A Taste of Winter in May...

Sun & clouds with gusty winds through Saturday. Maybe a stray shower Saturday. Colder with snow showers at times through Wednesday. Nicer weather possible by the weekend of the 13th-15th.

The active pattern continues to our north into the Pacific NW through Saturday. We have a storm moving in Thursday and again Friday into Saturday.

The storms are expected to mainly stay to our north through Saturday. We will see some clouds along with some sun and gusty winds. Ridgetop winds gusting up to 100+ mph by Thursday evening from the southwest, up to 70+ mph Friday, and dropping to 50+ mph by Saturday afternoon. Highs in the 50s at lake level and 40s for the upper mountains.

We could see a stray shower Saturday, but most models keep the precipitation to our north through Saturday. 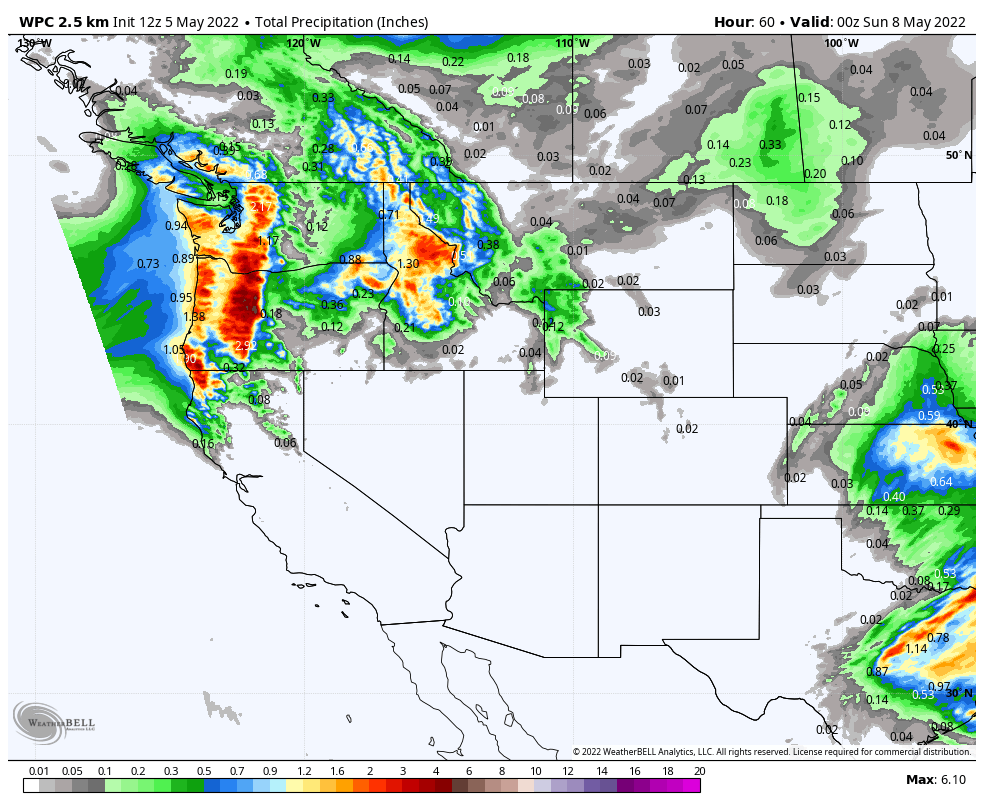 The latest forecast model runs continue to show the next storm for Sunday digging farther south into northern CA along with much colder air. The biggest change from the last post on Monday is that the models now show this cold trough hanging around through at least Wednesday, and possibly into Thursday. 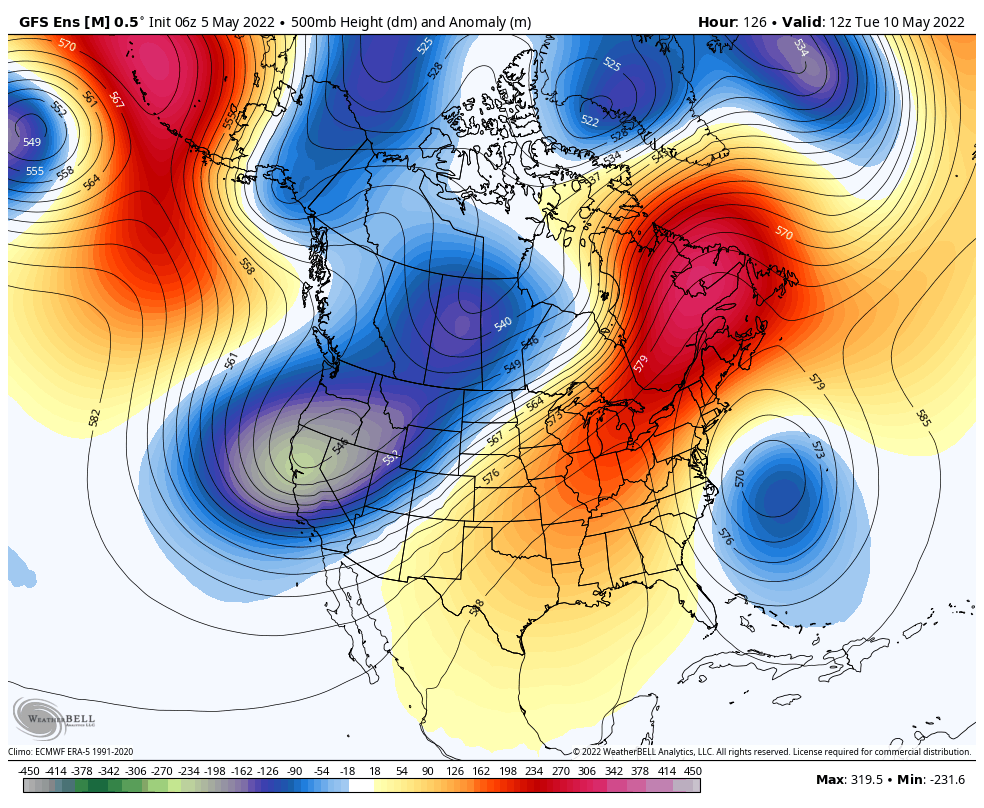 We may see the heaviest precipitation with the cold front on Sunday and then we could see unsettled weather through Wednesday with chances for snow showers as additional weak waves move through the trough. The daytime heating will likely help fire up some heavier isolated showers over the mountains each afternoon. 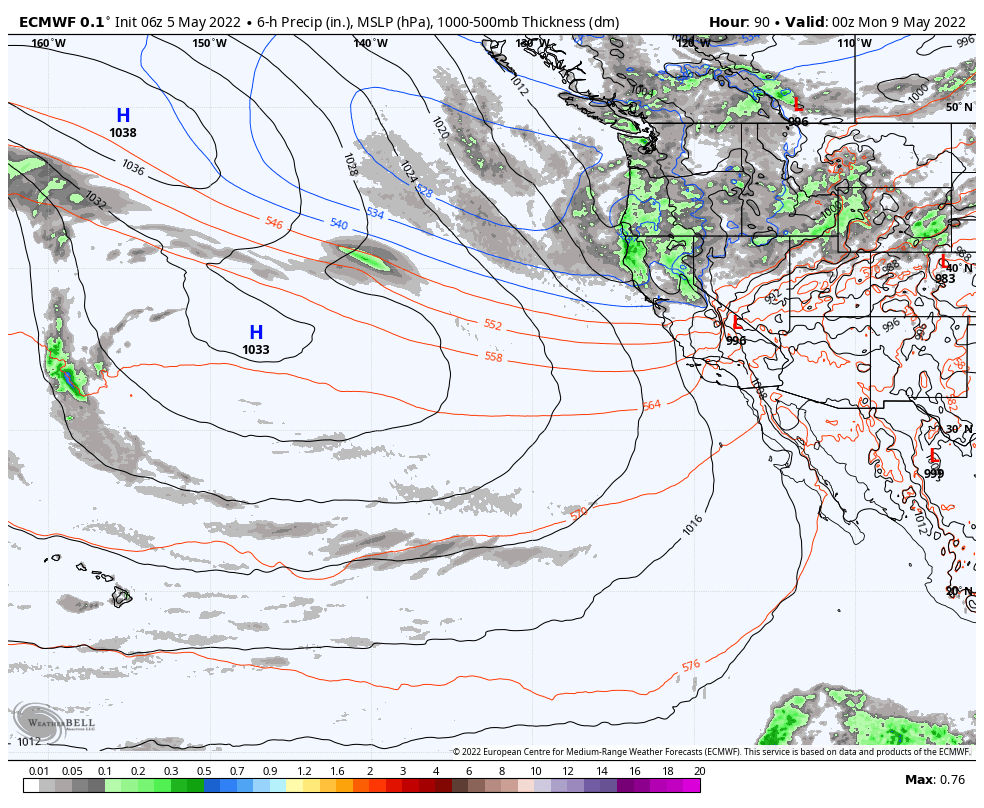 We could see some sun in between showers Mon-Wed and the strong sun angle will make it hard for snow to stick to areas not in the shade or where snow is already on the ground, a better chance at night. Highs only in the 30s and 40s through the period. Snow levels could fluctuate between 5000-6000 ft. during the day and 3000-4000 ft. at night. That means mostly snow showers to and below lake level through the period.

It's hard to forecast total precipitation amounts for the 4-day period because of the convective nature of the showers that are likely behind the Sunday system. There could be a big difference from one region to another. The Sunday system should be the wettest with up to 0.5" along the crest and then mainly 0.1 - 0.2" each day through Wednesday.

The total model average this morning is for up to 0.7 inches of total precip along the crest. The European control model shows this best this morning. 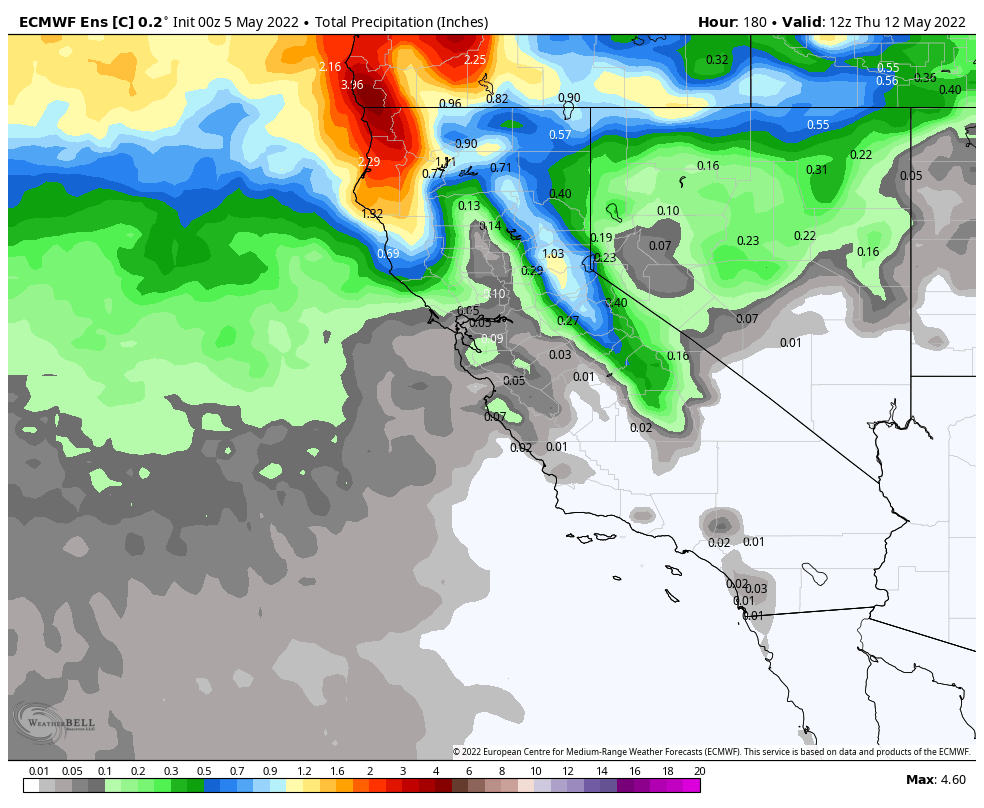 Snowfall amounts on the upper mountains could be 3-6" through Sunday night. Then 0-2" possible each day through Wednesday. The lower elevations will have a hard time seeing snow stick during the day and light accumulations are possible at night and on cold surfaces. If we see heavier bands of snow move through we could also see snow accumulate during the day for some areas.

Here is the initial snowfall forecast for the 4-day period based on the latest model runs. 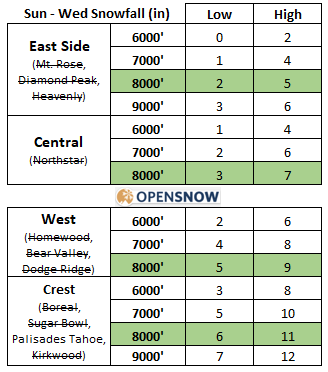 Of course, only Palisades Tahoe is open in the Tahoe region, and Mammoth down in the Central Sierra. Palisades is only open Fri-Sun. Ridgetop winds gusting up to 60-70+ mph during those days could close some upper mountain lifts this weekend. Breezy winds Mon-Wed but they should be lighter than over the weekend.

Some models keep cooler temps and a chance of showers into next Thursday the 12th, while others start to clear us out as high pressure starts to build back in.

The long-range models continue to show high pressure finally building in by the end of next week into the weekend of the 14th, and possibly staying over the region through the following week. 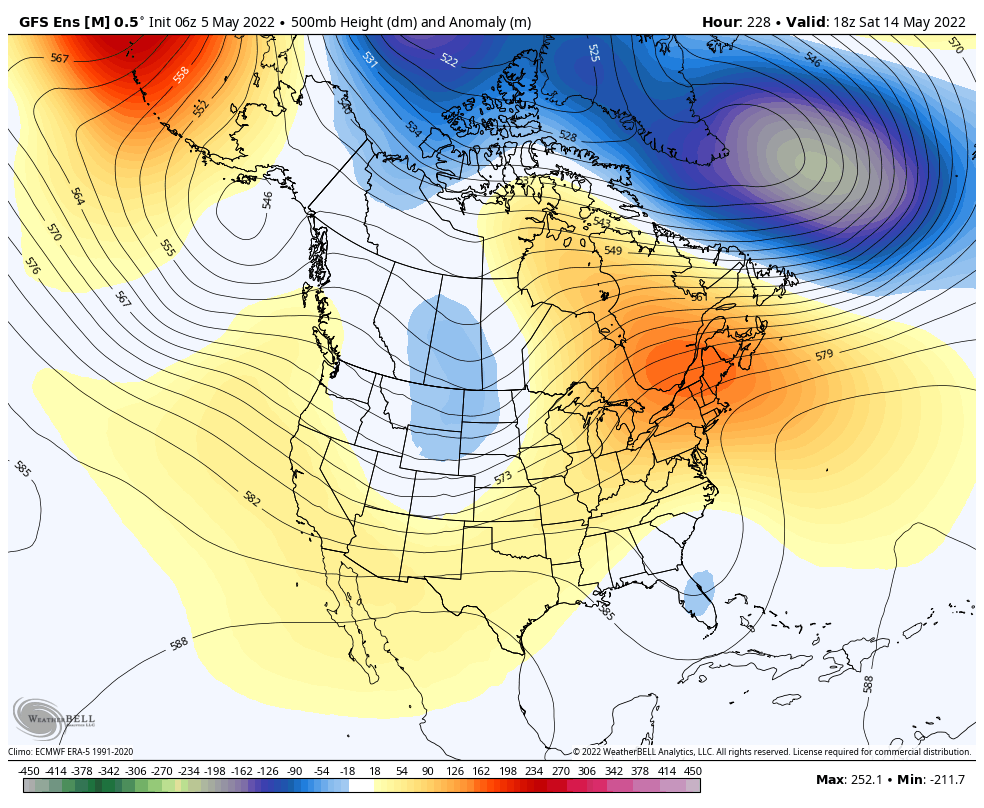 Some models suggest we could see additional cool troughs with unsettled weather later in the month. So we will keep an eye on that.

I'll update again over the weekend on the storms bringing back a taste of winter for next week.