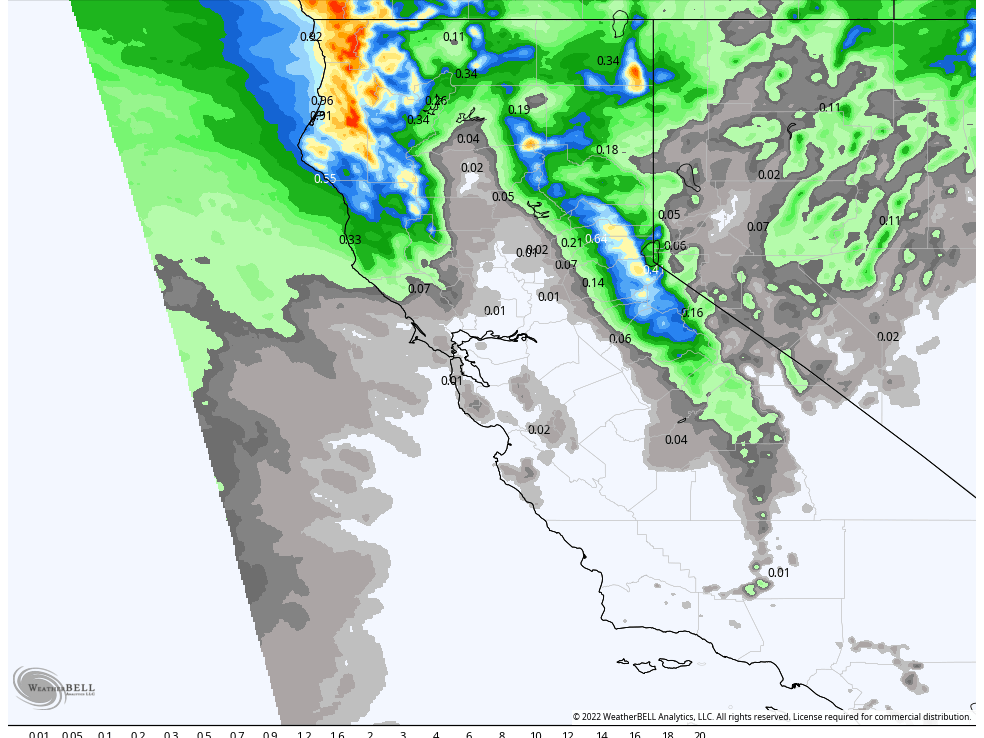 Colder with snow showers at times Sunday through Wednesday. Nicer weather is expected later in the week into the weekend of the 14th-15th, and possibly beyond.

Not much has changed in the forecast as a cold trough is moving into the region this weekend. That is bringing gusty winds and then colder temperatures along with snow showers will move in Sunday. 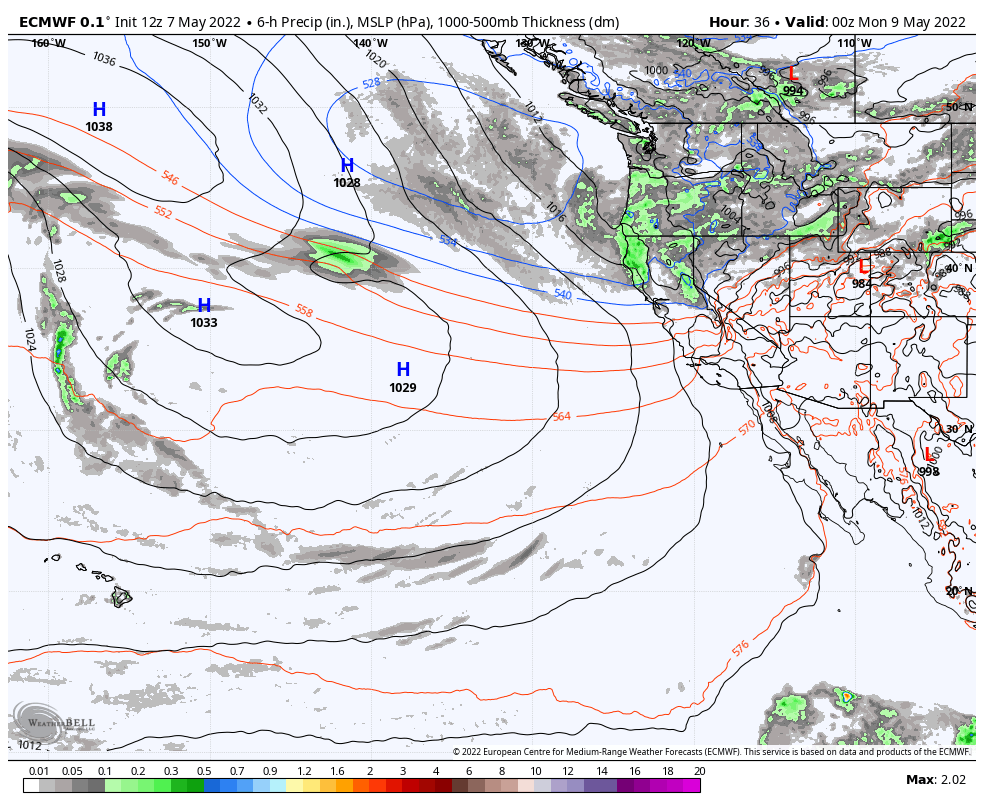 Highs drop into the 30s at lake level and 20s for the upper mountains Sunday through Tuesday, and then 30s & 40s for Wednesday. Ridgetop winds gusting up to 70+ mph Sunday and then breezy but with lighter winds starting Monday.

The first system moves in Sunday morning into Sunday night. This looks to be the wettest system. Then additional weaker systems move through Monday - Wednesday continuing the snow showers at times. The heaviest showers are expected over the mountains, and possibly during the afternoons. The Tuesday system is trending a bit wetter on the latest model runs.

Each system overall is weak. The Sunday system could bring up to half an inch of total precip west of the lake along the crest and up to 3 tenths to the east side of the lake. 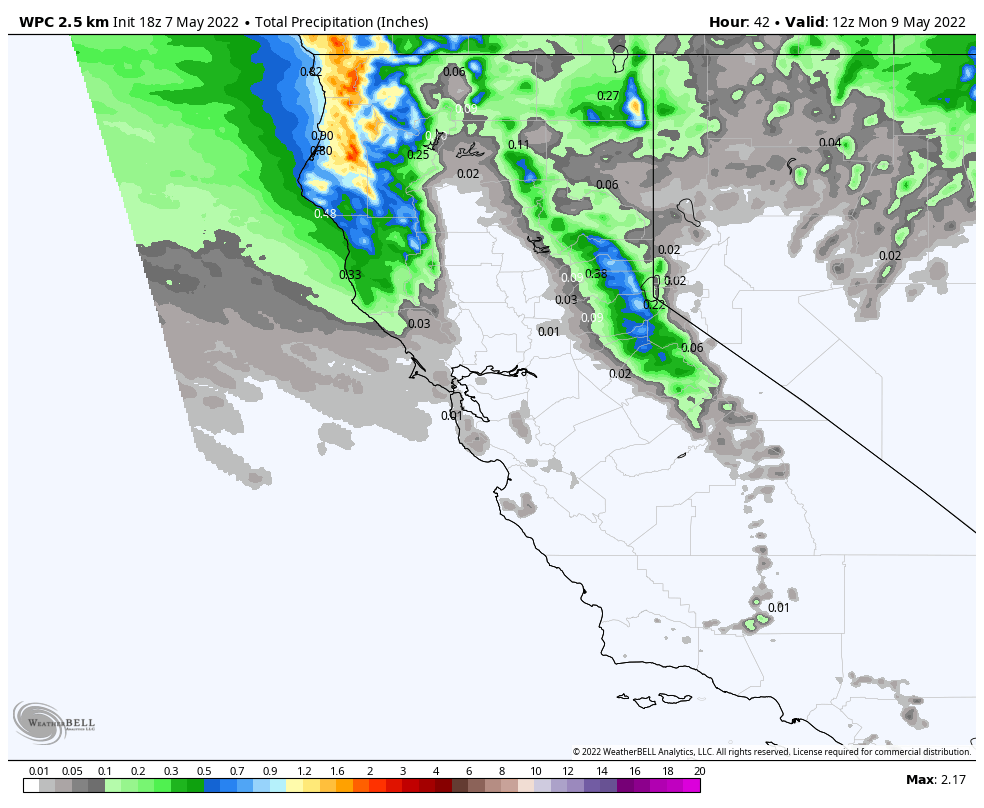 Snow levels start out below lake level and drop to around 4000-5000 ft. by Sunday evening, and then below 3000 ft. Sunday night. That is really low for a storm in May! That means we expect all snow even though it will still be harder for snow to accumulate at lake level and on warmer surfaces during the day.

We could see around 2-8 inches of snow on the mountains by Monday morning. Then lighter and more scattered showers Mon-Wed with even the sun peeking out at times for some areas. Only a dusting up to an inch or two is expected each day on the mountains. Tuesday we could see a bit more with up to 2-4 inches of new snow.

Total precip amounts on the latest model runs through Wednesday show a range of 0.5 up to 1.4 inches along the crest, and 0.3 up to 1 inch on the east side of the lake. The GFS model is the wettest as usual. The total model average is around 0.8 inches along the crest over the 4-day period. 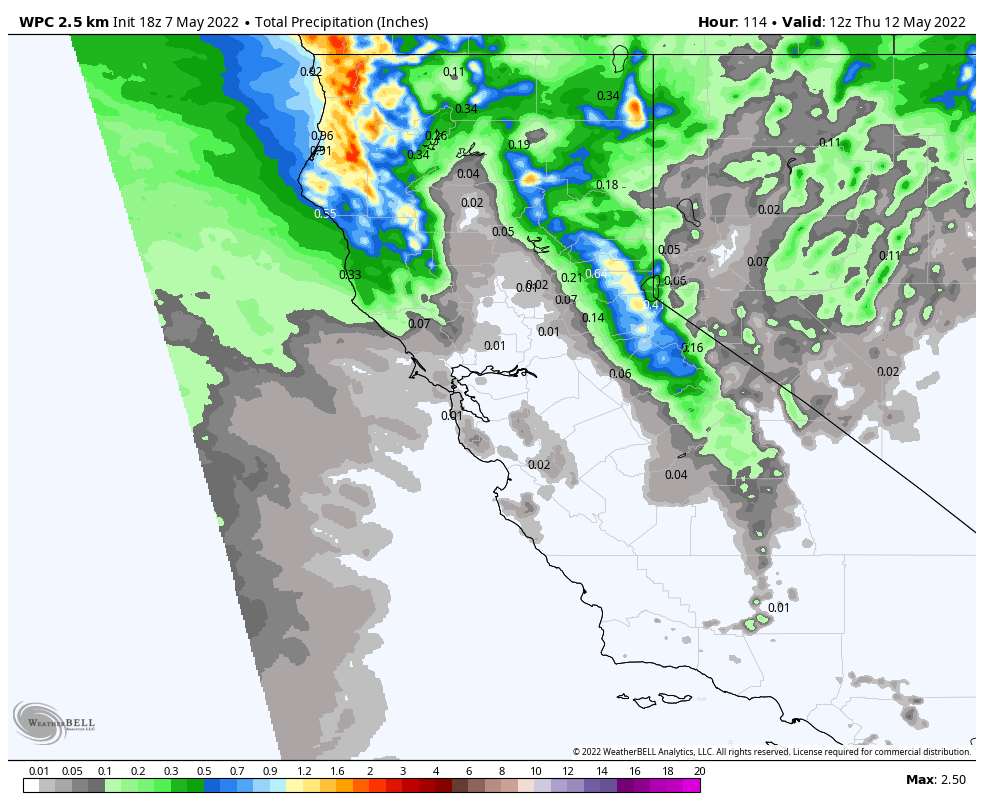 Snow levels could fluctuate between 5000-6000 ft. during the day and 3000-4000 ft. at night. So all snow to lake level is expected through most of the period. But again, lighter amounts are expected mainly at night and on colder surfaces, but we could see a few inches accumulate. The forecast for the mountains hasn't changed much. 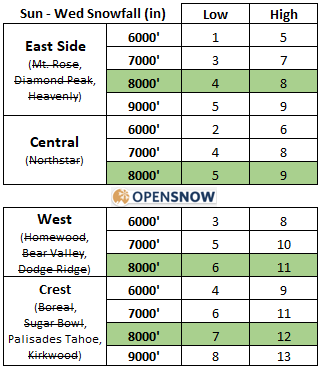 Some peaks could see a bit more if heavier showers set up over them. We will take a look at the 2 snowfall reports we will likely be able to get Monday morning, and then we can take a look to see if there are any changes to the forecast for only light amounts expected Monday - Wednesday.

High pressure starts to build in by the end of the week. Thursday could still be cool with highs in the 40s. Then warming into the 50s with sunny skies as we go into next weekend. 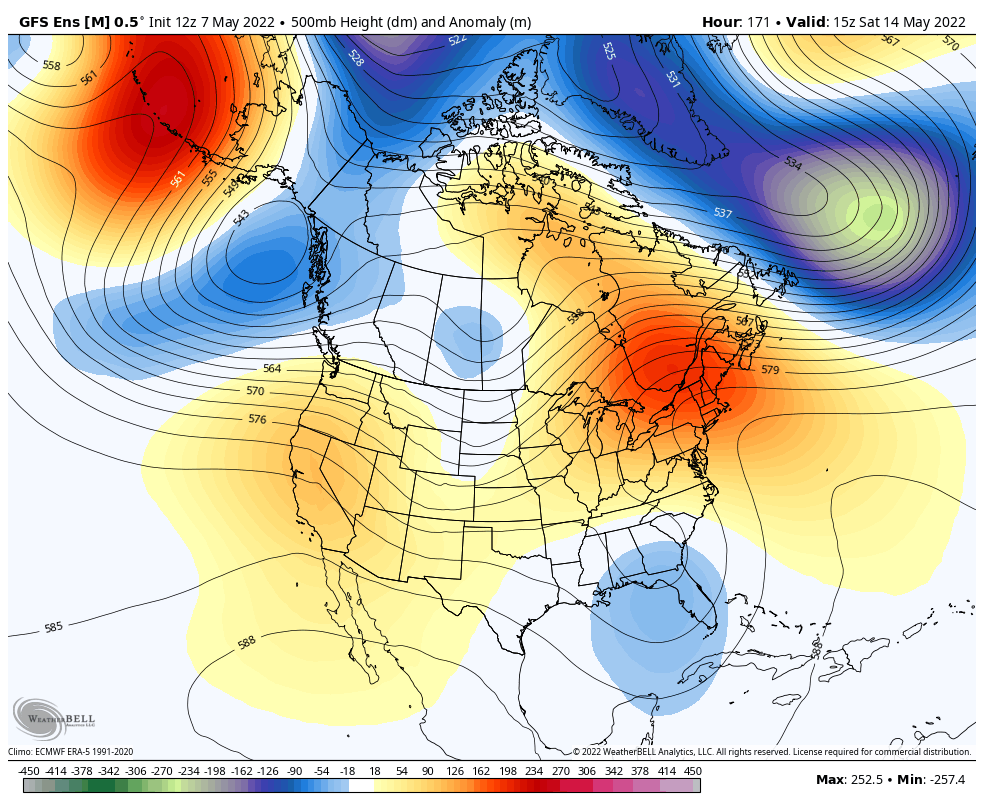 Additional troughs are possible later in the month, but right now it appears the storm track could stay to our north after this week. Maybe just shots of cooler air and gusty winds later in the month. We'll keep an eye out in case we could see any additional rain and snow.