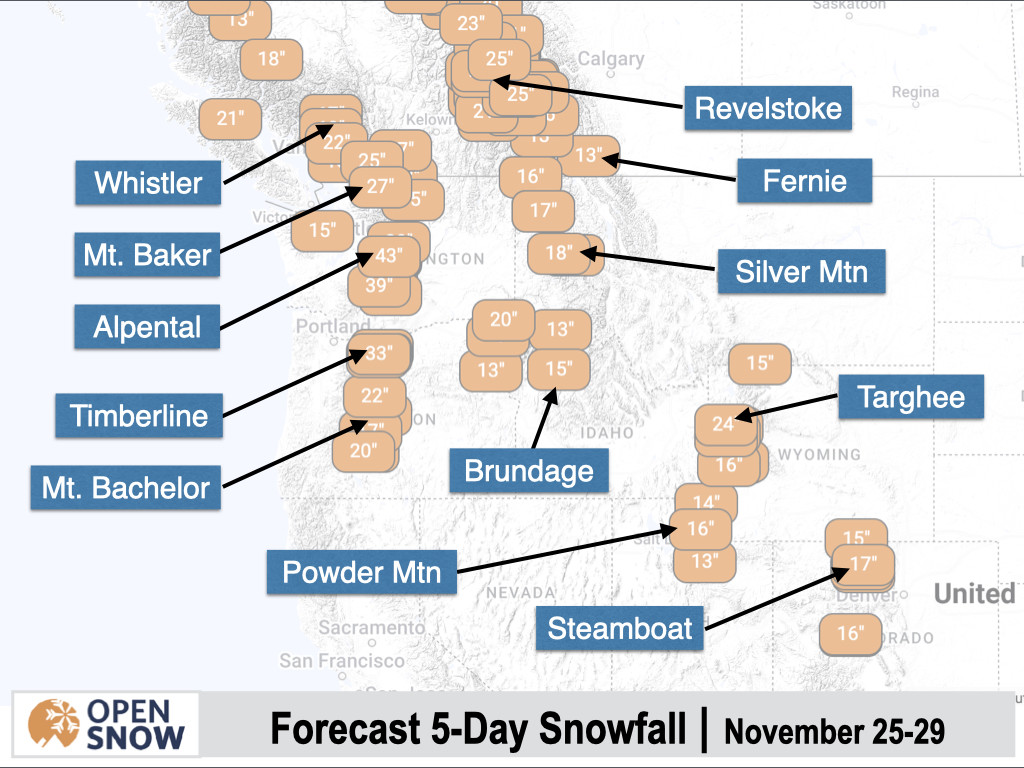 An active pattern is setting up across the Northwest with a strong storm expected this weekend followed by another storm around the middle of next week. The Cascades and Northern Rockies will benefit the most from this pattern, while Utah/Colorado will pick up some decent snow as well. Tahoe will be right on the fringe of the storm track. The Northwest will see alternating periods of rain & snow.

An active pattern is set to take hold across the Pacific Northwest with a moderate storm on Friday followed by a strong storm on Saturday-Sunday. This stronger storm will also impact the Rockies from Sunday night to Tuesday. Cold air arriving with this pattern will ensure low snow levels and good snow quality (low-density powder) by early next week. Check out our 5-Day Powder Finder to see where the deepest snow totals are forecast. 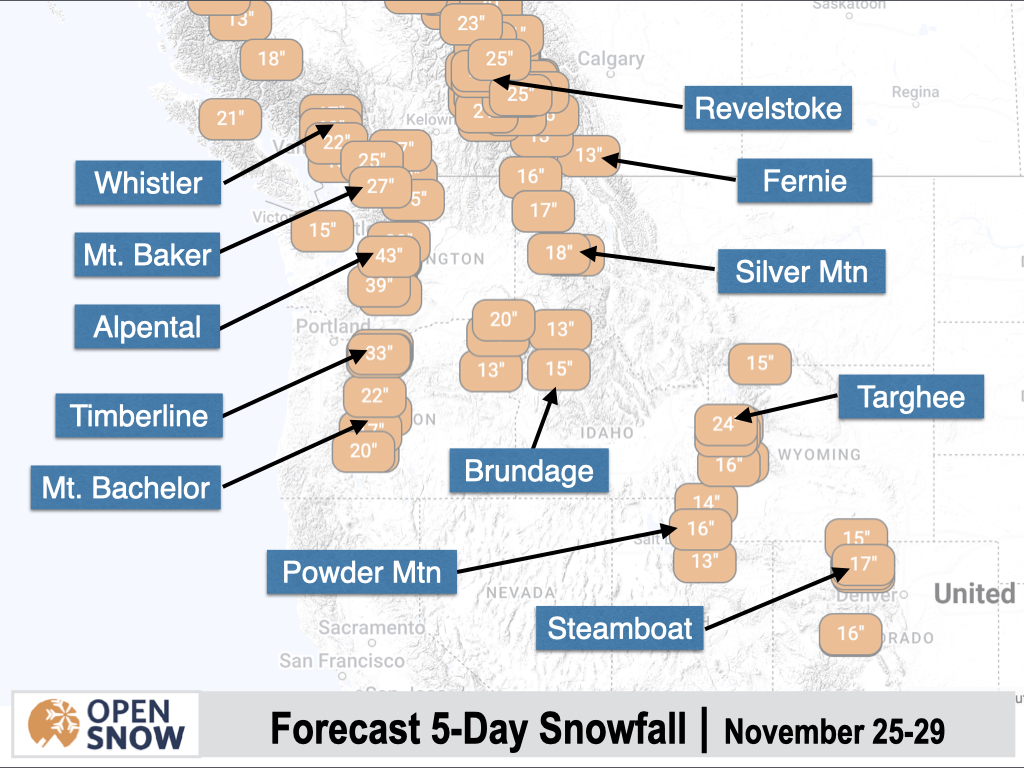 The next storm will impact Alaska and Northern BC from later Friday into Saturday with heavy snow expected. Across the East, a storm will bring rain to most areas on Friday, but colder air on the backside of the storm will result in a change-over to snow showers on Friday night and Saturday morning. 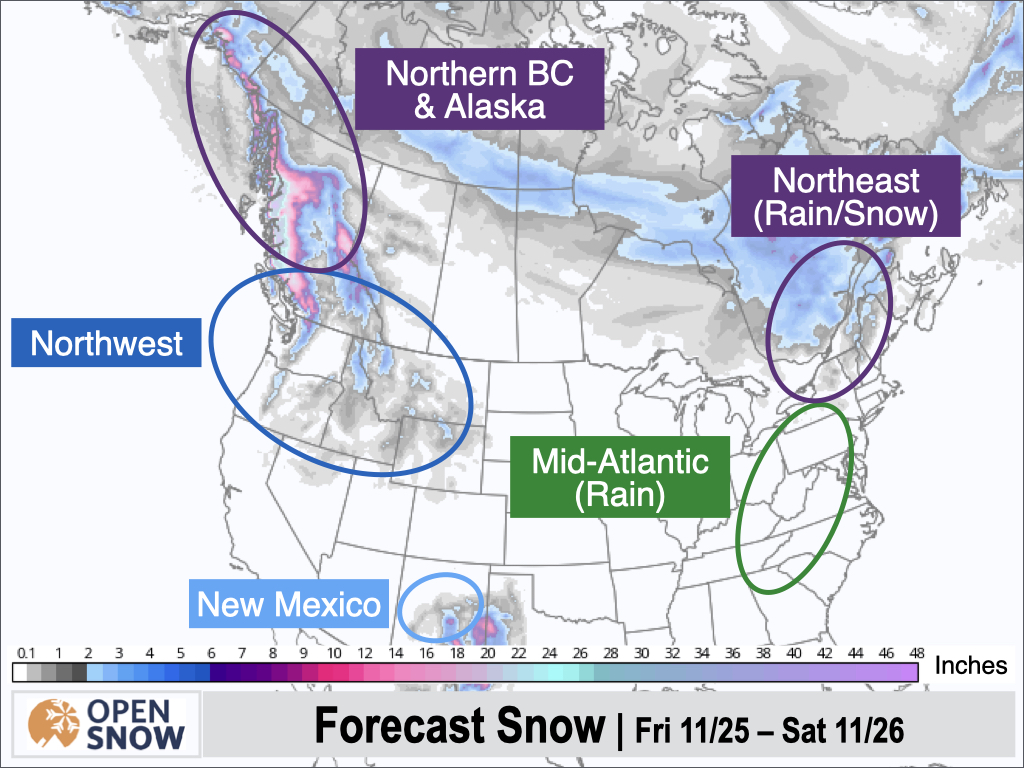 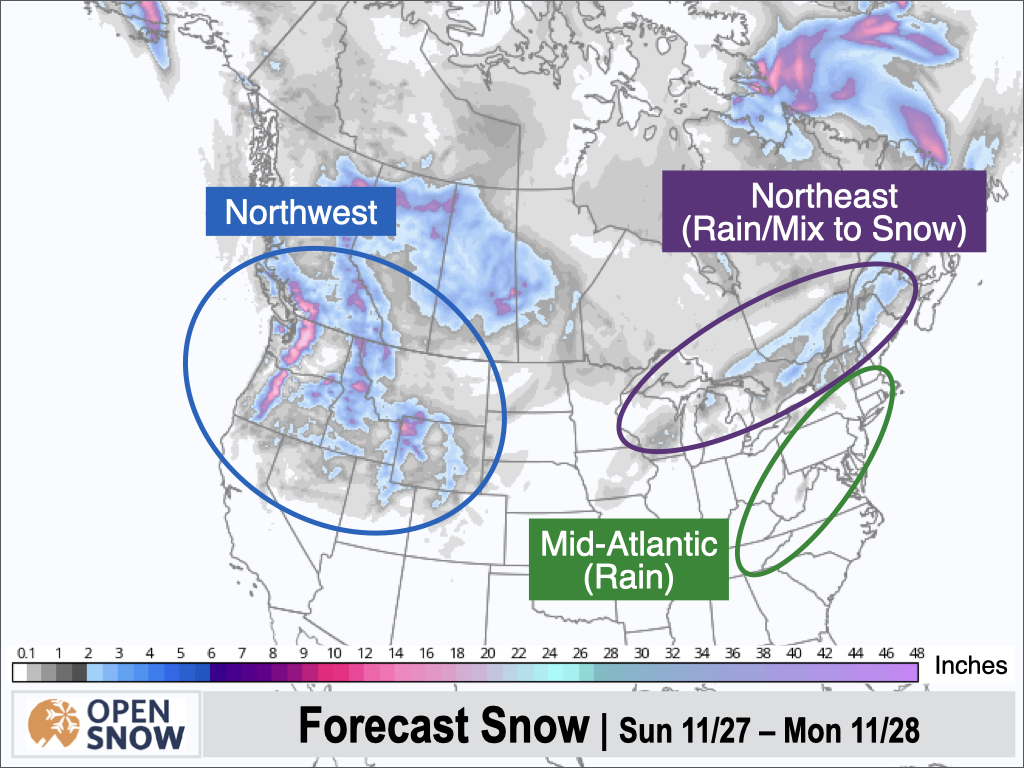 The Central Rockies (Utah & Colorado) will see moderate to heavy snow on Tuesday, then another storm will move into the Northwest on Wednesday with heavy snow expected across Washington, Oregon, and possibly Idaho. Tahoe may get in on the action as well.

A storm will bring rain to most of the East on Wednesday, while the Upper Midwest could see a nice round of snow on the colder backside of the storm. 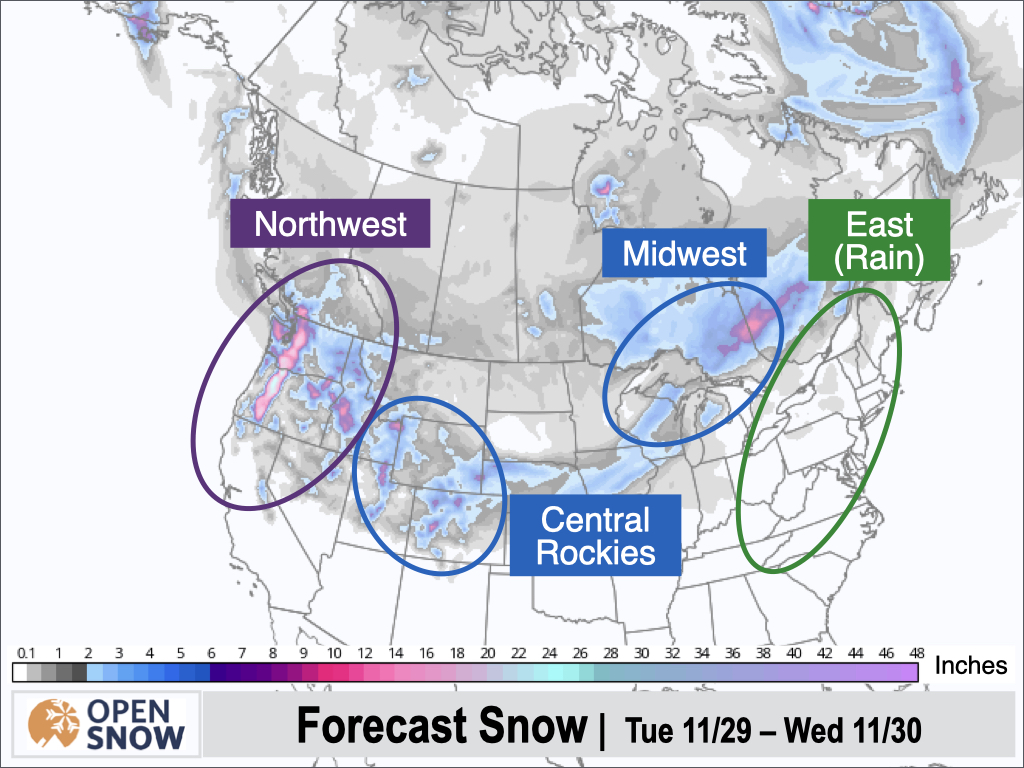 Confidence is lower than usual for this period due to poor model agreement, but a storm is likely to impact parts of the West during the early portion of this period (Thursday/Friday) with additional storms possible thereafter. The Northeast will continue to see an active pattern with additional shots of snow possible, but rain could still sneak into the picture at times. 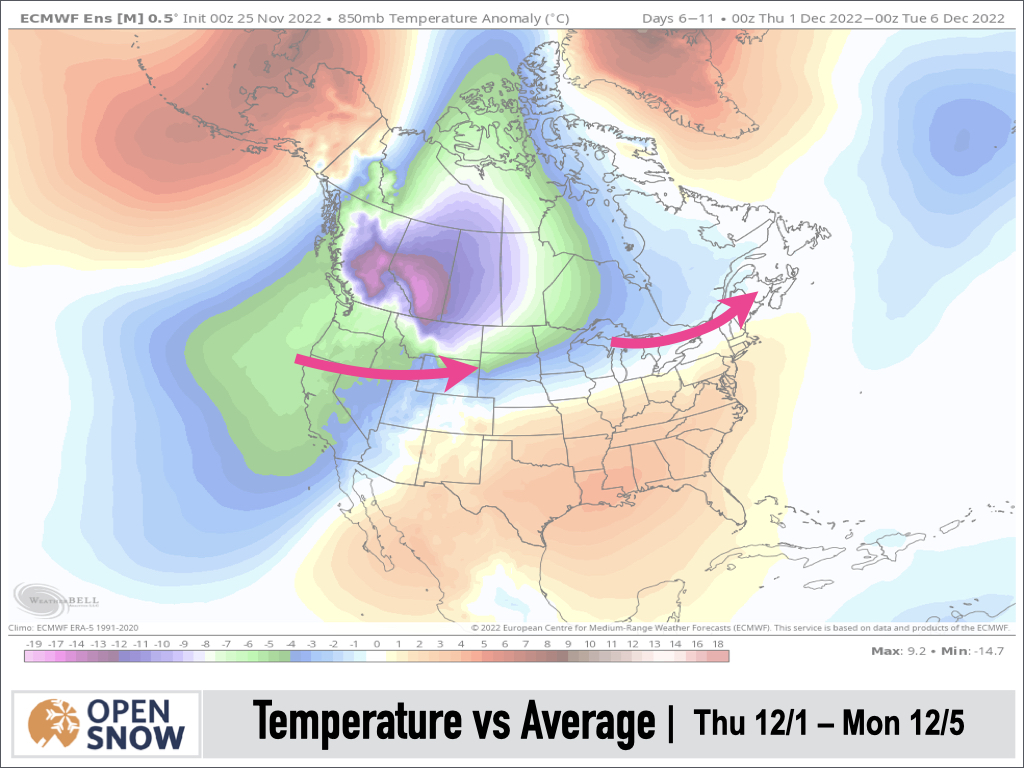