Heavy snow, rain, and strong winds for the West 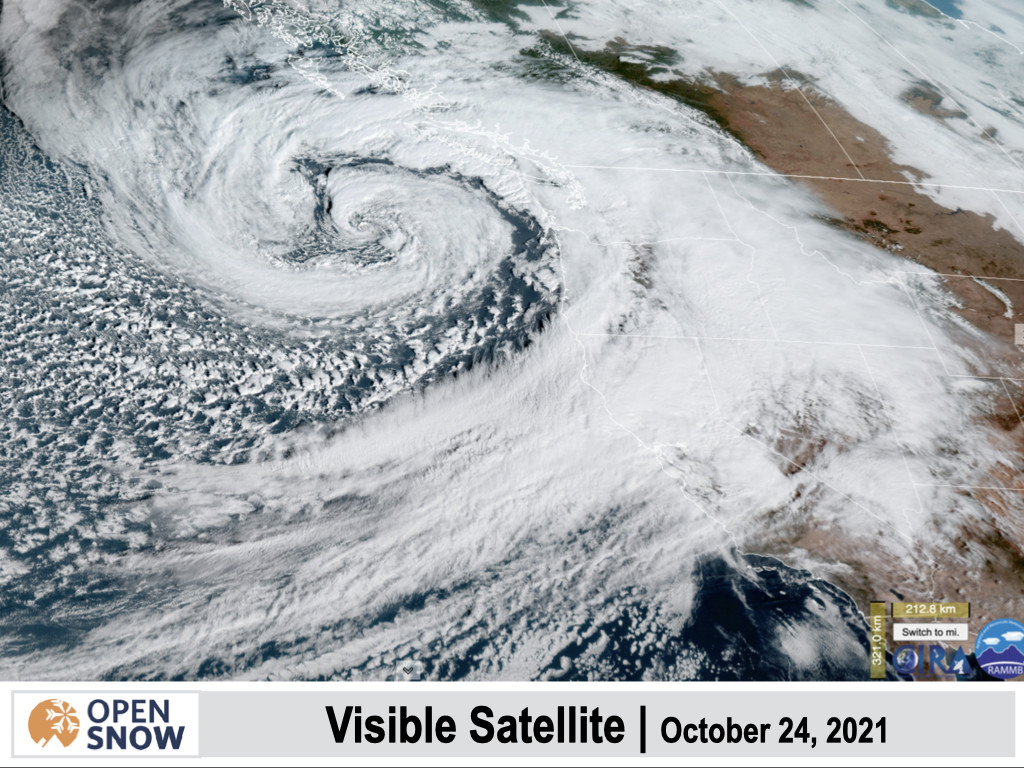 A well-advertised storm is impacting the West early this week with heavy, wet snow for the higher elevations and a transition from rain to snow for ski resort base areas. Additional weaker storms will bring snow to parts of the Northwest & Rockies mid to late week, then the pattern will shift next week with cooler and more unsettled weather for the East.

Big storm for the West early this week

We've been talking about a powerful storm and atmospheric river event for Tahoe and the West for a while now. The storm is now upon us and is producing heavy precipitation, high elevation snow, and wind gusts of 100+ mph for the higher elevations of the Sierra and Cascades. Check out the visible satellite image as the storm made landfall in the West on Sunday. 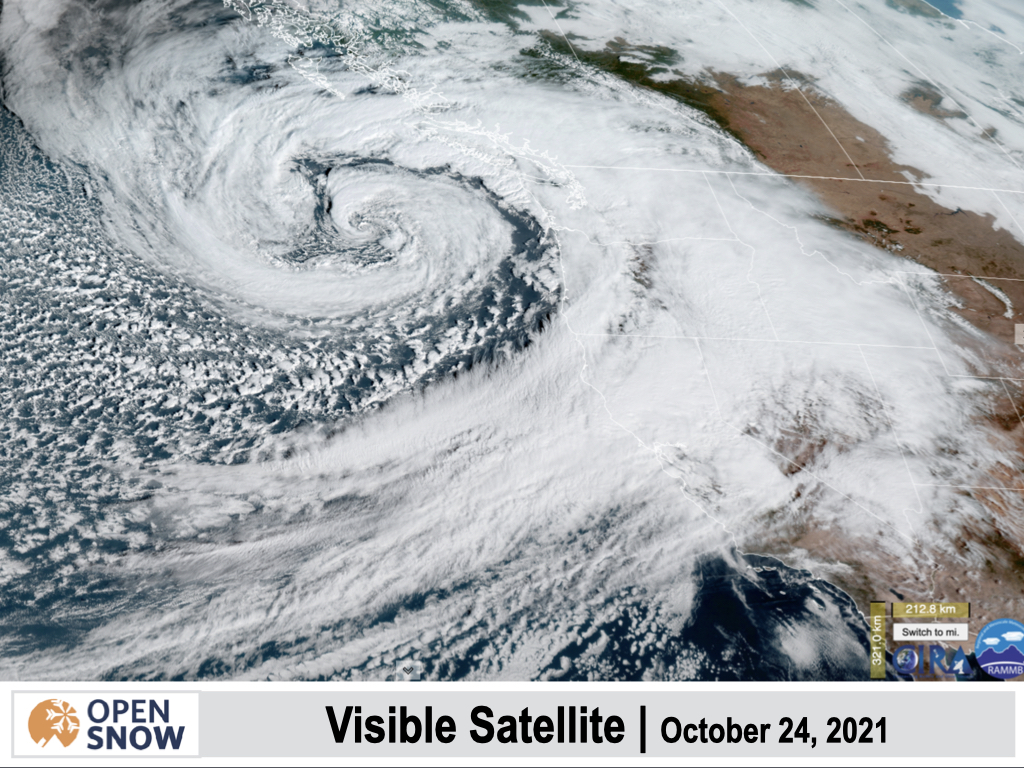 A large portion of the West will see heavy precipitation on Monday. A cold front will also move from west to east on Monday and Monday night with falling snow levels and rain changing over to snow at ski resort base elevations for many locations. Colorado will be the last to get hit with this storm and will see most of its snow on Tuesday.

A second disturbance arriving from the northwest will lead to additional snow showers over the Pacific Northwest and Northern/Central Rockies with cold air and lower snow levels in place. A storm will hit New England early in the week and higher elevation areas could initially see some snow to start on Monday before changing over to all-rain. 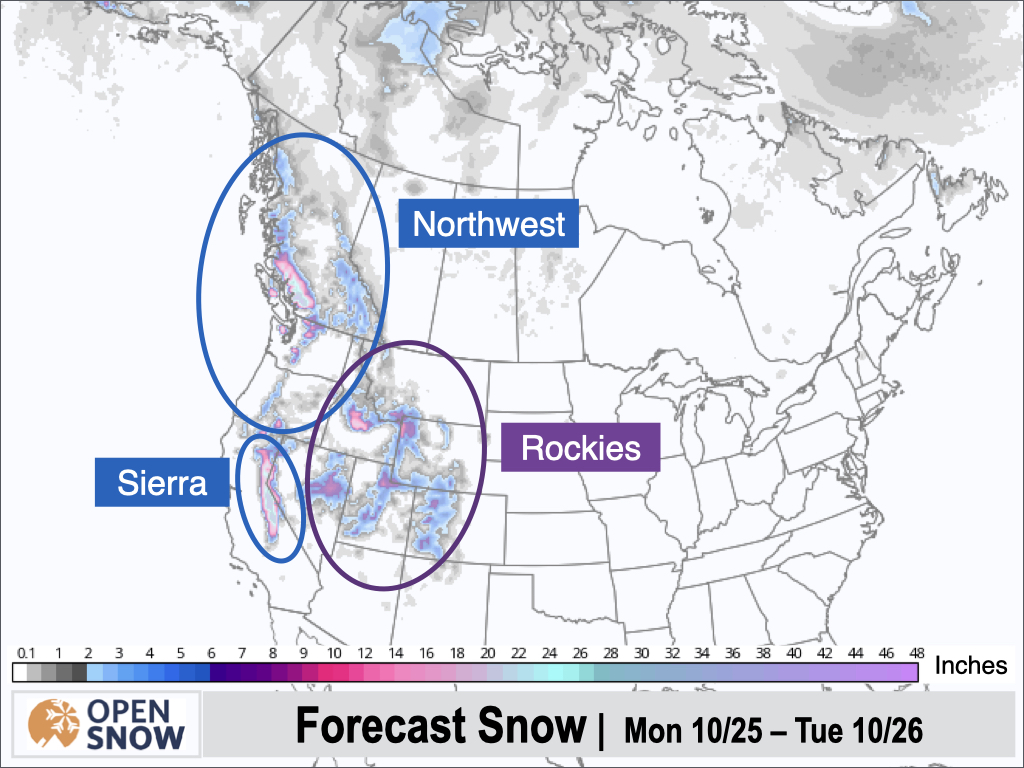 An active northwest flow will remain in place over the West with additional rounds of snow showers expected across the Pacific Northwest and the Rockies. Warmer air will arrive on Thursday with some of the lower elevation ski areas in the Northwest seeing a transition to rain or a rain/snow mix. 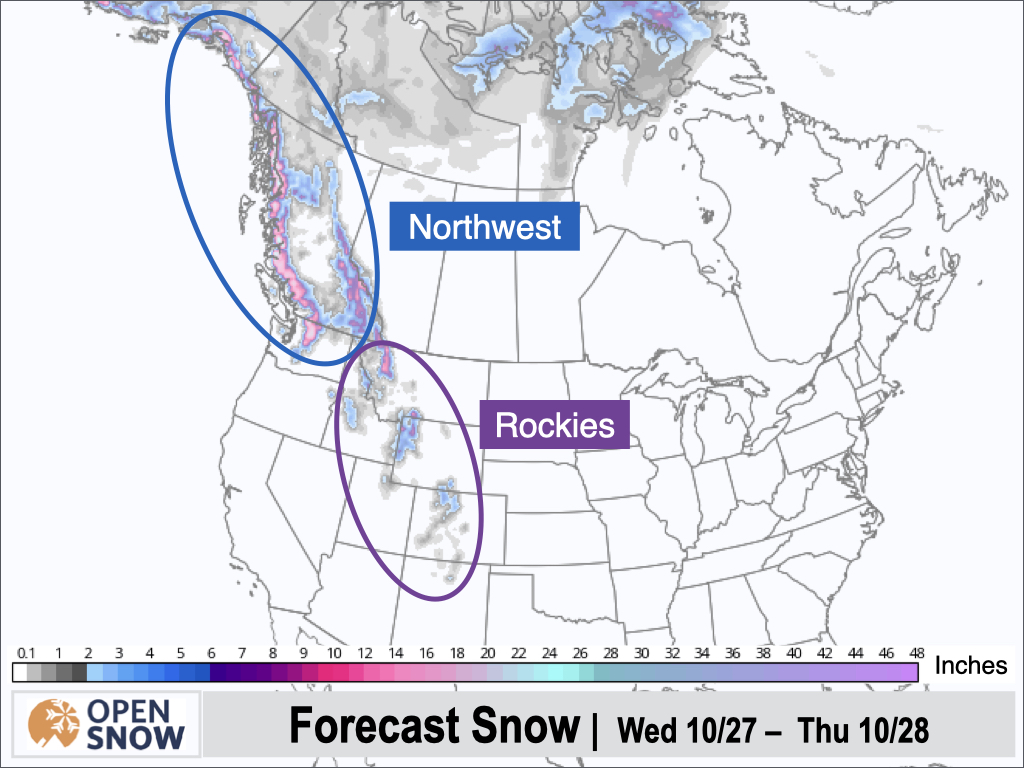 Another weak storm with relatively high snow levels will move across the Northwest and Northern Rockies on Friday and Saturday. Colder air sliding down the eastern side of the Continental Divide along with good upslope flow will result in heavier snow potential for the Canadian Rockies on the Alberta side. Alaska will also be hit by a strong storm with deep totals possible. 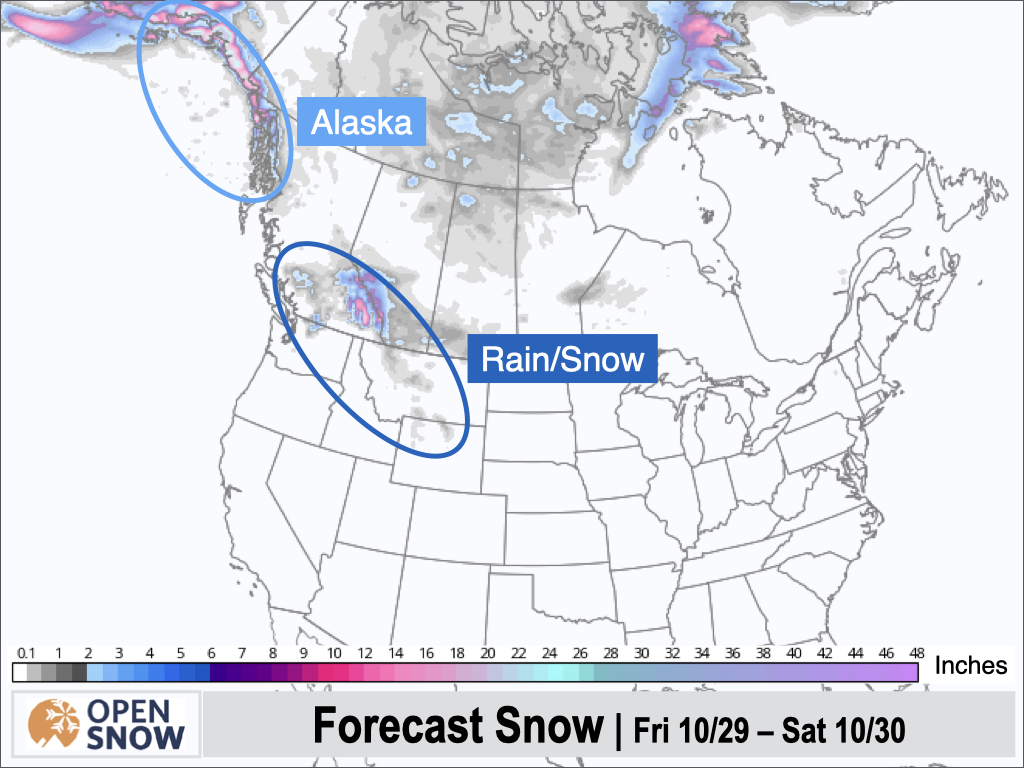 The pattern will turn warmer and drier across much of the Western U.S. during this period with the storm track shifting northward into Coastal British Columbia and Alaska. However, we could see a weaker storm or two slip down the eastern side of the Continental Divide. The Eastern U.S. will also turn cooler and more active with high elevation snow possible at times. 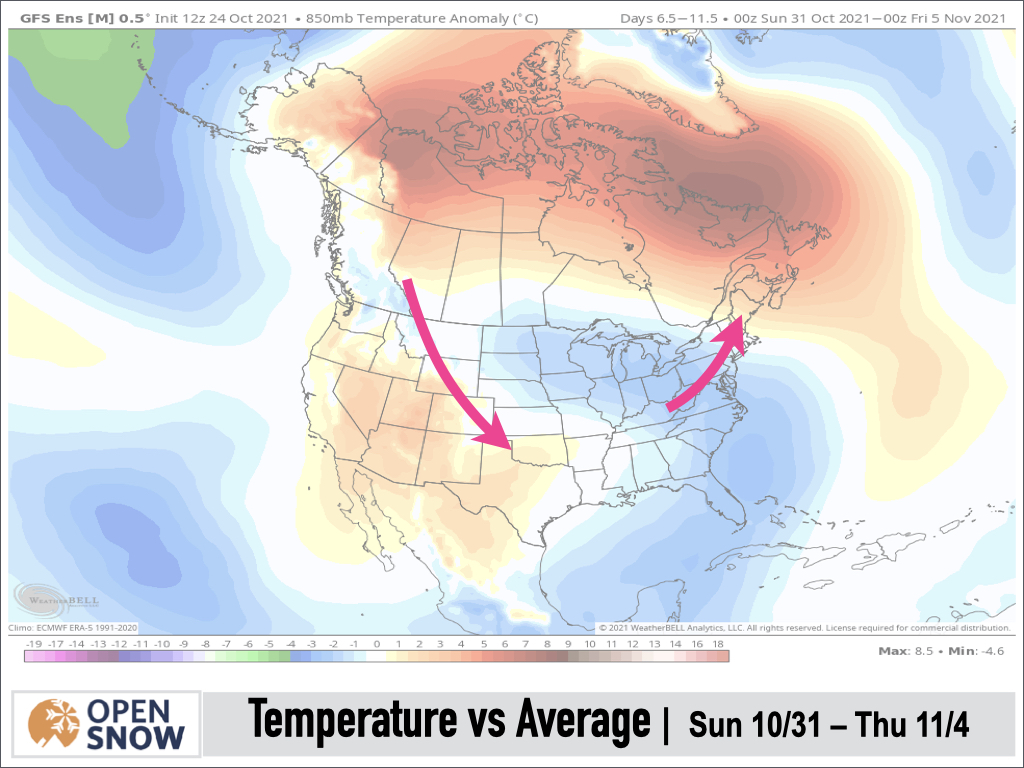 Thanks so much for reading! Next update on Wednesday (10/27).