Over-performed, more on the way! 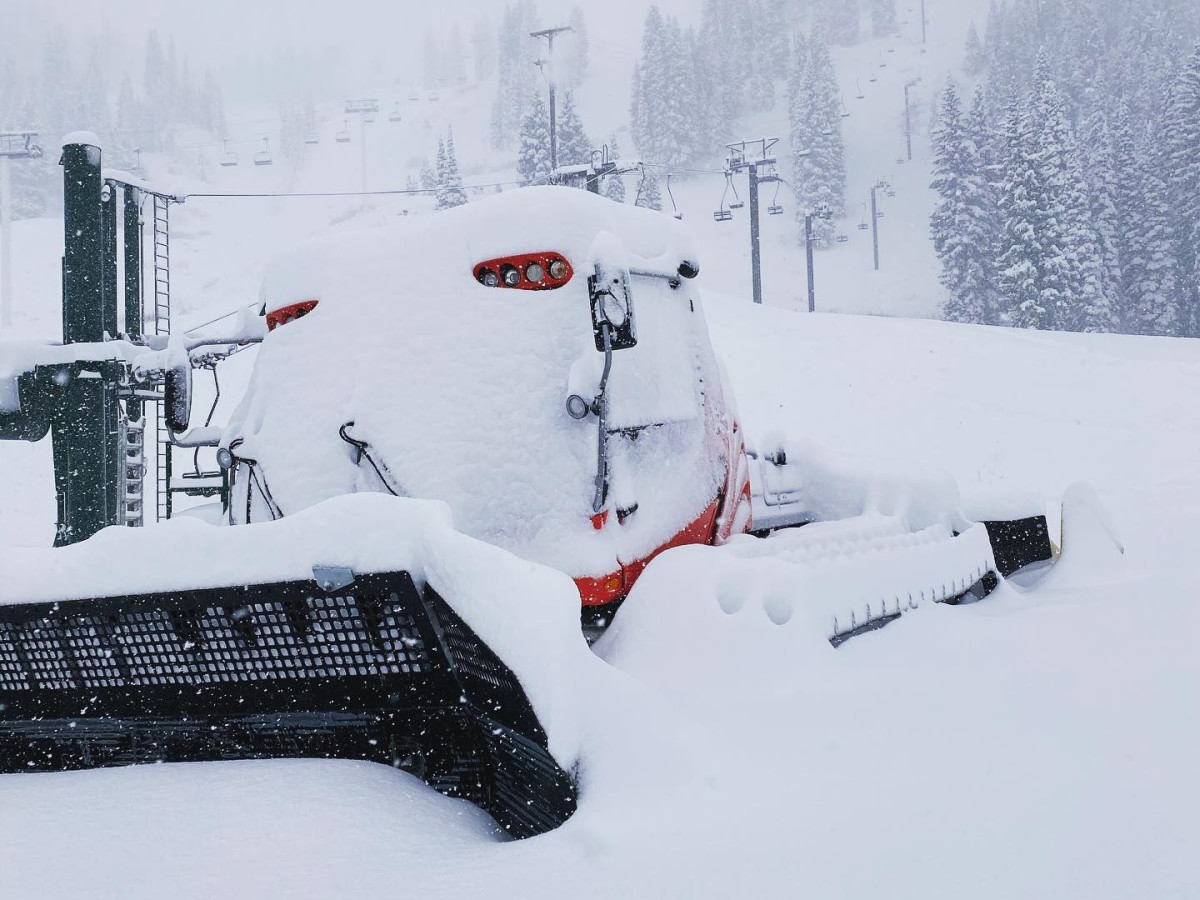 Most Utah mountains received significant accumulation. More snow is on the way over the next week along with continuing cool temperatures.

Solitude Mountain Resort is Utah's "Home to the Powderhounds." Kickoff the 20/21 winter season with a ski-in/ski-out hotel room for only $99 a night at The Inn at Solitude. Available November 19 to December 17. Visit SolitudeMountain.com to learn more.

Our storm yesterday did very well for most locations. It's difficult for me to get exact reports considering ski areas themselves are generally not reporting. Still, plenty of reports of close to or over a foot of snow throughout the high elevations of the Wasatch. Alta is reporting 27" storm total. I went up there yesterday and measured 24" and it continued to snow for several more hours, so that seems accurate to me. Here is a photo I took: 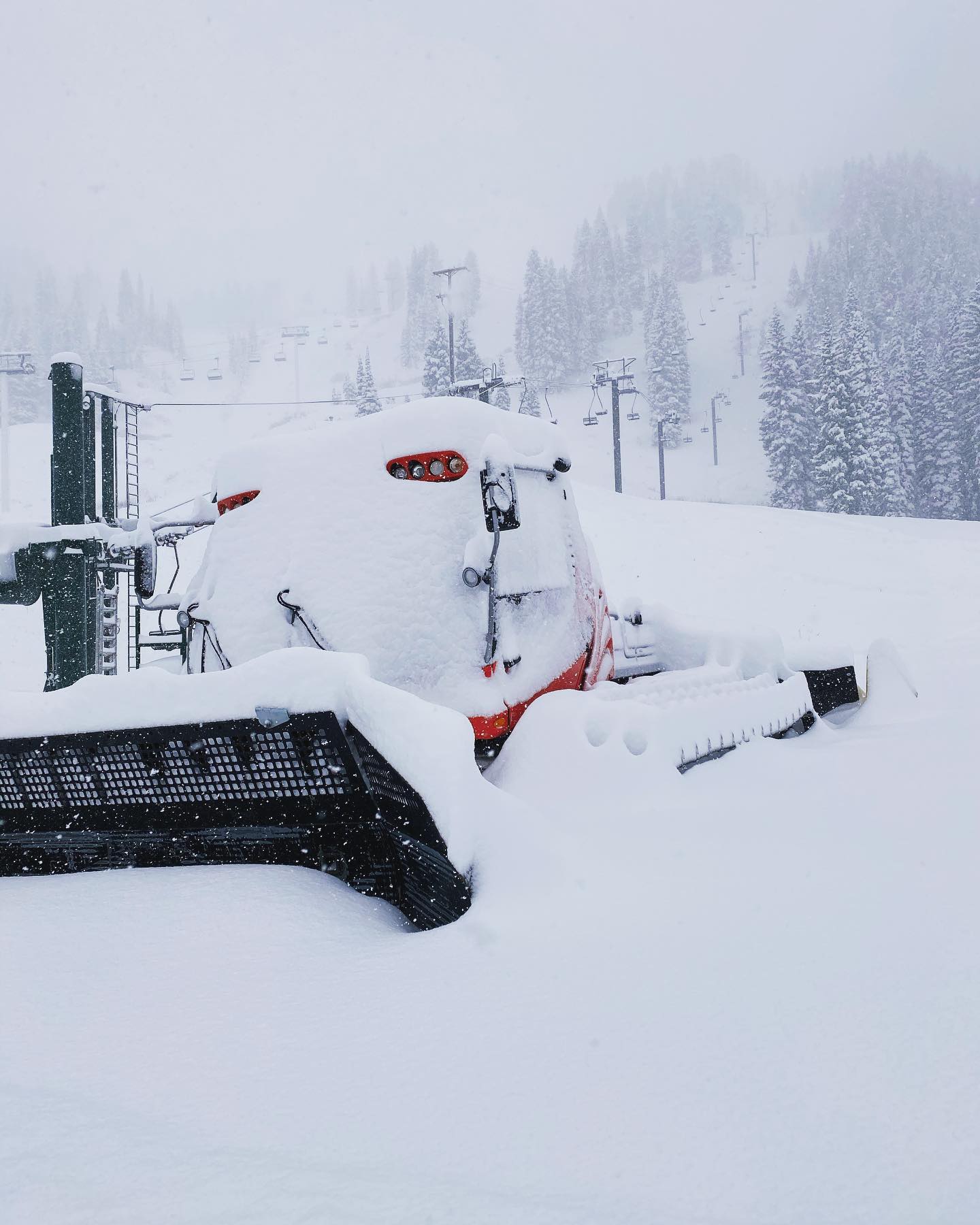 It was gorgeous to see. There were plenty of people up enjoying it as well.

The rest of this week will remain cold so snow quality will stay intact. This will also allow resorts to blow snow all week if they so desire.

Today, we could see some snow showers lingering in a somewhat moist and unstable environment as our system moves into eastern Utah and Colorado. Don't be surprised to see some snow again today.

We have a bit of a break tonight, but snow could develop again on Tuesday in the mountains. It should be mostly light, but a couple inches will be possible. We are also going to be clipped by a system on Wednesday, so additional snow is possible in far Northern Utah (generally north of SLC).

We have a more pronounced break Thursday and early Friday before a potentially stronger system moves in for the weekend.

The weekend should feature another storm with potential for significant mountain snow. There are a lot of questions with regard to how this system evolves. But we should start to see potential for accumulating mountain snow late Friday or early Saturday. You can see that even within a single model, the ensembles are still all over the place: 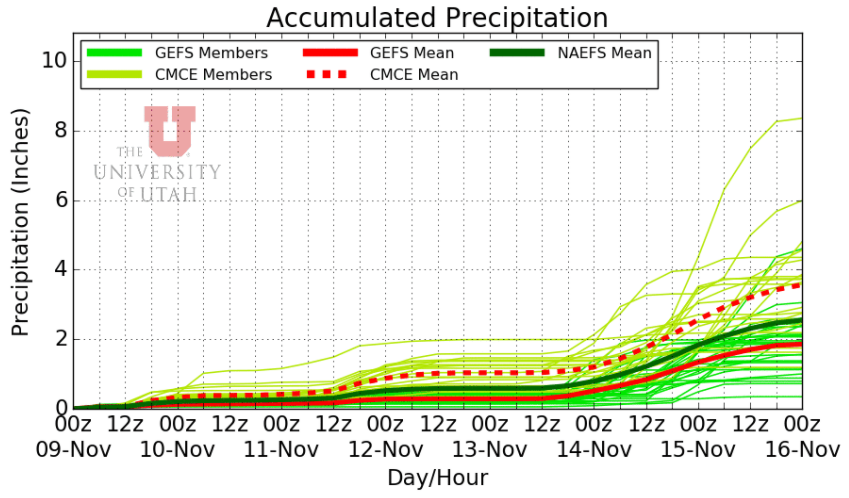 Essentially we have a range of QPF (liquid forecasted) from 0.25" to well over 2". With a mean (solid red line) of about 1.75". That would suggest a healthy storm is possiple, perhaps likely. But there's just too much uncertainty at this point for me to lock it down. Still good news for snow lovers. I think resorts will be ready to open from a snow perspective.

For those of you wondering how Gov. Herbert's new regulations impact our ski season. I'm not quite sure yet if they do or not. Still waiting to hear from ski areas if everything goes ahead as scheduled.