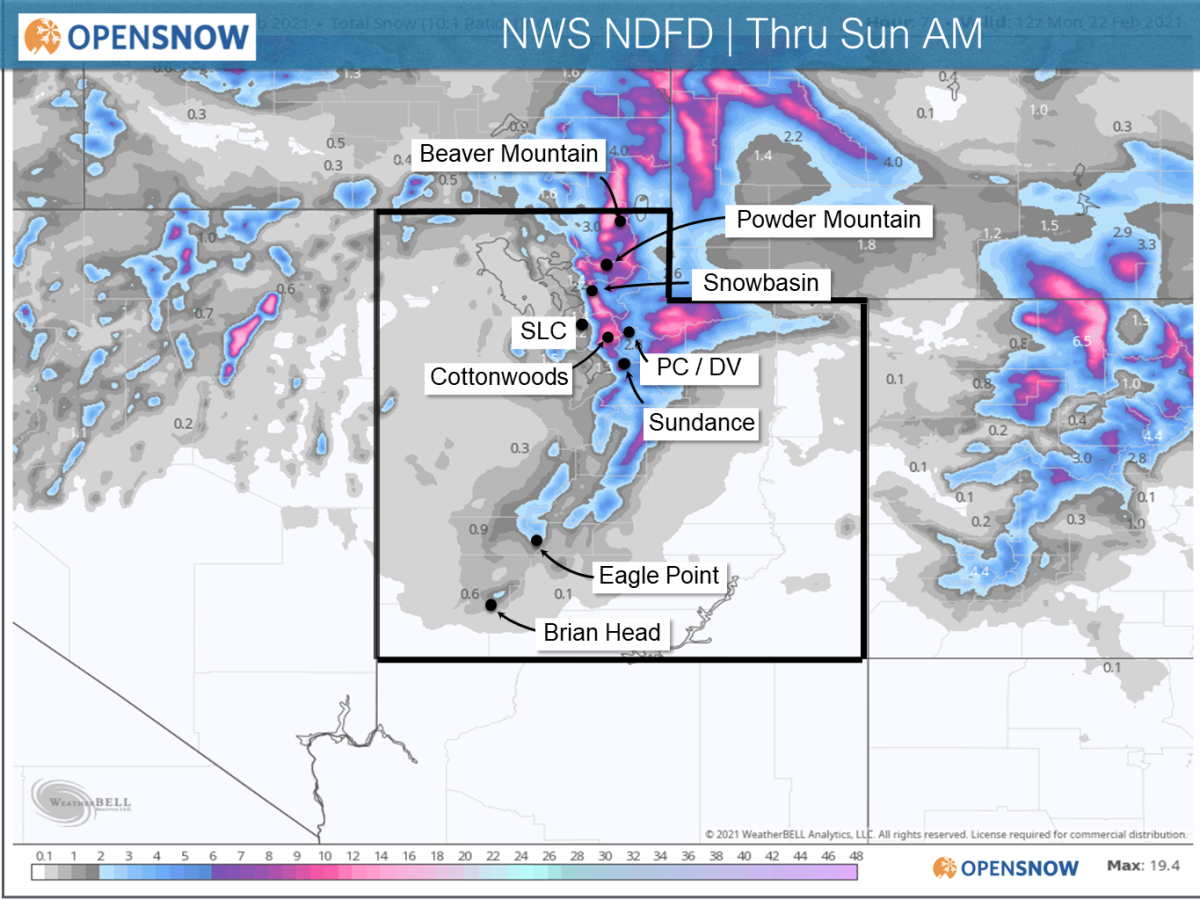 We have a weak system that is moving through Northern Utah today with snow showers. Another, slightly stronger, storm for Saturday. We then have a break late weekend into early next week before chances for snow return.

I am free! Yesterday, at about 10:40 AM, they finally lifted interlodge and we all raced to the lifts to finally score tracks in the 5 FEET of fresh that awaited. The road remained closed for another 4 hours and those of us who had endured 60 HOURS of interlodge had the reward of a country club day. Here is a look down the Wildcat Chairlift to the Alta parking lot:

It was crazy to see a completely empty parking lot save for employees and guests, whose cars were buried to the point of barely being visible.

The snow was as deep as you can imagine, though maybe not quite as blower as it had time to settle a bit, but still... amazing! Here is a photo of my friend, Andi, getting deep under a clear blue sky: 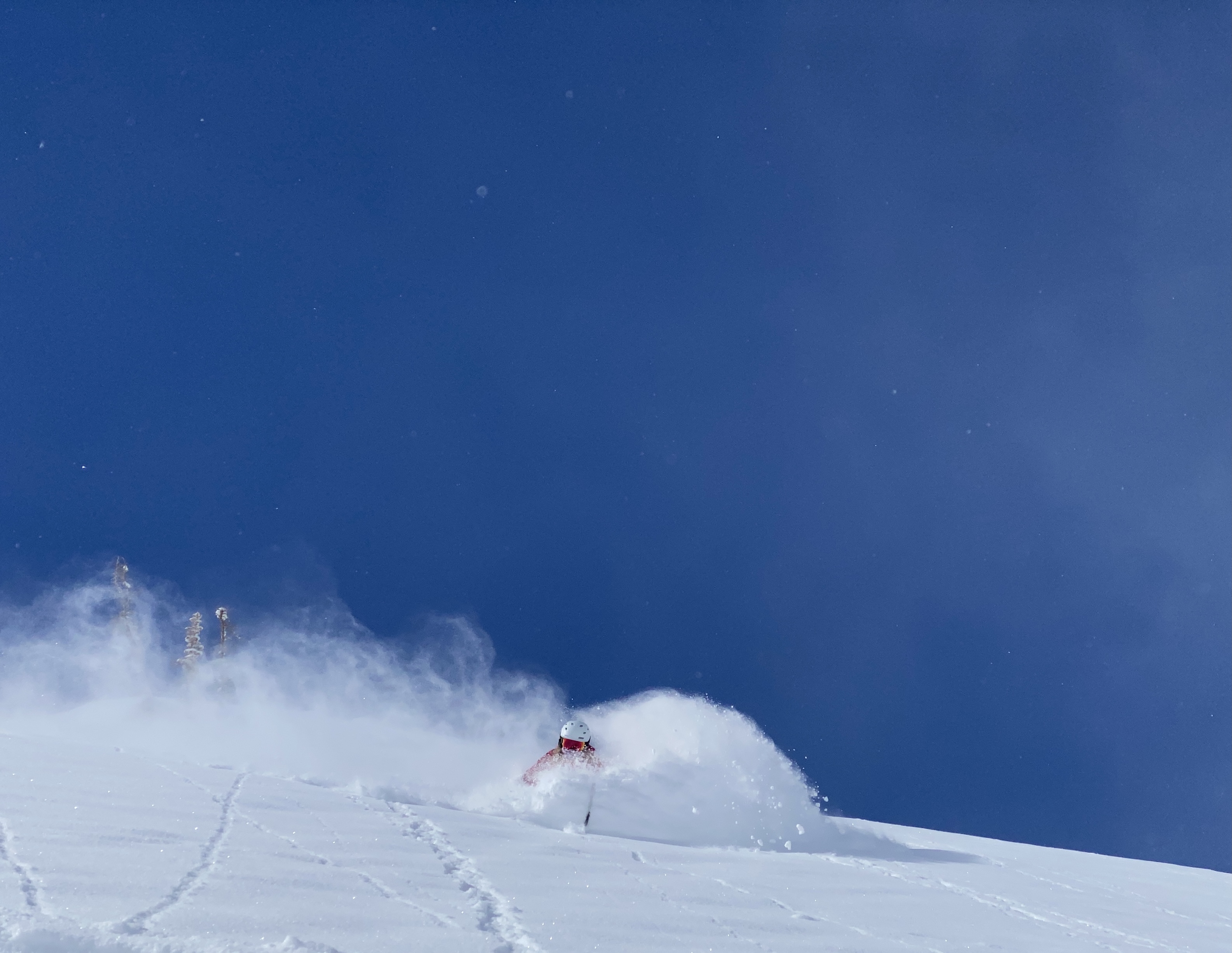 The question I keep getting asked is, "Was it worth it?" For me, it probably would have been worth it last year. But as good as the skiing was yesterday, it's hard for me to say it was worth it. I have a 5-month-old son and he was home alone with my wife the entire time. I missed him quite a bit. I definitely wouldn't do it over again, that's for sure!

But, the storms certainly helped our snowpack. Here is an updated look at the statewide basin numbers: 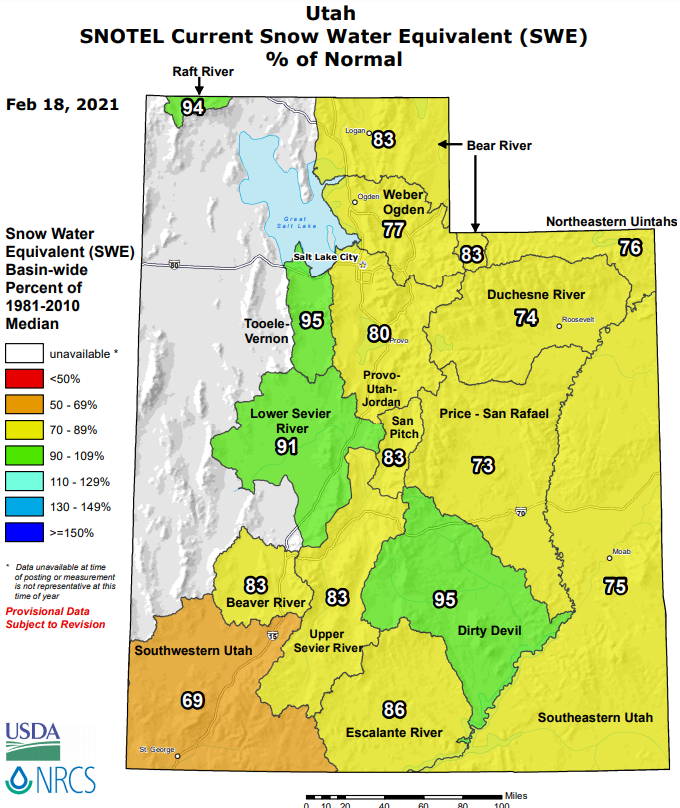 For the first time in a long while, we actually see some "green" zones. We are still below normal across the board, but we are much closer to normal. These numbers are at least somewhat respectable and help to alleviate *some* of the drought concerns. Here are some more specific numbers from a few select snotel sites:

Snowpack numbers are way better, but still below average across the board. https://t.co/mHvH8dBPLq

Snow showers are falling today in northern Utah mountains. Most snow will fall primarily this morning before we see clearing in the afternoon. This is a very weak wave and most locations will only get 1-3". There is a chance a few places could get up to 5" but I wouldn't hold your breath on that. Still, a bit of soft snow on top of what we've already got will feel really good.

A stronger system moves in early Saturday morning with snow likely throughout the day in Northern Utah mountains. This system is a bit better organized with more moisture so total will be higher. Generally 4-8" with perhaps a touch more in favored locations. Here is the cumulative total via the NDFD for both systems: 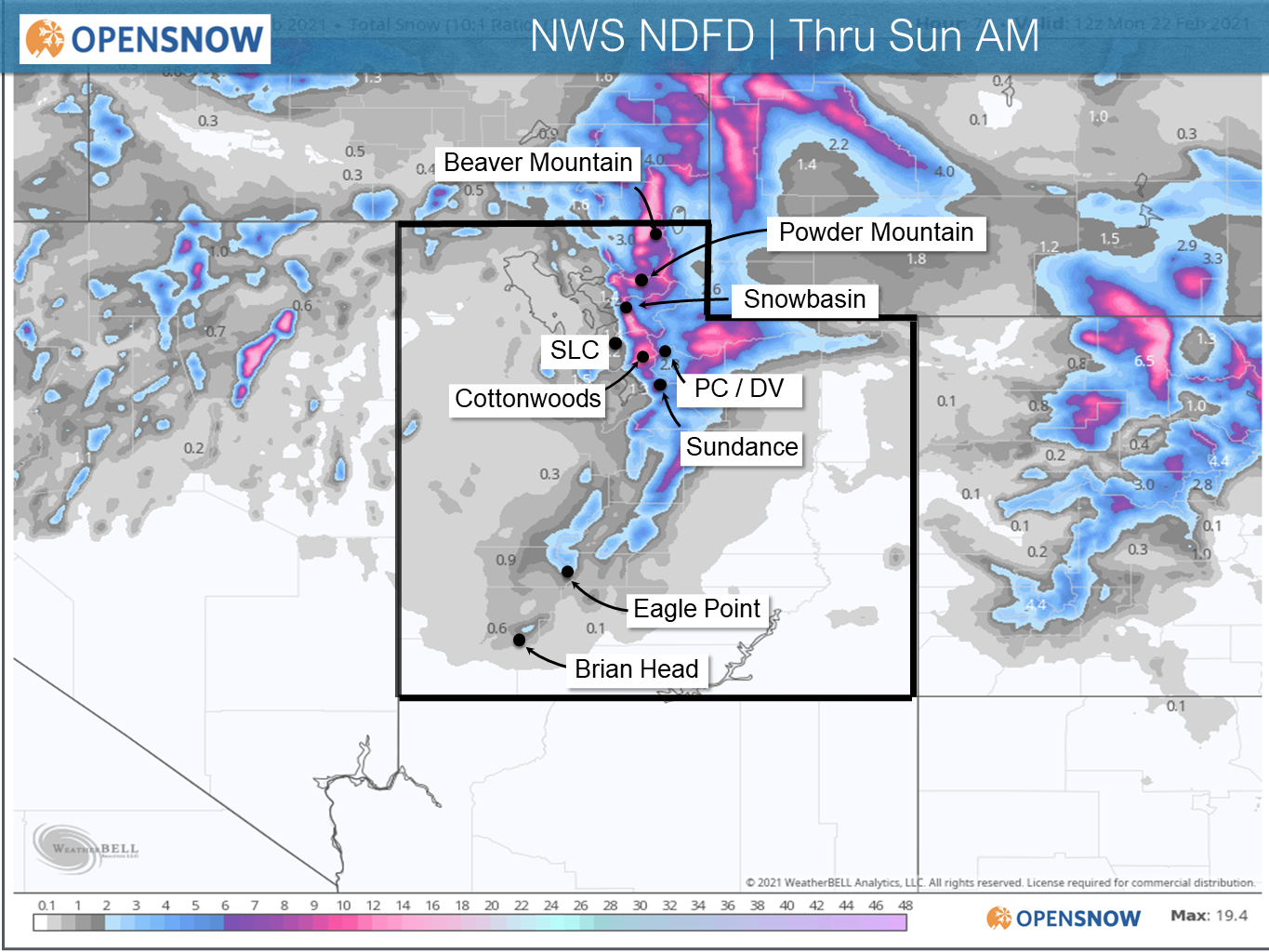 Pink colors indicate areas that will get 6-12" total. Not huge, but again, soft on soft leads to great riding conditions.

We should see clearing by Sunday with warmer and dryer weather Sunday thru early Tuesday.

The next chance for snow looks to be late Tuesday into Wednesday. Models disagree a bit on how this trough evolves. At this point, it looks likely to be weak, but worth noting Utah mountains will have a chance for a bit more snow. Then, both the Euro and GFS have another system for Friday into Saturday of next week. This system could be a bit stronger, but it's too early for any real details. We will continue to monitor.

As I look deeper into early March, there are some indications we could get a more extended period of high pressure. Maybe our first taste of Spring.