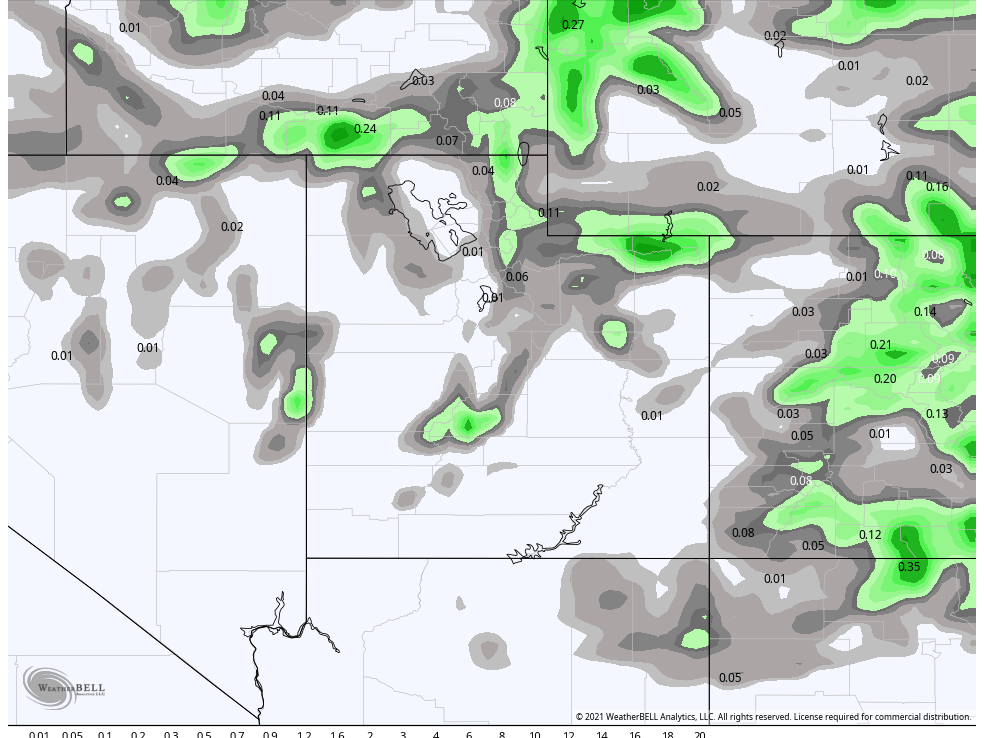 We have a few days of mostly dry weather for the state. Then, a weak storm moves in for midweek with a stronger system possible by next weekend.

Yesterday's storm split a little bit as it moved in. KMTX radar was down in the morning so it was somewhat hard to decipher what exactly happened, but based on satellite data, I think the system split a bit to our west. This lessened totals a bit. We were expecting 4-8" and it only brought 2-6" to most Utah mountains. The surprise exception was Brian Head down south, which picked up 9" of snow. I think this is owing to that same split mentioned above as a piece of energy moved south into southern Utah.

A simple forecast today. Not too much going on. We are now in a break in the action and will see a few days of mostly clear conditions and a bit warmer temps, especially on Monday. We then have a weak system that will approach the area late on Tuesday into Wednesday. This system will mostly brush the northern half of the state and there's really not much to it. Here is the latest GFS showing only scant amounts: 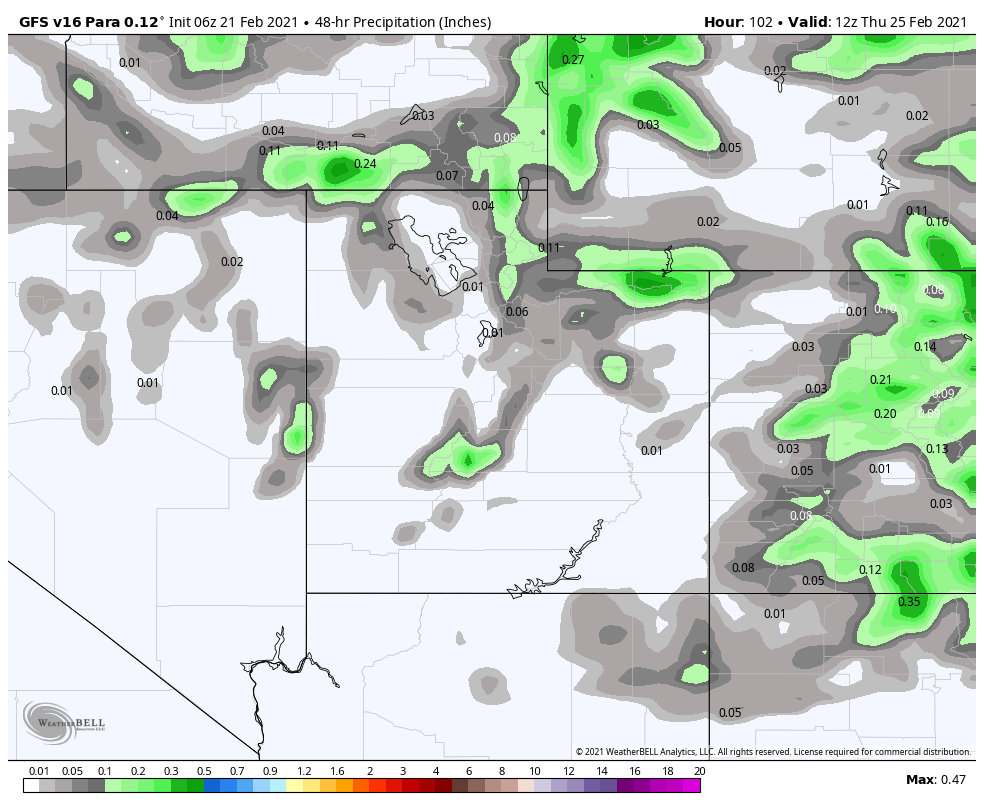 Still, expect some mountain snow showers and maybe a few inches on Wednesday.

We then have another break on Thursday before we get more active again this weekend. Too early for details, but all major models agree that this should be bigger than the midweek system and may bring more respectable totals to the mountains of at least Northern Utah. We will keep an eye on this weekend system in the coming days.

March is the start of meteorological spring. There is some indication that we could go into a more sping-like pattern to start the month. But a few models continue to bring chances for snow into the region. At this point, it's hard to know which is right. I will say that even if we get a ridge of high pressure for a few days, it looks unlikely to last long. Seems a generally active pattern will continue into March per latest guidance.