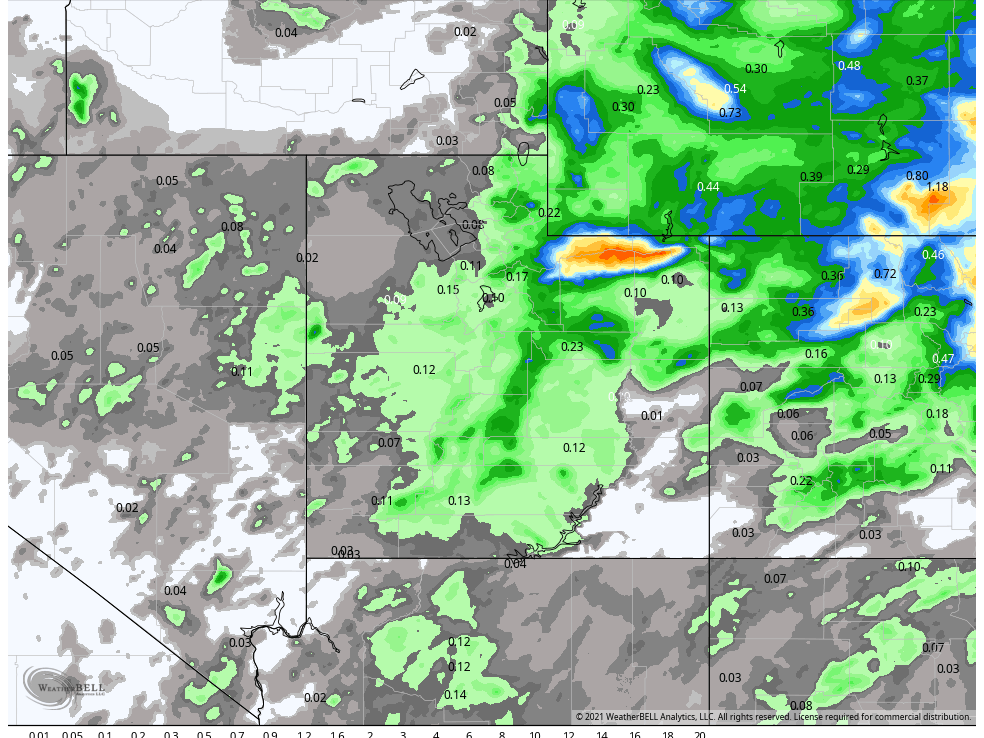 It's been a record breaking, hot June so far. Our drought continues to worsen, but we do have a chance for a few showers this week before our next heatwave closes out the month. The monsoon may strengthen as we head into July.

June has been insanely hot and insanely dry thus far in Utah. Exactly what we didn't need during one of the most extreme droughts we've ever experienced. Early last week, SLC recorded a maximum temp of 107F which wasn't just a daily record, wasn't just a monthly record, but it tied the all-time hottest temperature ever recorded in 140+ years of records. Overall average temp for the month of June in SLC is not only breaking records, we are shattering them. Here is the list of hottest avg temps for the month of June in
SLC: 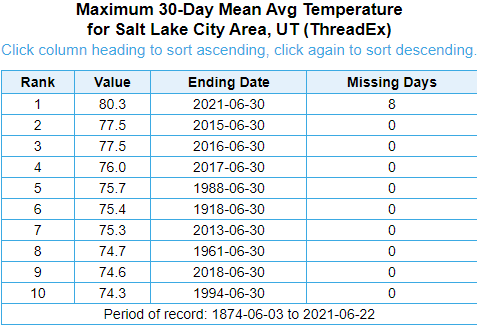 We are nearly 3 degrees above the previous warmest June on record (2015) and we haven't even reached what is climatologically the hottest stretch of the month. While we will get a quick reprieve later this week (see below) we will have another heatwave next week before the month is over and I don't see these avg temps going anywhere but up from here. Truly an anomalously warm month, coming at the absolute worst time for drought and fire danger.

Speaking of fire danger, it should come as no surprise that it is "through the roof" right now. ERC levels are above 90th percentile almost state wide with much of the region >97pct.

ERC, in its simplest form, is a way to measure how much potential energy is in the fuel for wildfires. A lot of potential for very hot and rapidly spreading fires.

Now for a little bit of good news! We will finally be seeing a chance for more widespread showers tomorrow (Thursday, June 24). Unfortunately, to get there, we may have to get through a period of mostly dry storms later today into tonight, which will -- of course -- raise the risk of new fire starts. How much rain can we expect? Well, areas at elevation such as the "spine" of Utah and the Wasatch, as well as the Uintas stand the best chance for measurable precip. Through Saturday evening, GEFS plumes are showing between 0.25" and 1.5" for Alta with a mean of just over 0.5": 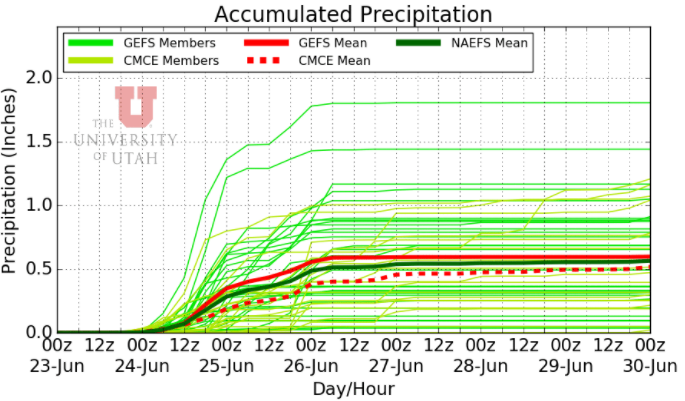 We could see higher amounts in localized areas where strong storms or training of showers occur. Valleys should get in on some of the action as well, but it could be more hit or miss down in lower elevations. Still, the latest NWS NDFD shows potential for at least a bit of precip over many urban areas: 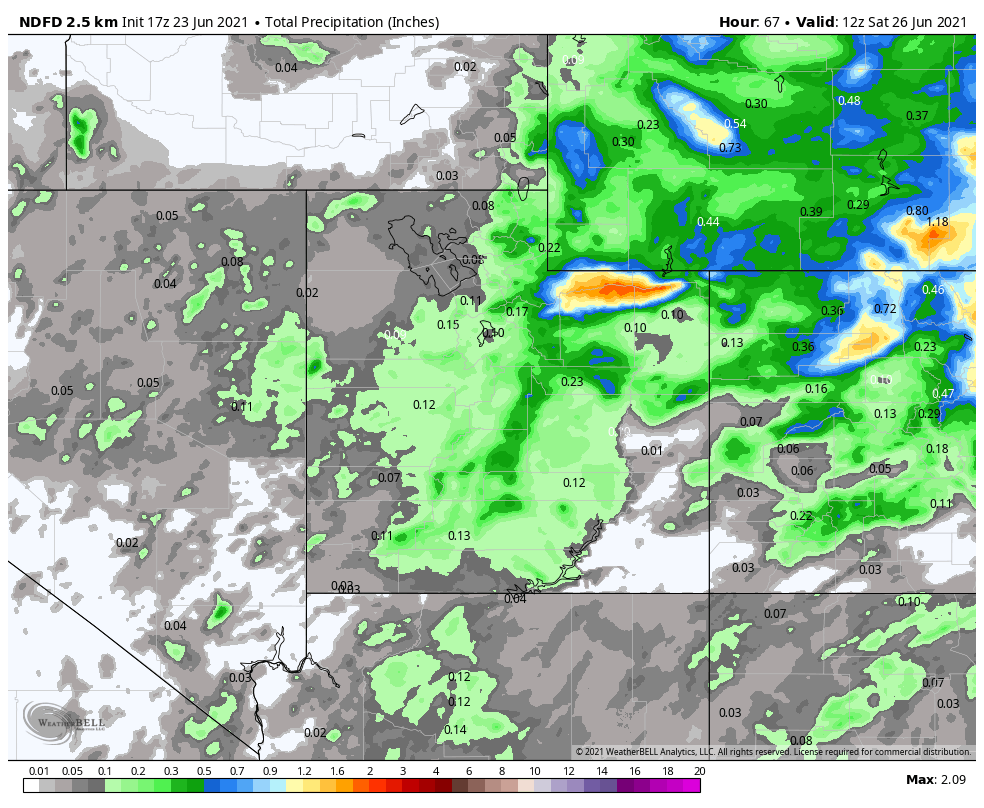 After the showers and temperature cooldown late this week, we warm back up and dry out over the weekend. Early next week looks like our next heatwave to close out the month of June with 100+ temperatures once again a possibility. If there's anything "lucky" about this upcoming heatwave, it's that it shouldn't be nearly as extreme for us as it will be for areas of the Pacific Northwest where Seattle and Portland and even Northern California could set some all-time heat records.

As we head into July, I've been seeing some signs of potentially strengthening monsoon. Hopefully we can get some good surges of moisture into the area for more regularly afternoon thunderstorm opportunities.