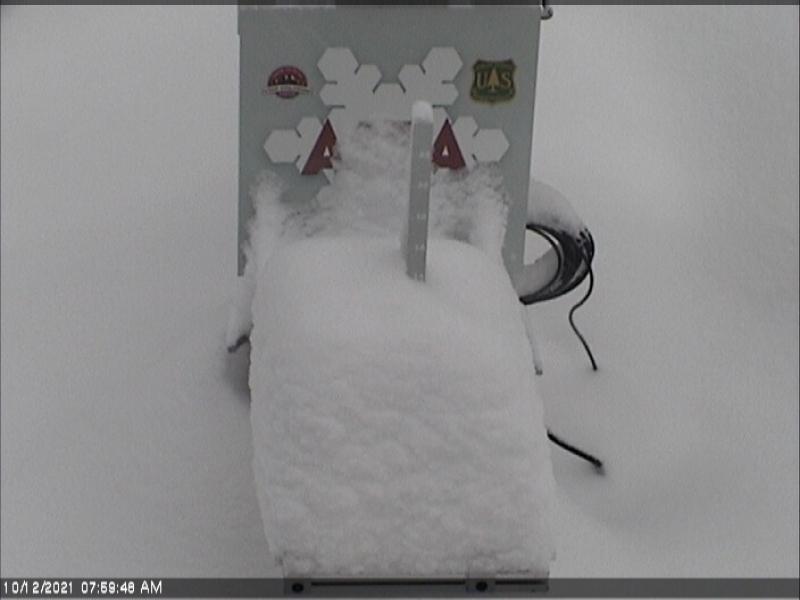 Storm has already brought significant early season snow to the area with more snow showers likely with a bit of additional accumulation.

A very quick update this morning just to say that our storm performed admirably so far with 10-15" in the high elevations of the Central Wasatch (Cottonwoods/PC). Looks like lower amounts for Snowbasin and PowMow, however, Cache Valley saw significant snowfall with close to a foot in places. They still have leaves on trees so we are seeing a lot of downed power lines and branches. Another area that is being hit hard is central Utah. Good snowfall from Fillmore south to Cedar City this morning. Substantial accumulations likely in the Tushars.

We will see a few wrap-around showers this morning, then a NW flow by this afternoon. Snow should pick up in favored areas such as LCC and we should see several more inches later today into tonight before we clear out by tomorrow morning.

A secondary wave could bring additional snow showers on Thursday with a few additional inches possible.

We clear out and start to warm up this weekend.