One Storm Early Next Week 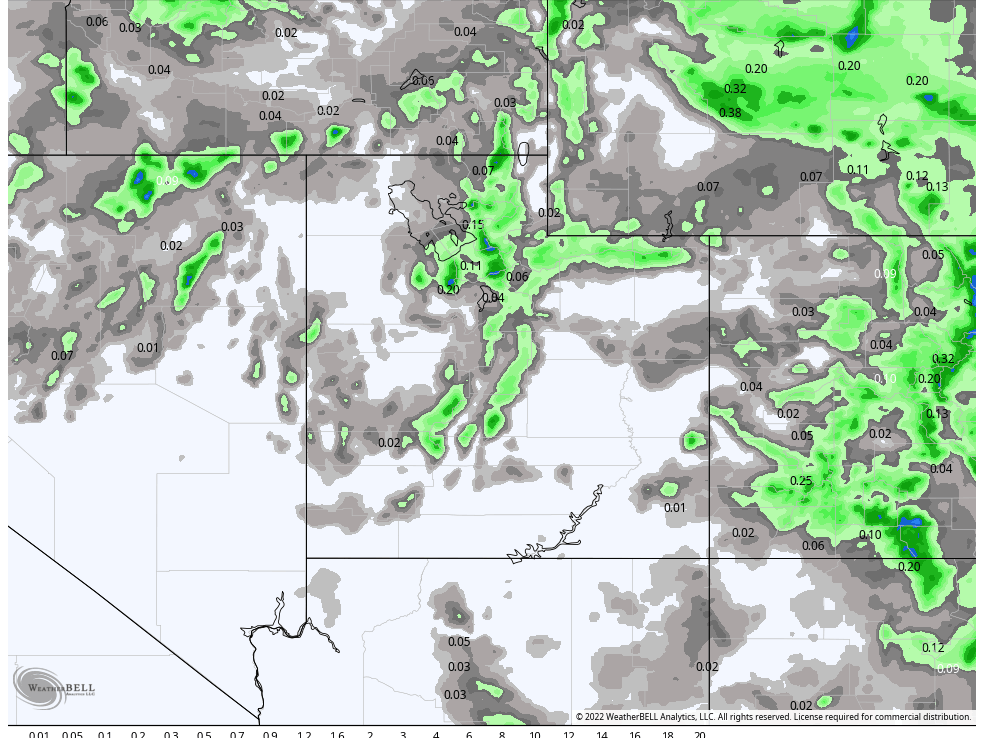 Blocking high pressure along the west coast will keep us dry through the weekend. A storm will drop into Utah early next week and bring chances for snow to the state.

Our system from yesterday has fully exited the region. A few locations added another inch or two since yesterday morning. Brian Head in Southern Utah managed to pick up a surprise 5" of snow as the southern portion of the storm dropped south toward Arizona. A good refresh for that area!

We are now back to mostly dry, but cool conditions. Blocking high pressure remains along the coast. This, in turn, is sending systems down out of Canada into the Northern Rockies and Northern Plains, mostly to the east of Utah. Another weak system will pass to our east on Thursday and perhaps will increase clouds a bit. The weekend looks dry with some modest warming at high elevations.

We are finally going to see a more substantial shift early next week as the ridge moves west which will allow a deeper trough to drop south into the Great Basin. Unfortunately, this system does not look overly strong as it lacks both moisture and dynamics. It does, however, have some decent cold air. The current WPC blend shows light to moderate amounts in the Northern Utah mountains on Monday night into Tuesday of next week: 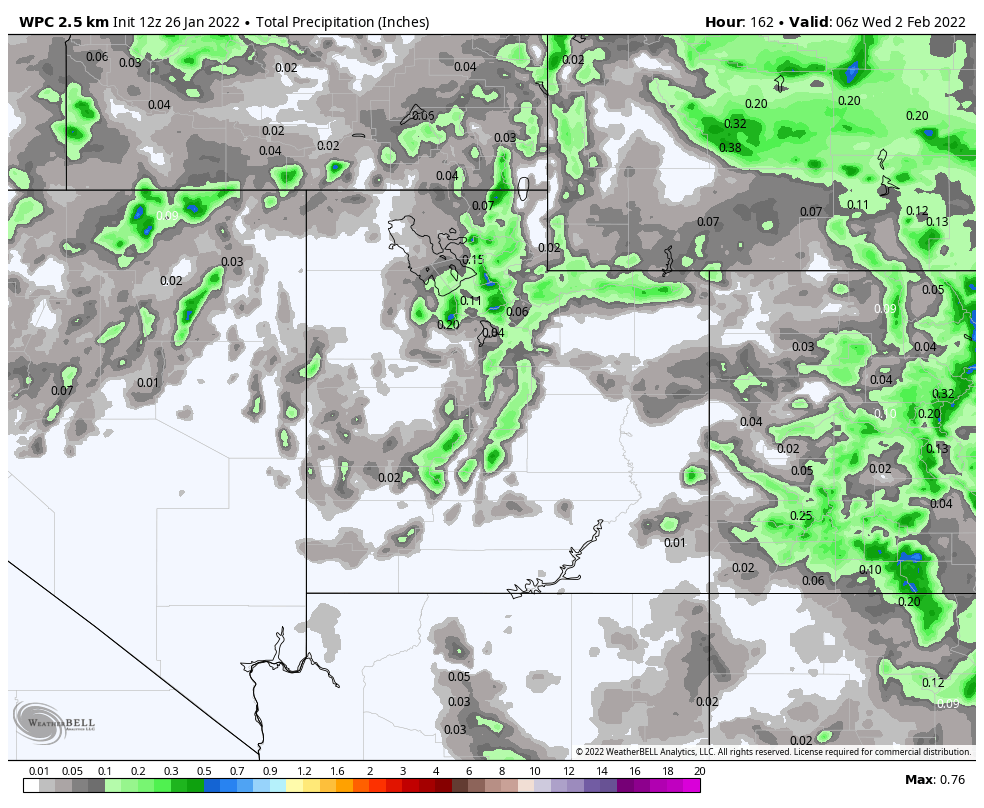 Not exactly enough to get the blood pumping and excitement building, but perhaps we could manage a modest powder day or two early next week.

The hope was that the storm early next week would be the first in a series as the pattern turned more favorable for the western U.S. The trend, however, in recent iterations of the models has been to build the ridge back in near the coast later next week. Here is our trough on Tuesday of next week over Utah: 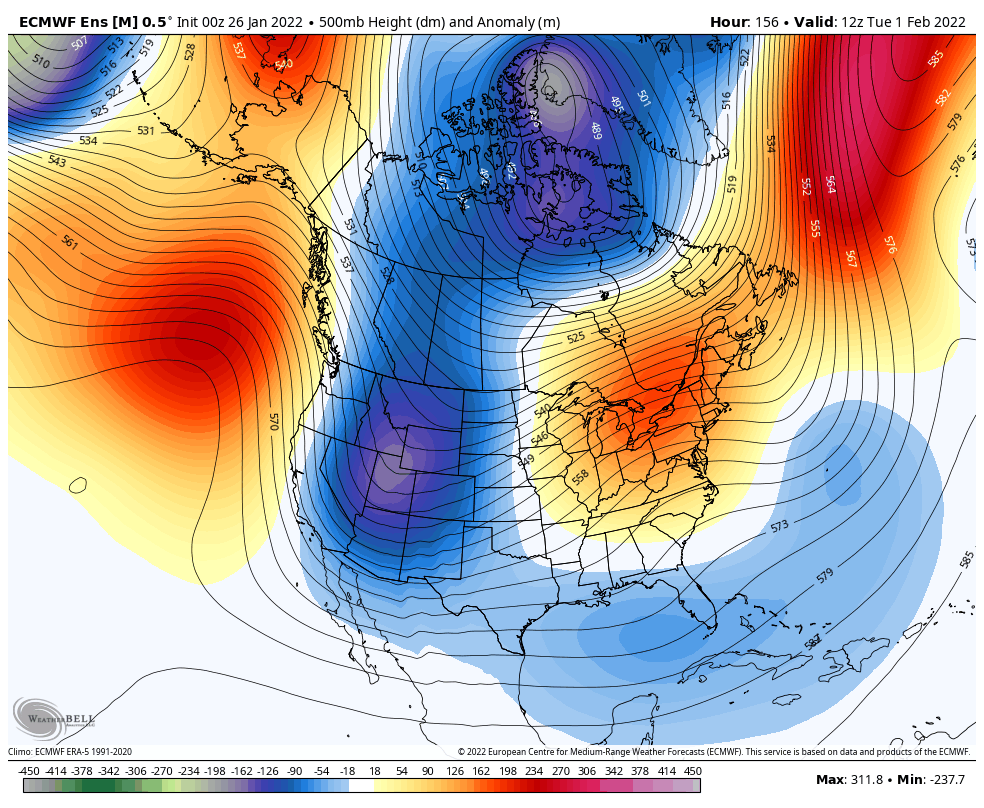 This is when we will see cold air and chances for snow. However, by late next week, you can see that the ridge moves closer to the coast again, pushing the troughing east of us: 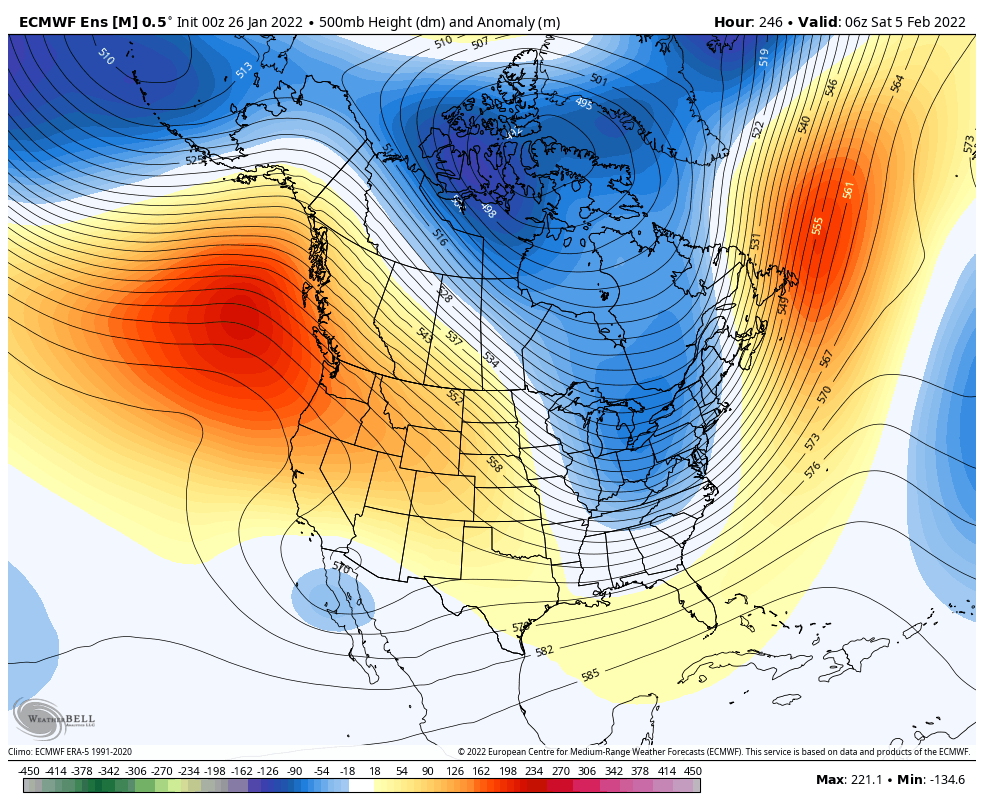 This is more of the same type of weather we've seen for much of January and a bit disappointing as for awhile, the models were trying to build the high pressure out by the Aleutians, which would have been much better for getting active weather back into our area. This is a very stubborn pattern that doesn't seem to want to budge, at least not for long.

I will be at the incomparable Powder Mountain for Weather Wednesday today. If you'd like to follow along as we explore the mountain, please check out @VisitUtah stories this afternoon on Instagram.