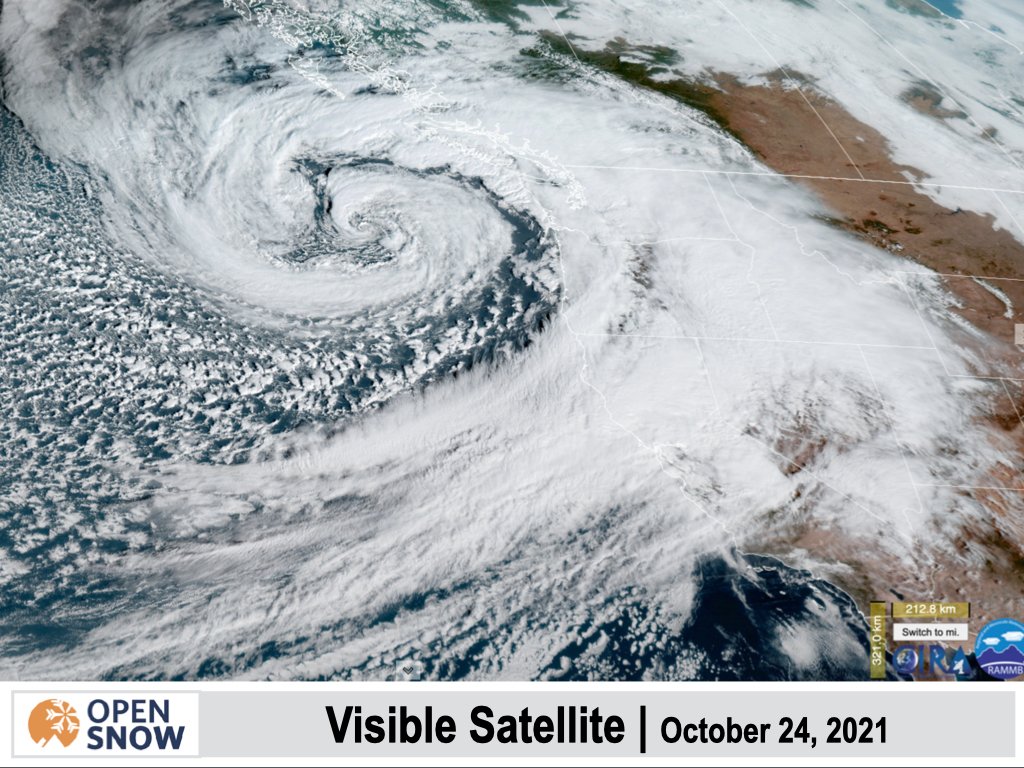 Atmospheric Rivers (ARs) can deliver significant amounts of precipitation to the West Coast, and feet of snow as well. But sometimes they are a problem with too much snow or the dreaded warmth with rain on snow.

A strong AR can contain more up to 25 times the water of the Mississippi. So when an AR hits the Cascades or Sierra it means feet, not inches of snow above the snow line. Their reach is wide and deep as ARs can also punch inland to affect the ski areas of Idaho, Montana, Utah, and Arizona.

Atmospheric Rivers are long, narrow corridors of water vapor moisture moving over the ocean and usually attached to incoming Pacific storms. For skiers, AR means snow. But there are nuances with rising snow levels as ARs often bring mild air from lower latitudes. In California, ARs account for 30-40% more snow than a non-AR storm. 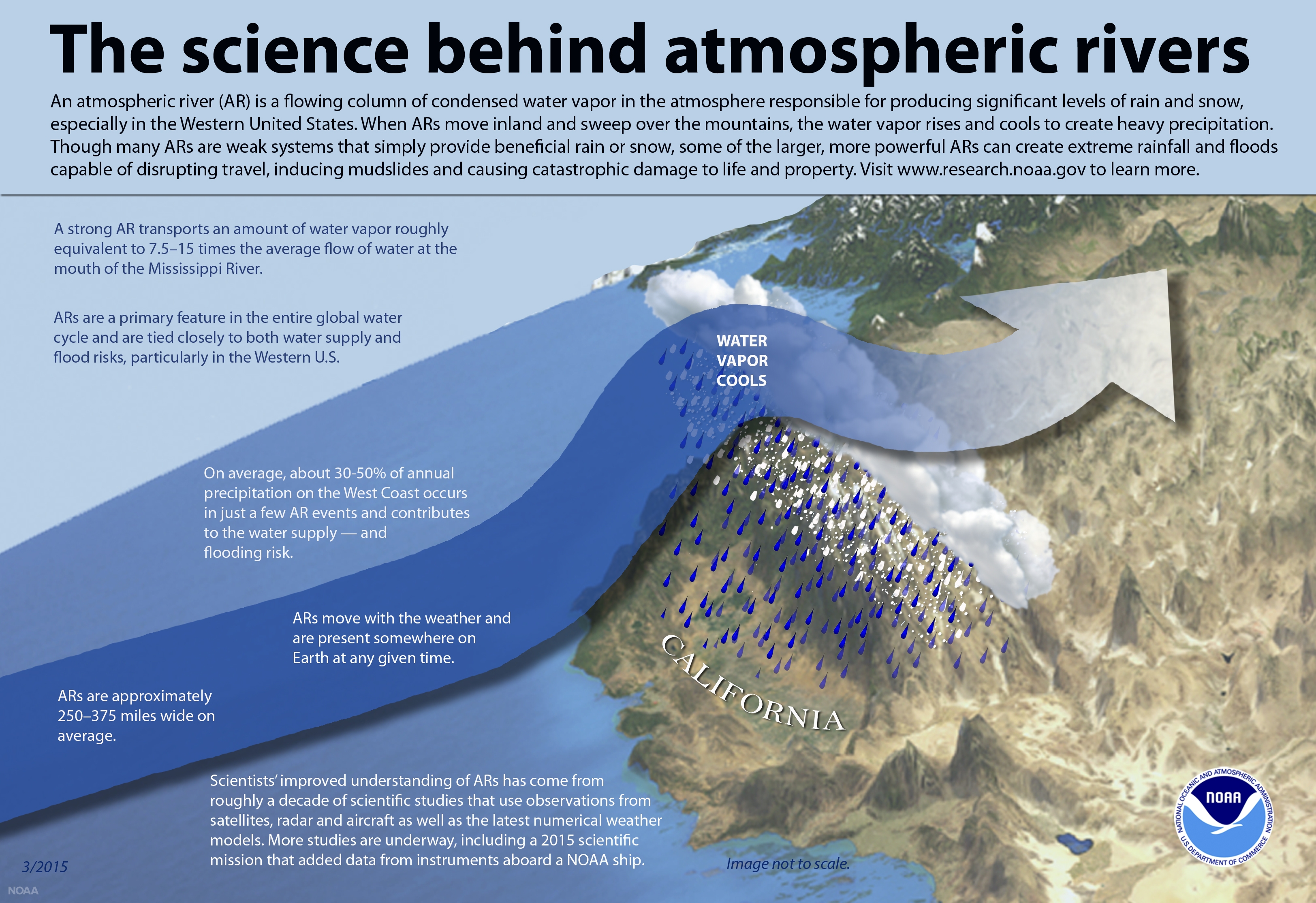 The warmth is being moved to the mid-latitudes from the subtropics through advection (horizontal movement of air), surprisingly most (75%) of the moisture is coming locally from just offshore, While only 15% is coming from the tropics and subtropics. As an AR moves over the ocean it is constantly raining but also evaporating additional air. Think of an AR like an elongated, untwisted hurricane of sorts. (There are some thermodynamic and dynamic differences)

When an AR moves inland you must look at the cold air in place in the mountains and how that will change. Will it get scoured out? Sometimes a westerly or northwesterly AR will be cool enough to keep the snow levels moderate to low, but many times a more southwesterly oriented AR will mean warmer air and rising snow levels.

It’s important to watch where the AR core lines up and its orientation to your favorite ski area. South of the AR the air will be warmer, and colder north of the AR. Being on the northern edge of an AR may allow snow levels to stay low enough for feet of snow. 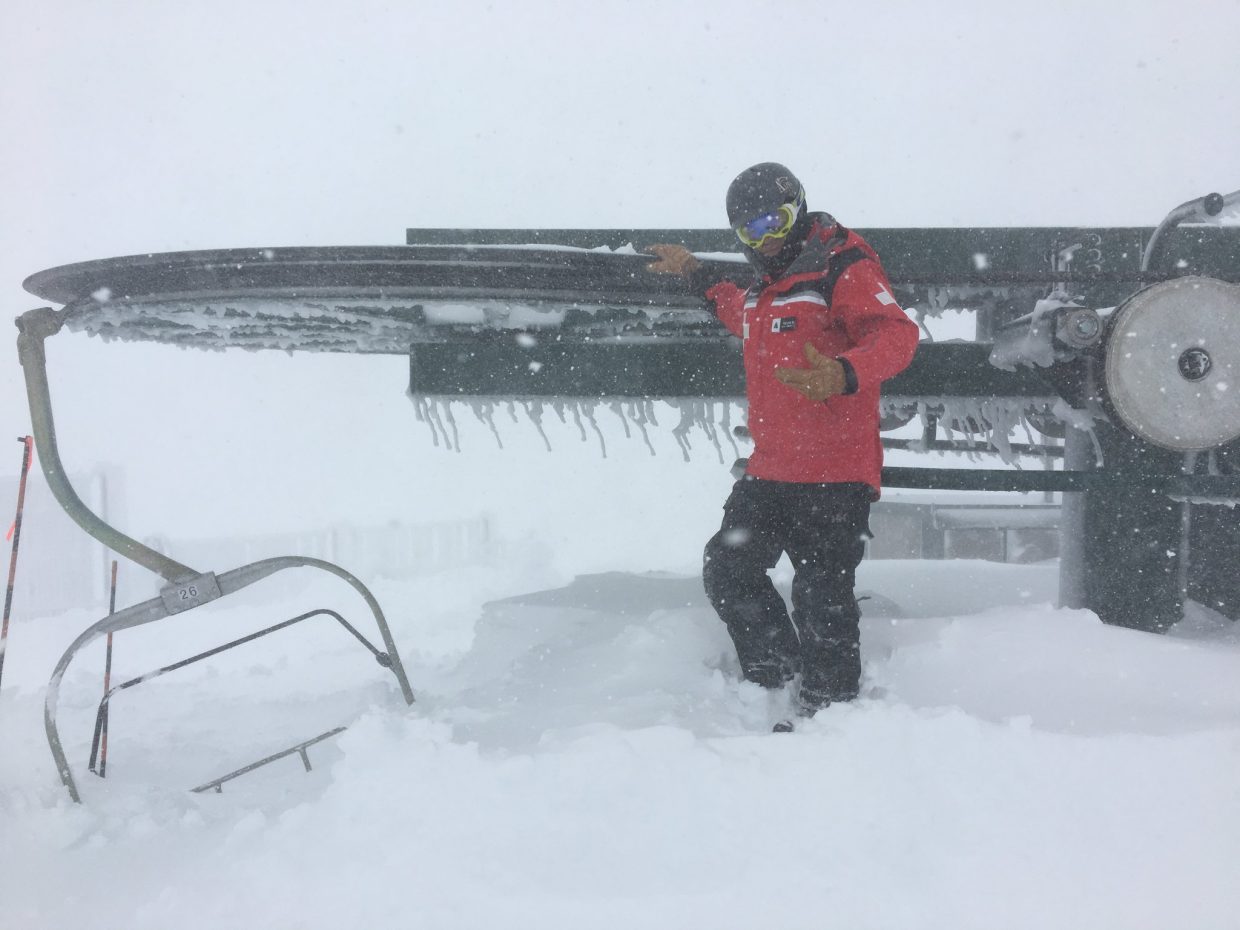 ARs can be big powder makers but also greatly increase the avalanche hazard. Deep snow is the most obvious avalanche problem, but so is windblown snow, warmth, and rain infiltrating the snowpack, which all cause unstable snow. Be extra careful during and just after AR storms, even inbounds.

ARs are wonderful storms. One AR event can start the season or change the season dramatically in just a few days.