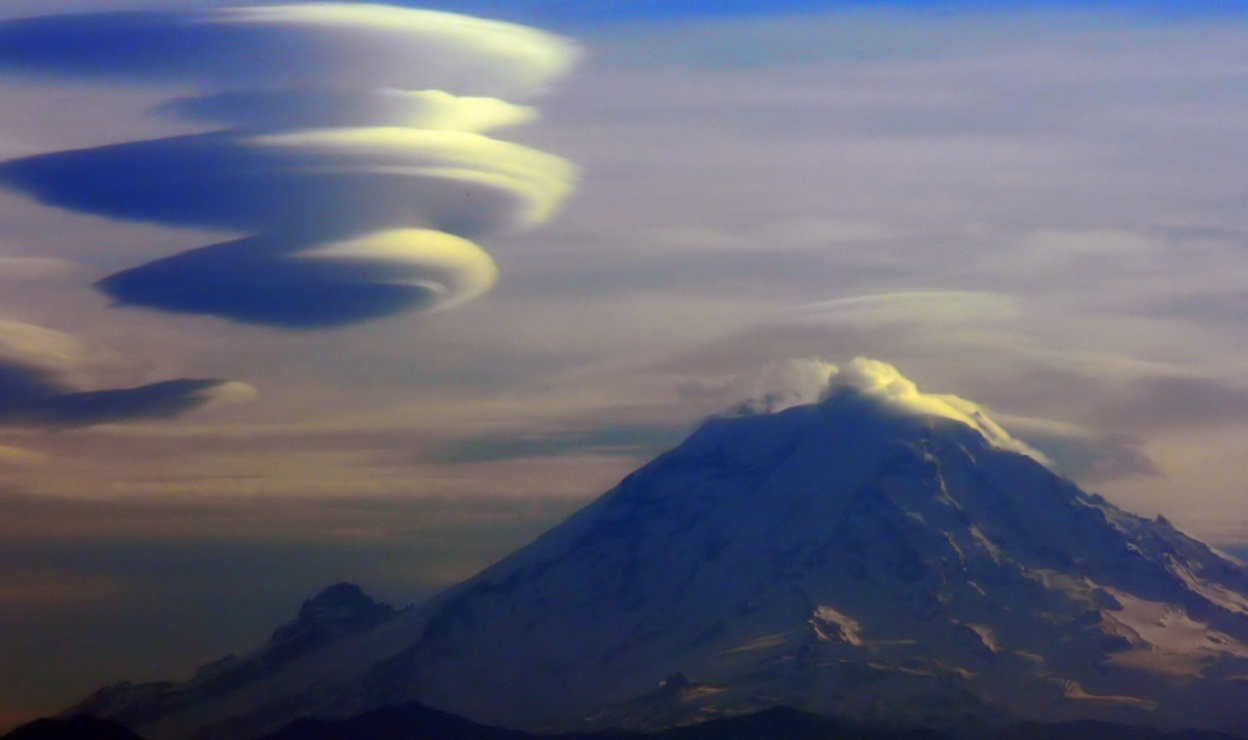 If you live near or spend time in the mountains, you have likely seen a spectacular smooth lens-shaped cloud called a lenticular. There is no significant weather produced by a lenticular, but their presence often foretells snow in the next 24-48 hours.

Lenticulars are stationary as air moves through the cloud to create and then evaporate the cloud. Lenticulars are a signature of the moisture and sculpted smooth by the wind. The lifting of the air by the mountains assists in cooling and then condensing moisture to make the clouds visible. But when the airflow drops again over the valleys, the moisture dissipates and becomes invisible water vapor again. 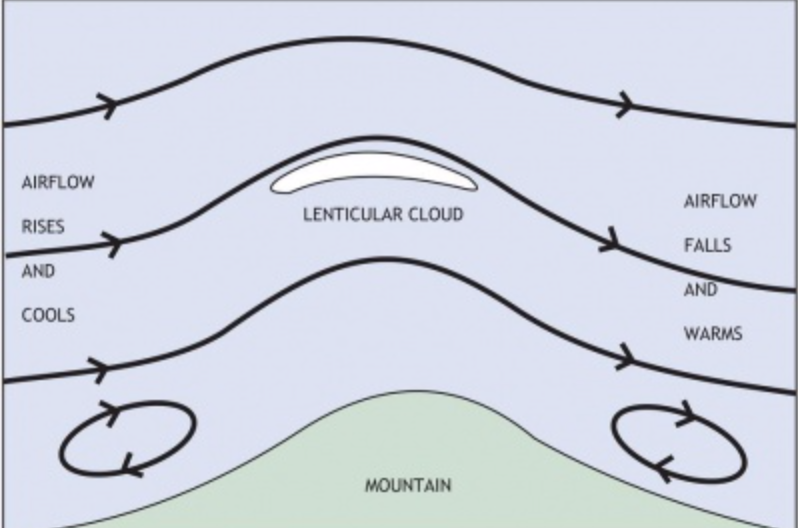 Often lenticulars are singular but it’s not uncommon to see them stacked or in an elongated line over or on the lee side of the mountains. Their different forms are related to the mountains, moisture, and the speed/direction of the incoming wind.

Some of the most dramatic examples are the solidarity saucer-shaped lenticular clouds. Kenneth Arnold was flying his small plane near Mount Rainier in Washington State in 1947. He mistakenly described the clouds as flying discs or flying saucers and the press took that and ran. With Arnold’s help, the UFO and space aliens craze began.