Wind is the story, some snow coming up 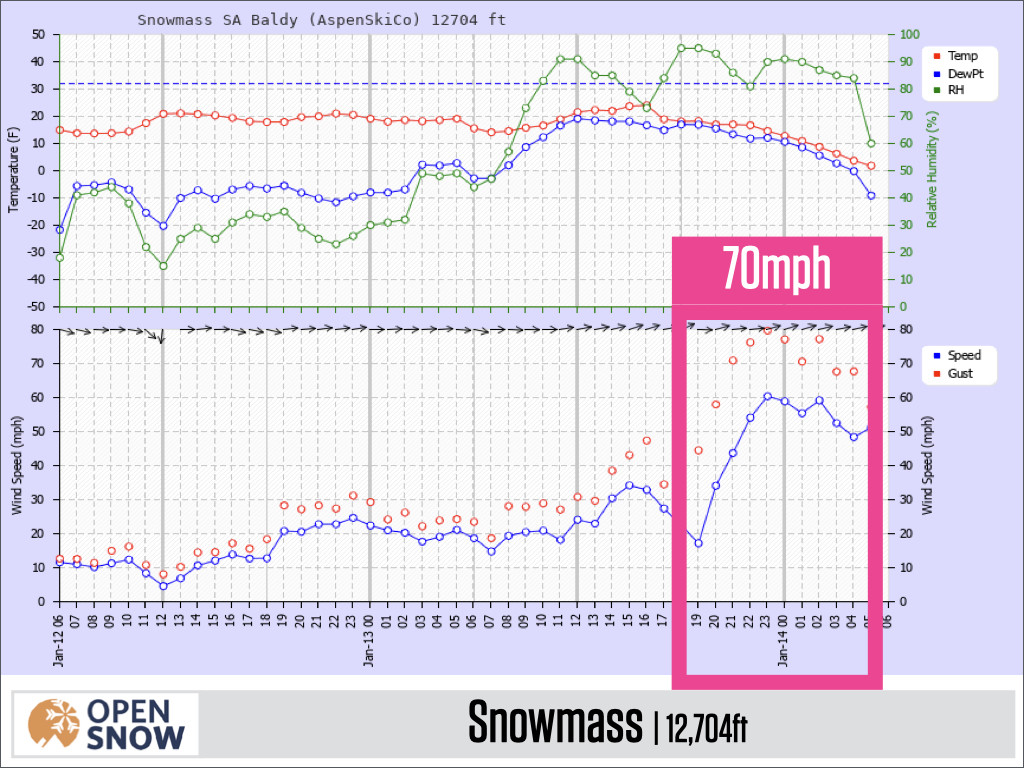 Wednesday night's wind gusts reached ludicrous speed with high-elevation readings of 70-90mph across Colorado. Thursday will also be a windy day. Our next chance for snow will be on Saturday with 1-6 inches favoring the northern half of the state. Then another storm will bring snow Monday into Tuesday, this time favoring the southern mountains.

Gusts reached 50-90+ mph all across the state. Here are a few weather station graphics, moving from north-to-south, and sourced from CAIC's excellent weather station page. 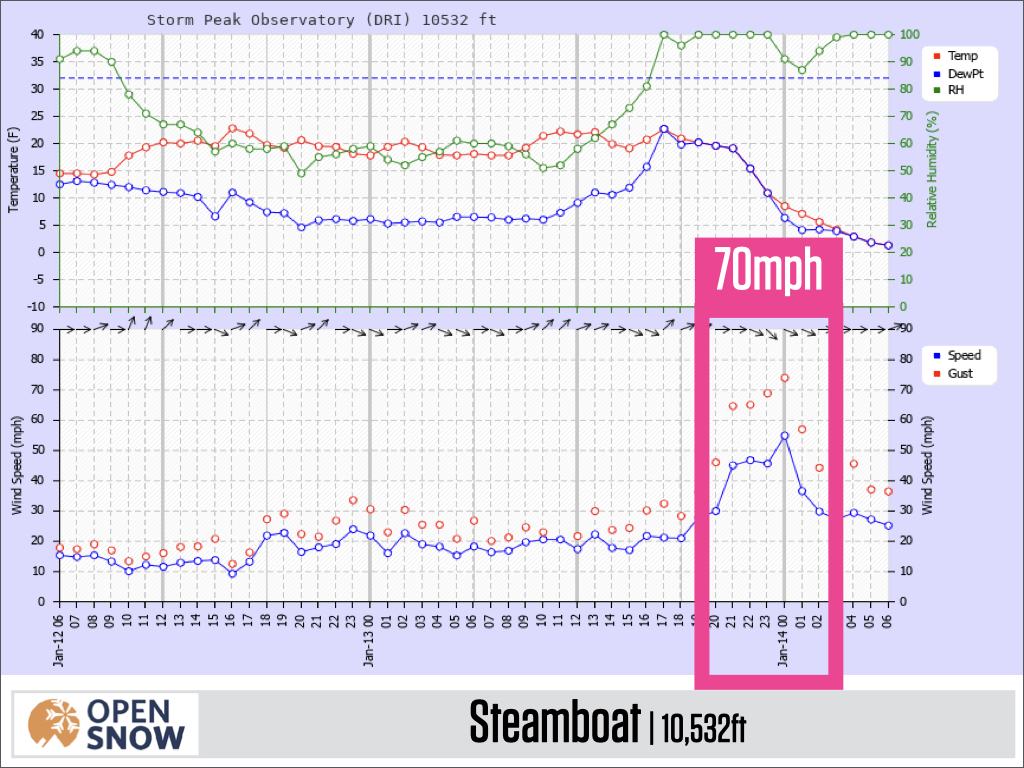 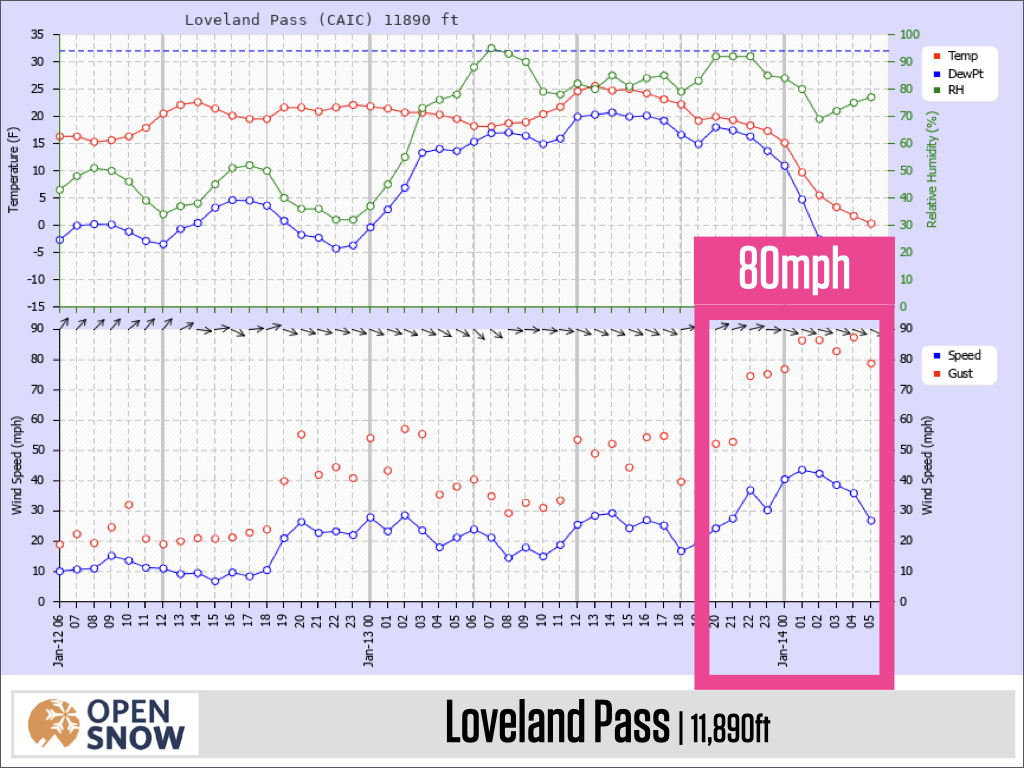 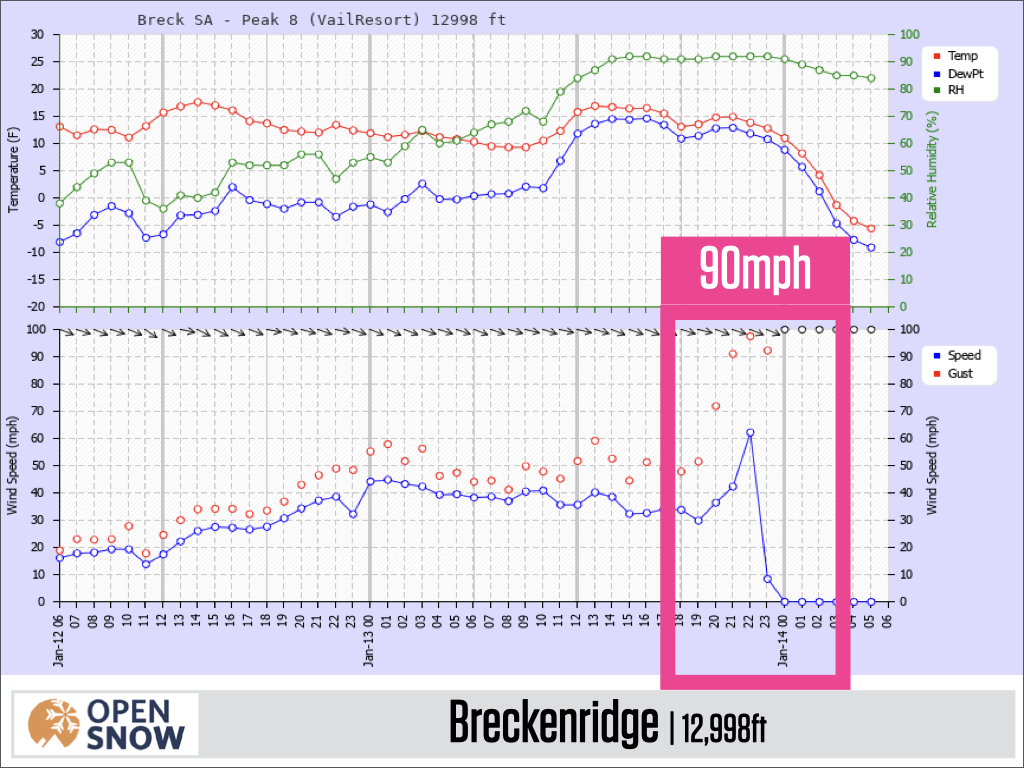 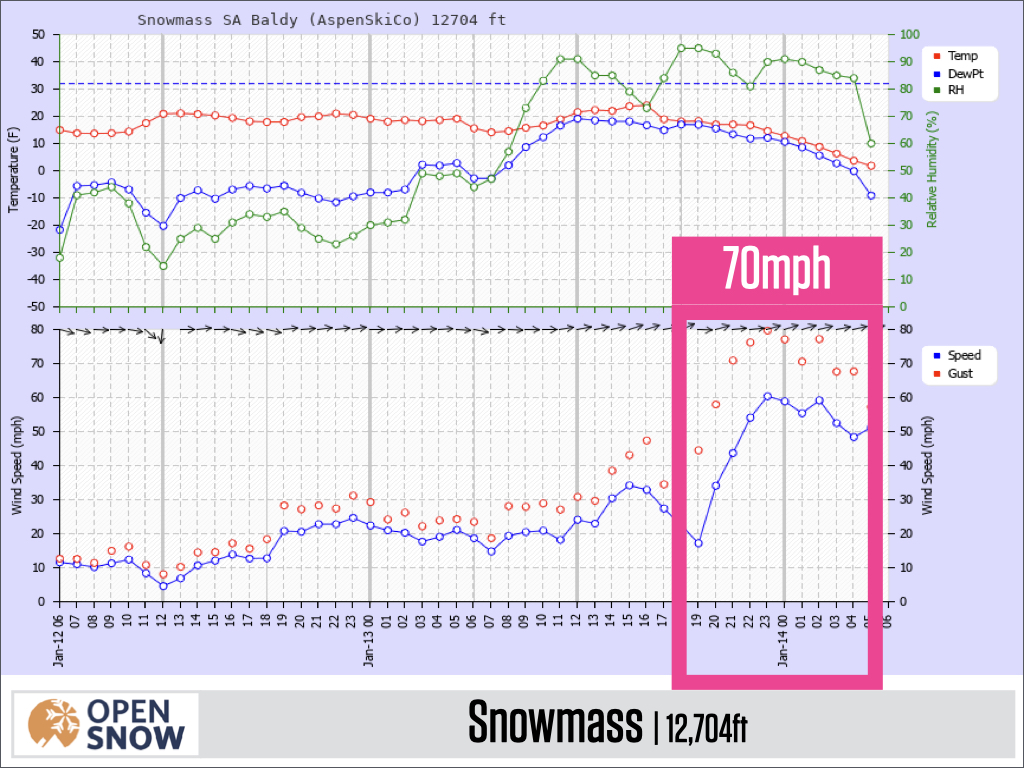 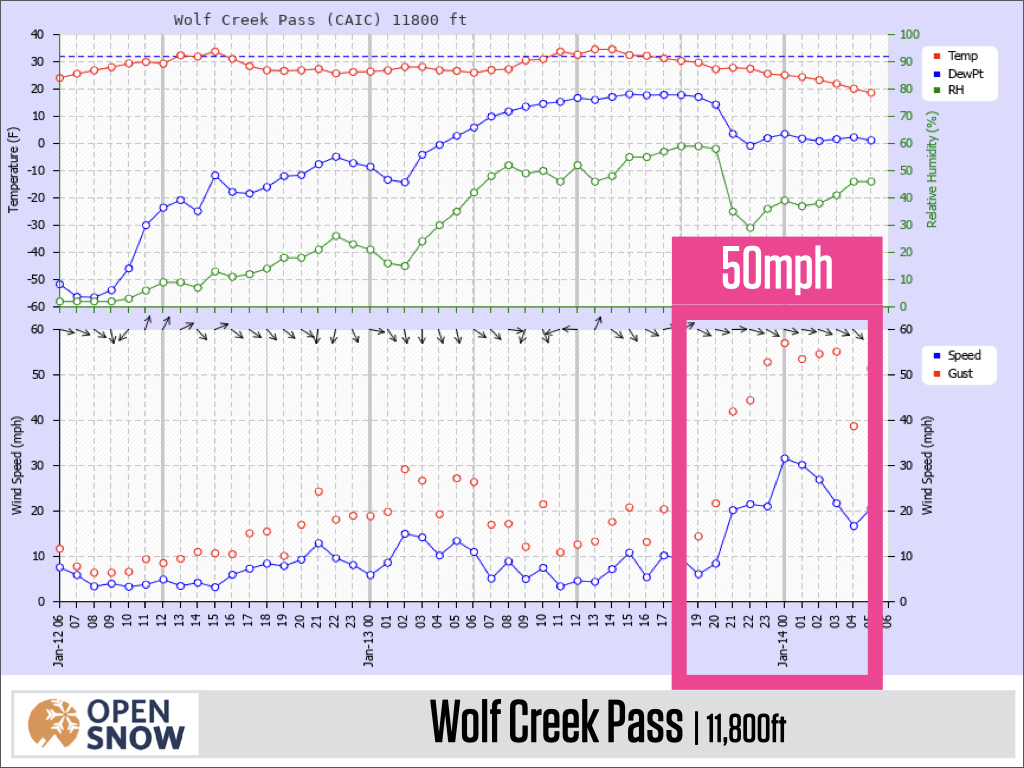 Along with the fast winds on Wednesday night, we saw snow. Well, a very, little bit of snow. Most cams and reports show anything from a dusting to a coating to maybe 1 inch if we're feeling generous. 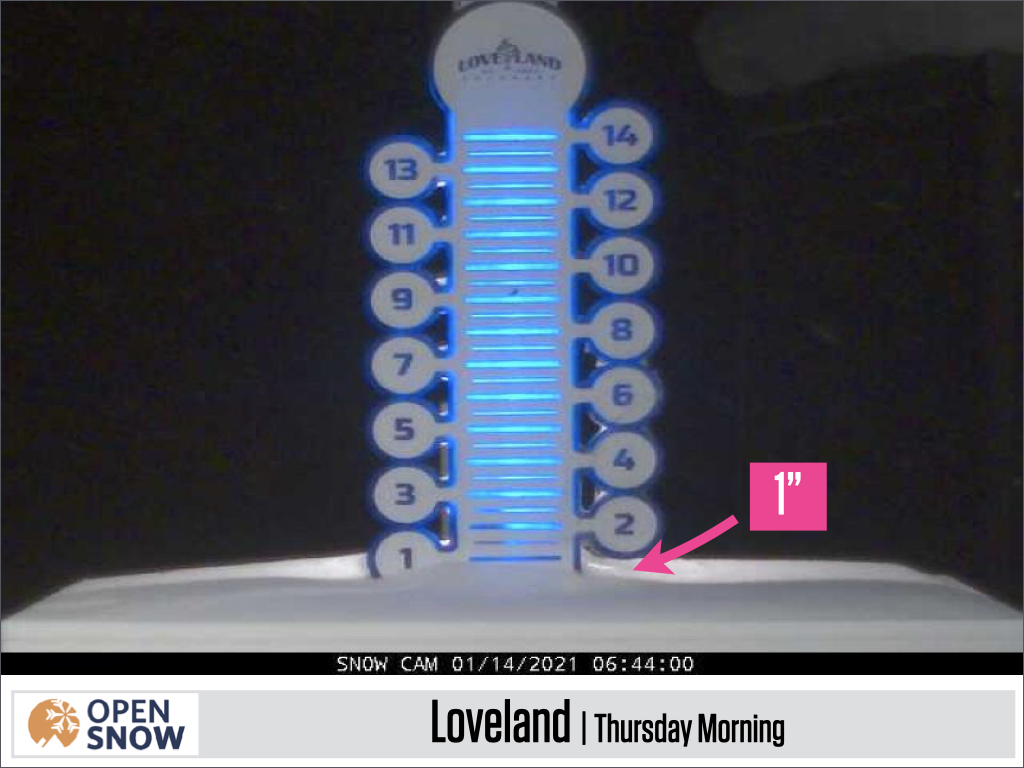 Thursday will bring more fast winds and cold temperatures in the single digits and teens. Wind speeds will be a little slower than Wednesday night, but still very strong with gusts of 30-60+ mph throughout the day which could affect lift operations.

Friday will be a somewhat warmer day with highs in the teens and maybe 20s, and winds will be slower though still a little gusty.

Saturday will be our next chance for snow. Expect flakes to fall over the northern 2/3rds of the state between about Friday night at midnight and Saturday early afternoon. Accumulations should be in the 1-6 inch range from the northern mountains all the way to the northern San Juans in the southern mountains. There might be soft turns (on groomers and north-facing terrain) for Saturday's first chair with conditions becoming a little softer through the morning. 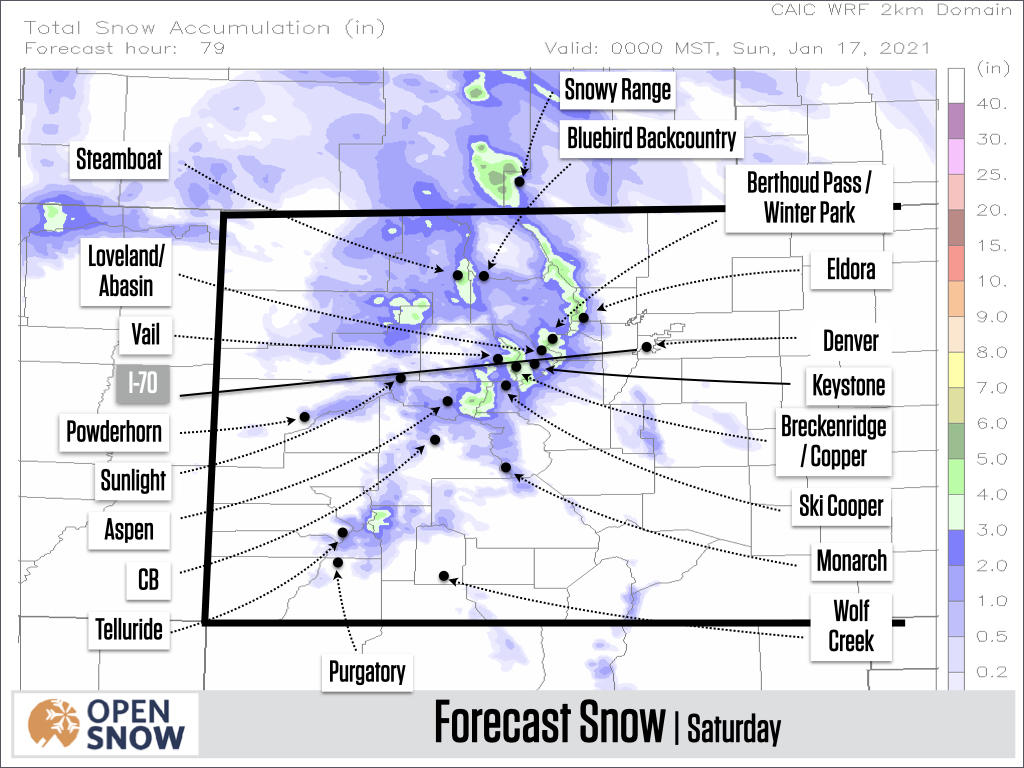 Sunday should be a dry day as we will be between storms. 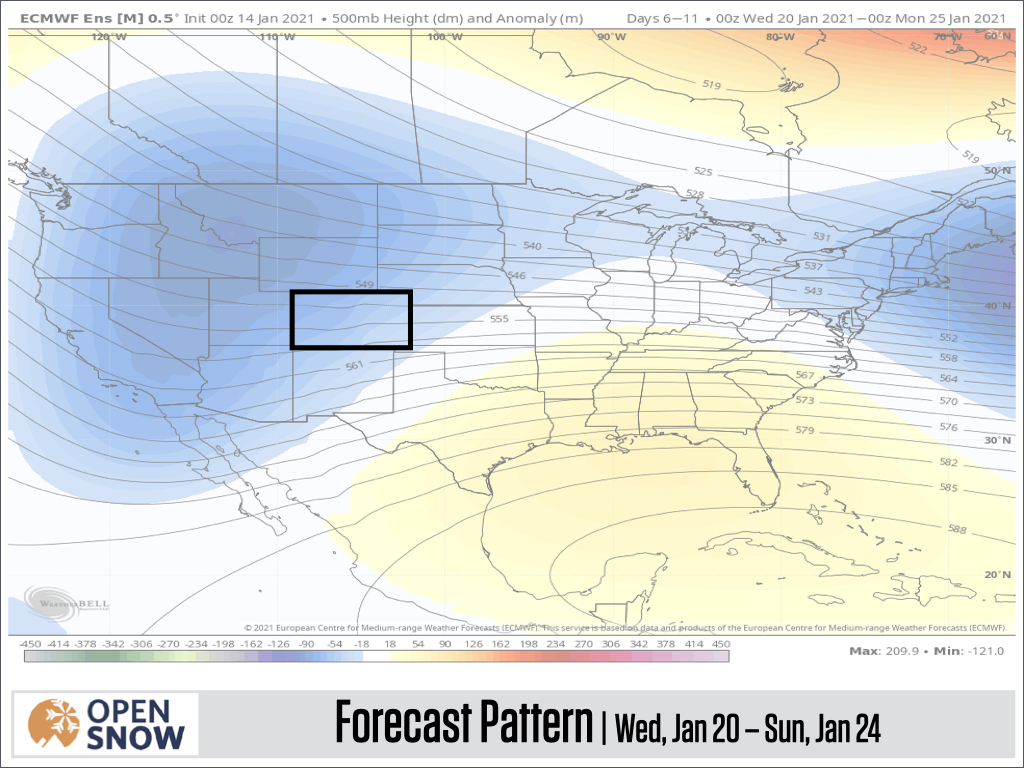 I will continue to post reader-submitted pictures to keep us motivated to ride even during periods of drier weather. Here are today's photos…from the air! 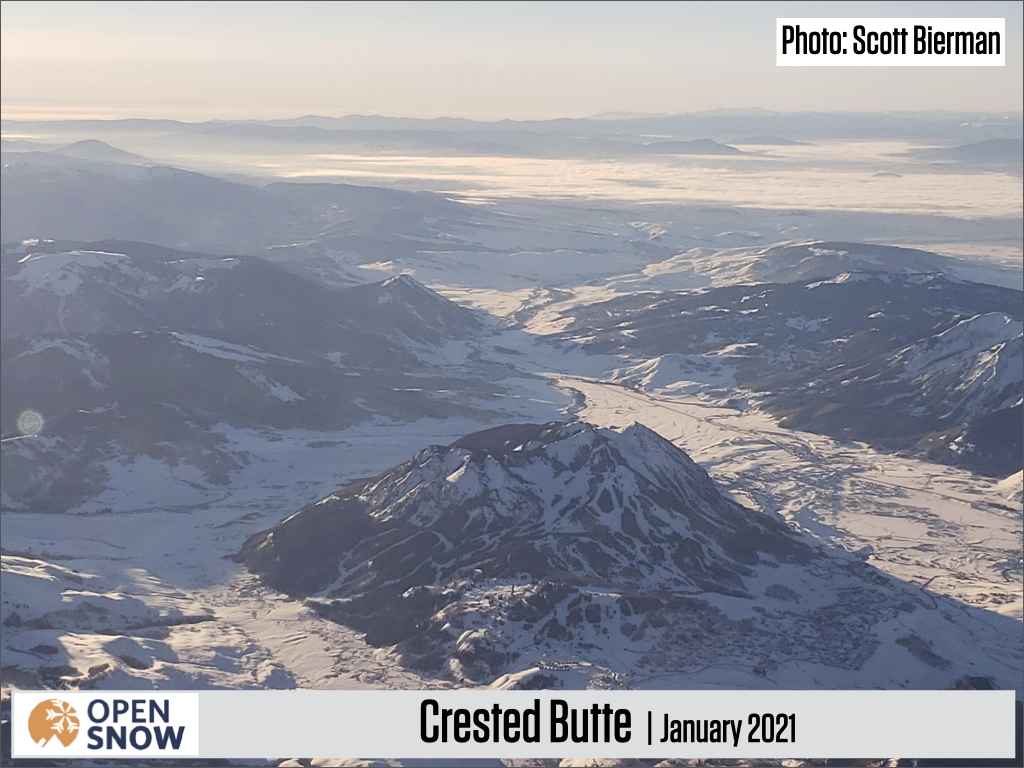 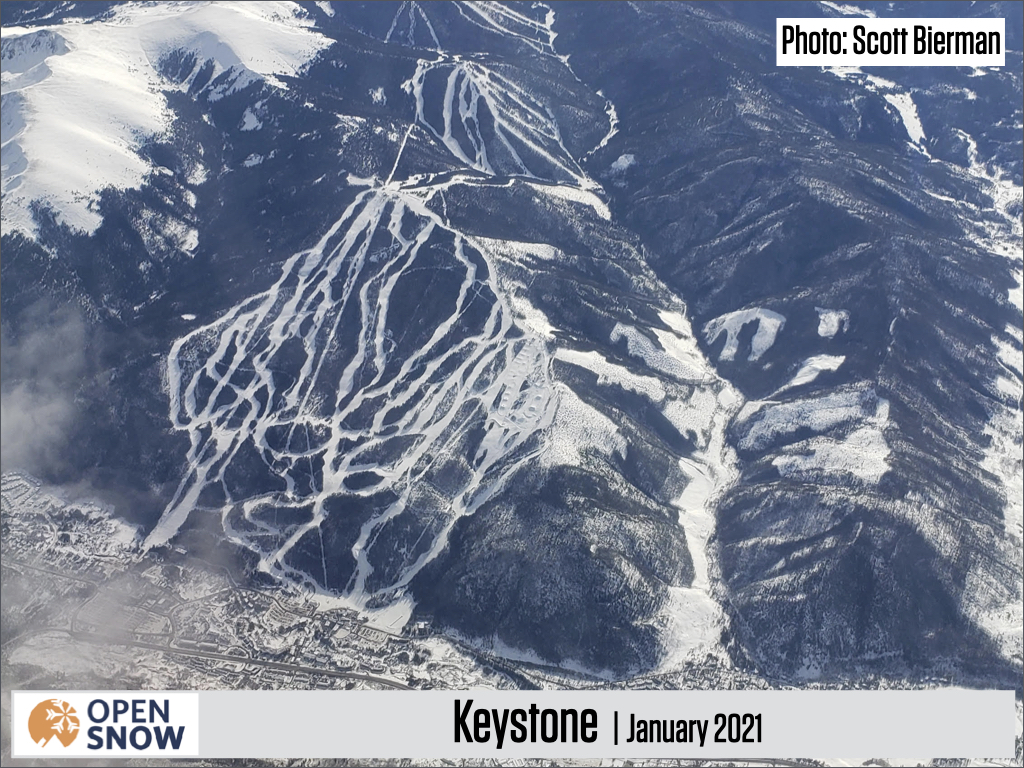 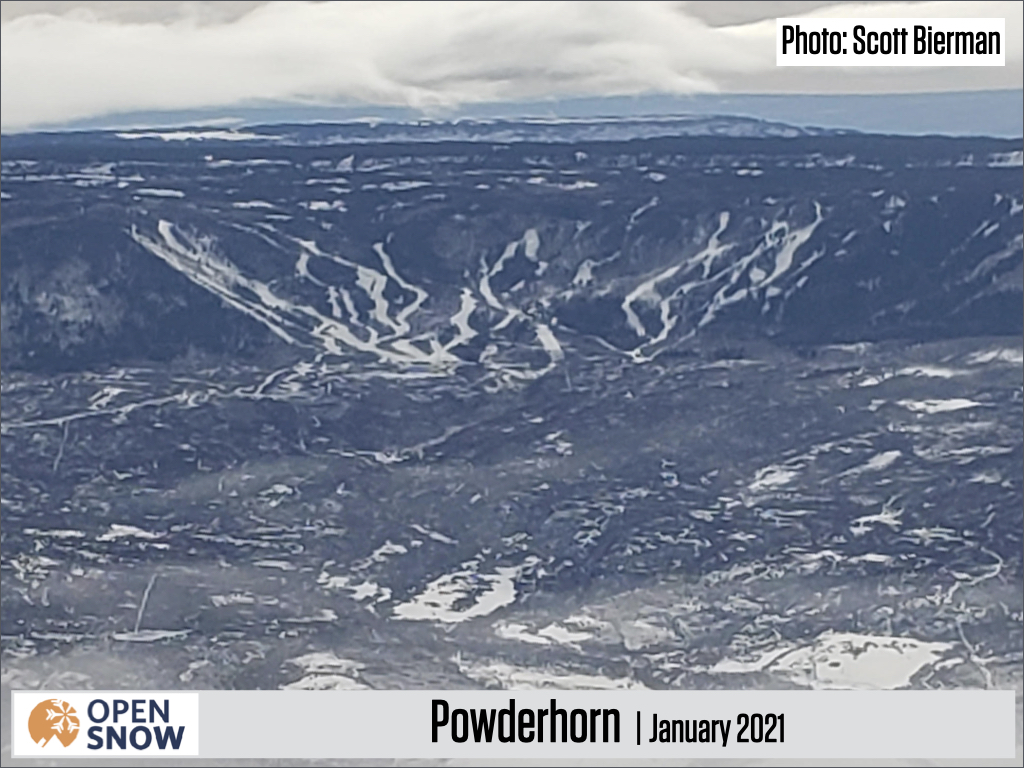