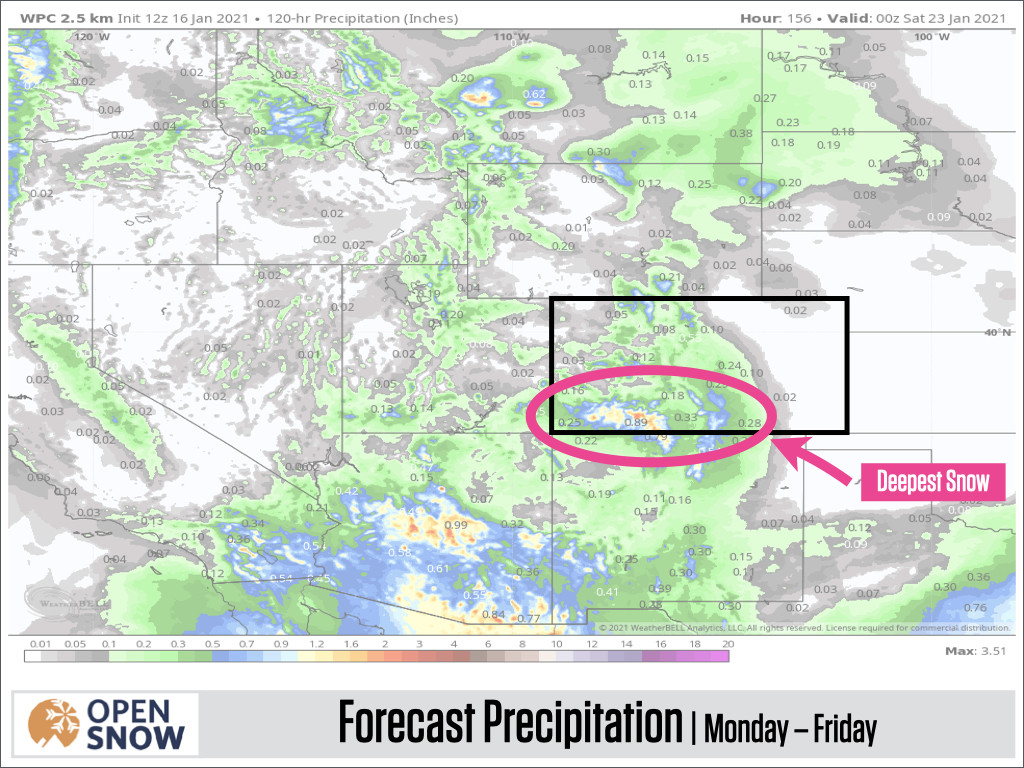 Friday was dry and mostly sunny with chilly temperatures in the teens to low 20s.

On Saturday morning, a fast-moving storm is bringing snow primarily to the northern mountains. As of 500am, I see a dusting to two inches at most northern mountains. Expect snow showers to continue through mid-morning, potentially favoring areas closest to the divide. A few showers may deliver flakes to the central mountains and northern San Juans as well. This is not a significant storm, but we'll take a small refresh over the northern mountains, and it's nice to see flakes once again! 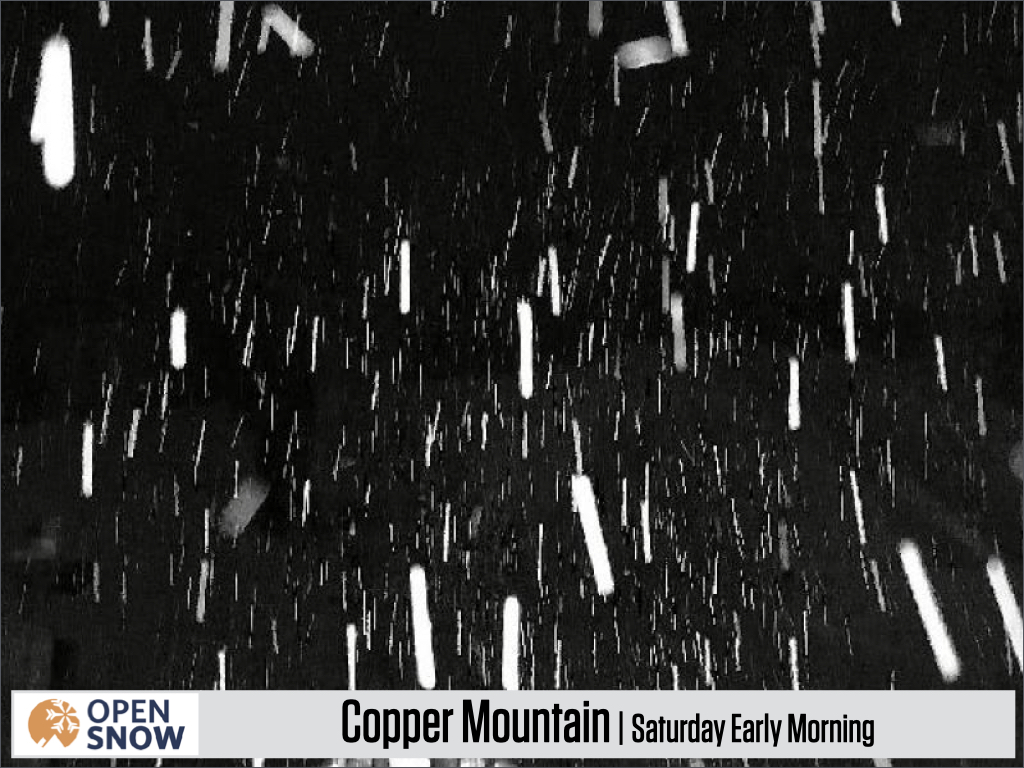 From Sunday night through Friday we'll be in a split pattern with one storm tracking to our north and another system diving far to the southwest. 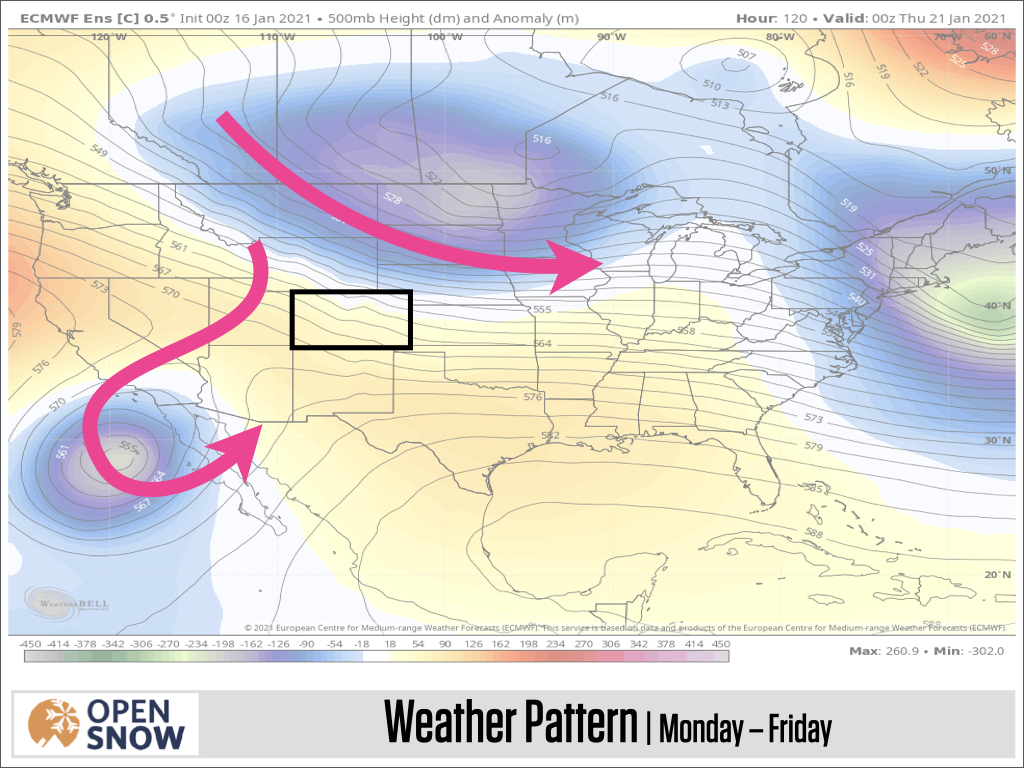 While this does not appear like a favorable pattern for snow, we should get lucky and all mountains will actually see accumulations next week.

Wednesday & Thursday should be drier across the state. We might see light snow at times, but this will be when the southwestern storm is at its farthest distance from Colorado.

Friday & Saturday (January 22-23) should deliver another round of snow to the southern mountains because the storm to the southwest should track up and over Colorado and winds should be favorable from the southwest.

Below is the multi-model precipitation forecast for next week. In Colorado, it clearly favors the southern mountains. 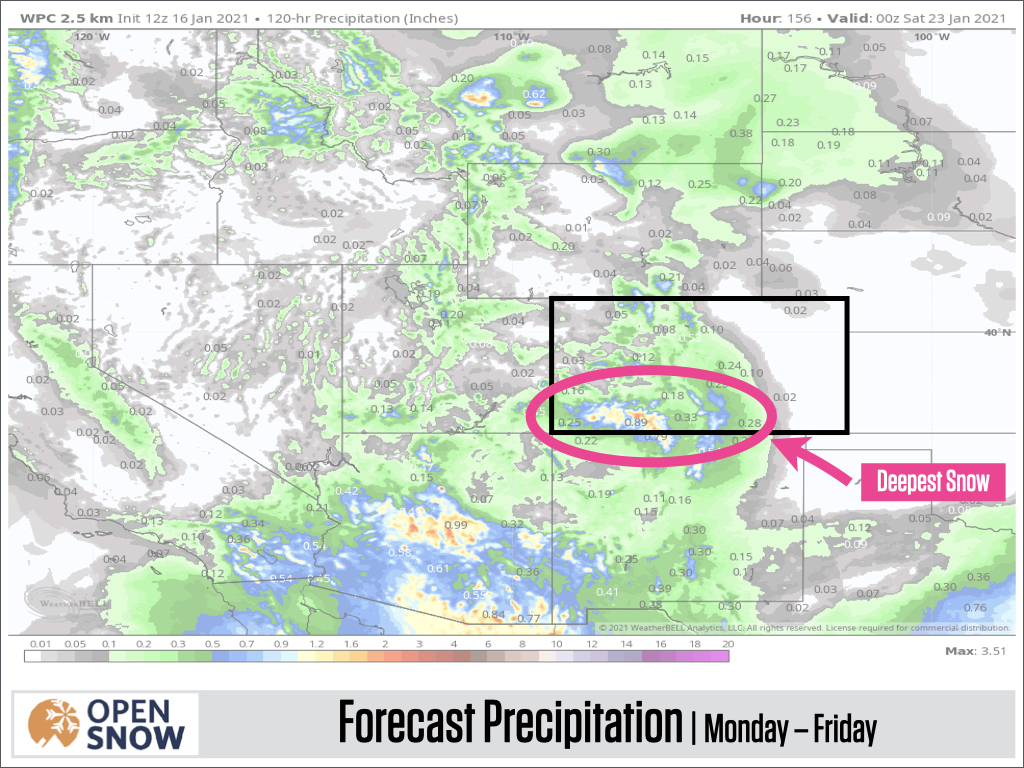 Sunday & Monday (January 24-25) should bring snow to all mountains. Storm energy to our west will track east and move over Colorado. The trend in the models is to keep this timing but to split the energy as it moves over Colorado with some energy going north and some energy going south. If the energy splits, most mountains will still get snow, but amounts could be lower and favor some spots and not others. Still, keep these days in mind for potential snowfall and soft turns.

The last days of January from Monday the 25th to Sunday the 31st looks like it will trend toward drier weather as storm energy hangs over and west of the west coast. This could bring a lot of snow to the west coast but may not be favorable for big snow here in Colorado. If this happens, the longer-range models will have, once again, suckered us into thinking that the center of the storm energy would be closer to the Rockies, only to update the forecast and have the actual placement of the storm energy farther west over the coast, similar to what has happened for much of the winter, and limiting our snowfall. Ugh!

Of course, things can change, especially with 10+ day forecasts, so we'll see if we can get some luck to come our way for the end of January. But for now, the scenario above looks like the most likely outcome.

Here’s an epic pow day at Breckenridge during the 2019-2020 season with 8” of super fluffy pow overnight after receiving 39” the two previous days! Some of the deepest pow I’ve ever seen at Breck. -Nicholas S. 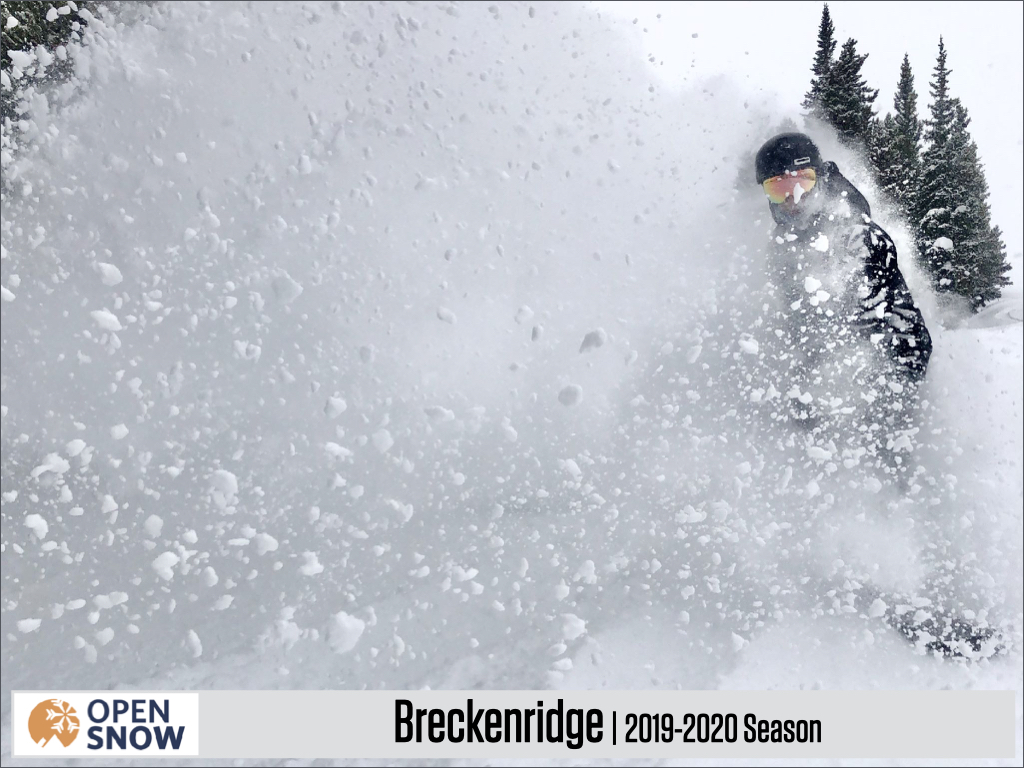