Periods of snow through Tuesday Night 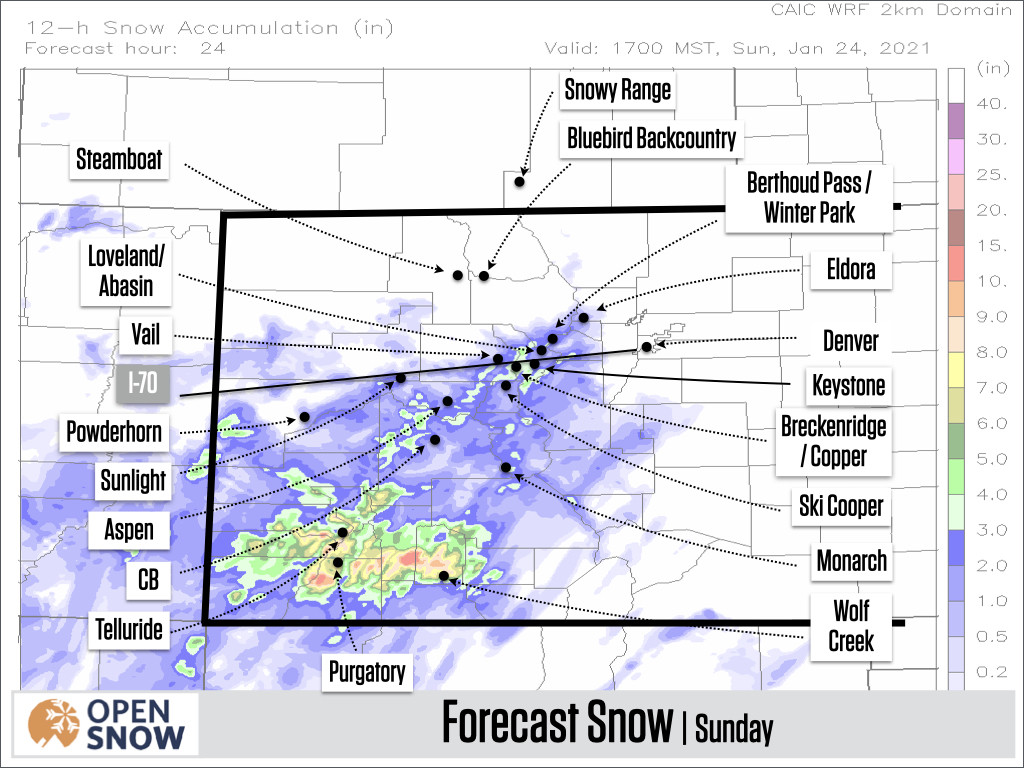 All mountains have seen at least some fresh snow from the storm, which started on Friday afternoon. Additional waves of snow will move through every 12-24 hours from Sunday morning through Tuesday night and most mountains should measure at least 6-12 inches during this time with the potential for 18+ inches of additional snow in the far southern mountains.

This was a drier time across the state with just lighter snow showers for most spots and a coating to 3 inches closer to the northern divide as the first wave of snow moved to our east.

The Next Three Days

We will see multiple waves of snow, each moving from southwest-to-northeast. This will favor the southern mountains with the deepest accumulations, but each wave should bring enough snow to the central and northern mountains so that collectively across these days accumulations will be greater than 6 inches for all mountains, and snow conditions should become soft and pretty fun everywhere. Below I'll break down the forecast for each day/night period.

The next wave will bring 5-10 inches to the southern mountains and 1-6 inches for areas near and south of I-70. 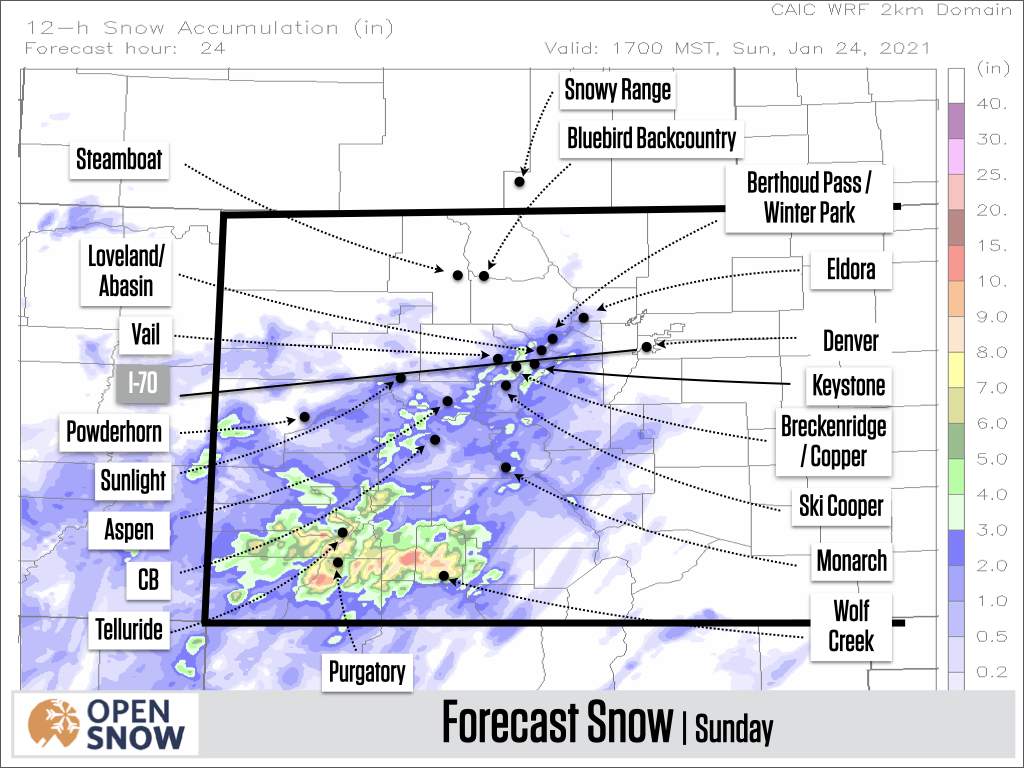 Lingering snow showers should deliver a few more inches, especially over the far west, the far south, and the far northeastern mountains. 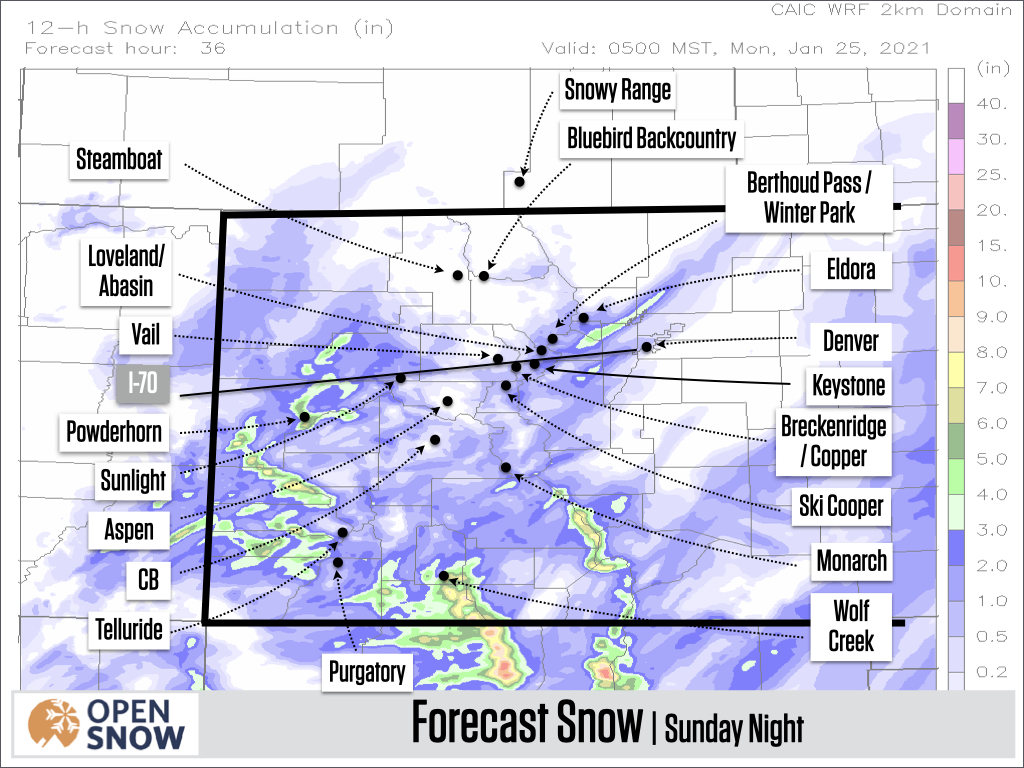 The next wave will keep light snow going across most of the state. I am watching late Monday afternoon for the snow to ramp up over the northeastern mountains. 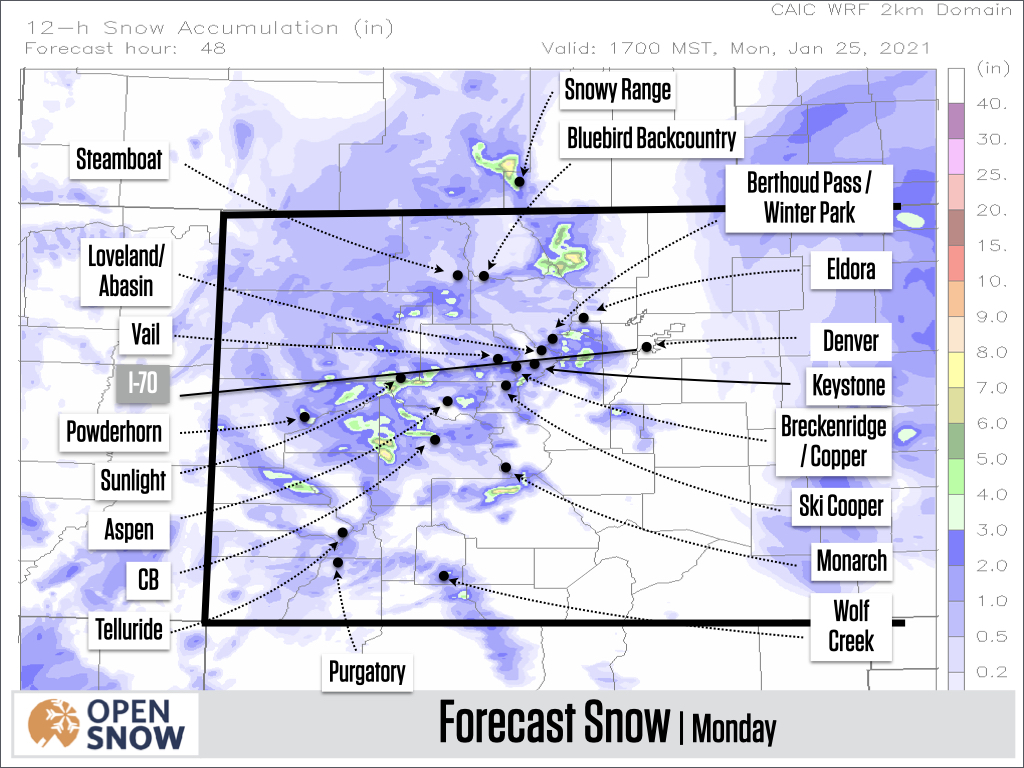 There will be two areas to watch. The northeastern mountains should see a burst of snow as a wave of energy moves over a surface wind from the east. Then the next wave will track over the southern mountains. Both of these regions should have 3-6+ inches of freshies on Tuesday morning. 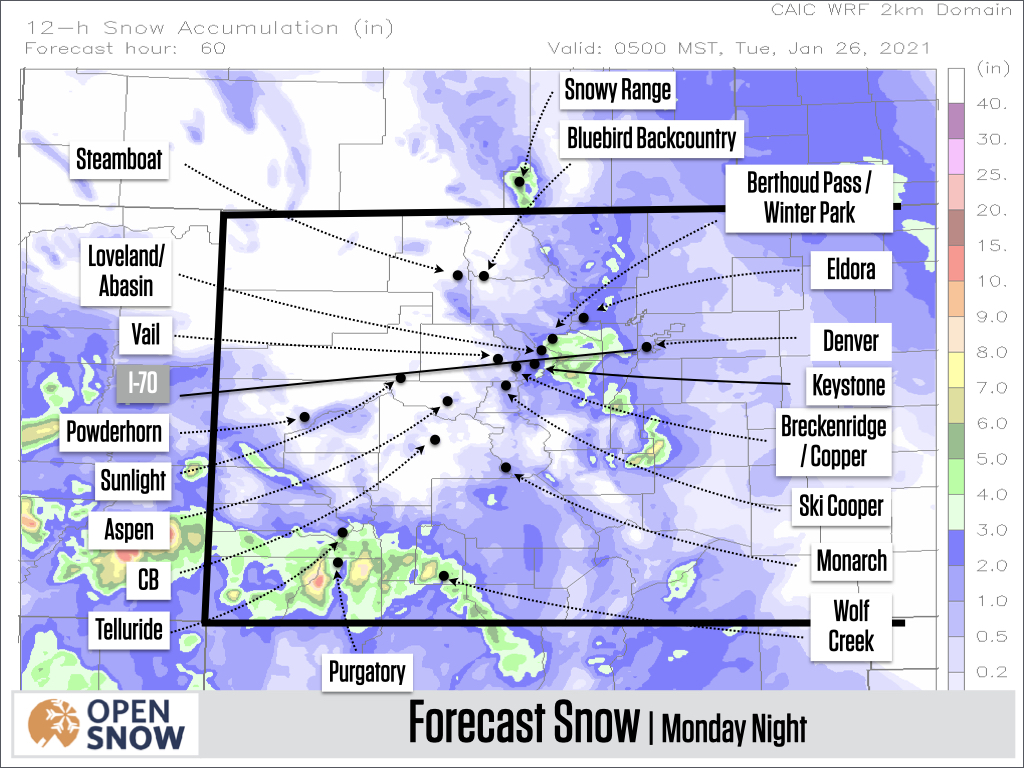 All mountains have a good chance of seeing snow during the day with at least a few additional inches of accumulation. Temperatures will be colder than they are now so the snow quality should be much fluffier. 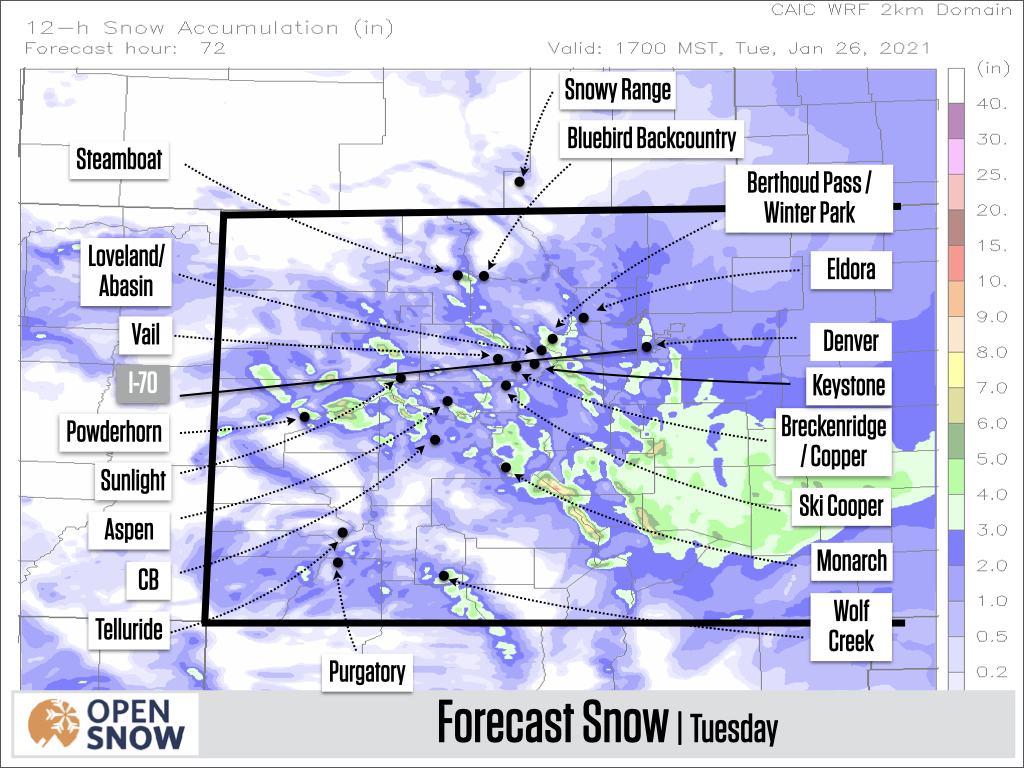 The final wave of energy will move across and east of Colorado and there should be lingering snow showers and at least a few inches of snow for the northern mountains. This could set up Wednesday morning to be soft and fun. 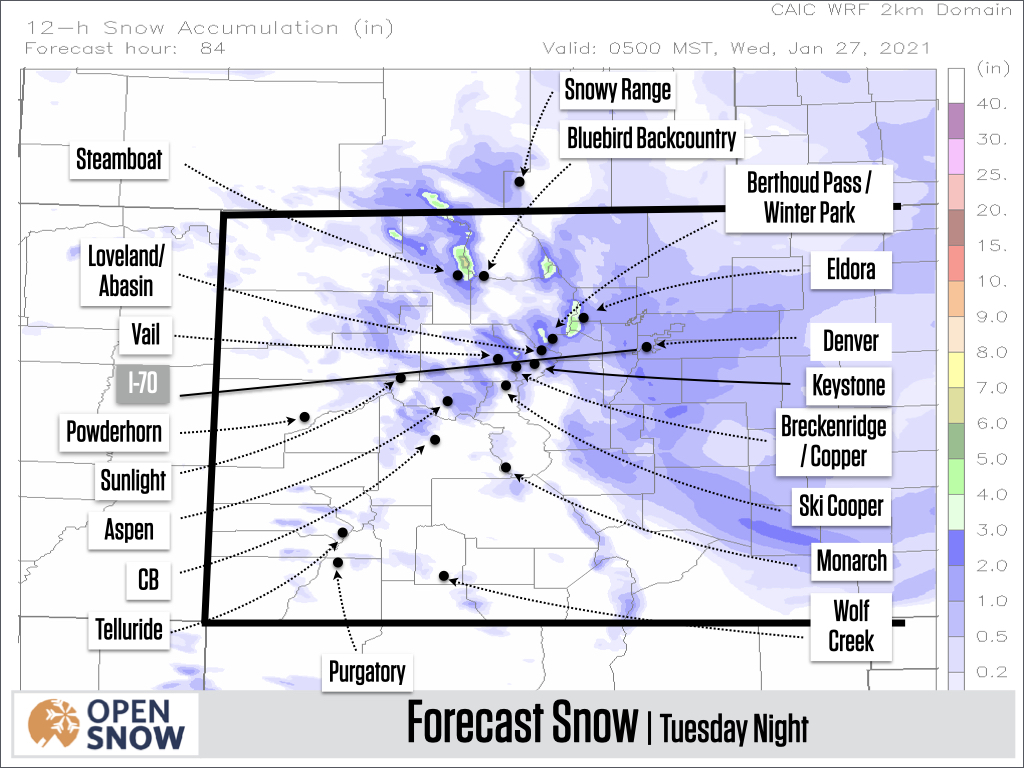 The next storm will bring snow from Friday night through Saturday. Like the current system, the track of this upcoming storm looks like it will favor the far southern mountains with double-digit snow totals possible and a powder day on Saturday, January 30th. For other mountains, there should be snow and at least a few inches of accumulation on Saturday and Saturday night, though totals might not be deep enough to create a real powder day.

Following drier weather between about January 31 and February 2, the next storm should bring snow starting on or around the night of February 2nd with a high chance for snow on February 3rd and potentially for a few days after that. February 3rd could be the start of another multi-day storm and this one could be more of an equal-opportunity system with deeper snow totals across all mountains.