Powder Wednesday morning in the north? 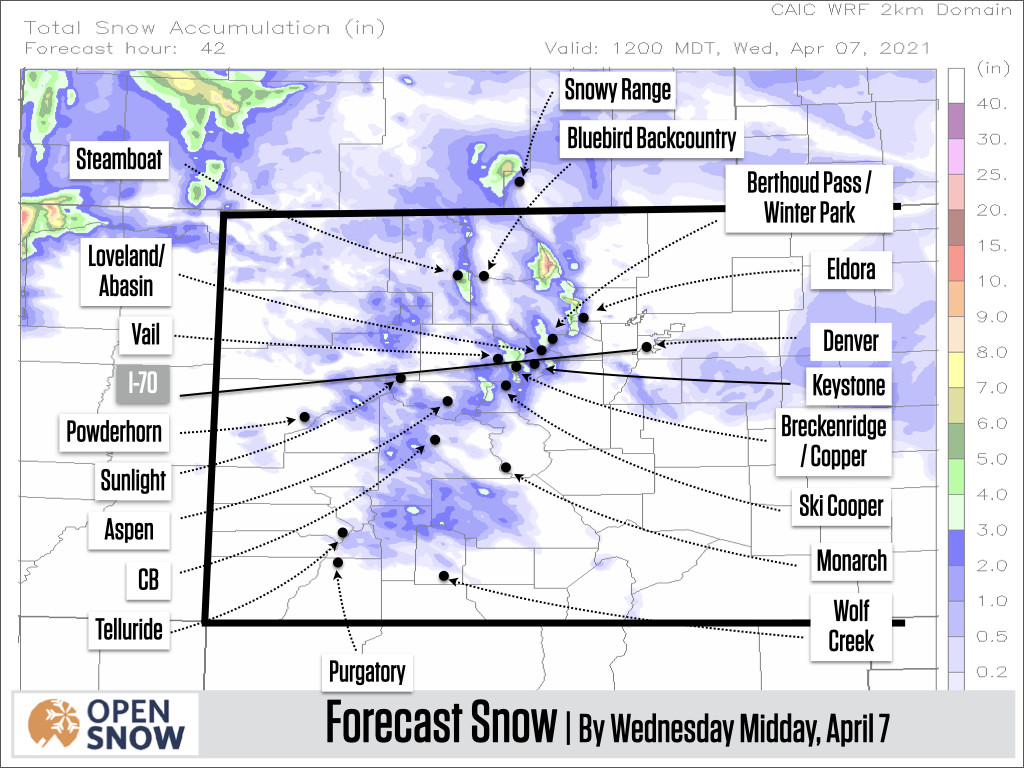 Tuesday will be showery with temperatures in the 20s and 30s. Tuesday night into Wednesday will offer the best chance for accumulating snow over the northern mountains with 1-5 inches and maybe some surfy powder on Wednesday morning. Looking into next week, we are still watching for the chance of a few days of snowfall.

Monday was the final super warm day of our springtime cycle. Temperatures rose into the 40s and low 50s at most mountains.

Now on Tuesday morning, a storm is slowly moving into Colorado, and morning temperatures in the 30s should stay steady or even drop a little bit through the day, especially over the northern mountains. We could see scattered showers during the day though snow accumulations should be minimal.

Tuesday midnight through Wednesday noon will be the best chance for accumulating snow, focused over the northern mountains with a northwest wind direction. Based on the variability of all models, I'll stick with a wide range of 1-5 inches. It does look like most of the snow will fall after midnight on Tuesday night, so if there is no snow when you head to bed on Tuesday evening, that doesn't mean the storm is canceled. It's late in the season and we just came off a fantastic stretch of spring conditions, but if you're still into riding powder, keep your eye on Wednesday's first chair through mid-morning, primarily in the northern mountains, as there could be a few inches of fresh snow to enjoy. 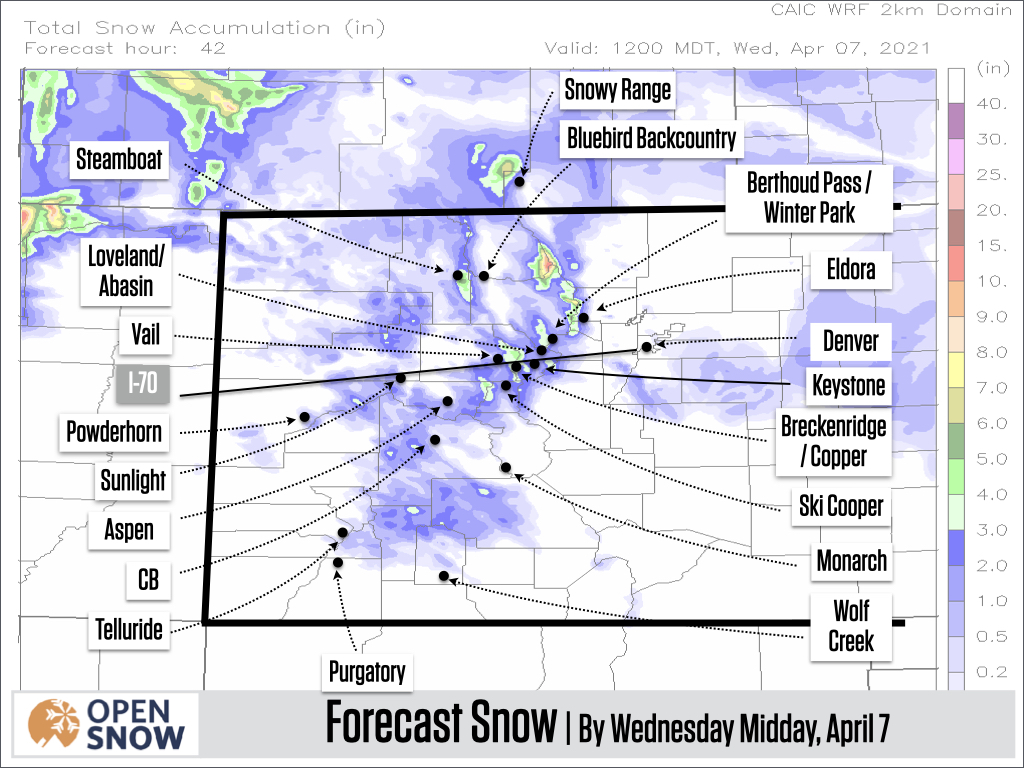 Wednesday will be a mixed day with lingering snow in the northern mountains in the morning then drying out during the afternoon. Temperatures should be in the 30s.

Thursday should be warmer with high temperatures in the 40s.

Friday should be cooler with high temperatures in the 30s. A storm will drift near but stay north of Colorado. The farthest northern mountains near Wyoming could see a few flakes.

Saturday should be warmer with high temperatures in the 40s.

Sunday should be cooler with high temperatures in the 30s. There might be some snow over the northern mountains as yet another storm drifts by to our north. 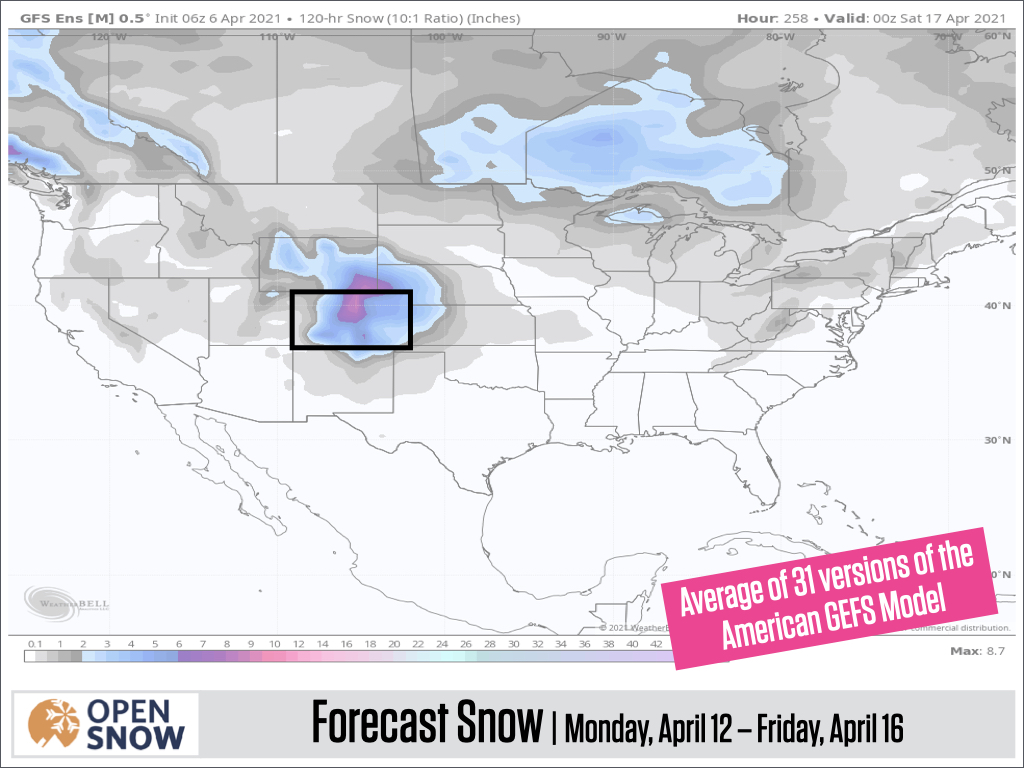 The European EPS flipped back to a snowier forecast. 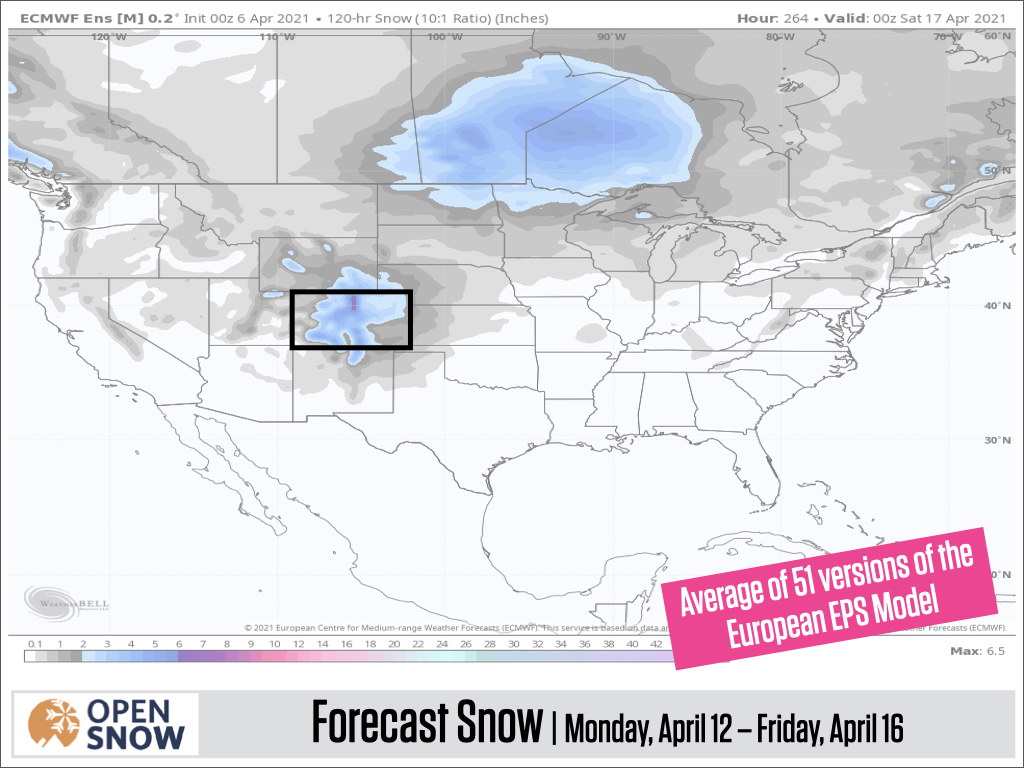 And the Canadian GEPS is still on board the (moderately-snowy) storm train. 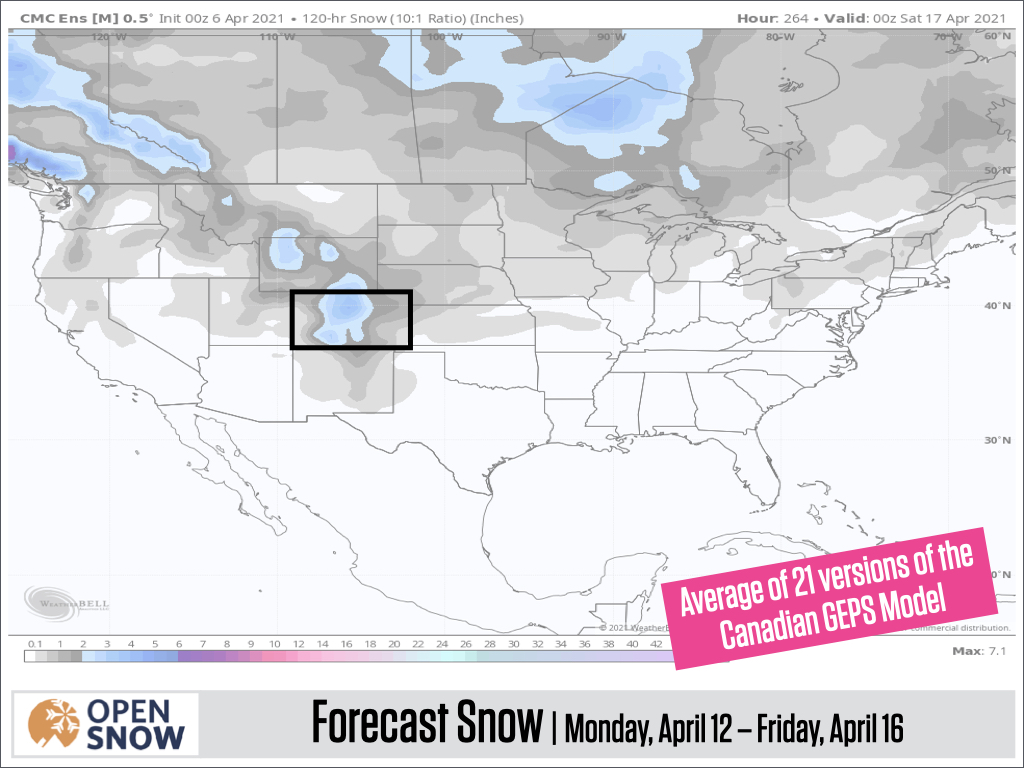 Remember that each map above is the average of multiple versions of each model, so even moderate amounts of snowfall are a signal that there could be a decent amount of snow next week. These latest models put the bullseye on the northern divide, so maybe that area has a little better chance for deeper snow, but we're still a week away so we shouldn't focus too much attention on specific locations. Can we sneak out some higher-elevation powder next week? We'll see if the forecast holds…

Here is 2-year-old Silas, who is pumped to be a big kid and ride the lift at Eldora! 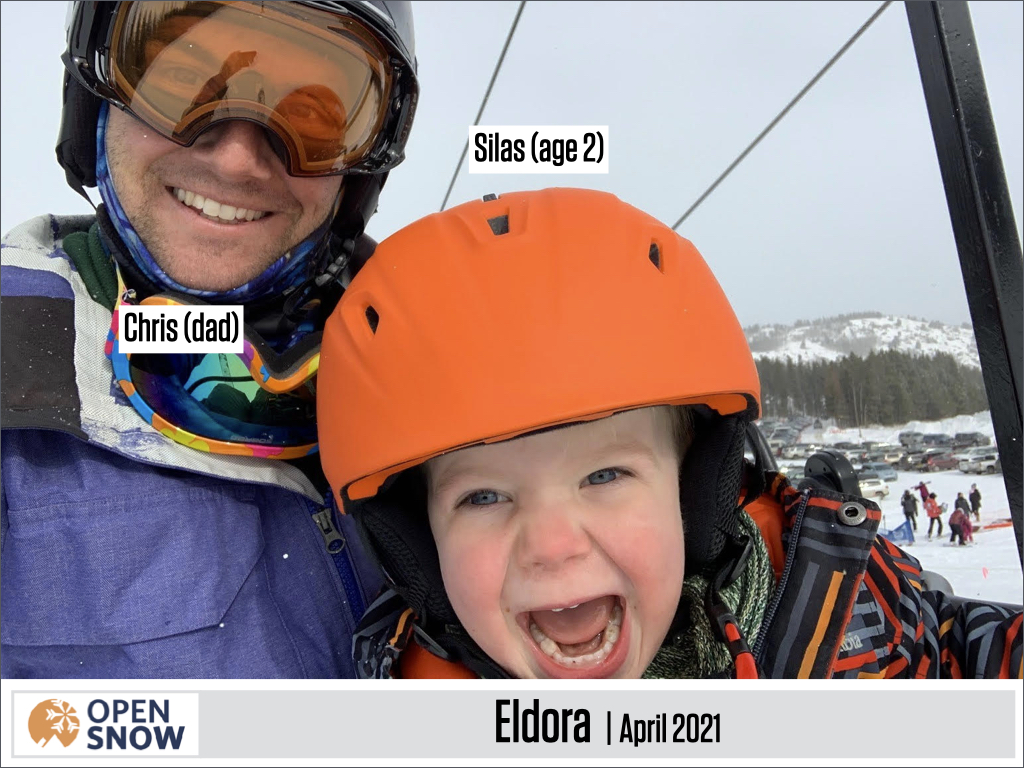