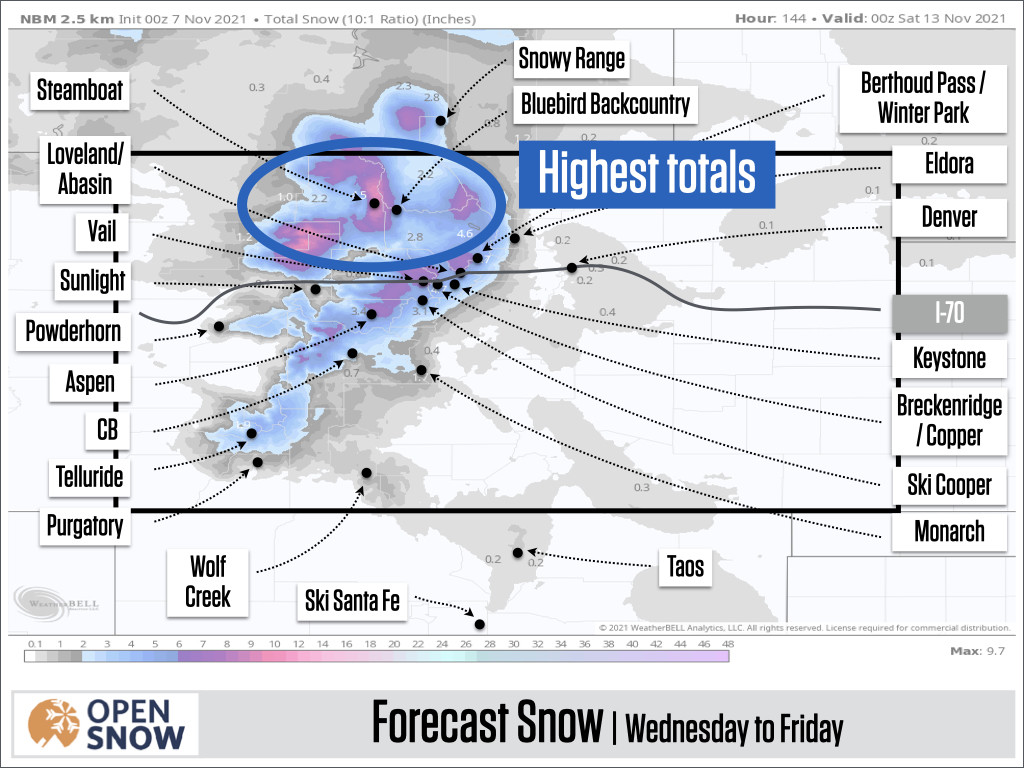 Sunday, Monday, and Tuesday will continue to be warm and dry with some snowmaking potential at night. Starting on Tuesday night, a storm will bring snow to all mountains through Wednesday, and snow could continue through Friday for the northern mountains. Total snowfall could reach double digits in the far north with less snow farther south.

Saturday was mostly sunny and warm with daytime highs in the 40s at most mountains. Nighttime lows have been near freezing, which by itself isn't great for snowmaking, but the dry air helps a bunch, so snowmaking has been somewhat effective at night at many spots, and limited additional terrain has opened at Keystone, Loveland, and A-Basin.

For Sunday, Monday, and Tuesday, the dry and warm weather will continue. The only interesting weather will be times of high-elevation clouds that will filter the sunshine, and gusty winds during the afternoon.

The next storm will arrive on Tuesday evening or overnight, and snow will fall for all mountains from Tuesday night through Wednesday. This storm has been on our radar for about one week and the models remain consistent with the forecast. The brunt of the storm will track to our north, but at least we will see some snow. 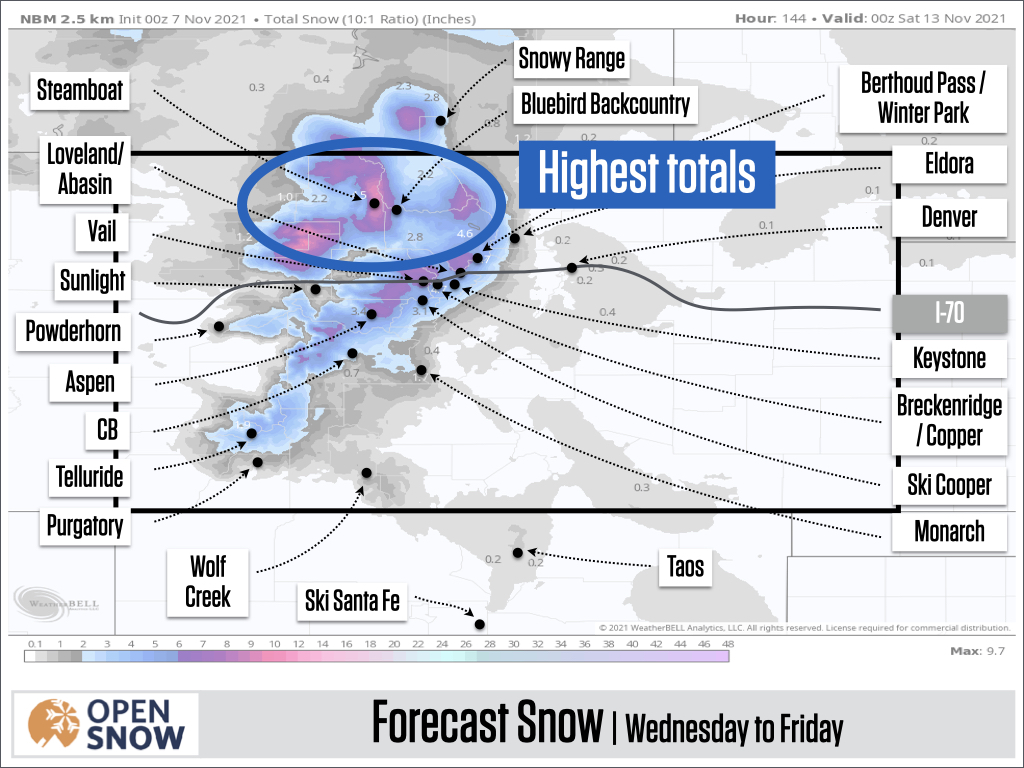 Wednesday should be the best chance to enjoy fresh snow, though for mountains near and north of I-70, clouds and snow showers will stick around from Wednesday night through at least Friday, and maybe into Saturday, so snow conditions could/should remain soft through the end of the week.

This midweek system will not be a big one, but at least we'll see some snow this week. As my grandma used to say, 'thank goodness for little favors'.

It's likely that we'll return to dry weather next weekend (Nov 13-14) and into early the following week.

Then during the middle and end of the following week (Nov 17-22), I'm keeping expectations low, but there is a glimmer of hope for more snow. 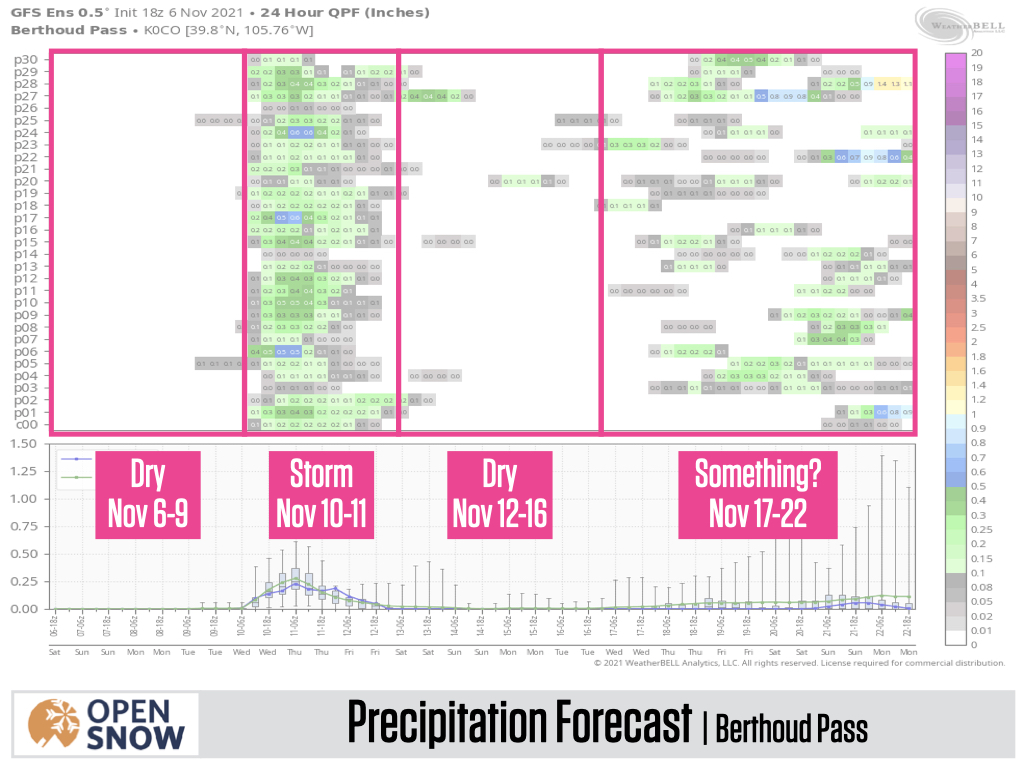 I would NOT call the possible precipitation from Nov 17-22 a good bet, but at least about half of the 31 versions of the model show some precipitation, and other longer-range models present a similar forecast.

Ideally, we'd be looking at multiple strong storms as we head into late November as we get closer to opening day for more ski areas. That's not what we're seeing here, but at least there's a hint that additional storms will move toward Colorado.