A little something this week 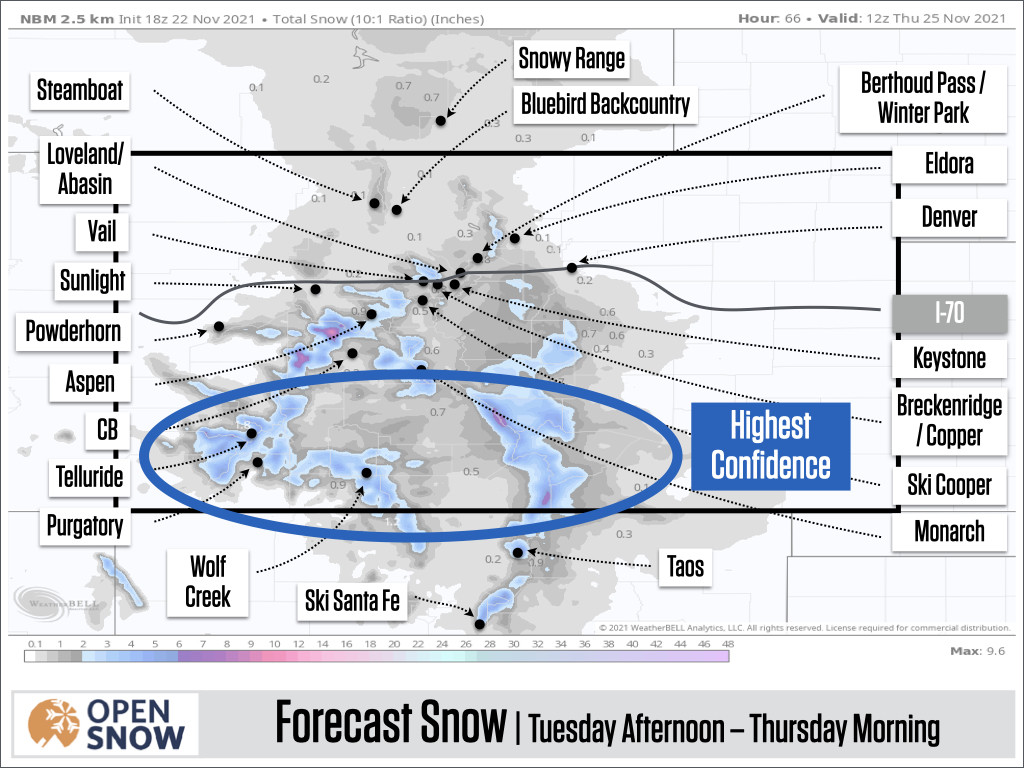 From Tuesday afternoon through Thursday morning, a surge of moisture from the southwest will bring a few inches of snow to the southern mountains with light accumulations possible elsewhere. Otherwise, we'll wait for about one week until we could see a stormier period begin during the first 7-10 days of December.

Monday was a gorgeous day with temperatures rising to around 40°F and sunny skies. Those clear skies allowed the GOES-16 satellite to take a beautiful image showing the higher peaks covered in snow across Colorado. 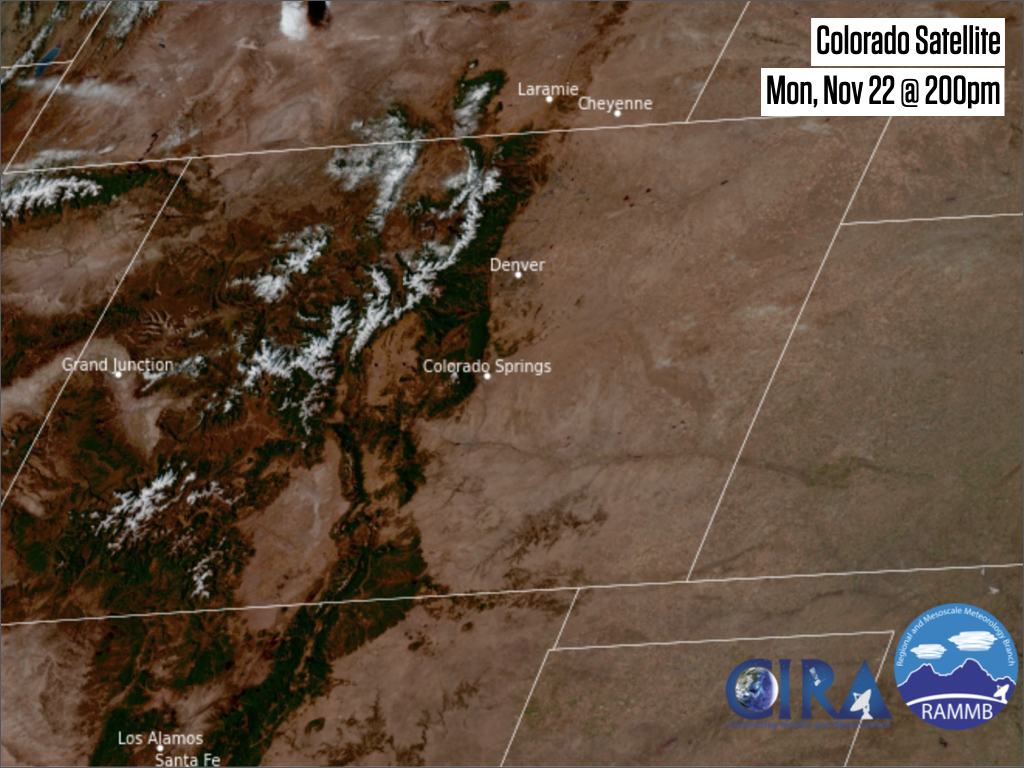 Now on Tuesday, we'll start out dry, and then will see showers begin in the southern mountains during the middle of the day.

On Tuesday night and Wednesday, the best chance for 2-4+ inches of snow will be in the southern mountains. The chances for measurable snow will decrease farther to the north. 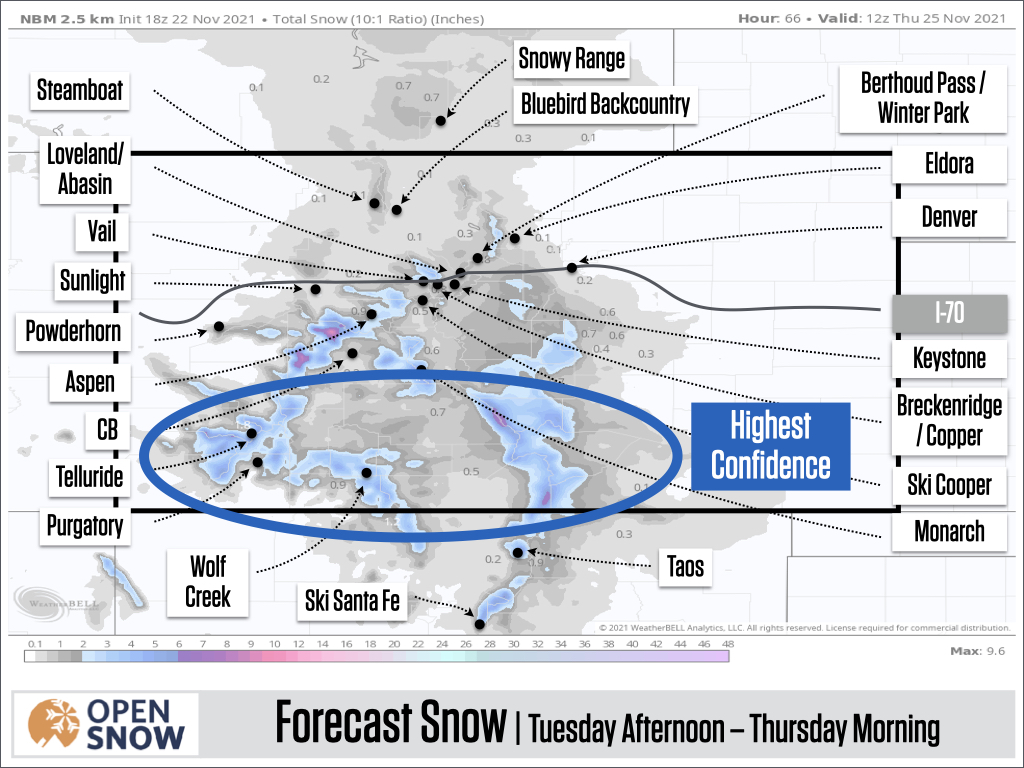 The area east of the Sangre de Cristo mountains will also be favored for snow, but later in the storm on Wednesday night into Thursday morning. 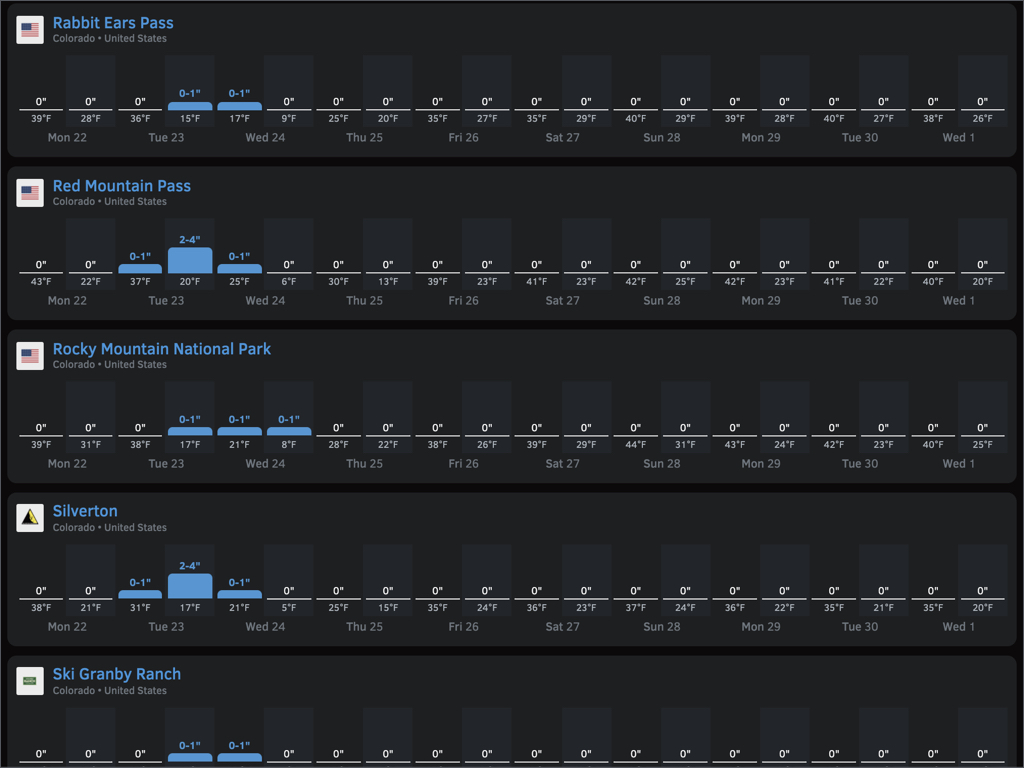 Wednesday's storm will bring colder air to Colorado with temperatures in the teens on Wednesday and Wednesday night, and this should help snowmaking crews augment any natural snow that this disjointed midweek storm can produce.

From Thanksgiving through the end of November, all signs point to dry weather, plenty of sunshine, and high temperatures in the 30s with nighttime lows cold enough for some snowmaking.

Looking far ahead, I'll continue to offer the same graphic (below) which indicates that our snow chances will improve as we get into early December. Below is the European ensemble model, where each horizontal line shows the amount of precipitation from one of the 51 versions. Other models show a similar outlook with more active weather in early December. 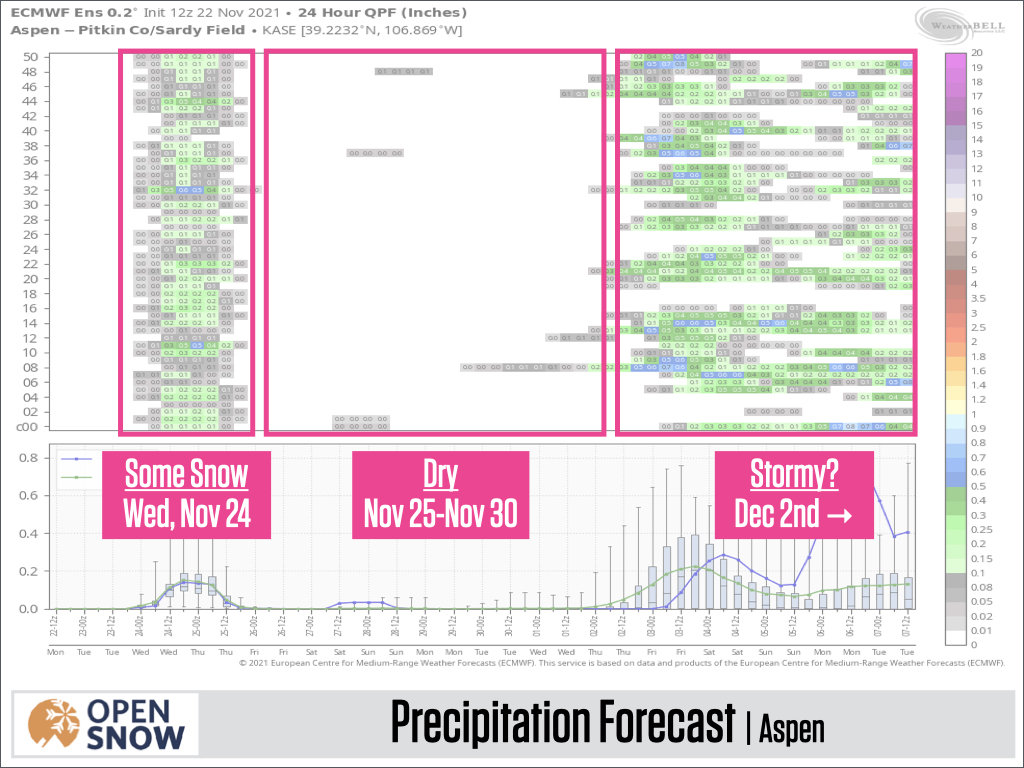 So…we're watching the long-range forecasts and hoping that December really does begin as stormy as some models show. For what it's worth, the longest-range models which forecast 35-46 days in advance are now showing that much of December could be stormy. That's mere speculation, but at least it is speculation that's in our favor.