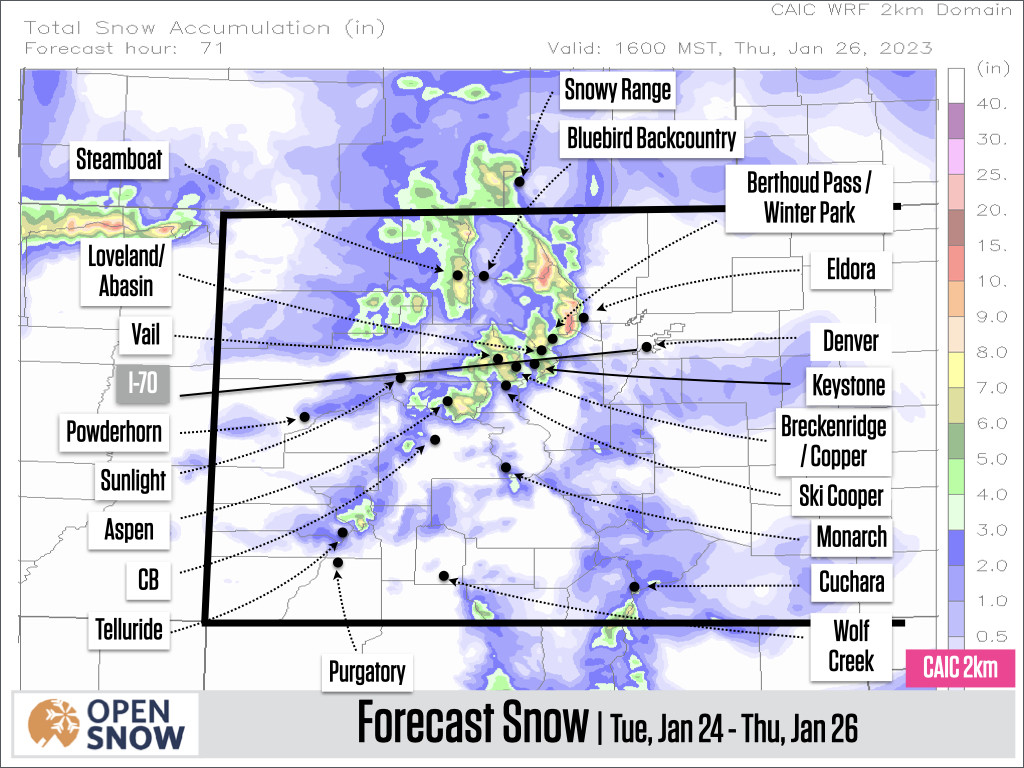 There will be three chances for snow during the next week. Tuesday, Wednesday, and Thursday will offer light snow across the northern and central mountains and temperatures will be cold. Friday into Saturday could bring moderate or even significant snow totals to the far northern mountains. And next Monday and Tuesday (Jan 30-31) could bring significant snow to most mountains.

The first of three chances for snow will be on Tuesday, Wednesday, and Thursday as northwest winds (behind the storm to our south) push cold air and snow showers over the northern and perhaps the central mountains.

The main story during these three days will be the cold temperatures with a high temperature of around 0-10°F across the northern and central mountains.

The secondary story will be the light snow that could amount to 2-7+ inches across these three days for the northern mountains. The positive factors for snowfall include an extended duration of snow for 72 hours (enough time so that even light snow can add up to respectable totals) and cold temperatures, which should create fluffy snow which can stack up. The negative factor for snowfall is also the cold temperatures, which result in very little moisture in the air and sometimes smaller snowflakes.

I'm not exactly sure which factors (positive or negative) will prevail, and the high-resolution CAIC 2km model give a middle-of-the-road forecast with 2-7 inches across the northern mountains. Even if snow totals aren't big, a little fluff each day across the northern half of the state can result in fun conditions. 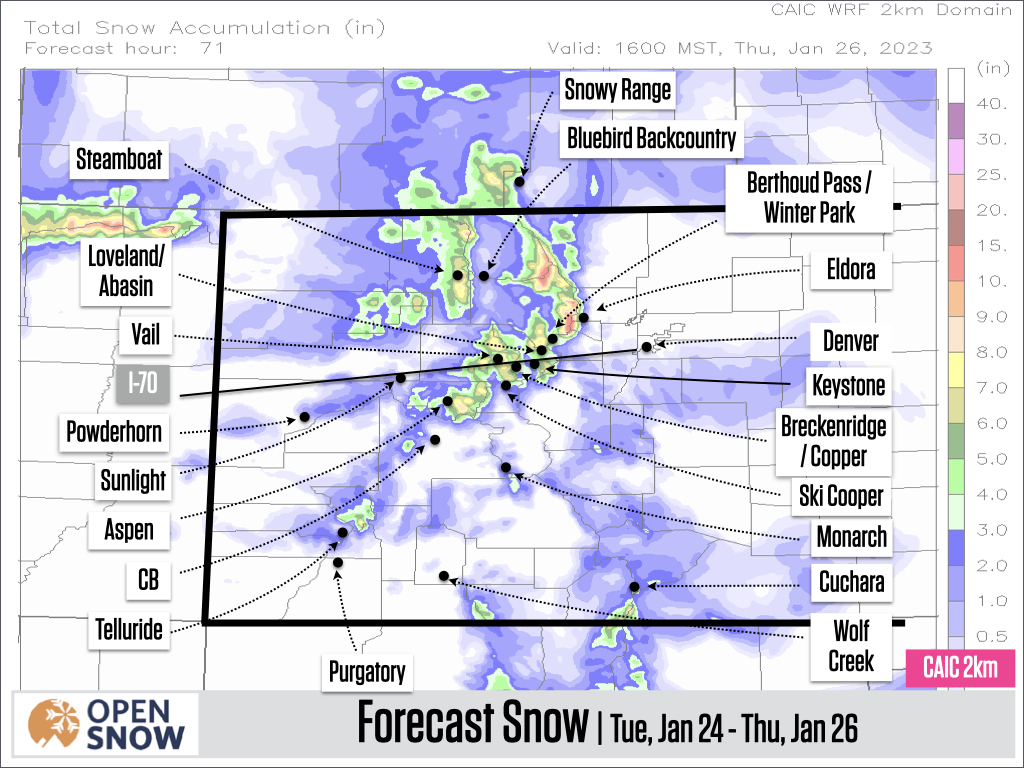 The second of three chances for snow will be on Friday and Saturday when a storm might bring snow to the far northern mountains.

All forecast models agree that the focus of this storm will be on the far northern mountains, generally around Steamboat. However, there is limited model agreement about the exact location of the most snow.

The European, Canadian, and German models show 6+ inches of snow for the far northern mountains (north of I-70) with possible powder on Saturday. 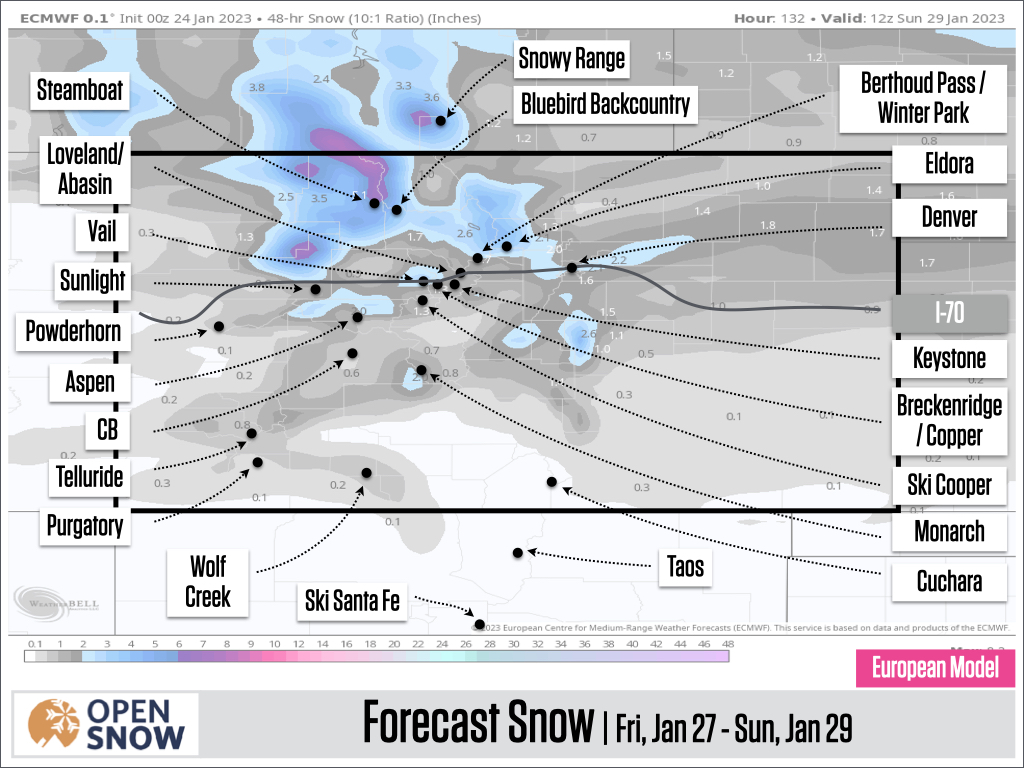 However, the American GFS model keeps the storm farther to the north with little snow for Colorado. 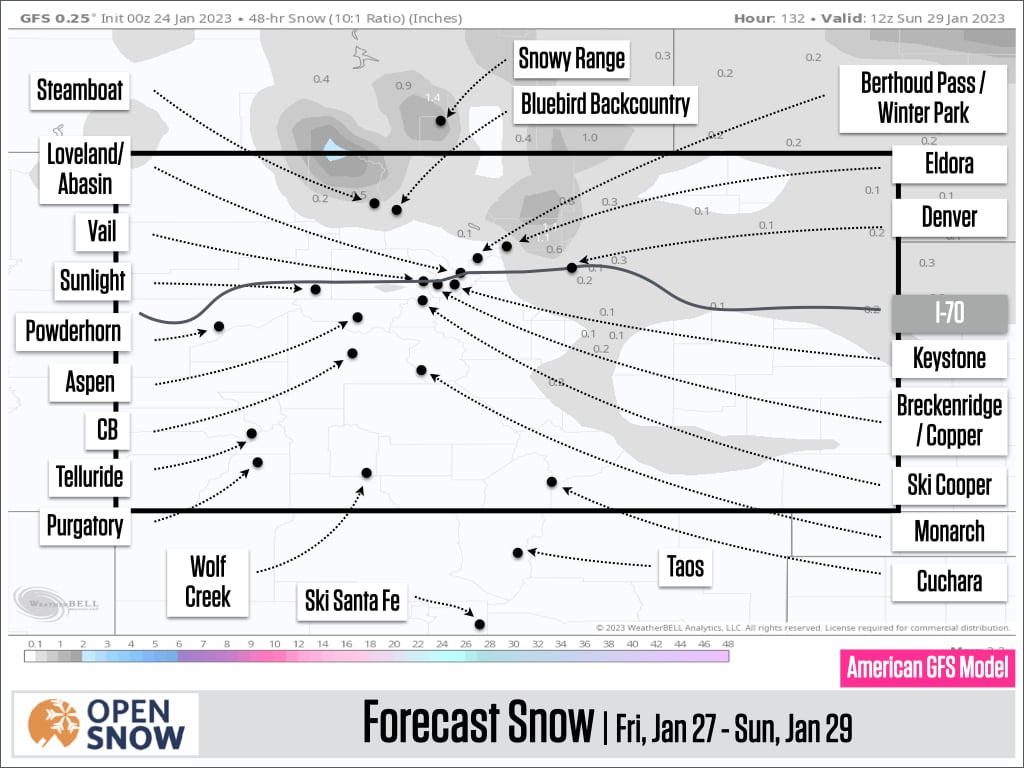 If the battle is between most models showing snow and the American GFS model showing little snow, it's often wise to bet against the American GFS model, so I think there's a pretty good chance for snow across the far northern mountains from Friday into Saturday. However, this forecast is far from a lock, and we'll see how the forecast data trends over the next couple of days.

The third of three chances for snow will be next Monday and Tuesday (and maybe Wednesday), from January 30 to February 1. This is when a stronger storm should bring snow to all mountains. 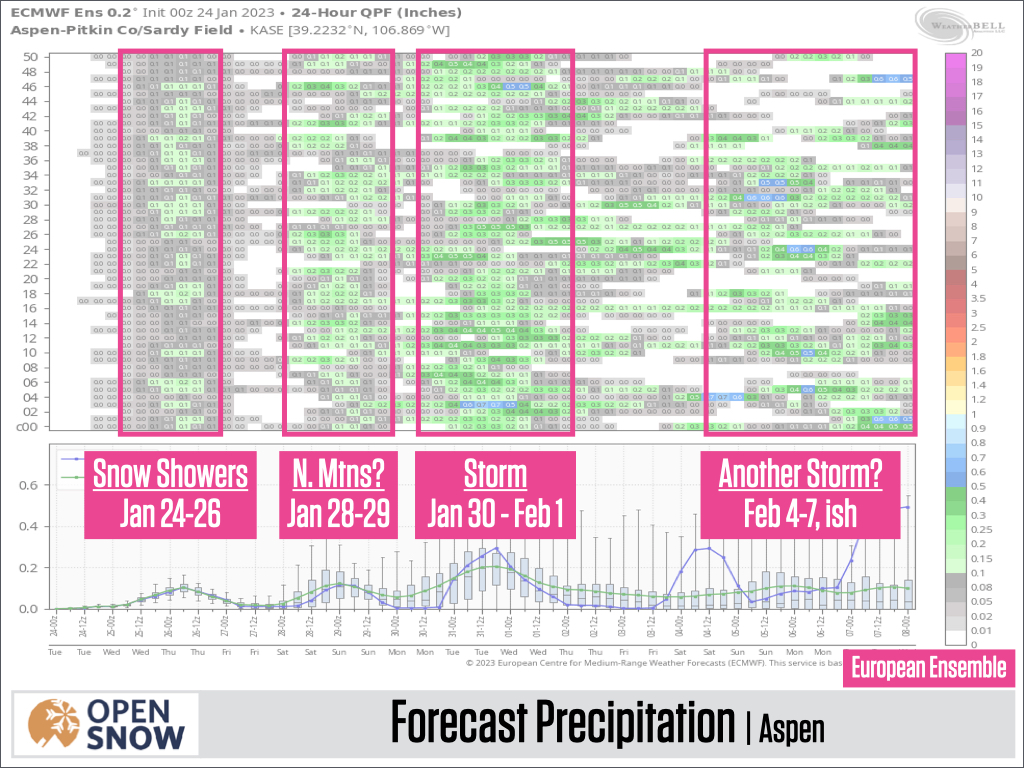 Most versions of most models show a significant storm tracking through Colorado early next week, and this aligns with what we have been talking about for a few days with the likelihood for storminess around the Rockies and Colorado during the final few days of January and into early February.