One surprise + clarity emerging for the snowfall this weekend 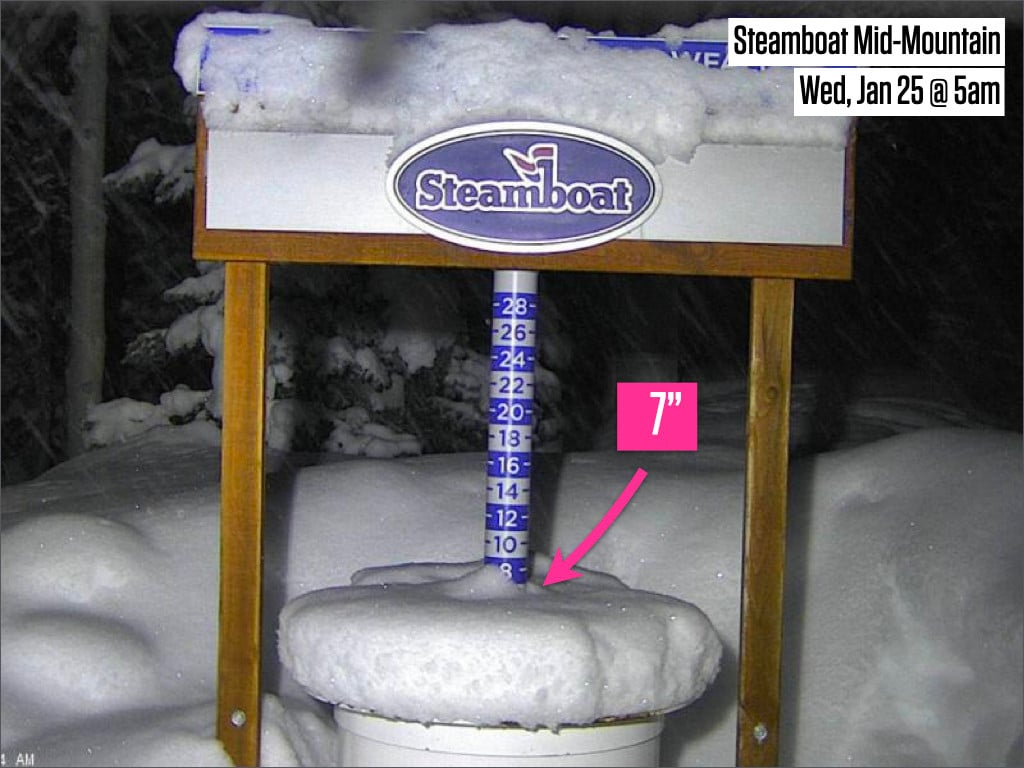 On Tuesday and Tuesday night, cold temperatures and snow showers delivered 1-2 inches of snow to the northern and central mountains with up to 7-8 inches at Steamboat. Wednesday and Thursday will bring more showers with light accumulations. Then a storm from Friday to Saturday should favor the far northern mountains, and another storm around Jan 30 - Feb 1 should favor the southern mountains.

Tuesday and Tuesday night delivered cold temperatures (single digits) and snow showers to the northern and central mountains, as well as the northern part of the southern mountains (Silverton, Telluride).

Snow totals as of Wednesday morning are in the 1-2 inch range, which was within our low-end expectations.

The exception occurred at Steamboat where their overperforming season continues. As of Wednesday morning, Steamboat's mid-mountain snow stake shows 7 fluffy inches, and its summit snow stake shows about 8 inches. 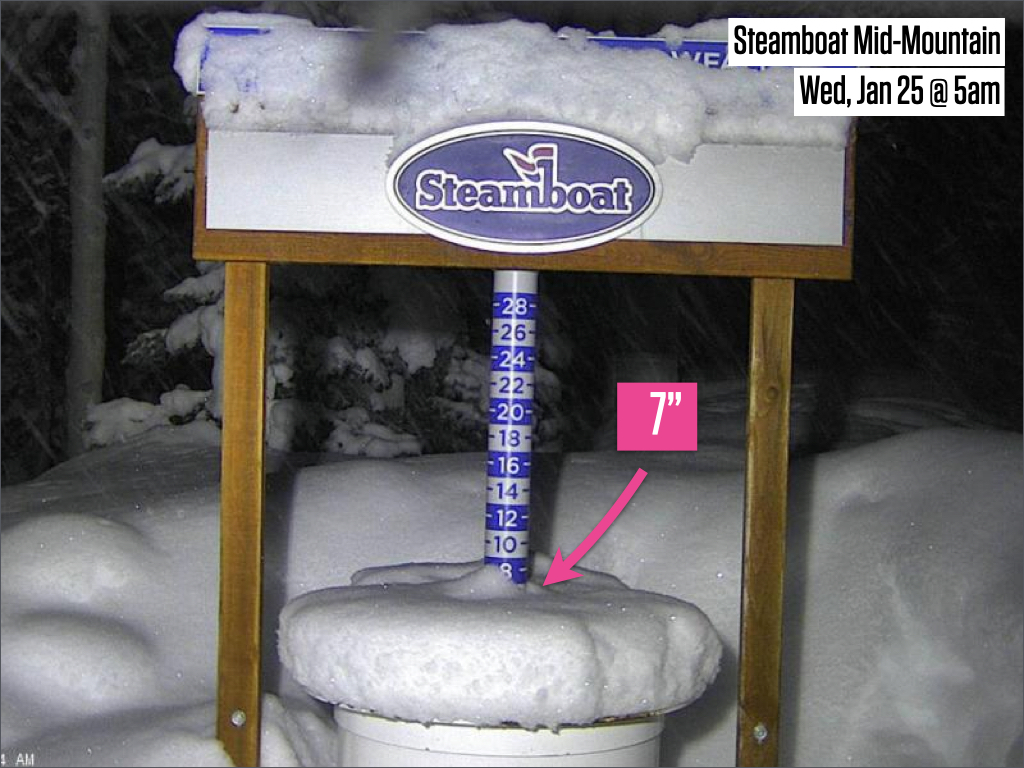 Heading into the snow showers on Tuesday, Wednesday, and Thursday, we were expecting 2-7 inches, and that should be right for most mountains. However, Steamboat has already reached the high end of the range, so they will go over by at least a few inches.

Below is the forecast snowfall on Wednesday, Wednesday night, and Thursday, with light amounts for most mountains and 6+ inches of additional snow for areas well north of I-70. 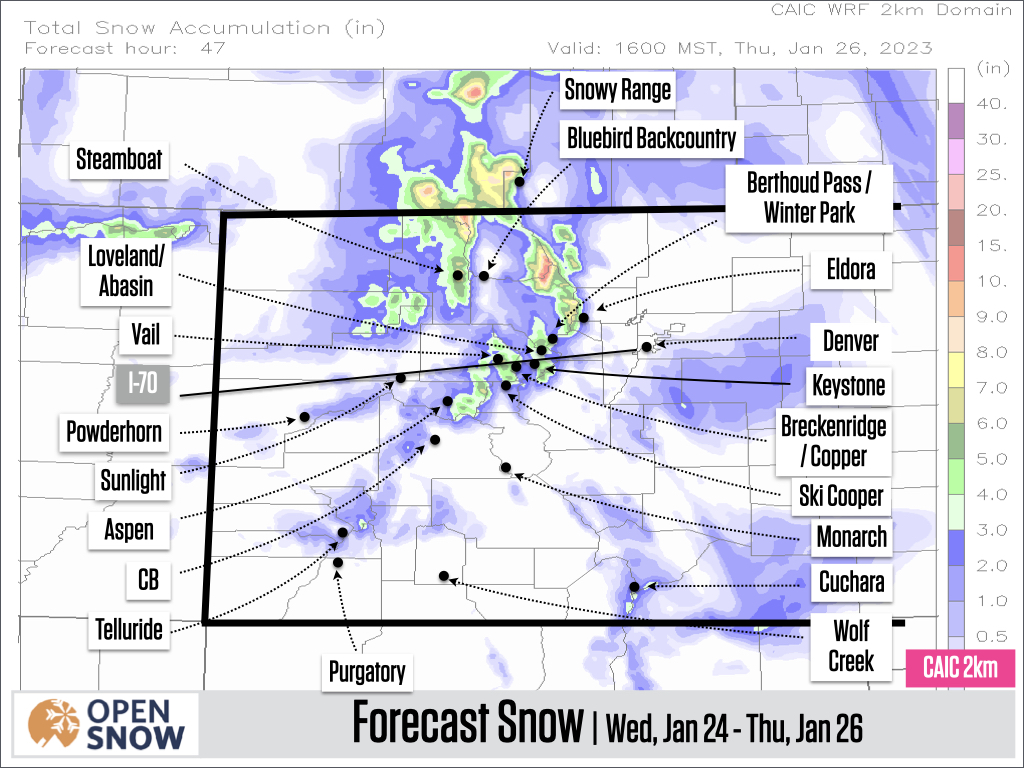 Temperatures on Wednesday and Thursday will remain very cold with highs in the 5-15°F range.

Next storm Friday and Saturday

Following drying weather later Thursday into Thursday night, the next storm will bring snow from Friday through Saturday.

Today, the American GFS model switched its song and fell in line with the other models. Now, there is reasonable model agreement that Friday and Saturday will bring the most snow to mountains well north of I-70. In the images below (top = European model, bottom = American GFS model), I am focusing on the snowfall pattern and not the exact numbers, as the numbers will continue to be adjusted until just before the storm's arrival. 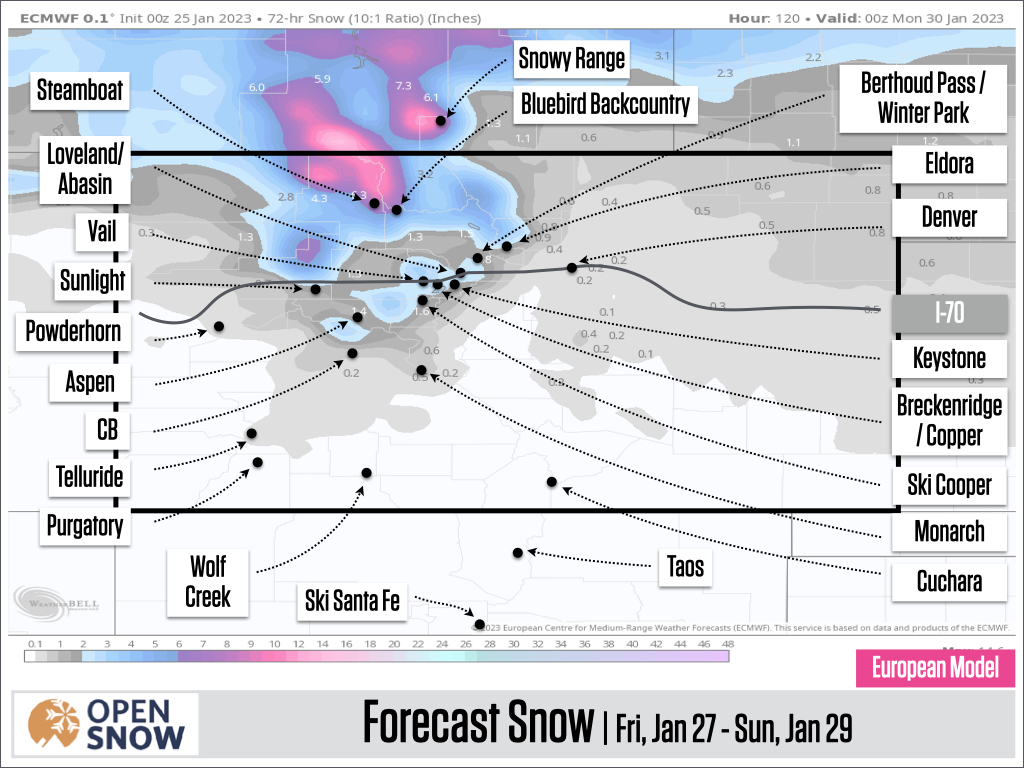 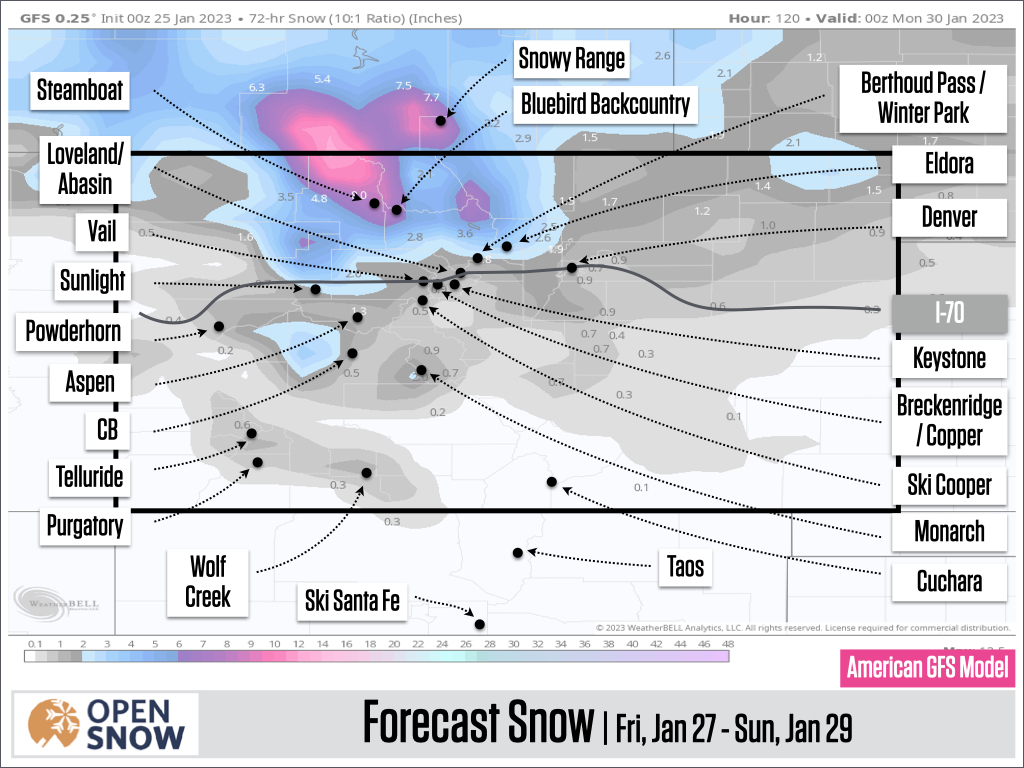 The bottom line for Friday and Saturday is that areas closest to the Wyoming border should see the most snow, with possible powder on Friday and a higher likelihood for powder on Saturday. Also, the geographic line between a lot of snow and little snow could be sharp, so we'll continue to watch this storm closely and see if we can fine-tune the forecast during the next two days.

Looking beyond the far northern mountain storm on Friday into Saturday, there could be a brief period of dry weather on Sunday into Monday, then it's likely that our next storm will be around Monday, January 30 to Wednesday, February 1. 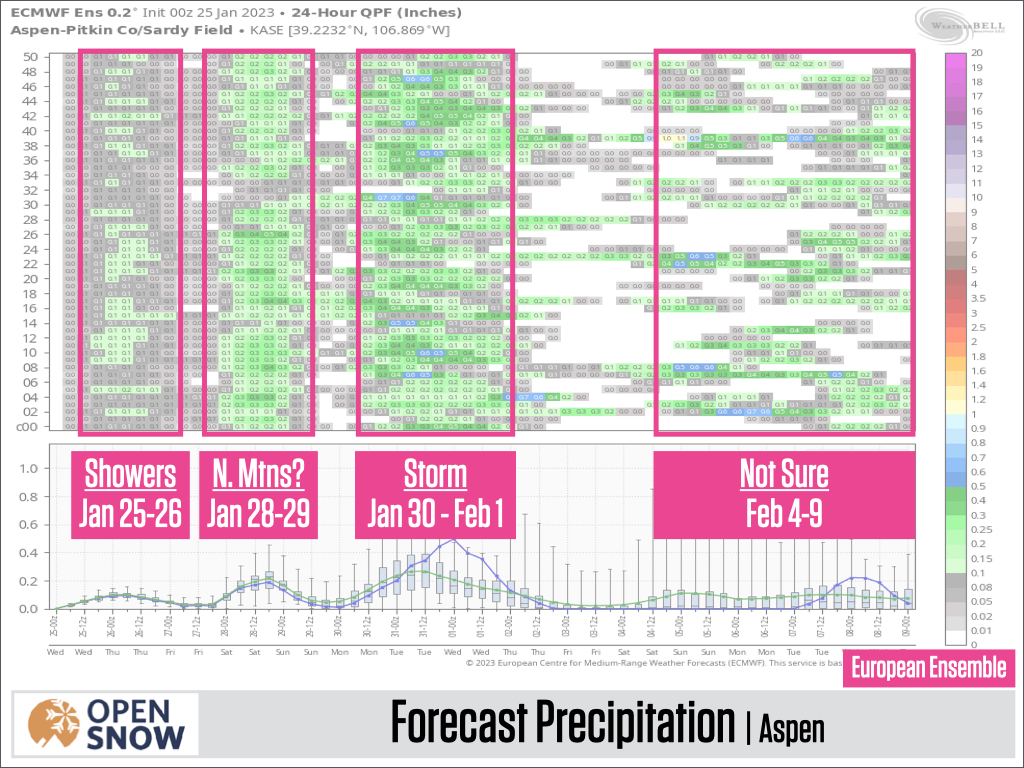 The storm between Jan. 30 and Feb. 1 may target the southern mountains with the most snow, and it's also possible that the storm will track a little too far south of Colorado to bring us significant snowfall.