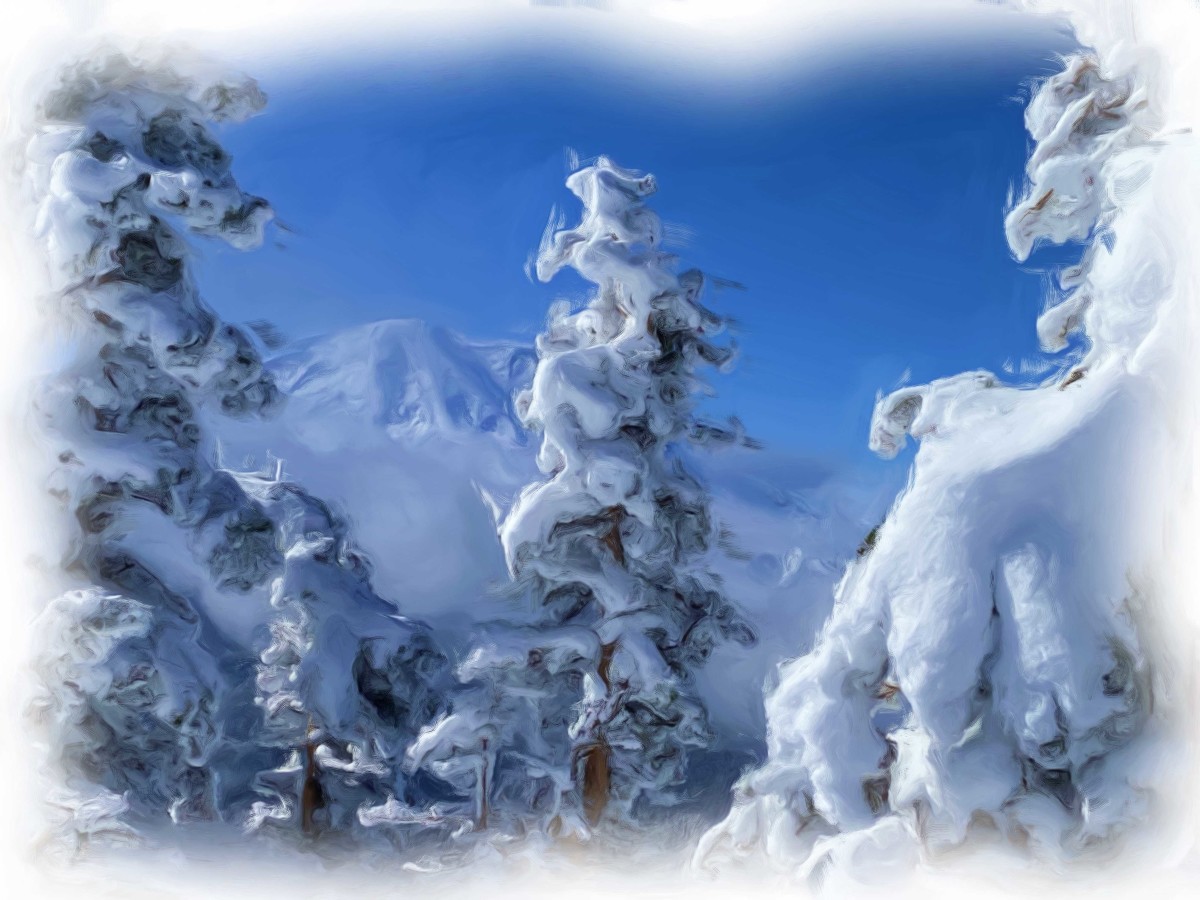 Skiing continues into early May for some areas and for Mt. Hood there is summer skiing for you! Check your favorite ski area website. Days, hours, and lifts are limited. Some areas are closed, some weekends only through early May 2021.

It turned out to be a fantastic ski season with excellent snowfall.

My prediction was for near to above normal snowfall driven by the La Nina forecast. That promise definitely verified with many powder days and the snowpack, well above normal.

Early in the season we were all concerned with Covid limitations how the season would unfold or if ski areas would quickly close if there were outbreaks. In the end we all adjusted. At least we could ski. Special thanks to all ski area workers especially the ticket checkers and lifties. The snow came early and ski areas opened. We were skiing by late November with mainly natural snow and good conditions. The great snowfall continued with fine skiing in December. January was mixed with occasional high snow levels (warm atmospheric rivers) but also new snow.

Then the La Nina effect really kicked in with cold northwesterly flow and many powder snowstorms in February and March. Snowpack depth surged to above normal in February and March (see graph and graphic). April we saw fantastic powder again early, then wonderful warm spring skiing, with fantastic snow coverage.

What a season. This season showed, once again, La Nina is a reliable long range seasonal predictor for abundant snow in the NW. 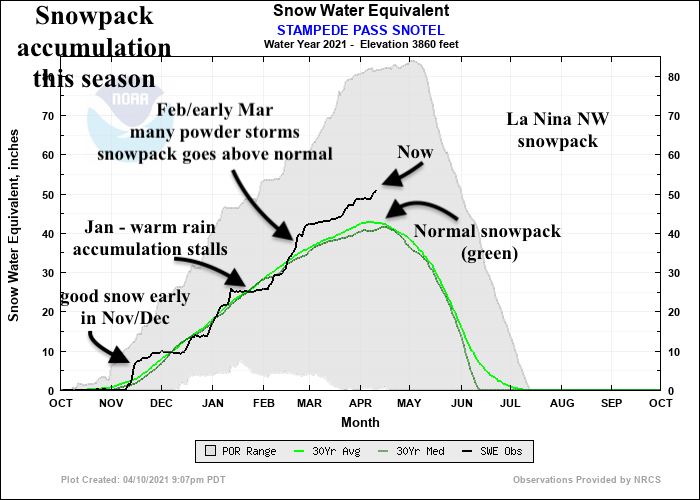 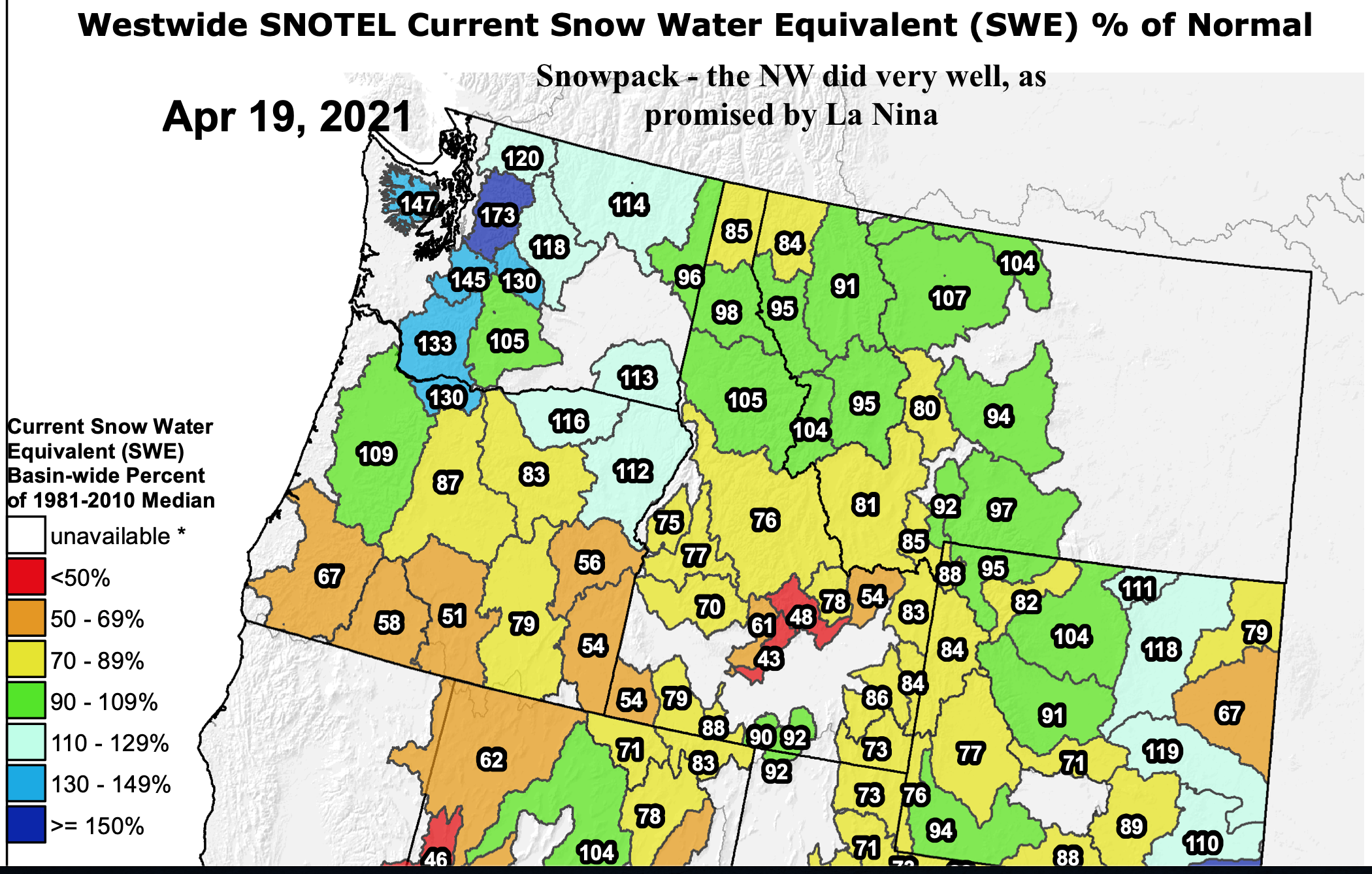 This season’s deep and consistent snowfall patterns were likely greatly helped by La Nina. Now we are moving into a Neutral pattern (La Nada).  We won’t know with confidence what phase will control next winter until late summer. Neutral generally means a near-normal snowpack for the Cascades, with some extreme weather along the way like a very cold spell, a big wind storm or low elevation (Seattle) snow.

Ok, here’s the bonus. Recent modeling (see below) indicates we will move into a Neutral pattern for the summer. The model shows we are in Neutral now, leaving last winter's La Nina behind – that’s a done deal. However, if the model is correct, by next fall and winter the tropical Pacific will cool -- producing another La Nina. If that happens the NW will probably have another fabulous snowy winter with normal to above normal snow season for 2021-22. So, get ready. We’ll have more confidence in a La Nina forecast by August or September. 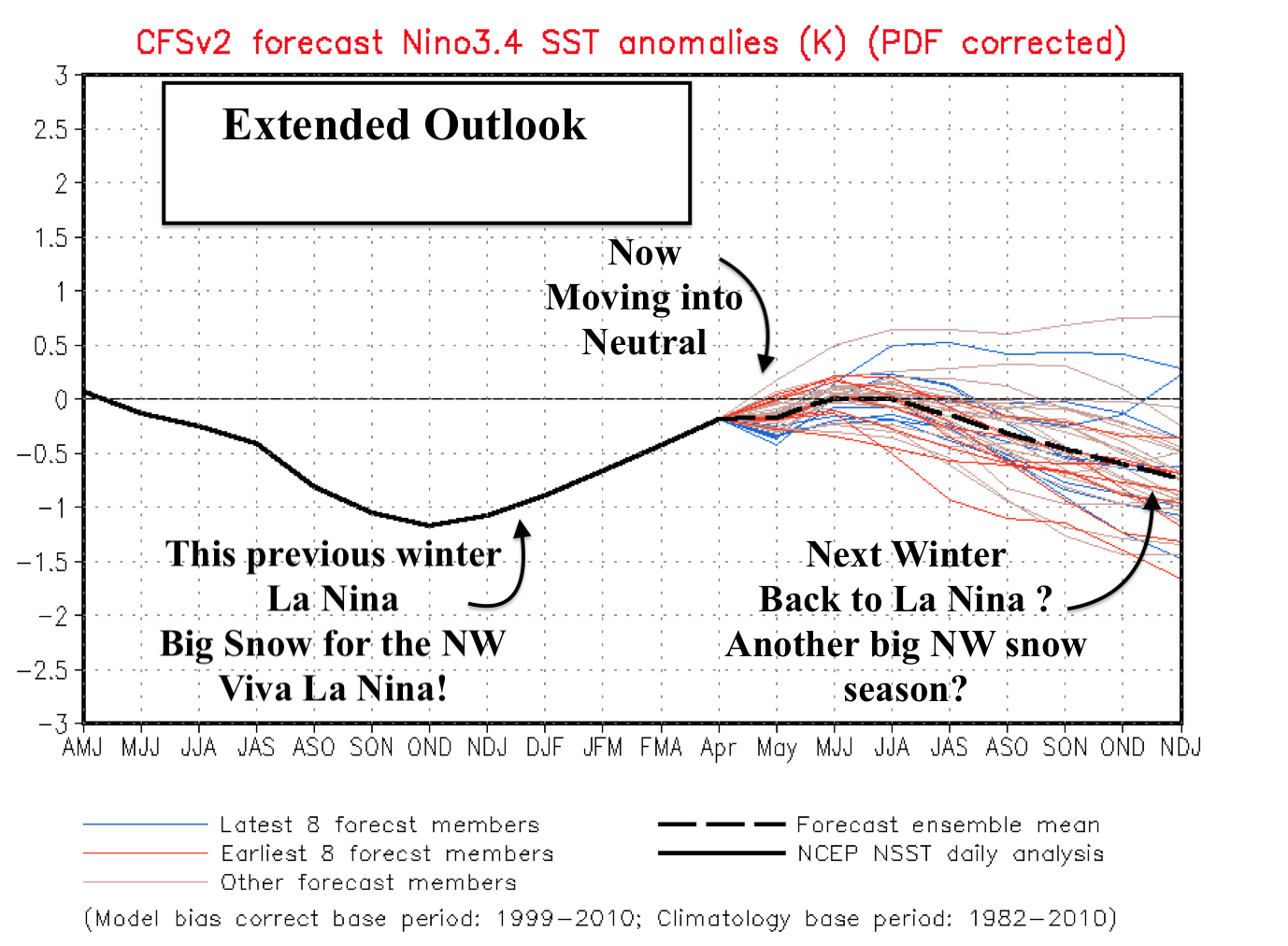 Have a great summer and see ya next season!