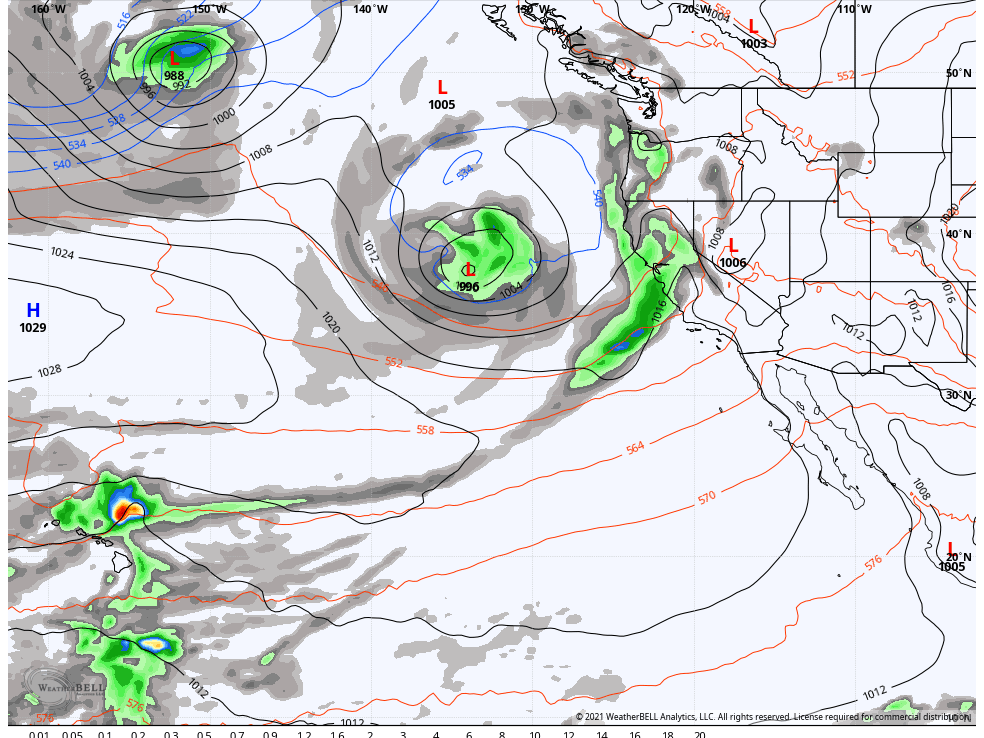 Sunny and mild weather continues. We could see a storm or two later in April, but most ski areas will be closed by the 18th. Stay tuned through the spring for recaps on what happened this winter, along with stats and graphs.

Sunny skies are expected to continue into next week. Highs in the 50s at lake level and 40s above 8000 ft. Thursday. Then 50s for most ski resort elevations Friday into early next week and around 60 degrees at lake level.

We have breezy ridgetop winds Thursday up to 30+ mph from the southwest. Lighter winds expected starting Friday.

By the middle-end of next week, we could see a cut-off low sitting to our east over the Great Basin. Some model runs suggest enough moisture in the atmosphere for some afternoon showers to pop up over the mountains. Lower elevation rain showers high elevation snow showers. The chances seem low right now but I want to mention it just in case. 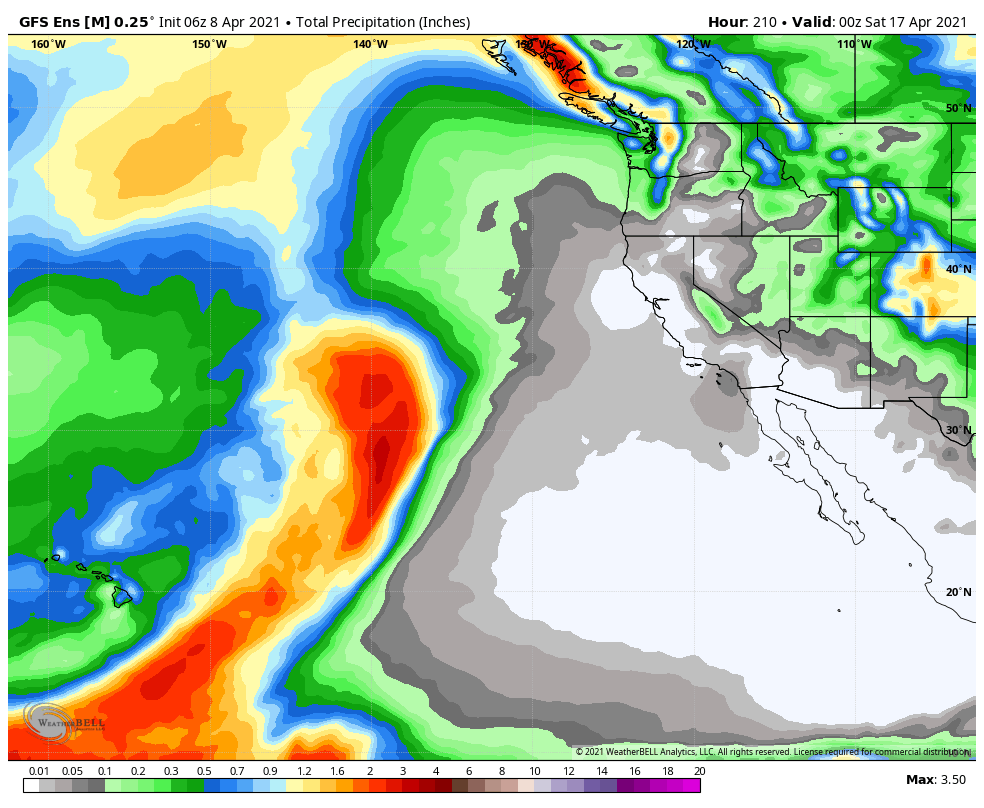 Outside of a chance for a few pop-up afternoon showers later next week, the pattern should remain dry with mostly sunny skies during the day over the next 10 days. Highs in the 50s to around 60 degrees at lake level. If we do see any showers they could drop the temperatures in the afternoon and bring bursts of gusty winds.

The long-range models continue to try and dig a trough into the West Coast around the 18th-19th. The Canadian and GFS models both show a storm pushing into CA around then.

We will continue to keep an eye on that. We don't buy it with the poor performance in the models more than a few days out during the spring. We have 7 ski resorts planning to close this Sunday the 11th, and 8 planning to close Sunday the 18th. It would be ironic if we saw a little snow for closing day on the 18th...

We reported the April 1st snowpack numbers last week. On this week's episode of The Flakes Podcast, we went through all of the numbers from around the West. We explained what the snowpack is and compared it to "snowfall" and "snow depth". We explained that for most reporting purposes on the snowpack we look at the Snow Water Equivalent (SWE), pronounced "swee", measurement of the snowpack.

There still seemed to be a little confusion from a few listeners that are not familiar with snowpack measurements and how they are generally communicated out to the public. Many of you have probably heard of "snowpack" before because it is a term used commonly in the media...

...and in hydrology, especially in CA where the snowpack is a big part of our water supply.

Throughout the winter season, we typically measure and report on "snowfall" which is the measurement of the depth of the snow that falls during a short period, generally measured every 12 hours during a storm. We add up those numbers to get snowfall totals for storms, months, seasons, etc.

The ski resorts usually report on their "snow depths" as well as that can be important to coverage of obstacles on the mountains. It is usually reported as the "base depth". It measures the depth of the snow on the ground.

Most of the snow accumulates on the mountains from October-March and then begins to melt off starting in April. The accumulated snow sitting on the ground is referred to as the "snowpack". Of course, it melts at times before April, but April 1st is the standard measure we compare to each year for the snowpack to see how much water we expect to melt and turn into the water supply.

From the NRCS, "The delay between when the snow accumulates and when it melts is what makes it possible for hydrologists to use measurements of winter snowpack to make predictions of spring and summer streamflow."

Hopefully, that explains it a little better for those that were still confused...

More graphs, stats, & recaps coming throughout the spring as the final numbers are tallied up, and I add them to my spreadsheets!

The FINAL episode of The Flakes Podcast is out!

This week we go through the final snowpack numbers, the top 10 list for ski resort snowfall totals, more nerdy data, the snowfall reports from the past week, and a look at the weather for the rest of April...