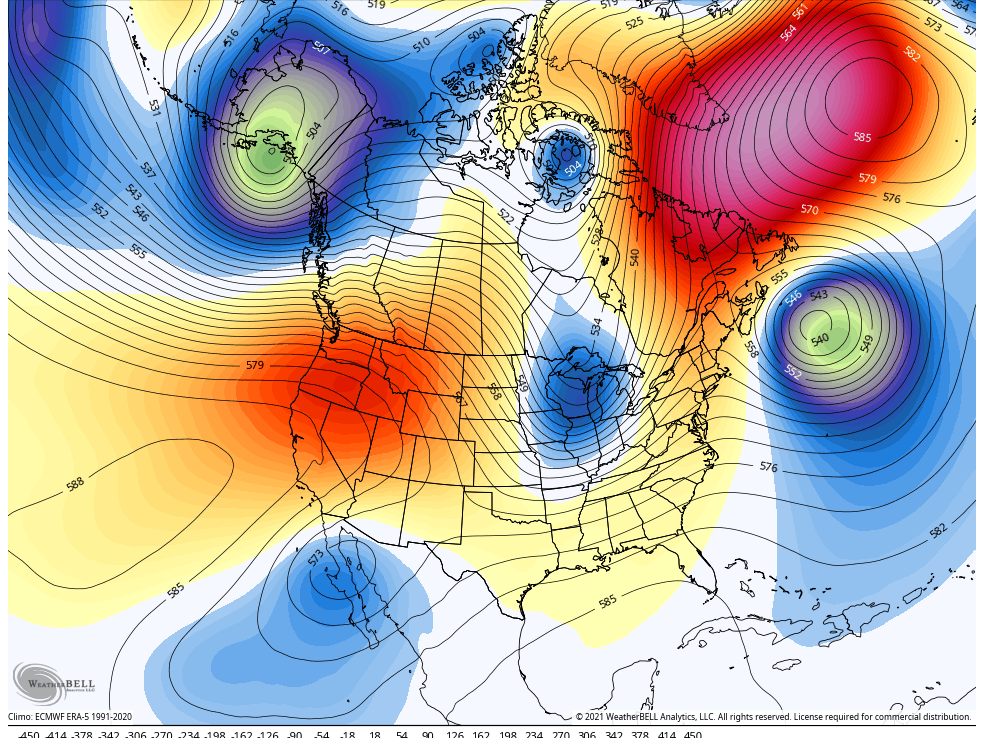 A slight cool down for Tuesday & Wednesday. Then sunny and mild for Thanksgiving through the end of the month. December may start mild and dry. We are watching for a potential pattern change during the latter half of the 1st week of December.

Not much has changed with the forecast as of this morning. We are still expecting a dry pattern into early December, with a possible pattern change later into the 1st week of the month.

We have a dry cold front moving through Tuesday. Highs cooling into the 40s at lake level and 30s for the upper mountains. The cooler weather continues into Wednesday with sunny skies. We will see gusty west winds Tuesday morning slowing turning north then east into Wednesday.

The good news is that we will see a pair of cold nights where the mountains should be able to make snow at most elevations.

By Thanksgiving, a large high-pressure ridge is building over the West and will stay there through the end of the month. 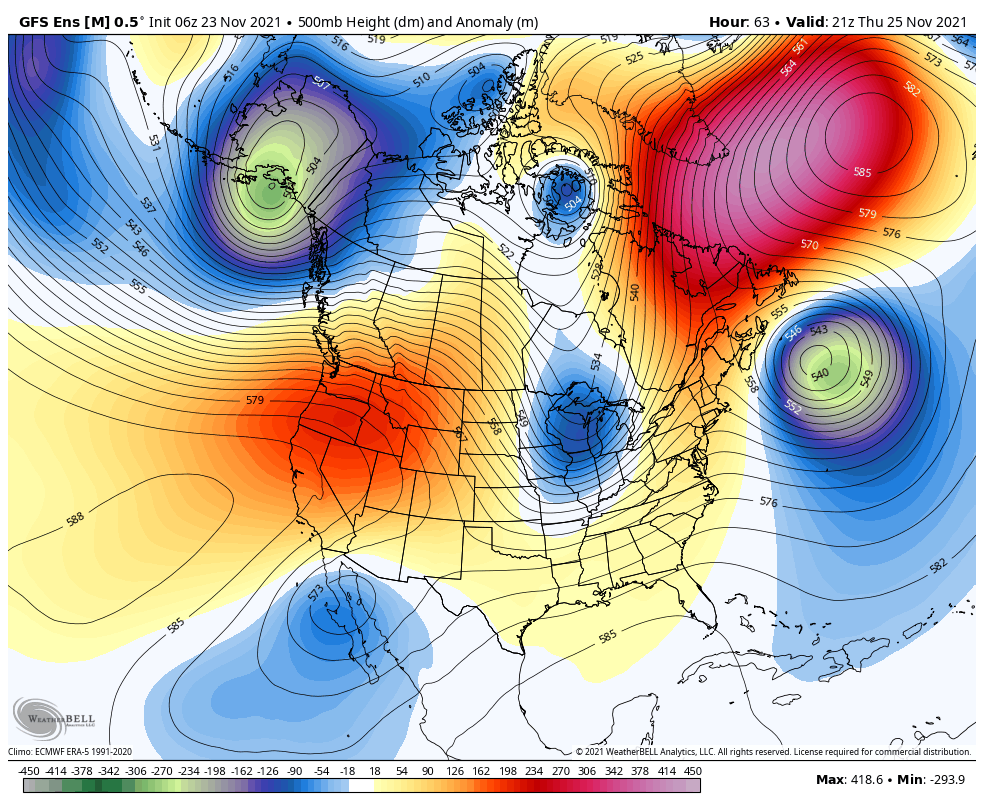 We will see high temperatures warm into the 50s with sunny skies expected through the period.

I wish I had better news but the cold is stuck in the northeast for now and the storm track is well to the north. That could continue through at least the first few days of December. Most of the ensemble members agree on a dry pattern through the end of the month and into the beginning of December. 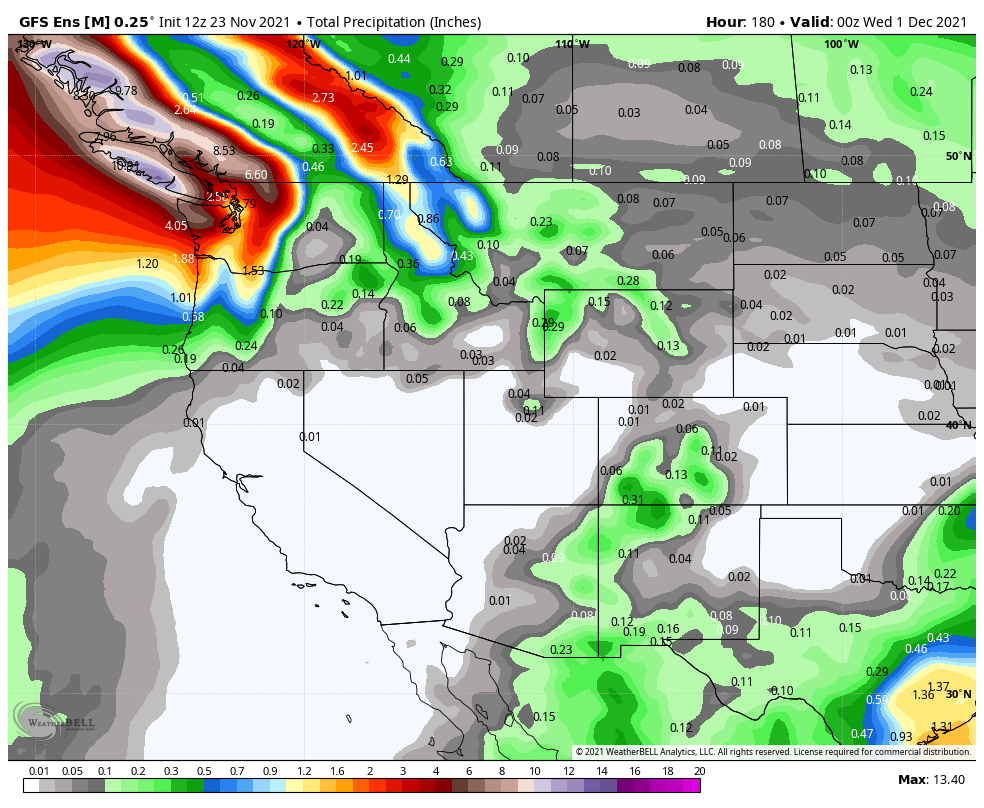 We are still living out in the unreliable fantasy range for the hope of a pattern change. The ridge is still showing a breakdown on the ensemble mean models by the weekend of the 4th. 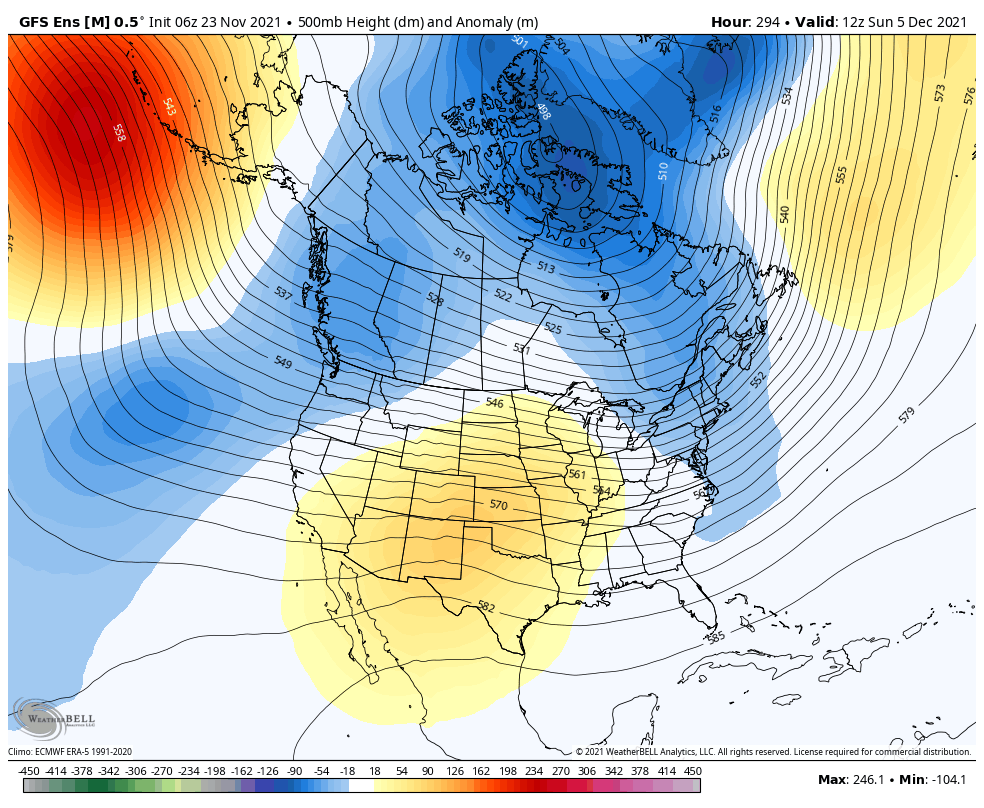 The storm track is forecast to shift farther south into at least northern CA later into the 1st week of December. The ensemble mean models show an increase in precipitation chances from the 4th - 9th. 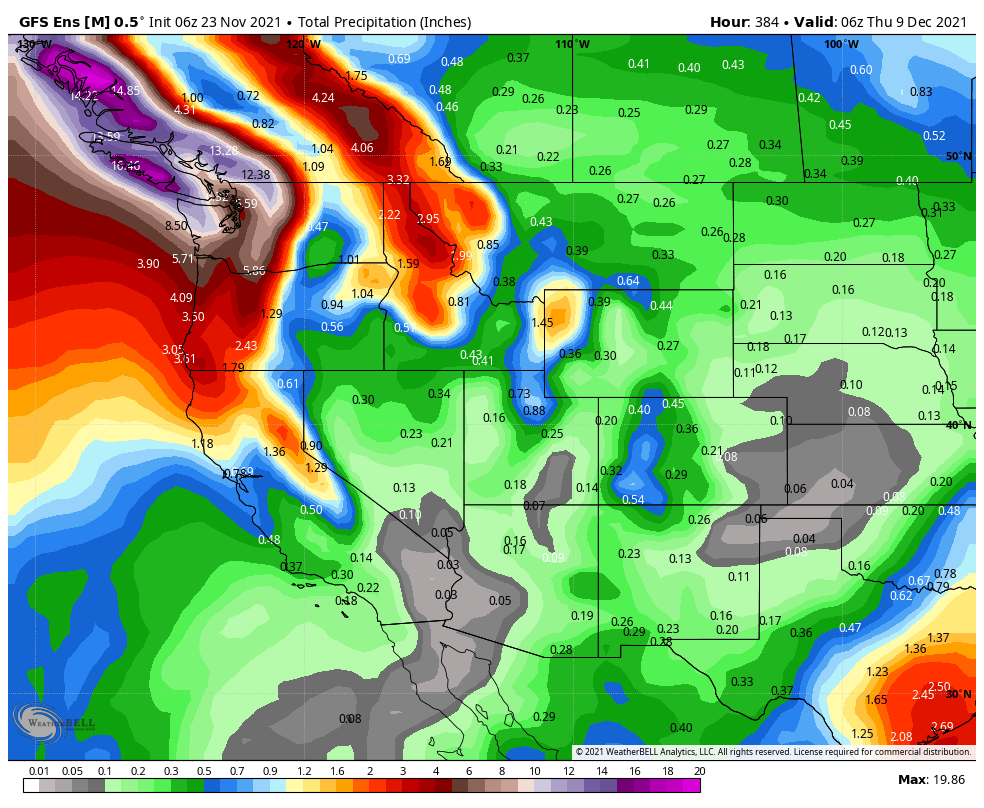 We do see a shift from a positive to a negative PNA pattern which is more favorable for West Coast troughs. The GFS & Canadian models shift back towards neutral going into the 2nd week of December. The European model stays negative... 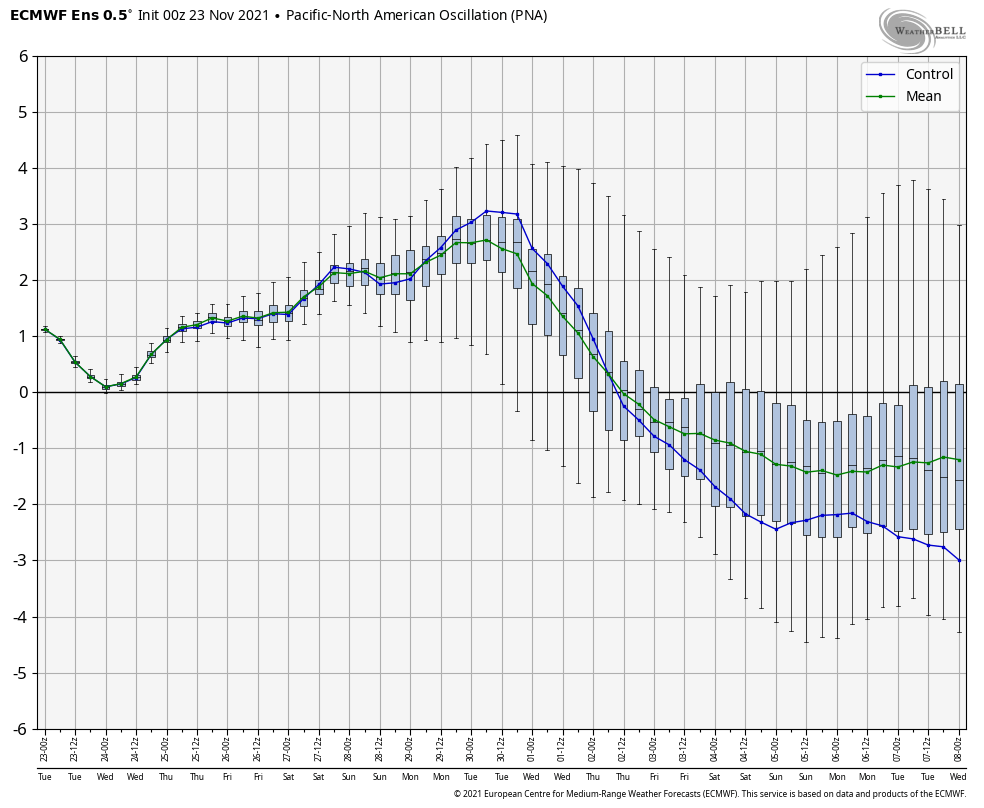 ...and shows coast to coast troughing and cold by the 8th. 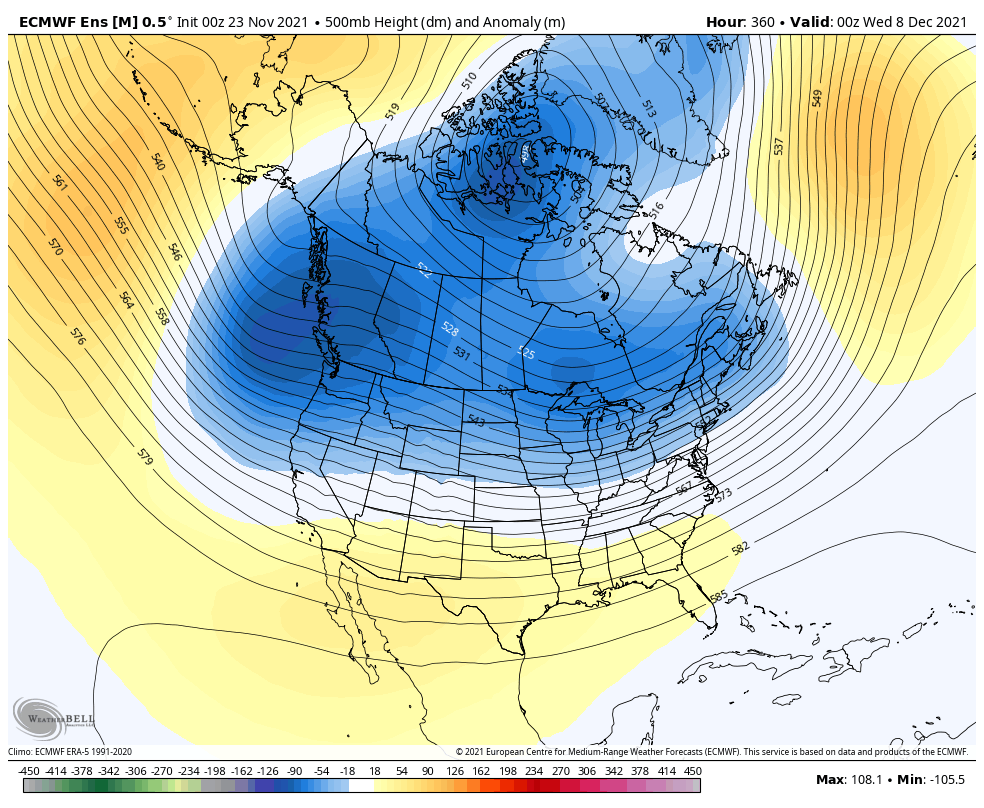 That would be favorable for storms and colder air. Fingers crossed this shift in the pattern happens during this period to get both snowmaking and natural snow going again.

I am a bit worried that any change in the pattern we could see around the 4th - 9th could be short-lived. The GFS & Canadian ensembles start to back off going into the 2nd week of December and the MJO is forecast to become more active into the West Pacific by the end of week 2. That could favor ridging returning the West Coast.

The MJO can be a big driver at times of the pattern. Like I mentioned last week, it may not move into favorable phases for big storms into CA until at least Christmas week... Hopefully, that's not the case.

P.S. Sam & I have written several educational articles in our "News" section under "Learn".

There you will find articles explaining many weather terms we use throughout the season including the PNA & MJO teleconnections. Feel free to suggest more topics for future articles.