The snow is piling up out West 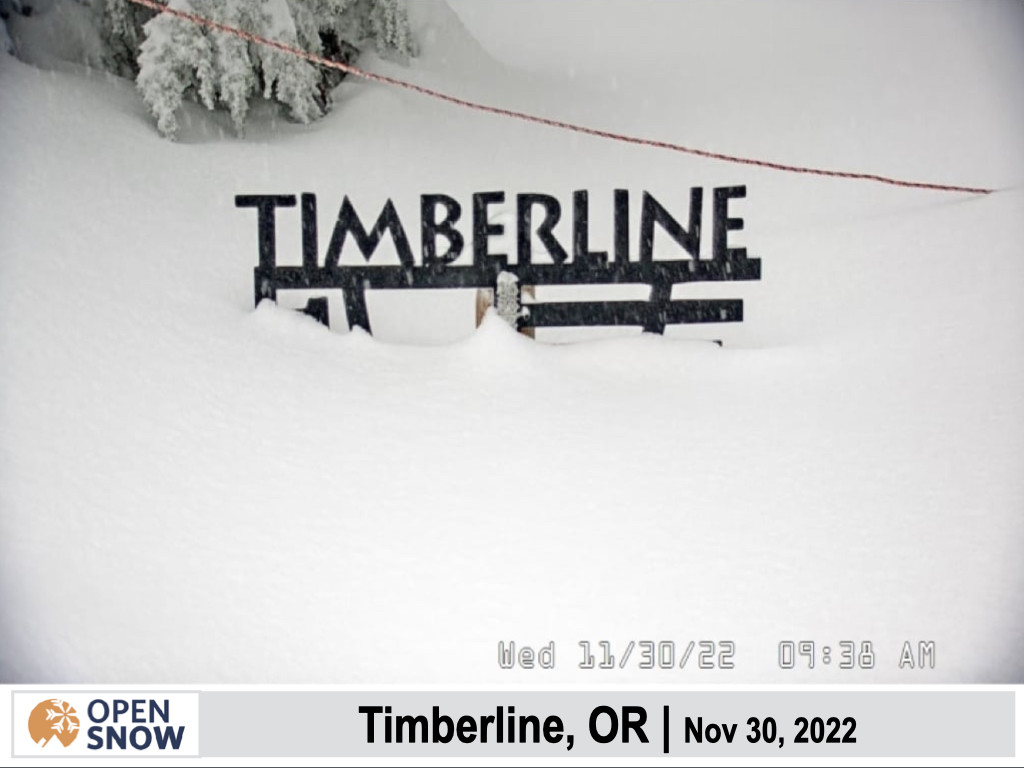 The West has experienced an impressive storm cycle this week with deep totals adding up across the PNW, Rockies, and Tahoe. The tail end of this storm will deliver the goods to Colorado on Friday. Another storm will then bring heavy snow to Tahoe on Sunday, with moderate snow expected across the Rockies on Sun-Mon. The East will see a transition to a more favorable pattern heading into Mid-Dec.

Deep snow totals across the West this week

November 2022 has turned out to be one of the best Novembers in years for early-season skiing conditions across the West, and December is starting off strong as well. Multiple strong storms have delivered feet of snow to Southern BC, Washington, Oregon, Idaho, and Utah. 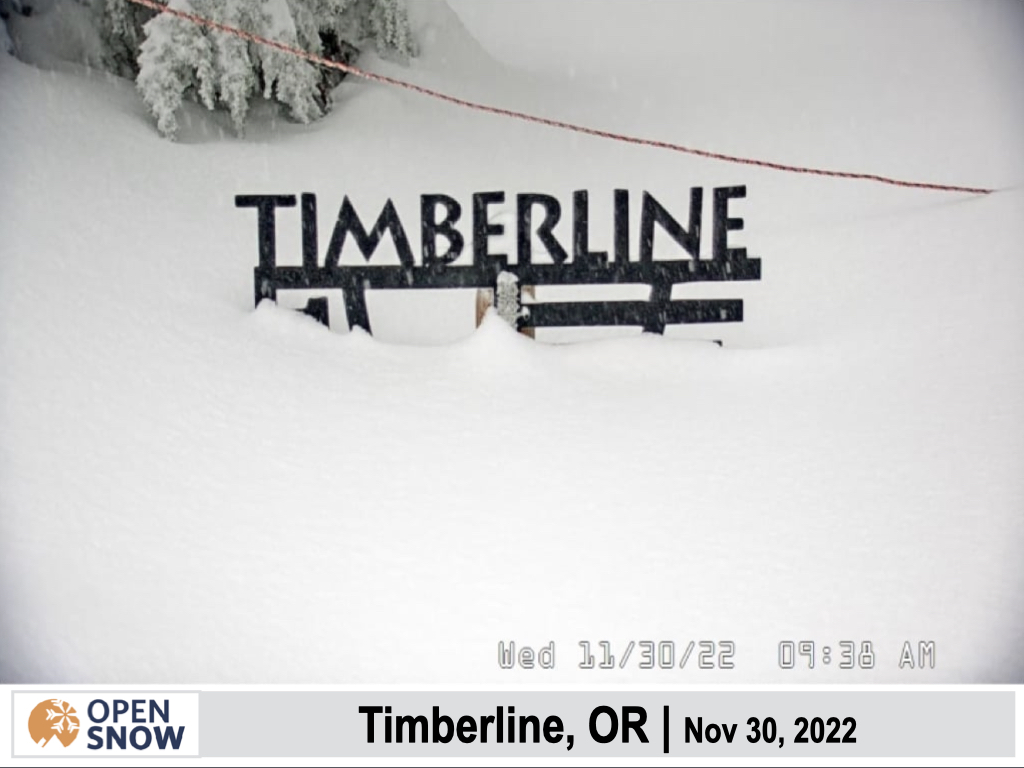 Heavy snow across the Sierra Nevada Range and Tahoe will come to an end on Friday morning as the storm that has impacted the West over the past few days speeds up and moves across the Rockies. Utah will see heavy snow early in the day tapering off in the afternoon, while Colorado will continue to pick up snow through the end of the day.

On Friday night and Saturday, a storm spinning off the Coast will bring some snow to the Olympic Range and North Cascades, but then moisture will retreat back out to sea as the storm moves southward.

The East will see another rain event on Saturday, while the Northern Great Lakes will pick up a quick round of snow. 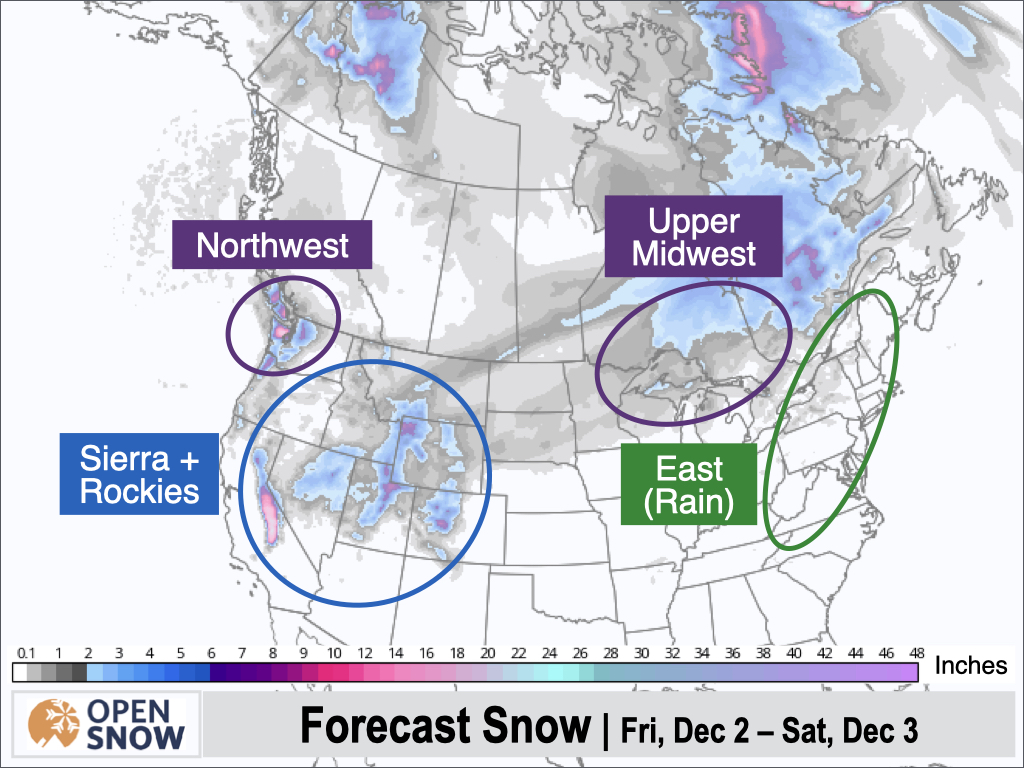 A storm will move into California on Sunday and Monday with another round of heavy snow expected for Tahoe, while moderate to locally heavy snow can also be expected across the Central Rockies. The Northeast will see a brief changeover from rain to light snow on Sunday morning, then two waves of snow will move across the Northern Great Lakes on Sunday-Monday. 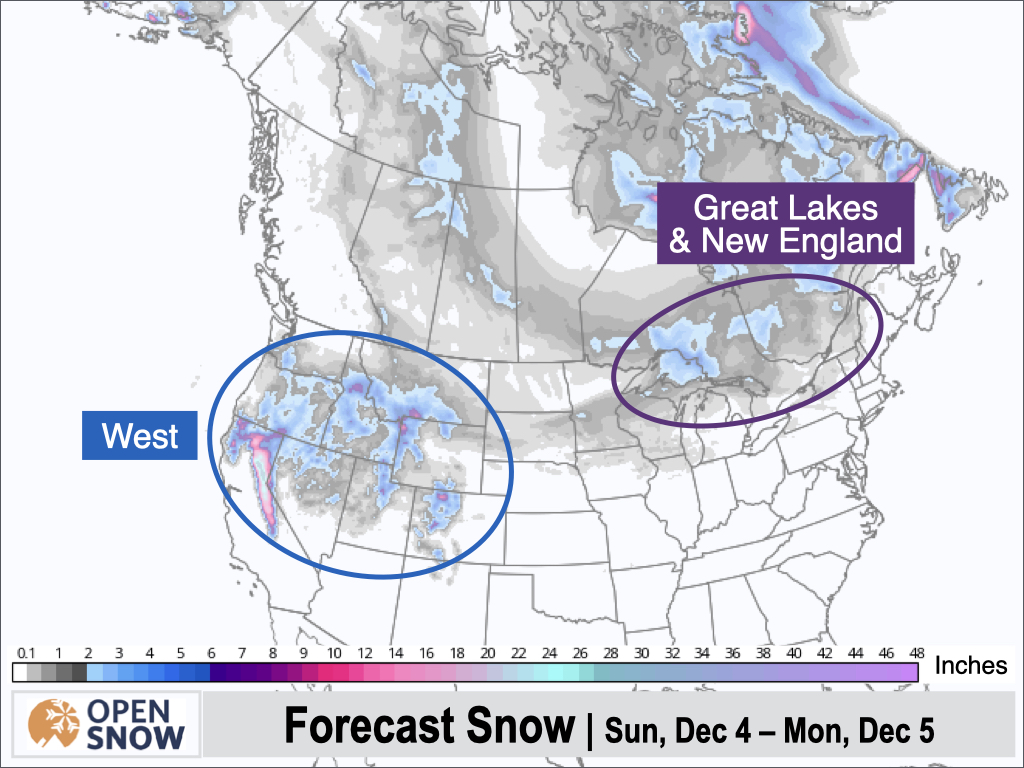 Two weaker storms are possible across the West during this period (one over the Northwest, and one over the Southwest), but confidence is low in how this will all play out. The East is looking at another rain event on Tuesday, though it may start out briefly as snow or a rain/snow mix across parts of the Northeast. Precipitation should stay all-snow over the UP of Michigan. 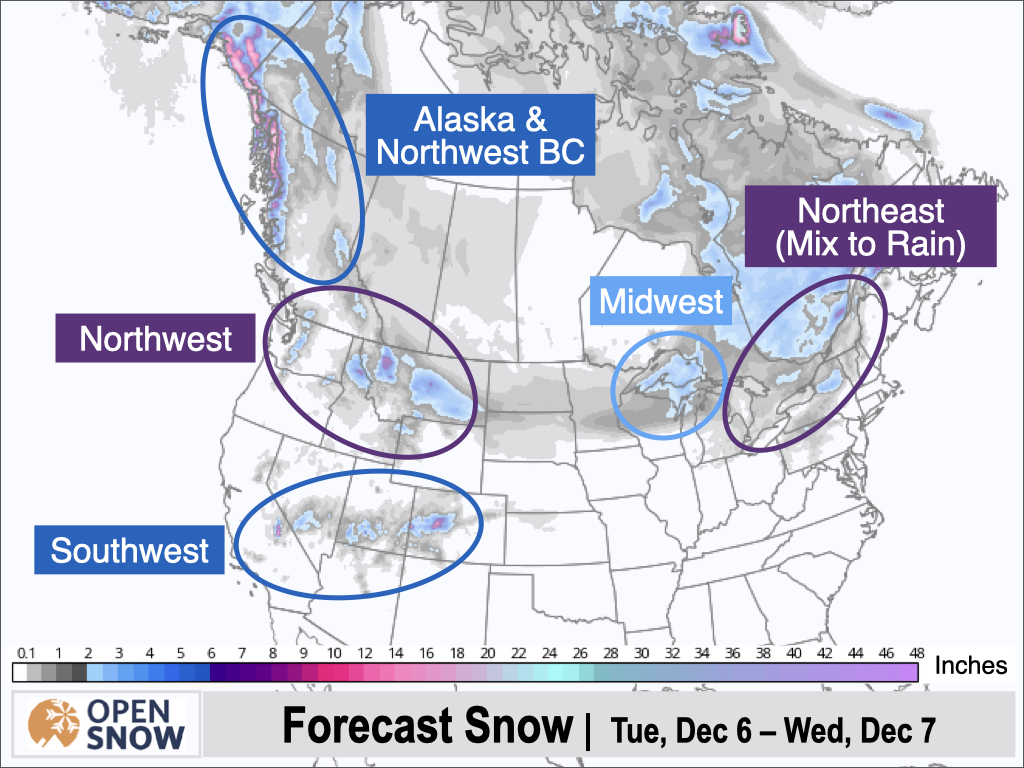 The West will likely see another storm or two during this period, though confidence is low on when or where it may snow. The East will start to transition to a more favorable pattern during this period with colder temperatures, better snowmaking conditions, and better chances for natural snow. 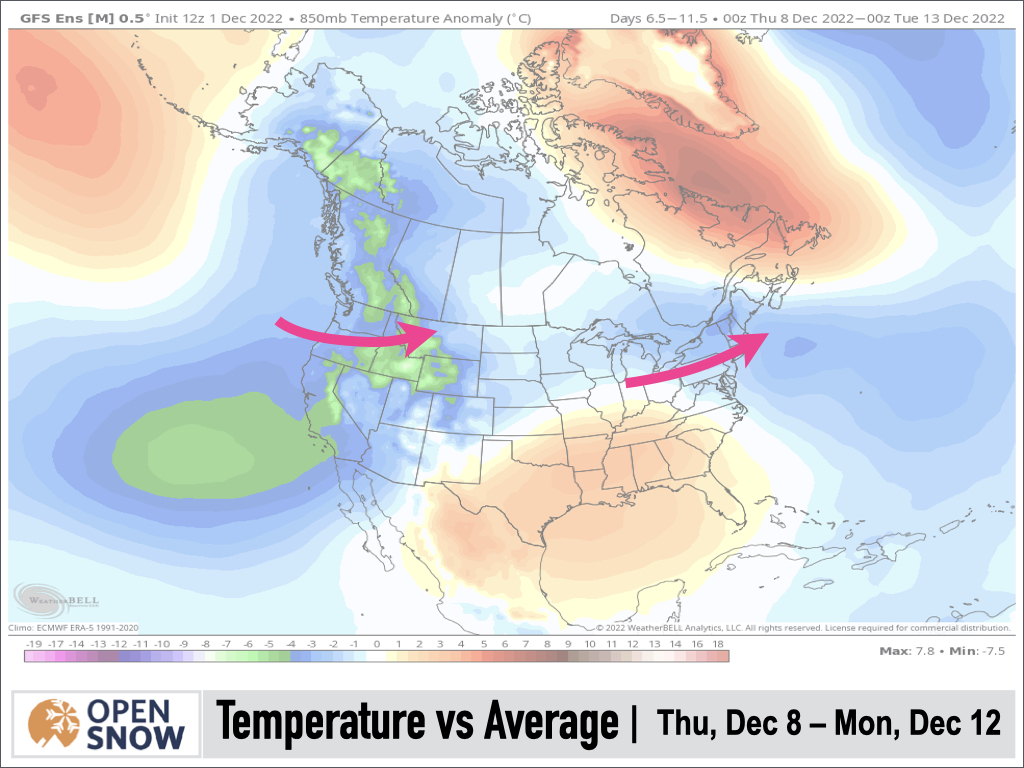 Thanks so much for reading! Next update on Monday (Dec 5).