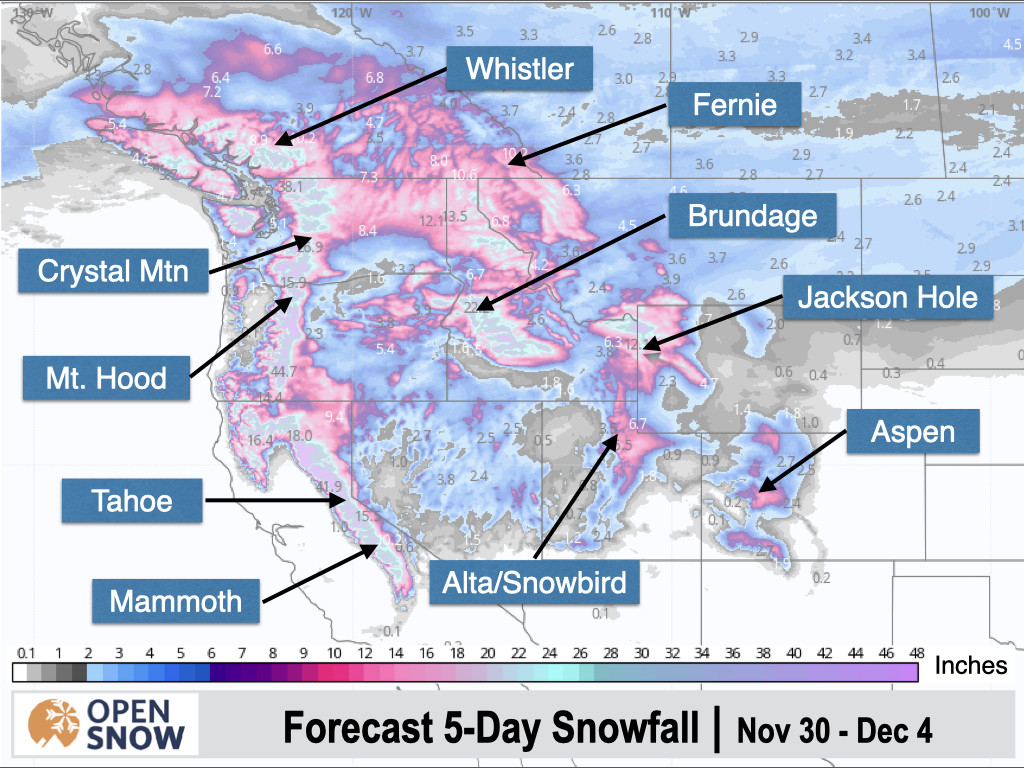 This week has been off to a snowy start across the West with deep snow totals reported across the PNW and the Rockies so far. The fun will continue over the second half of the week as a strong and slow-moving storm will result in additional deep totals across the Northwest, Tahoe, Northern Rockies, & Utah while Colorado will see also see decent totals.

The early season is already off to an outstanding start across the West, and it's only going to get better this week. A strong storm will deliver the goods to most major ski regions across the West over the next three days with widespread double digits snowfall expected. The Northwest, Tahoe, and Idaho will be the most favored areas where snowfall will be measured in feet for some areas.

Check out these Daily Snows for more detailed info:

In addition to the Wednesday-Friday storm, another weaker storm is expected for the West this weekend, though confidence is low regarding the storm track.

Below is a 5-day snowfall projection from a blend of weather models across the West from Wednesday (Nov 30) through Sunday (Dec 4). 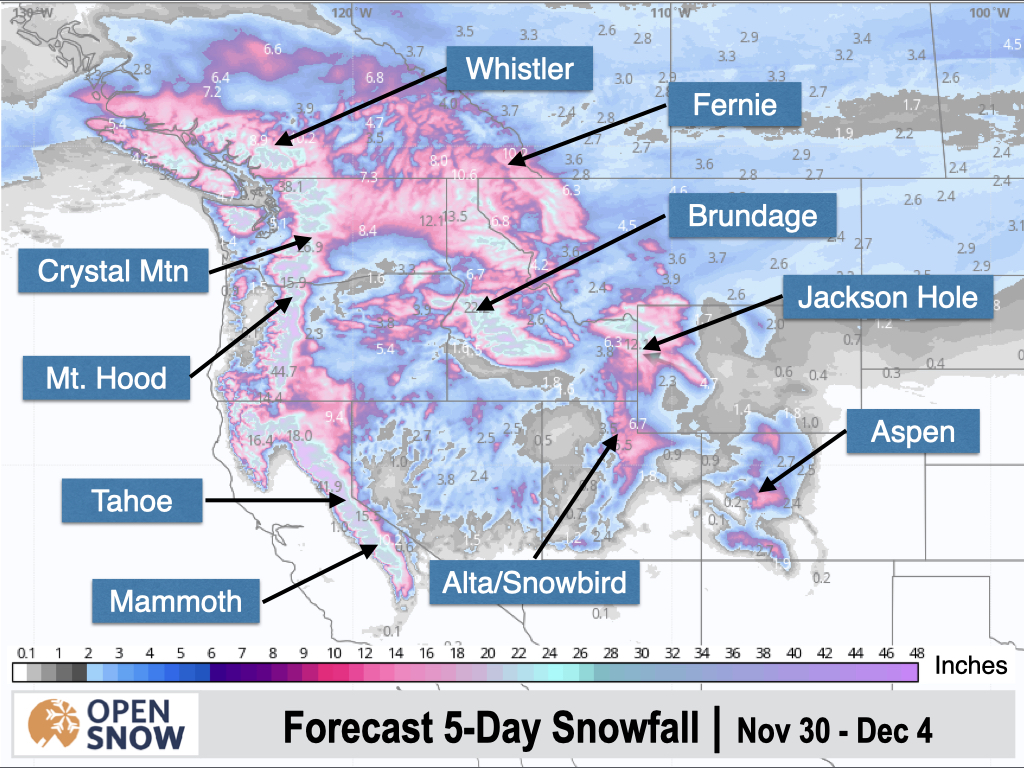 Heavy snow will fall across the Northwest and Idaho on Wednesday, and cold air will result in low snow levels and good-quality snow. On Thursday, Northern California and Tahoe will get in on the action with heavy snow expected, while snow will also pick up over the Tetons in Northwest Wyoming.

A storm will also impact the East on Wednesday with rain expected for most areas, before changing to snow showers on the backside of the storm across the Great Lakes and Northern New England. Heavier snow will largely be confined to areas north of the St. Lawrence River in Canada. 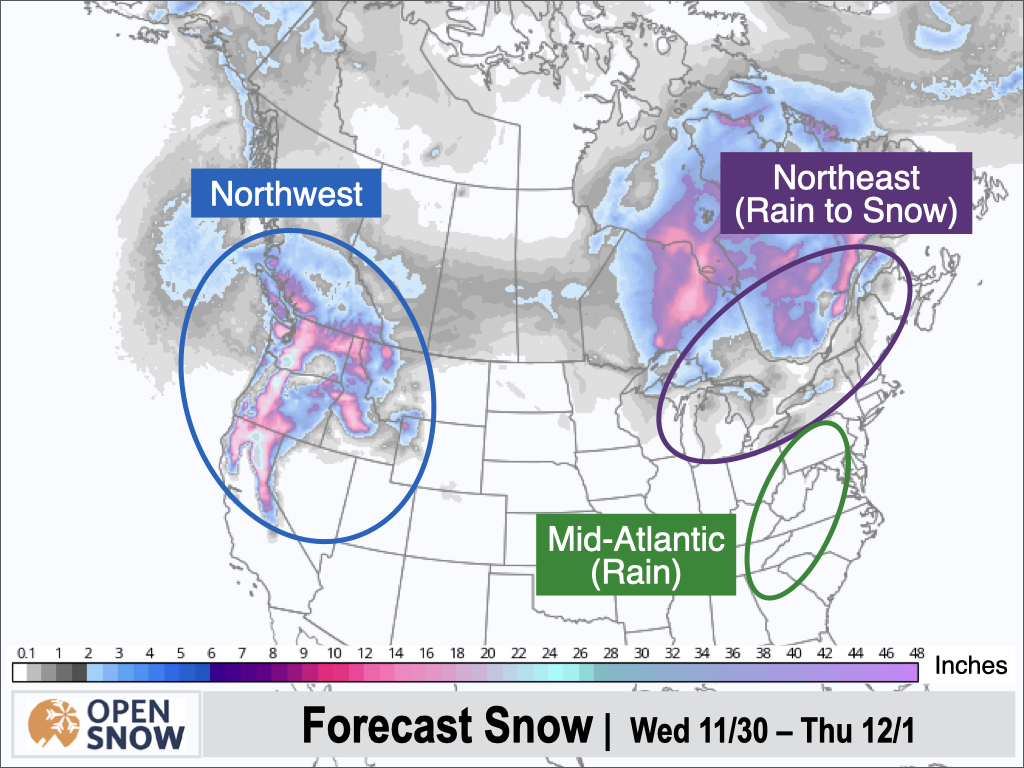 The East will see another rain event from late Friday into Saturday, while the Northern Great Lakes will pick up some snow. 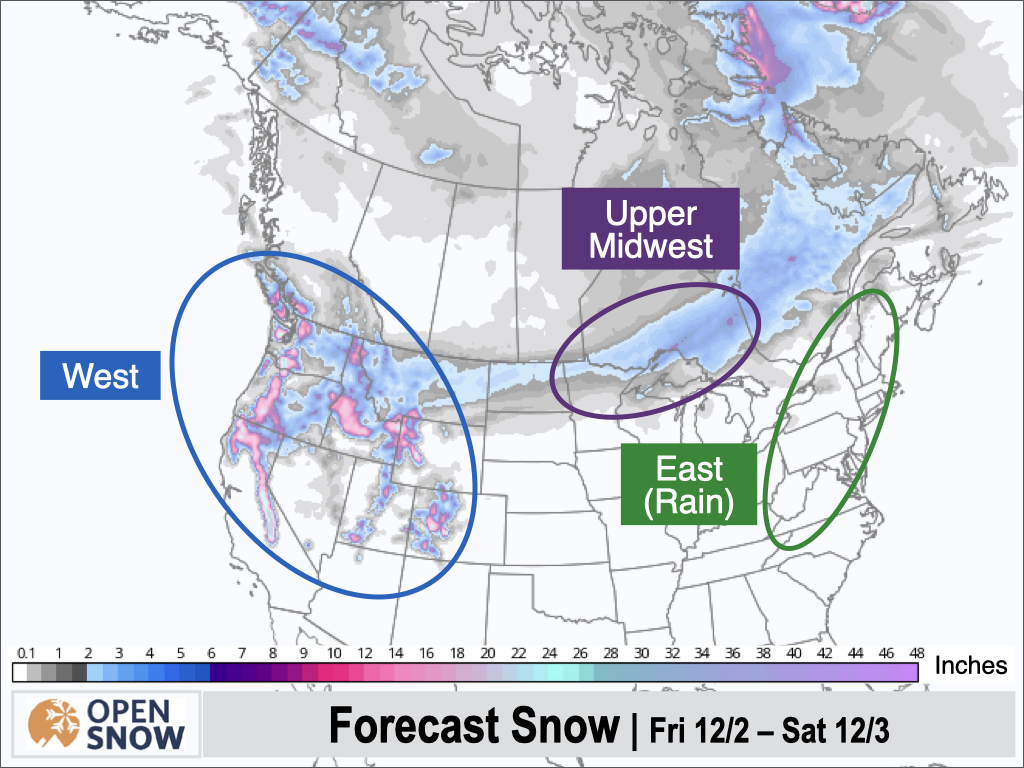 There will be two storms to keep an eye on during this period. First, a storm is expected to move across the Sierra and into the Central Rockies, while a second storm is possible across the Northwest and Northern Rockies. Models are in poor agreement on the storm tracks and intensities of both of these storms, so confidence is very low in the snowfall outlook throughout the West as a result.

Across the East, rain is expected to change over to snow across Upstate New York and Northern New England on Sunday. Another storm could arrive as early as Monday with a mix of rain and snow possible. 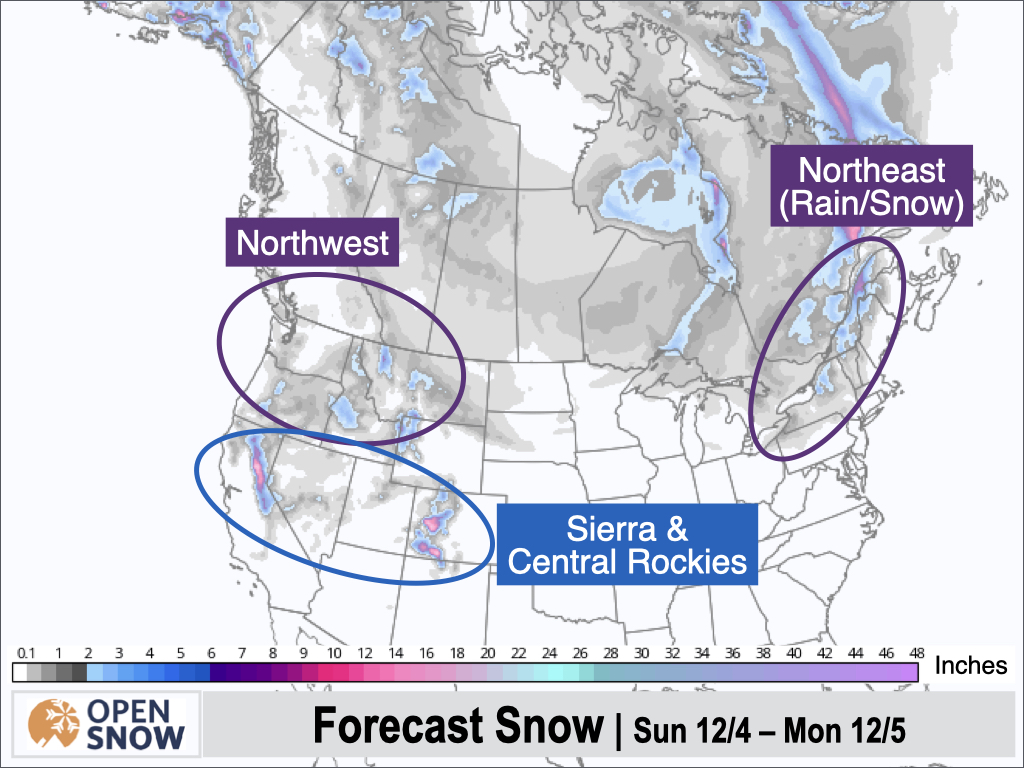 The pattern should relax a bit across the West, though a storm is projected to reach the West Coast toward the end of this period. Temperatures will also remain colder than average throughout the West. The pattern is also starting to look more favorable for snow (and snowmaking) across the Great Lakes and New England during this period. 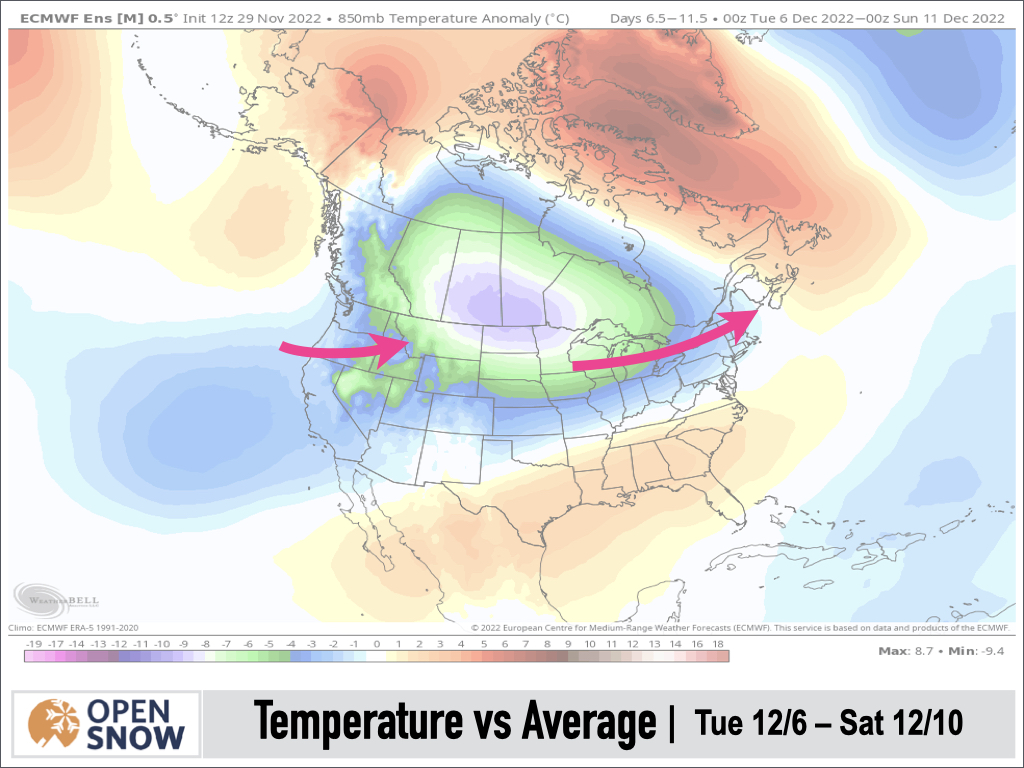