Hot and dry conditions so far in July after a somewhat wet and cool June. There may be better chances for monsoonal thunderstorms later this month. Almost to the hottest part of the year! La Nina a possibility for the upcoming winter.

It's July 17th, which means that we are now just beyond the halfway point of meteorological summer (Jun-Aug). It's been over a month since my last post, so let's catch up on what we've seen so far this summer. We had the earliest 100F temperature in SLC's history on June 5th, then we saw a significant snowstorm immediately following. My previous post discussed this storm. I stated that it was likely that it would be our last snowfall of the season in the Wasatch. I was very wrong. We had two more storm systems bring snow in June. One in the middle of the month, and one at the end of the month. The storm on June 28-30th brought up to a foot of snow to areas such as the top of Snowbasin and Powder Mountain. Farther south, I did a hike up at Alta. Not as much snow down here, but still cool to hike thru falling snow on the last day of June: 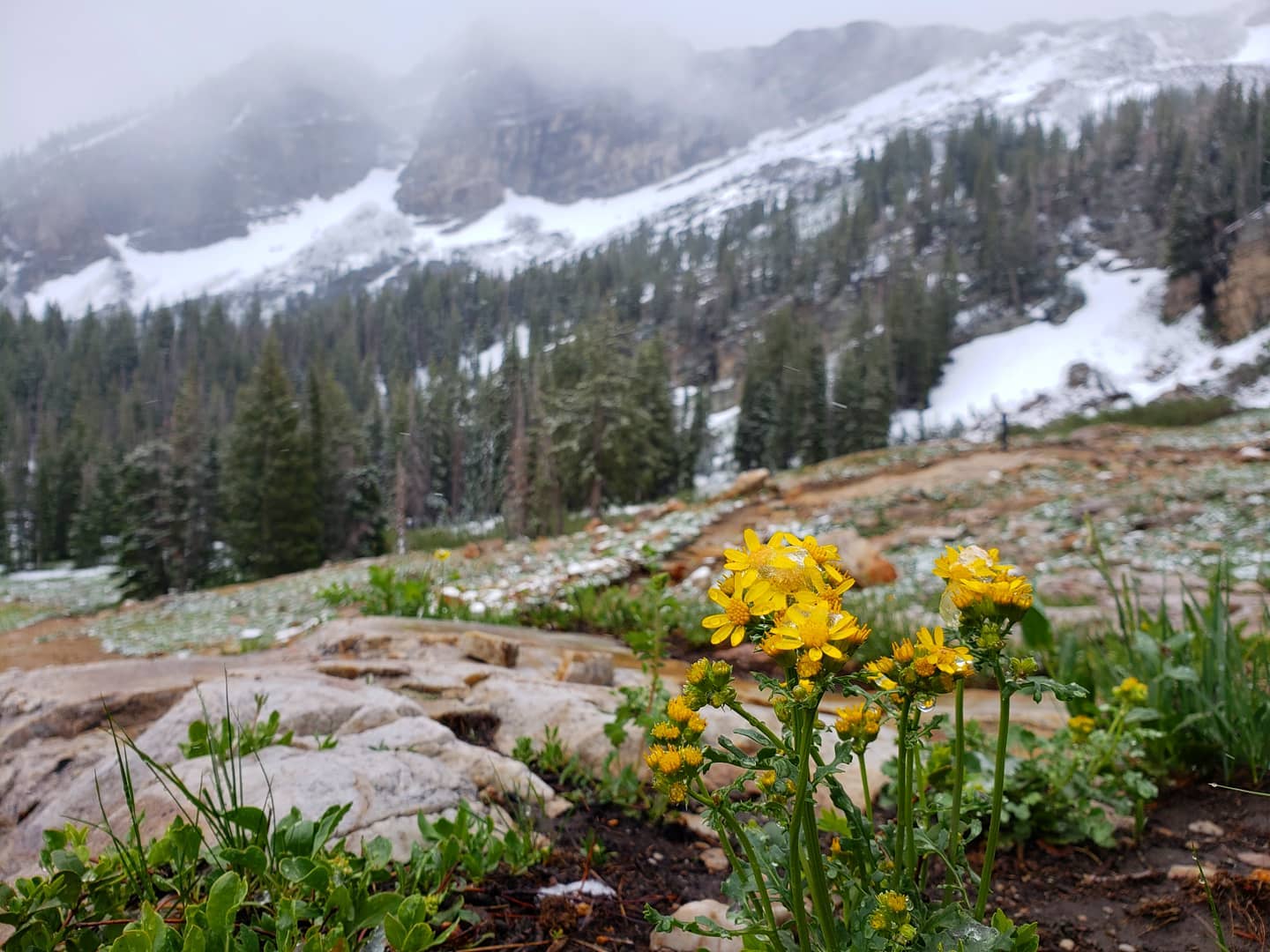 We started July by warming up from our cold end of June storm. Since then, we've been mired in the summer doldrums with hot and dry conditions and increasing haze and smoke from western wildfires. Nothing about this pattern is unusual as early July is statistically the driest time of year for Utah. SLC has only seen a trace of precip so far this month. Again, not unusual at all. 9 of the past 20 years have seen a trace or less of precip from July 1-16 -- and 80% of the years have been under 0.20". However, it is a bit more uncommon for the mountains to be so dry. Alta has yet to record any precip this month. Only 4 years in the past 20 have had no measurable precip in the first half of July. So while not unprecedented, it is still a bit more unusual for the high elevations to be so dry.

As for temperature, after that very early 100F on June 5th, SLC has not made it back to triple digits. We've been hot, but we've managed to avoid major heatwaves thus far. Today, we have an outside chance to hit 100F at SLC, but aside from that, I don't see any major heatwaves in the upcoming forecast. It's entirely possible we could make it to August without another 100F day, which would be unusual.

For those of us who are dreaming of thunderstorms and soaking rains, there may be some good news. The global models are hinting at a more persistent southerly flow drawing up moisture into Utah late next week. Starting around the 23rd or 24th, we could see a period with daily chances for afternoon storms. This would be welcome news! Last year, the monsoon was almost non-existent, so it's been quite awhile since we've had widespread summer showers. These showers and moisture could help to keep the temperature down. Statistically, the hottest time of year in Northern Utah is the last week of July, so I would be very happy to limit the heat potential on those days.

NOAA has issued a "La Nina Watch" in the Pacific Ocean. Right now, they are estimating there is about a 50-60% chance that La Nina conditions will be present. At this point, it looks like a weak La Nina event at best. It's worth reminding everyone that ENSO (El Nino/La Nina) does not strongly correlate to snowfall in Utah, so this really doesn't mean too much for us at the moment.

The more pressing concern, in my opinion, is the COVID-19 situation. The United States is still struggling to get the pandemic under control and I have seen some models and experts predict further increases in cases as we head through the Fall into Winter. I don't think anybody, including the ski resorts, knows for sure what impact this will have on the ski season. I'm not going to speculate on this, but I will say that the better we do right now to lower the numbers of infected, the higher the chances are that we'll be riding powder. Do your part to limit the spread! Avoid public indoor spaces when possible. And wear a mask when it's not possible to avoid such places. We can do this!