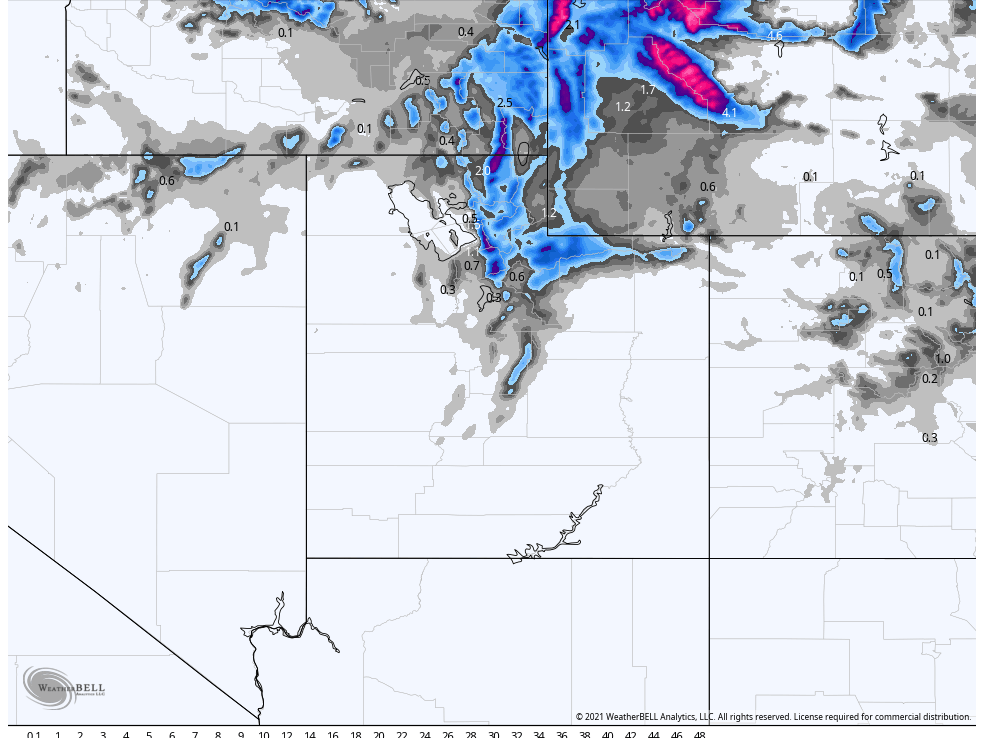 One last day of warm weather, then a storm rolls in to Northern Utah tonight into early Tuesday. Warmer and drier conditions arrive again later this week.

Warm today with increasing clouds and wind ahead of a system that will be pushing in later tonight. Snow will develop overnight from north to south in the Northern Utah mountains. If this were mid-winter, this would be a nothing-special storm with modest amounts. Even in a typical spring it might not be anything of note, but we've been unusually warm and dry lately, so this seems more noteworthy than normal.

Snow should continue through the morning on Tuesday and taper off by afternoon, lingering longer in areas favored by NW flow. As for amounts, GFS has trended a bit weaker with total amounts. However, Euro has trended stronger. This is likely the models finding compromise. Here is the latest total QPF from the Euro: 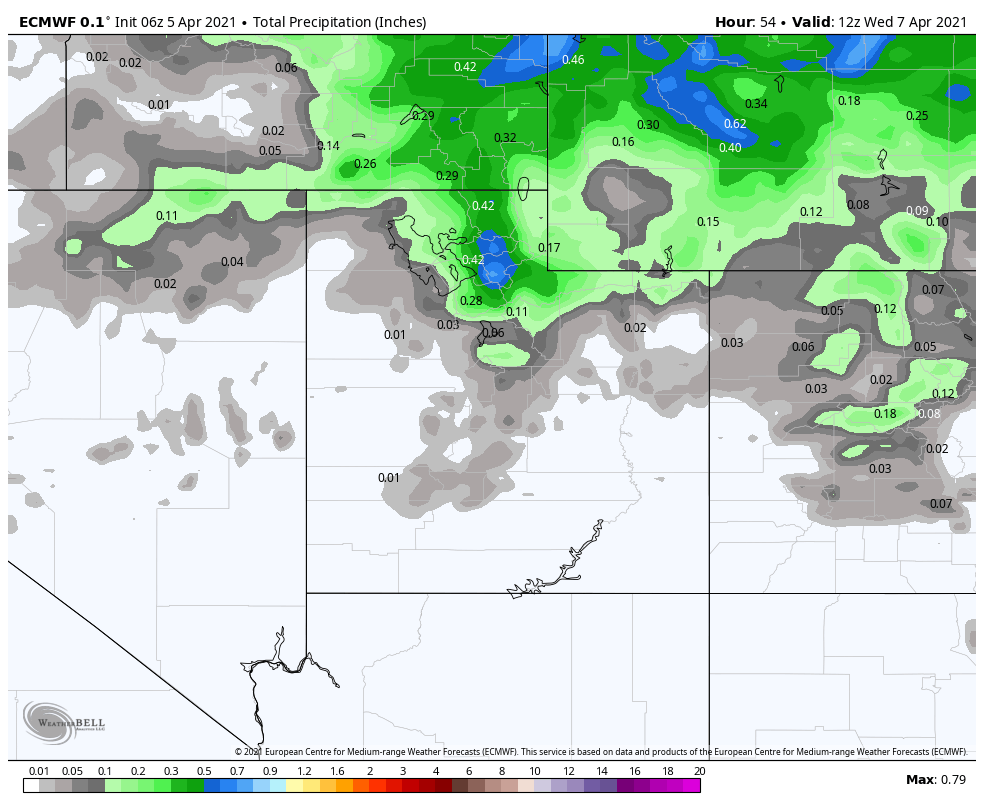 Not bad amounts, especially for areas from roughly Cottonwoods/PC north. Here it is when we look at it as snow: 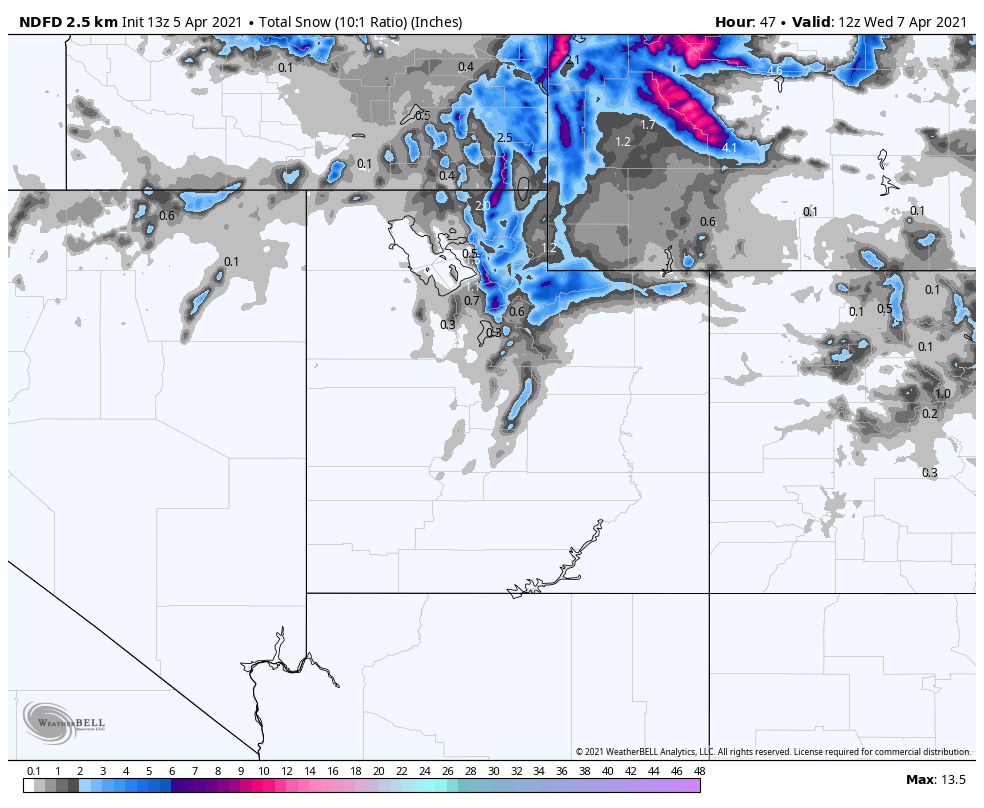 You can see some areas with purple coloring. Those are areas likely to see 4-8" of snow. These higher amounts should be fairly localized to high elevations and favored terrain. Here is the NAM 12km output for the Upper Cottonwoods:

Overall, I think a general call of 3-6" for most resorts seems prudent. However, higher amounts are possible in places like the Cottonwoods if things come together just right. Again, not huge, but it's something... and we need all the moisture we can get heading into summer.

We will dry out and warm back up again later this week and should remain warm and dry into the weekend. Next week, there are some indications that we *could* see chances for snow again, but forecast models have very little agreement on this idea at the moment. As always, we will watch...