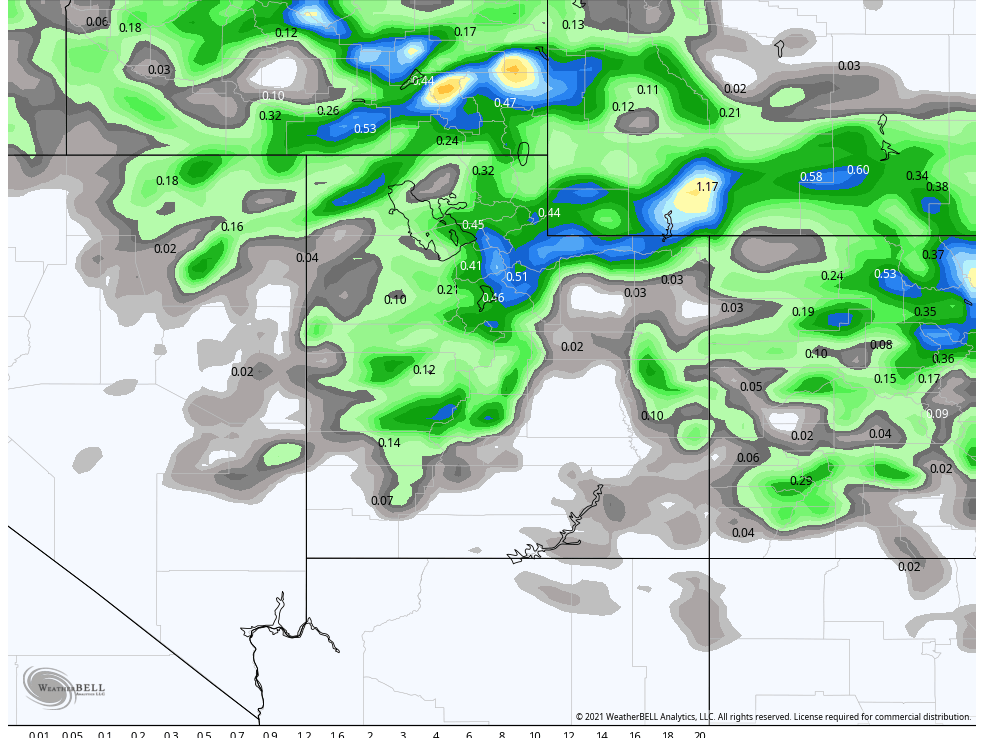 We have cleared out as our storm has exited the region. This weekend will be warmer and sunny as additional resorts spin lifts for their last days. We will have a chance for additional mountain snow showers this week as spring systems continue to move through the west.

The last three days sure were incredible. As I mentioned, I was in Southern Utah on a little desert trip for the start of the storm but made it back Thursday evening and caught the last of 3 great powder days yesterday.

Yet another memorable day today! pic.twitter.com/l60YZ7qtCC

Storm totals ranged greatly, but mountain locations generally saw anywhere from 6 to 30" of new snow. Alta and Snowbird had storm totals of 29" with BCC in the 25" range. PC also had 20" at elevation. This storm, as mentioned in forecasts earlier this week, wasn't particularly strong dynamically. However, it was quite slow-moving and had decent moisture. When you add in daytime heating to enhance showers, you can end up with some very heavy snowfall. Such was the case on Wednesday, then bonus showers continued to refresh that base.

While it's great that we've now seen 42" of snow in upper LCC this month, it's worth mentioning that the 70-year average for Alta Guard (in Town of Alta) averages 68" in April. This is not particularly unusual. In fact, there's a good chance we won't even reach that average this month. In short, storms in April are normal.

We will be sunny and warmer this weekend as additional resorts spin lifts for the final days of the season. Perfect weather for closing days if you ask me. Then, as we head into next week, we will see systems begin to impact the area again.

First system is going to brush far northern Utah Monday afternoon into Monday night. We could see a few high elevation snow showers but accumulations should be minimal. A stronger system is then possible for late Wednesday through Friday. Models disagree drastically on the evolution of this system. The GFS is the most aggressive (below): 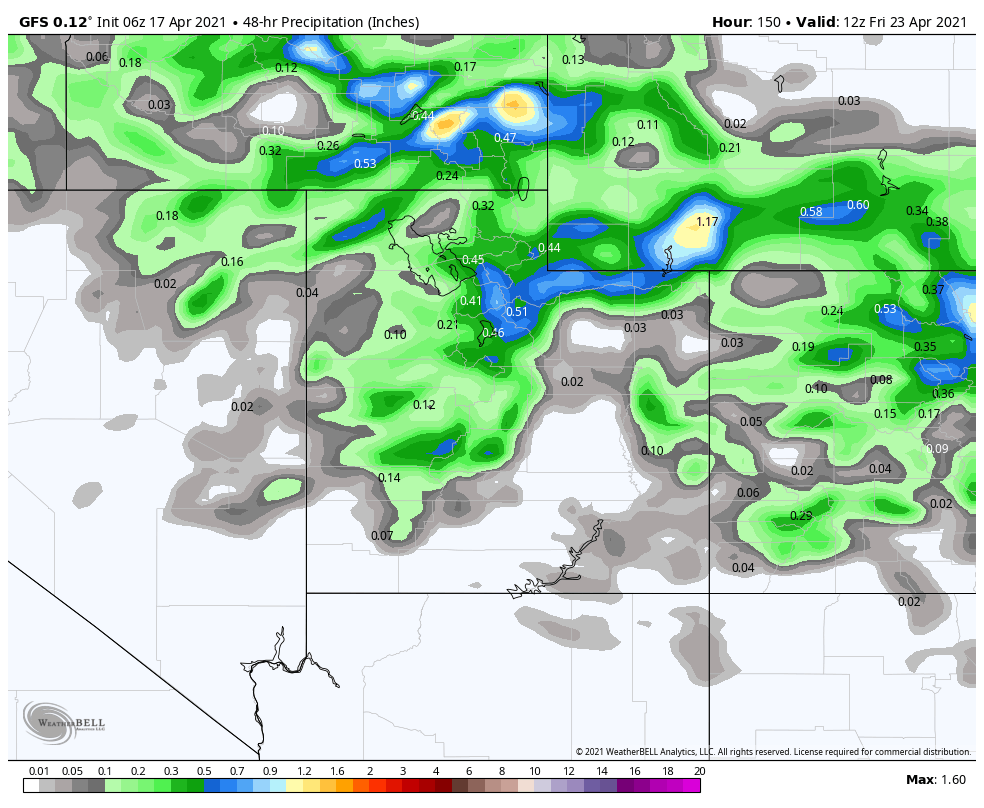 This solution could bring decent accumulation to the central Wasatch again. The Euro is much drier, as is the Canadian. This past week, the GFS seemed to have a better handle on things, so we'll see if that's the case again. Either way, we should be cooler with at least chances for showers this week.

Very little agreement beyond the end of the upcoming week. Euro shows chances for additional storms. GFS shows us getting brushed a couple times but nothing significant. No real point in worrying about it as model performance in the long-range is notoriously poor this time of year as the overall pattern shifts into summer mode.

I will be posting a season wrap-up post later this week that summarizes the winter and the snowpack. Stay tuned for that!