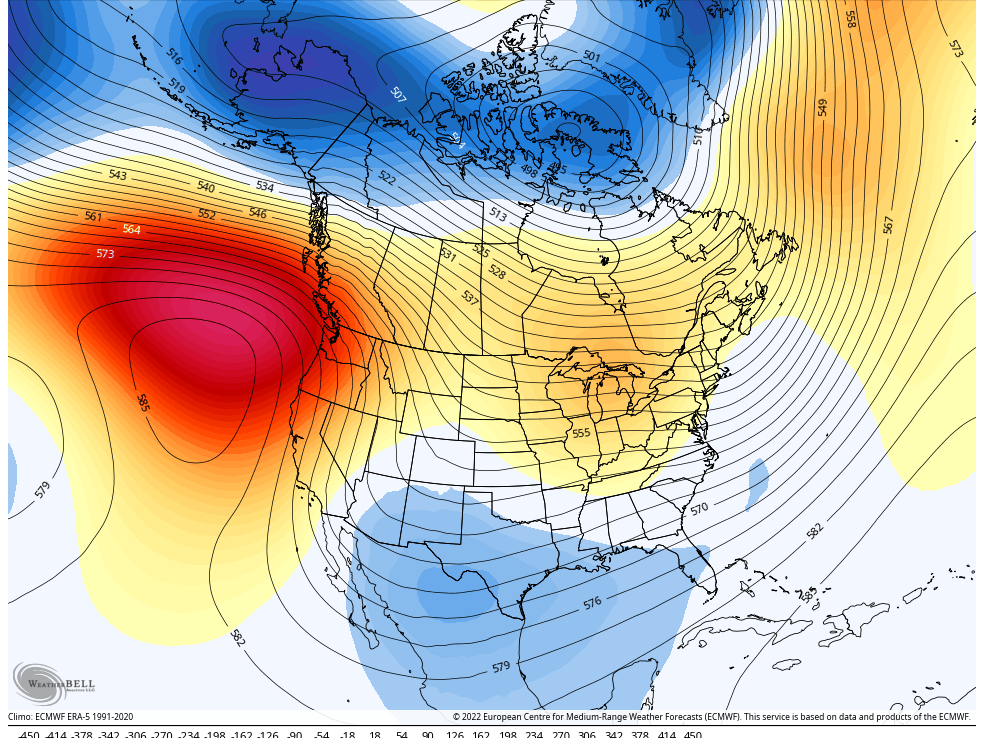 A weak storm system will bring colder air to the region over the next 48 hours, but only chances for light snow with minimal accumulation. Blocking high pressure continues to prevent significant storms from reaching Utah.

A trough is dropping down the backside of the ridge and splitting as it does so. This system is going to drag a dry initial cold front through later today (Monday). We will then see a reinforcing shot of cold air on Tuesday into Wednesday. The best chance for precipitation should be in the post-frontal airmass on Tuesday night and Wednesday, but models show moisture being very limited. I wouldn't expect more than a dusting for most mountain locations of Northern Utah.

The good news is that we will see much colder air midweek with mountain temps mostly in the single digits and teens. This cold air will help to dislodge the inversions in the valleys and allow for mixing. Once again, we press the "reset" button on inversions.

This "system" is the first of three chances for light snow in the next ten days:

We should have another chance at a clipper system on Sunday of this upcoming weekend. Again, I don't expect anything other than some clouds, cooler temps, and maybe a few light flurries. Then, mid to late next week, models show the possibility of another storm riding down the backside of the ridge. This one might have a bit more promise, but I still think light snow is the best-case scenario. Sorry friends, but significant snowfall looks highly unlikely in the next 10 days.

So when are we going to see the pattern finally change? Good question. Here are the EPS height anomalies on Feb 9th: 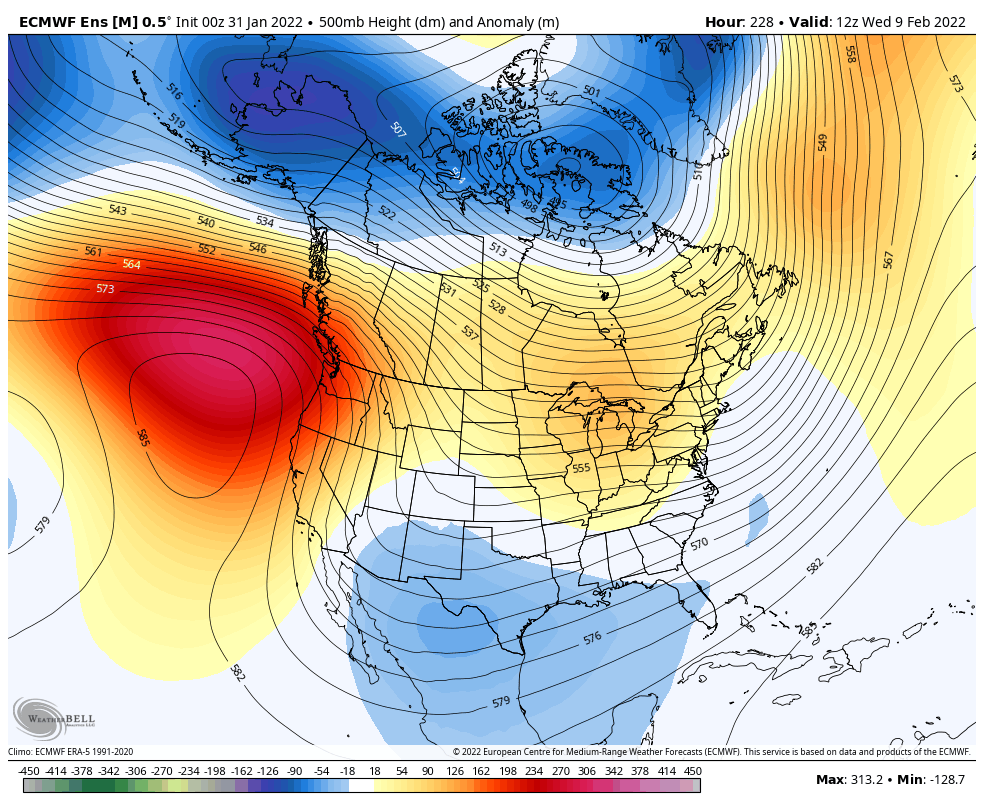 About as stubborn of a blocking ridge as you can get. You can see the lines of equal pressure dropping south into Utah and Colorado and the Rockies. This means that we may be far enough of the east side of the ridge for these weak, inside-slider systems. But strong storms that tap into Pacific moisture are unlikely. As we head toward mid-month, the ridge looks to stay strong, but it could amplify and inch farther west which may open up the door just a crack. This is about the only hope I see at this point. The latest Euro weeklies come out later today so maybe I can find some hope in those that I can report tomorrow morning.