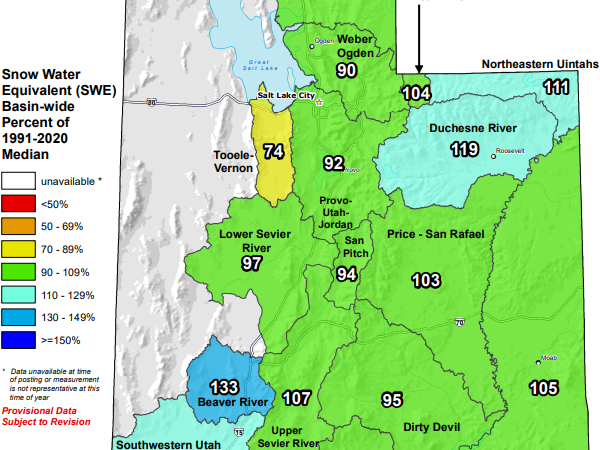 A weak trough will bring the threat of a few very light snow showers through early Wednesday. Blocking high pressure prevents strong storms from reaching Utah for the foreseeable future.

A trough is splitting at dropping into Utah this morning. We've already seen an initial front yesterday, which managed a few snow showers way up north (Beaver Mtn reporting 2"), and we should see additional pushes of cold air and some moisture Tuesday night into Wednesday morning. While the main impact is cold air (clearing out inversions), we may also see some light snow showers. I don't expect much in the way of accumulation, but a dusting is certainly possible for Northern Utah mountains by midday Wednesday.

Blocking high pressure takes control again late this week into the weekend. Mostly sunny skies with temps moderating back to near seasonal normals. We could see another brush-by system around Sunday but snowfall looks unlikely.

It was certainly a dry January -- but nowhere close to record dry statewide. If you remember, Northern Utah had quite a wet system at the beginning of the month. Observations in the Town of Alta actually picked up 4.5" of SWE this month, which is about 70% of their average. Not actually that bad. Because that came as very dense snow, it only equated to a monthly total of 29.5". Some other areas did significantly worse with only 5-15" of snow for the month, but still, we've had Januarys with basically zero snow, so this was not a record. 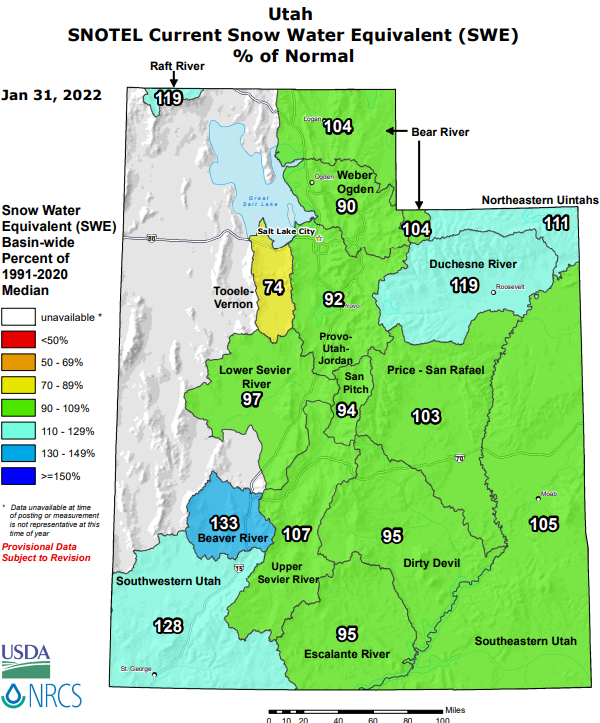 All basins were above median at one point, now it's closer to half as many have fallen behind. Graphically, the statewide median snowpack is now at exactly 100%:

You can see the black line for this year essentially flatlined and is now level with the median (green line). Overall, while January has been dry, we are not anywhere close to dire circumstances....yet.

If we look at a few prominent individual sites, Snowbird snotel is still managing to stay just above median at 111%: 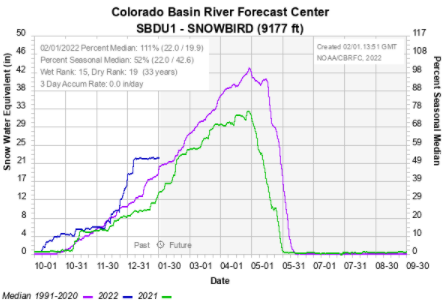 Thaynes Canyon in Park City has now fallen just below median and overall has come down a bit in the month of January which is sad to see: 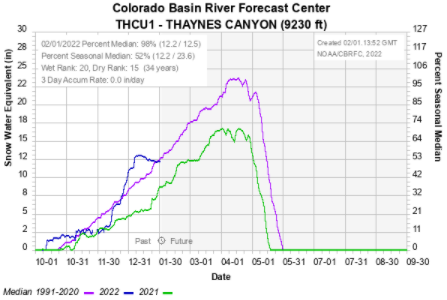 Ben Lomond Peak near PowMow and Snowbasin has had a very rough year. Unlike some other locations, their snowy end to December was only good enough to put them barely above median. This means that they have fallen WAY behind median this month and now sit at only 58%: 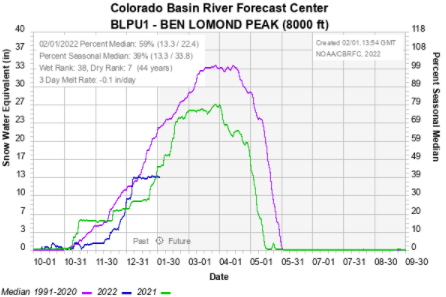 They are even behind last year now. This is by far the worst prominent high elevation snotel site I could find in the state. Farther north though, near the Idaho border, Tony Grove Lake near Beaver Mountain continues to do well: 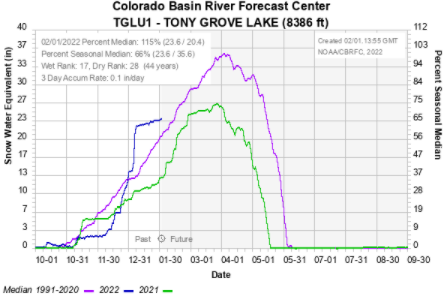 115% of median, largely thanks to a HUGE SWE event in early January.

Statistically, this is about the halfway point in the season in terms of snow and overall we are right on median snowpack statewide. Unfortunately, the forecast suggest we will continue to fall below average over the next couple weeks at least.

Speaking of the upcoming forecast beyond next weekend... It's more of the same. The ridge along the west coast is so stubborn. Utah is trapped somewhere between that ridge and the trough to our east. That means we get brushed by generally cool, weak systems from time to time, but significant snow looks unlikely. The EPS goes out 15 days and continues to show this ridge remaining off the coast even out to its full extent: 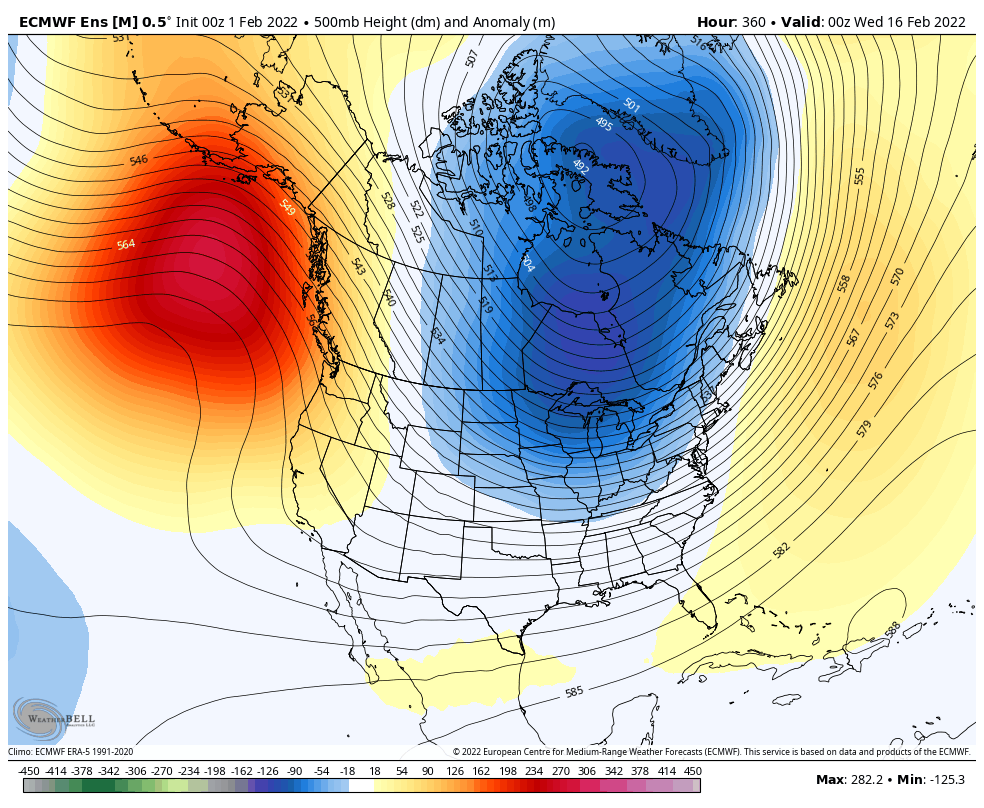 The Euro weeklies came out yesterday and they do show the ridge moving west and the pattern getting more favorable later in the month. However, they've showed that several times before only for that idea to vanish as we got closer. Essentially, until we have a solid storm within 7-days, I'm going to be skeptical of any change.