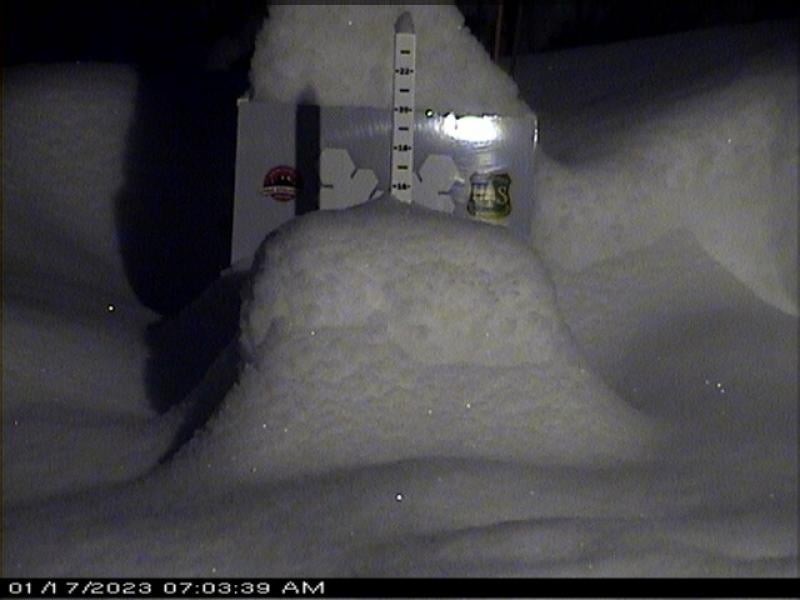 Another deep snow day for some resorts with up to 19" of new snow in the Cottonwood Canyons. Snow showers continue today (Tuesday) with clearing for Wednesday. A weak storm on Thursday before a break Friday and Saturday and a generally quieter pattern for the next week.

Yesterday I talked about how I was erring on the side of caution and this storm had a big boom or bust potential. Well, the Cottonwoods and PC area were on the "boom" side of the the coin as they have been so often this season. Off and on heavy snow yesterday afternoon, then a band of snow stalled over the area overnight dropping another 6-12". Twenty-four-hour totals are impressive with 19" at Alta, 18" at Snowbird, 16" at Brighton and Solitude. 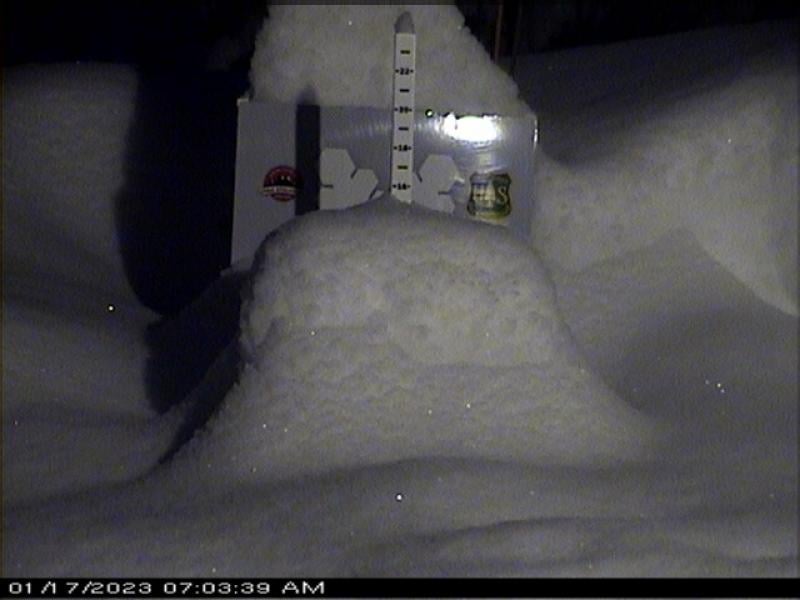 It's just absurd to me how the area keeps getting clobbered and we just over-perform every single storm this season. Alta, at the time of writing, is now at 415" on the season and we are statistically not even halfway through the snowfall season.

Outside of the Cottonwoods, amounts were generally lower. 14" at Deer Valley, but generally 3-10" elsewhere. Southern Utah in the 5-7" range actually did not perform as well as expected so far, but they should get more today.

Snow showers continue today as the system slides east. Wraparound moisture will bring a northerly then NNW flow today. We should see some snow showers popping up more this afternoon and evening and it's possible we add another 3-6" to these totals.

We have a break Wednesday. The next storm arrives on Thursday and as we've discussed, it is mostly missing us to the west, then south. Southern Utah stands the best chance to get some accumulating snow. Northern Utah could get some snow showers but accumulations look light at this point. It will bring cold temperatures, however, that will carry us into the weekend.

We start off the upcoming weekend with calm, but cold weather. Another weak disturbance for Sunday could bring clouds and light snow showers. This will be the theme for the next 10 days or so. The ridge will build along the coast and we could see periodic cold, weak, moisture-starved system dropping down the northern Rockies and clipping Utah. Not a pattern for big snow for us, but we could get some light refreshes.

The overall pattern still expected to slowly shift with the ridge moving farther west and opening the door for a deeper, broader trough over the western CONUS. Here is the current EPS mean heights for the end of January: 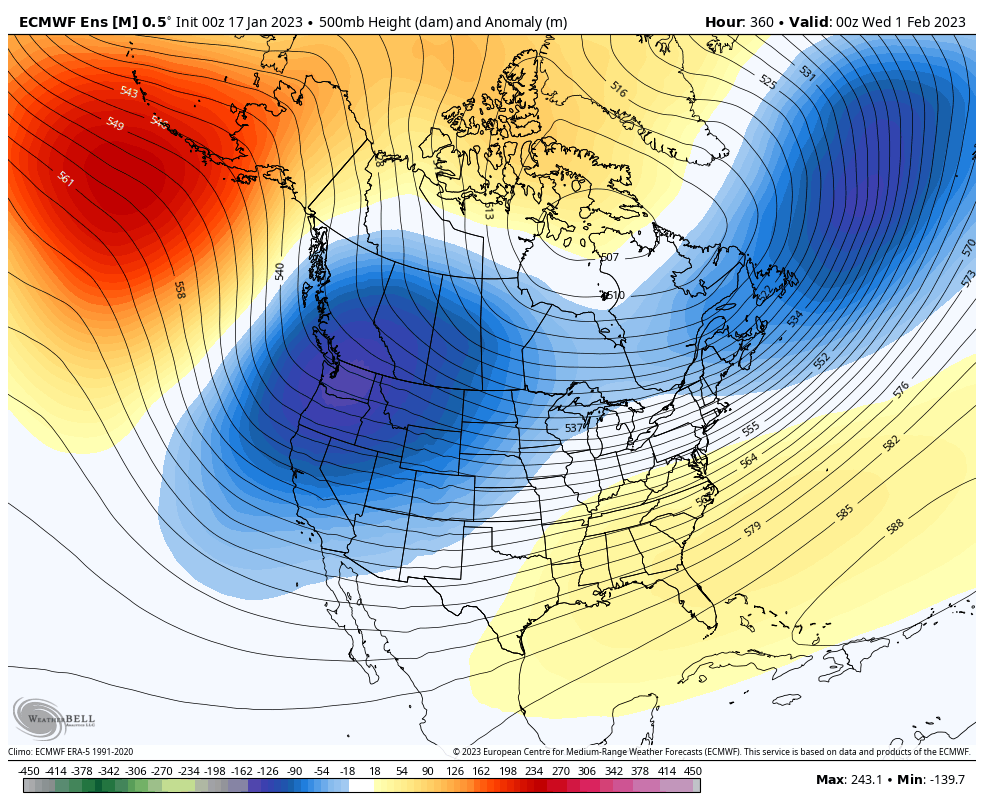 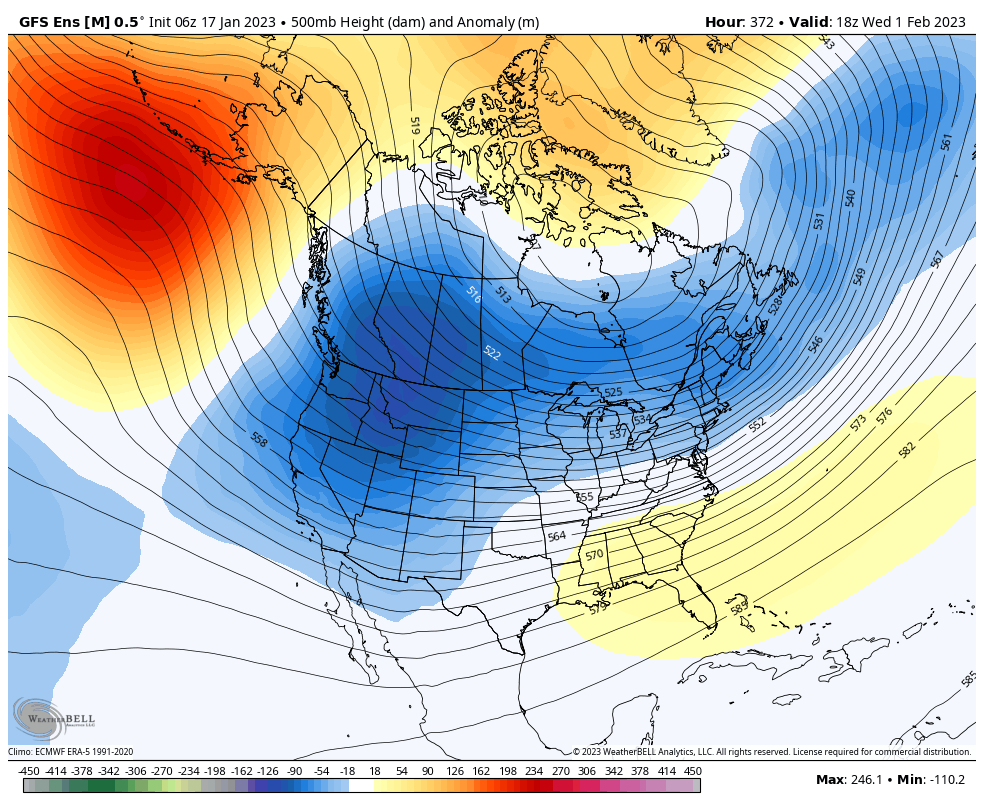 This doesn't guarantee big storms, but this is a strong signal this far out that the door will likely be open. We'll continue to watch and see if anything fun pops up in the 10-day forecast soon.