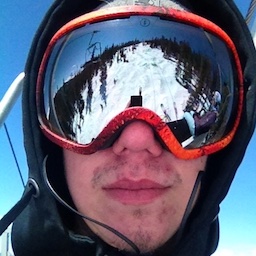 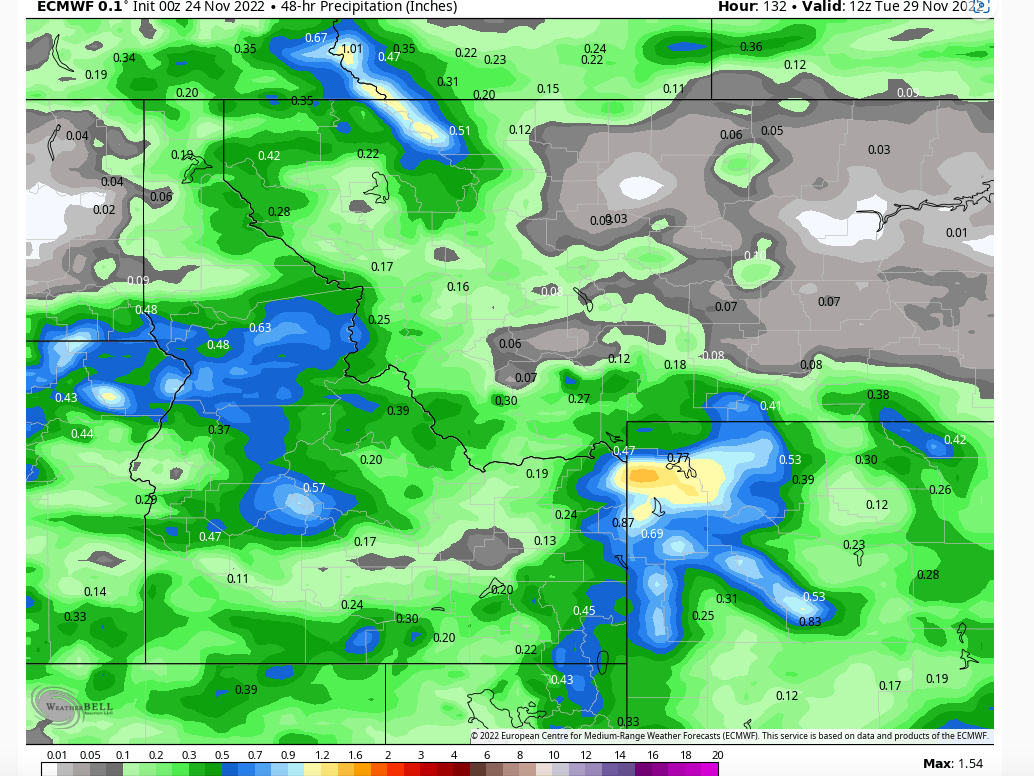 Happy Thanksgiving! Today I am thankful that we have storms in the short term forecast! Even better is the cold air that will be moving into our region. Let's get into it!

Going to be a gorgeous day today and tomorrow. Probably will be the last time we have warm and sunny for a little while so enjoy it! Overnight on Friday we will get a cold front through with some showers behind it. I don't expect anything more than a dusting across the region.

The next storm moves into our region on Sunday afternoon and will last through the day on Monday. Right now the Euro is a bit stronger than the GFS. If you look at the graphic below you can see a blue bull's eye over Bogus which is equivalent to about a half inch of precipitation over a 48 hour period ending mid day on Tuesday. 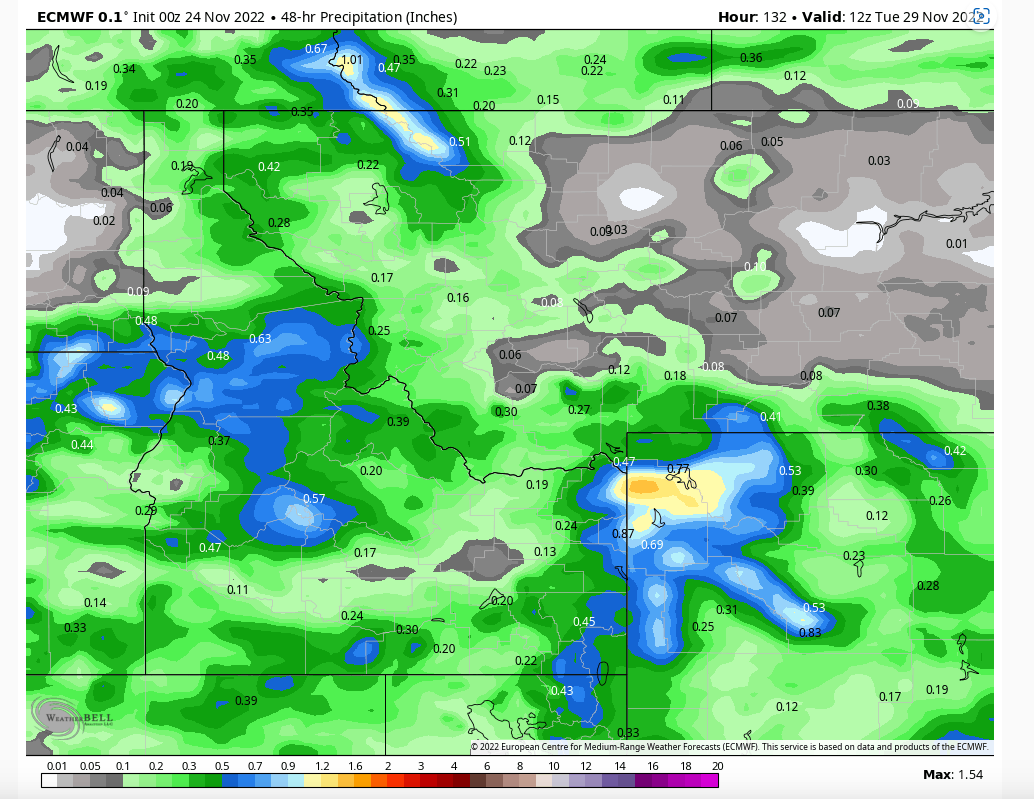 Even though the West Mountains and Brundage do not have a bull's eye over their locations, I still expect them to do well. Especially Tamarack. The moisture is coming in from due west and because the West Mountains run due north and south they can do especially good in a set up like this.

By the time the storm clears out on Tuesday I think we see a good 6-10 inches of snow at Bogus. For whatever reason the models don't do well predicting precipitation at Tamarack, but I think they get a good 8-12 inches of blower with similar or slightly less amount at Brundage.

Tuesday (11/29) will be a tweener day. There won't be a storm in the area but there could certainly be some follow on showers with bits of sun poking through. Should be a gorgeous day for riding.

The next storm will move into our region next Wednesday. This storm does look a bit stronger than the previous storm but it is still a bit far out to forecast. Suffice to say that temps look really cold and with a lot of precipitation in the atmosphere good things can happen!

After next Thursday (12/1) things get a bit nebulous. The GFS brings in another storm the following weekend and the Euro keeps us pretty dry. This far out it is hard to know. The one thing both models agree on is the cold. It is going to get downright frigid across the US. 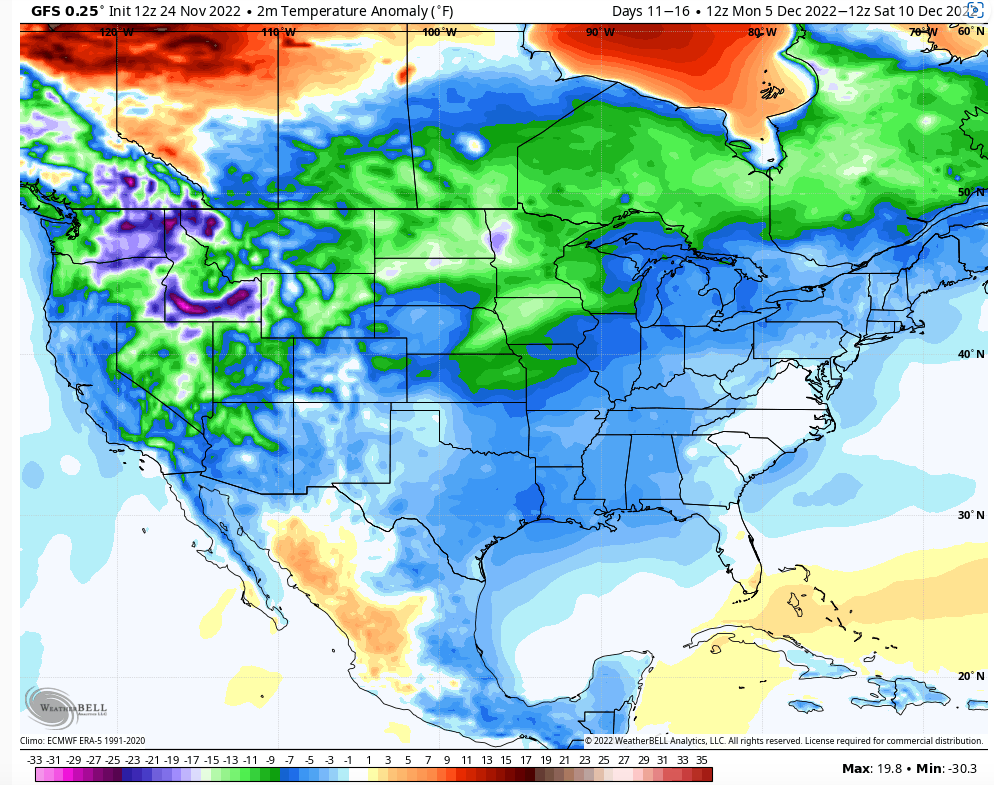 The above graphic shows the average 5 day temperature anomaly across the US from December 5th to the 10th. Incredibly there is no part of the US that is above average and very little that is even at average. Lucky for us the Treasure Valley looks like it will be about 20 degrees below average.... yikes!