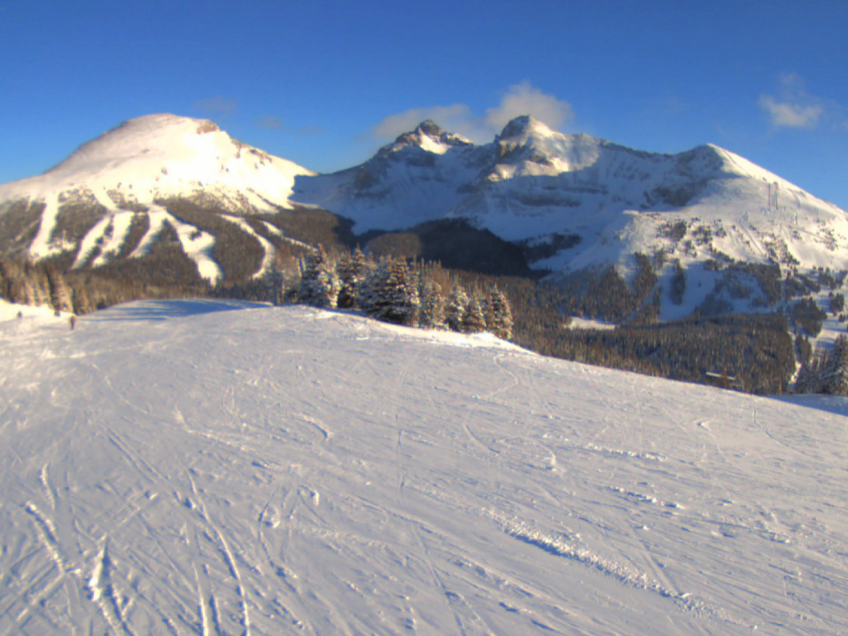 The South Rockies were on the far northerly boundary of a river of Pacific moisture where Castle Mountain picked up 20cm in the last 48-hours. They have seen 52cm in the last 72-hours! Elsewhere, a skiff at Sunshine, Louise, and Marmot. Arctic high-pressure sets up for the weekend with sunny skies and a little warm-up on Sunday. A weak system Sunday night may drop some light accumulations.

Below: -17C at noon on Saturday at the top of Wawa at Sunshine. That is some squeaky cold snow. 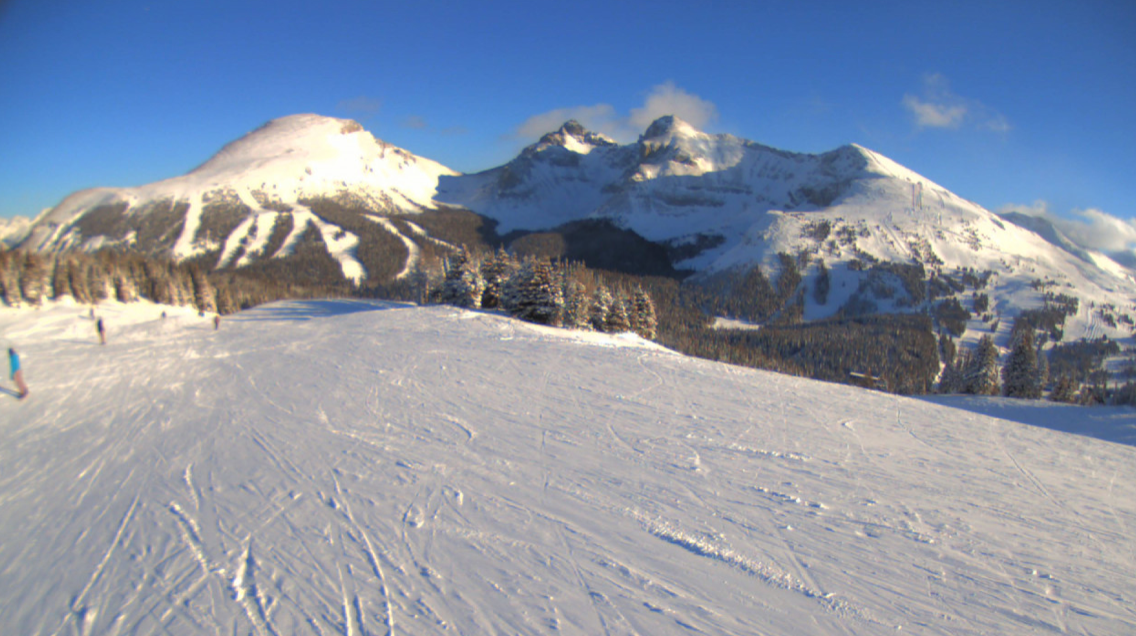 Sunday: Mainly sunny skies in the morning with increasing clouds in the afternoon, with flurries likely at Nakiska by late afternoon. Warmer with a high of -8C at 2200m. Light NW winds.

Monday:  A low-pressure system will move north to south into the Alberta prairies on Sunday night creating easterly winds and numerous flurries for the foothills and eastern slopes of the Rockies. Trace amounts up to 3cm are possible for the easternmost resorts (Nakiska, Norquay, and Fortress - KPOW) by Monday morning. High-pressure moves into the Rockies Monday but clouds in advance of another surface low will keep mainly cloudy skies prominent during the daytime hours. Colder with morning lows around -20C and afternoon highs hovering around -13C. Light E/NE winds.

Tuesday: Persistent light snow will be possible across the Rockies Monday night into Tuesday as a northerly cold front triggers an upper-level circulation across the southern Alberta plains. Those south and east resorts of Nakiska, Powderkeg, and Castle could pick up 3 – 6cm by Tuesday afternoon with a trace to 5cm possible at the SkiBig3’s and Marmot. Colder, with morning lows around -20C and highs around -15C (at 2200m). Light and variable W/NW winds.

Wednesday: High-pressure builds in across the Alberta Rockies with generally a mix of sun and clouds along with a slight warming trend. Low temps of -12C south, -16C north, with highs of -5C south, and -9C north. Moderate SW winds, gusting to 40kph along the ridgetops.

Below: The Euro model for projected snowfall across BC and Alberta from Saturday through Tuesday night highlights the northerly flow of cold air and overrunning light snow for those eastern slopes of the Rockies. On Tuesday, a low-pressure system forms over south Alberta bringing chances of up to 6cm across the foothills and South Rockies.

The pattern of arctic high-pressure being overridden by weak impulses of moisture looks to continue Thursday and Friday. There are conflicting model scenarios but most generally favor light accumulations on both days along with surface temps staying fairly cool. Morning lows look to be around -15C and highs in the -5C to -10C range. Beyond Friday the weather models are all over the map. Stay tuned.

Thanks for tuning in, next update will be on Tuesday 12/6.

Castle Mountain   RE-OPENS for the season on 12/2, then daily op’s