Soft weekend with a question mark for Sunday night 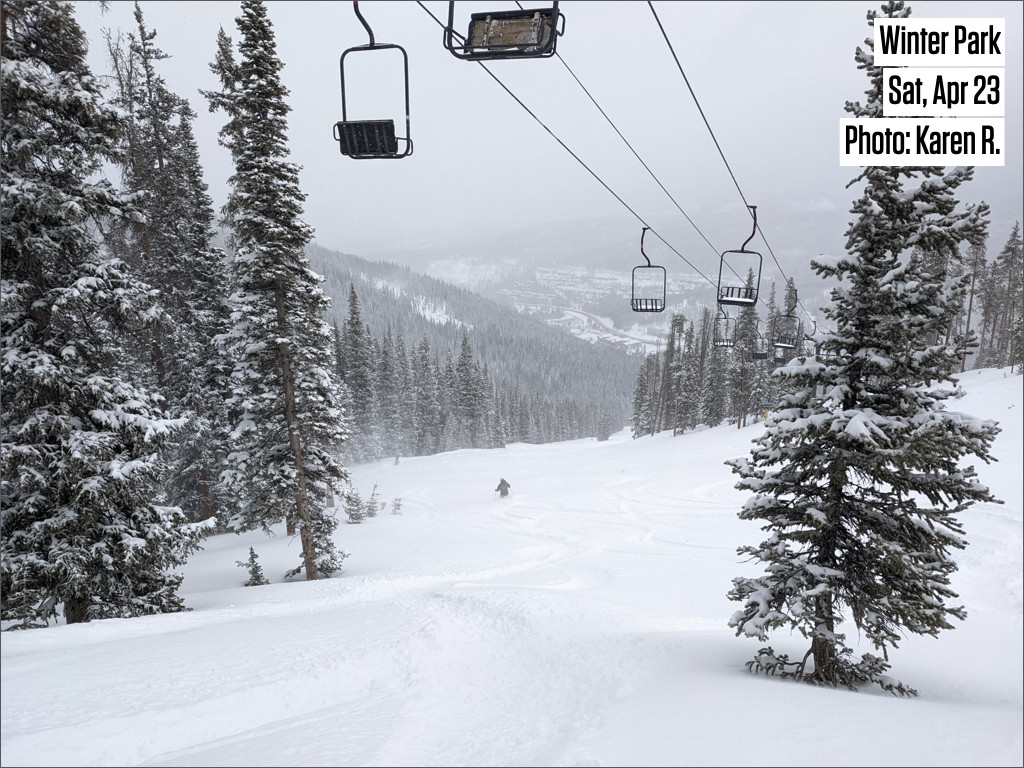 Snow showers fell all day on Saturday and into Saturday night with 3-7 inches accumulating in the northern mountains. On Sunday morning there will be a lull in the snow, then we will see more snow on Sunday night, but there is a lot of uncertainty about how this will play out.

Saturday was a fun day as most mountains started out with 4-6 inches, and then another 4-6 inches fell during the day and into the evening. Being late in the season, crowds were relatively light which made for a pretty relaxing powder day. This amount of new snow wasn't enough to completely bury the crust, but it was pretty soft on smoother and/or lower-angle aspects. 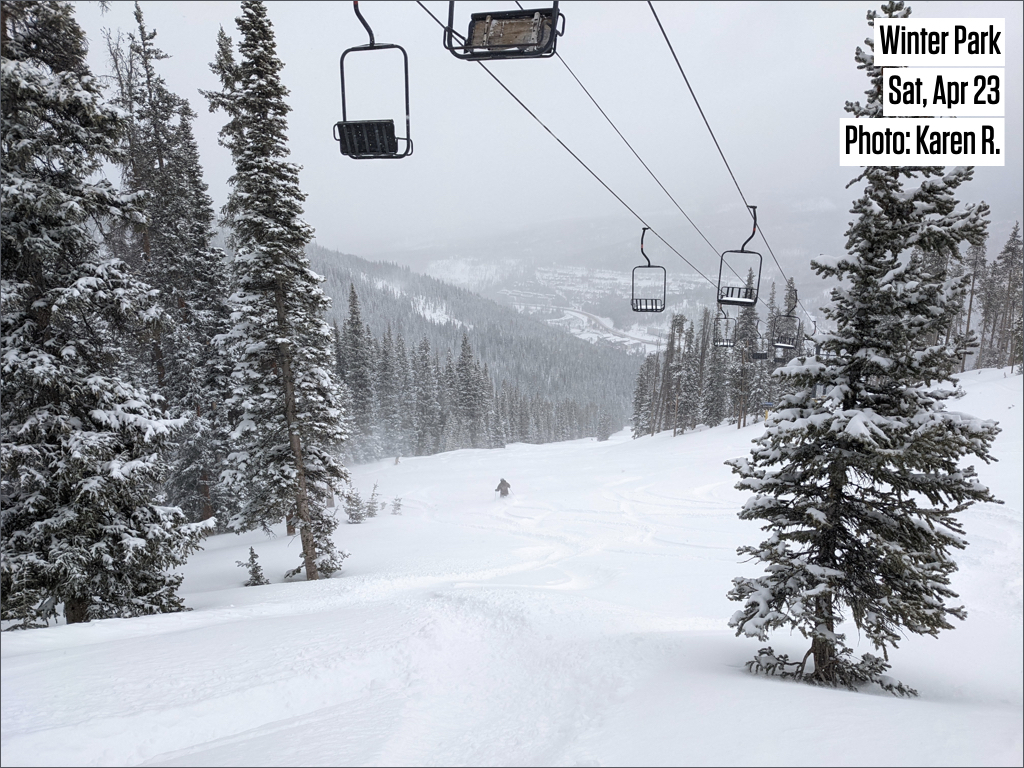 Snowfall from Friday night through Saturday evening totaled about 6-12 inches for most northern and central mountains with about half of this falling by Saturday morning and the other half falling on Saturday into Saturday night. The highest totals that I saw were 12-20 inches near and around Steamboat and about a foot near Irwin (west of Crested Butte).

For Sunday, the day will start out on the softer side thanks to some snow that fell later on Saturday into Saturday night in the northern mountains. Other than this, though, we should see just spotty accumulations through Sunday early afternoon.

From Sunday afternoon through Monday morning, there is a chance for significant snow but also a LOT of uncertainty about this. The final part of our weekend storm will bring a wind from the northeast and east, and this wind direction, as well as lingering storm energy, should create an area of intense snow somewhere near and just east of the divide. Exactly where this snow sets up is tough to pin down.

Our high-resolution forecast model based on data from the American GFS model brings intense snow right to the divide with significant accumulations close to Loveland, A-Basin, and Breckenridge. 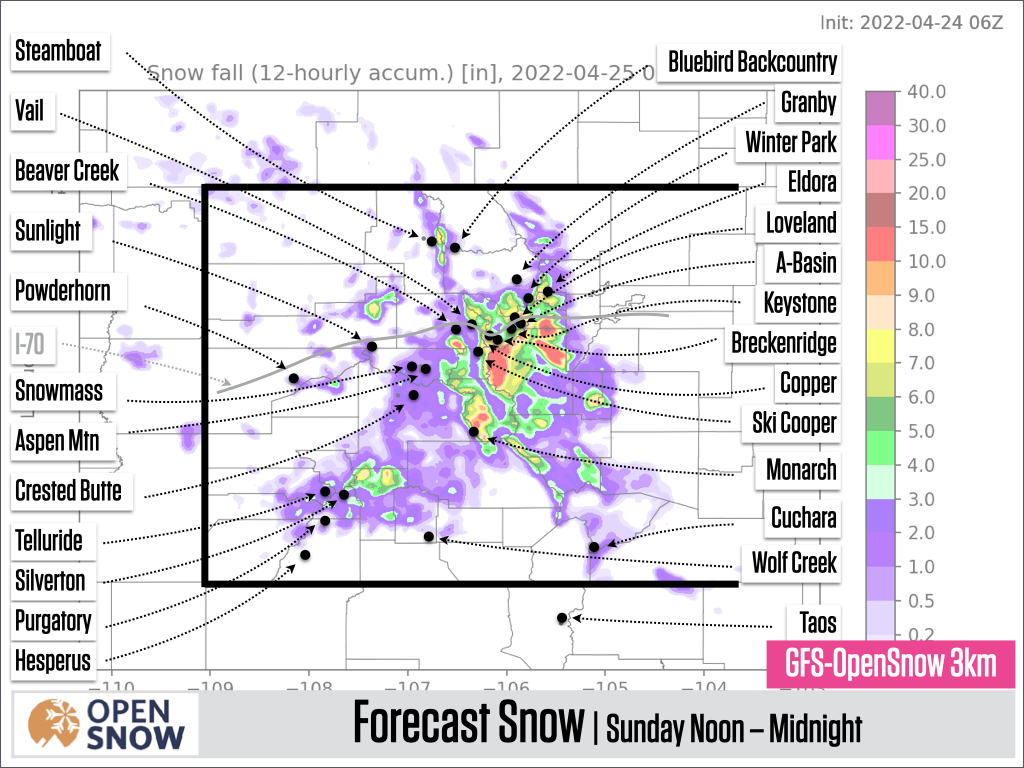 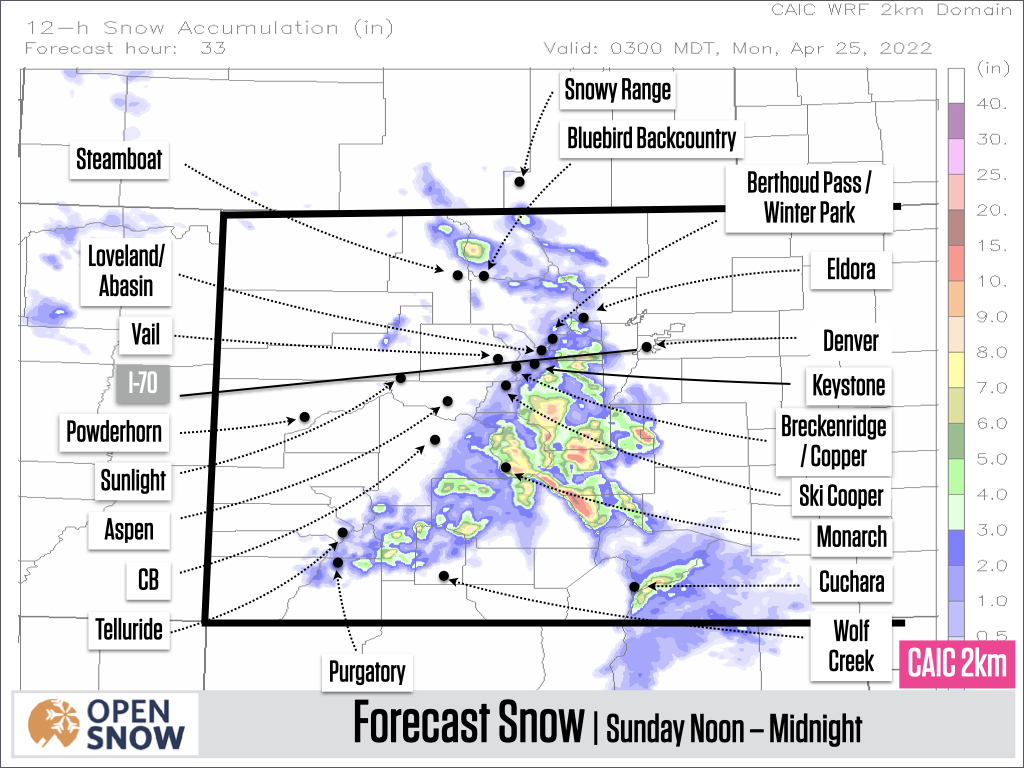 And our high-resolution forecast model based on data from the European model is less excited with just spotty showers and accumulations near and east of the divide. 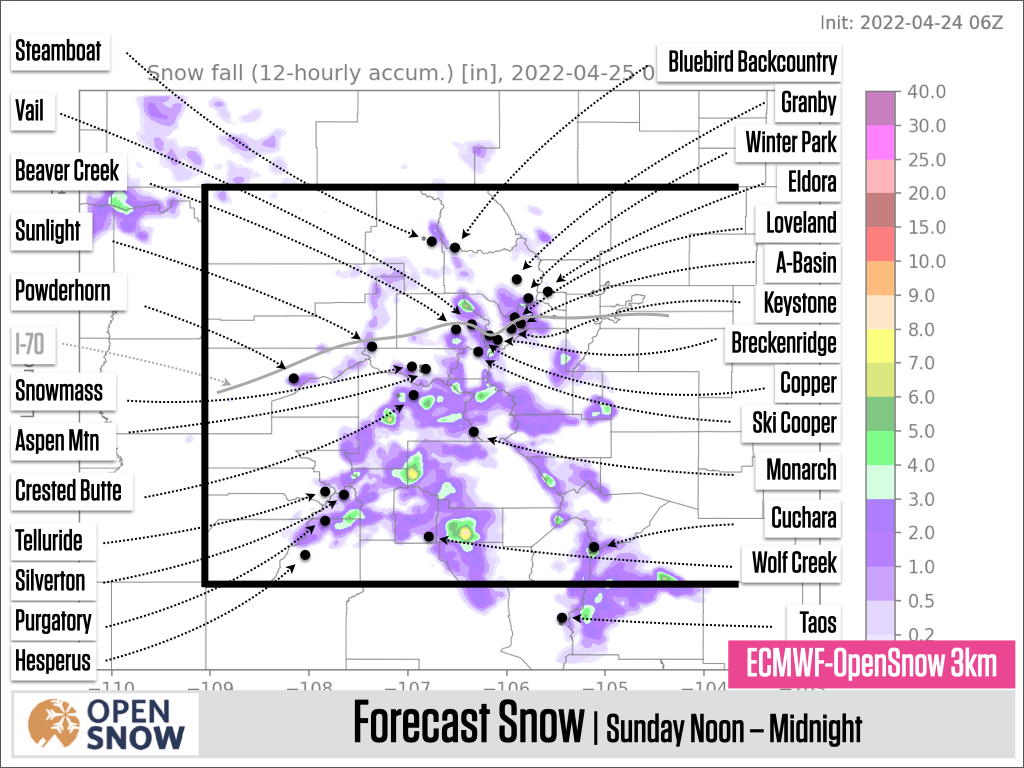 In very uncertain situations like this, I usually like to come in with low expectations, but it'll be worth watching radar and snow stake cams on Sunday afternoon and Sunday night to see where this snow winds up falling and if Monday morning will wind up being a sneaky soft and deep day.

Once the storm finally clears out on Monday morning and midday, we'll see dry weather on Monday, Tuesday, Wednesday, and Thursday, with temperatures on Tuesday through Thursday climbing into the 40s and 50s in the mountains.

Our next chance for a little bit of precipitation will be from Friday, April 29, to Saturday, April 30, though the latest models are backing off on their precipitation forecast and I think we'll be lucky to see any measurable precipitation. After that, maybe we'll see more interesting weather between May 3-9 though there's no solid storm that I can point to during these dates. Overall, we will head into a warm and pretty dry springtime weather pattern. 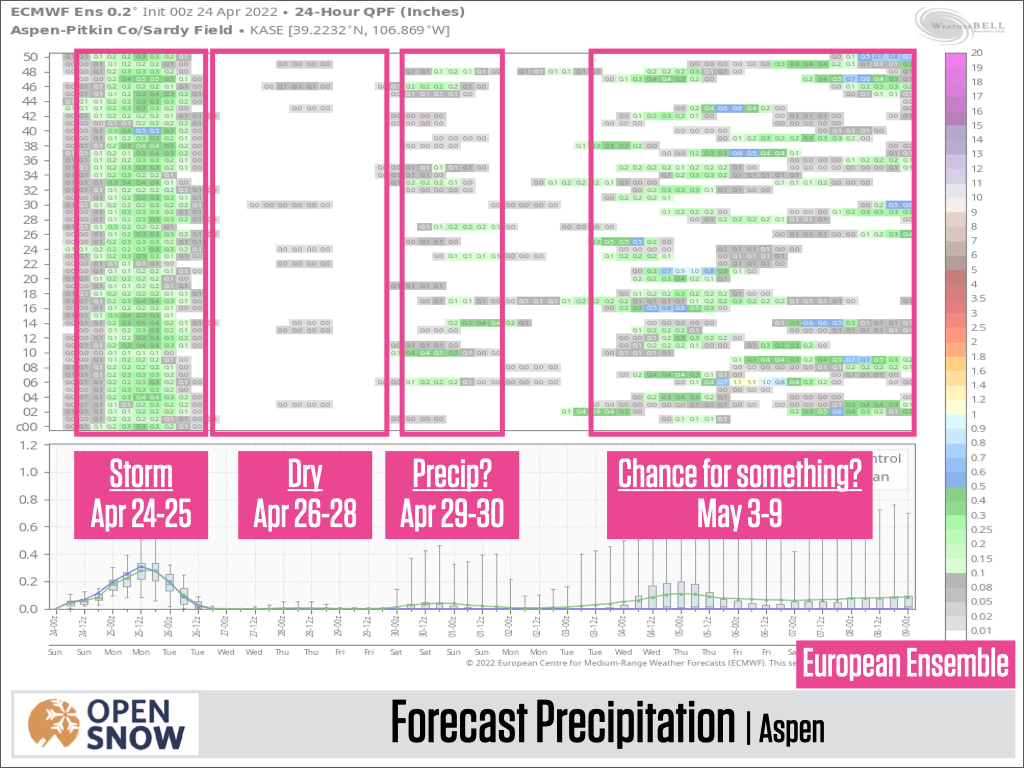 My next post will be on Monday morning to see what happens with the Sunday night snowfall, then I'll write my final post of the season on Tuesday morning.