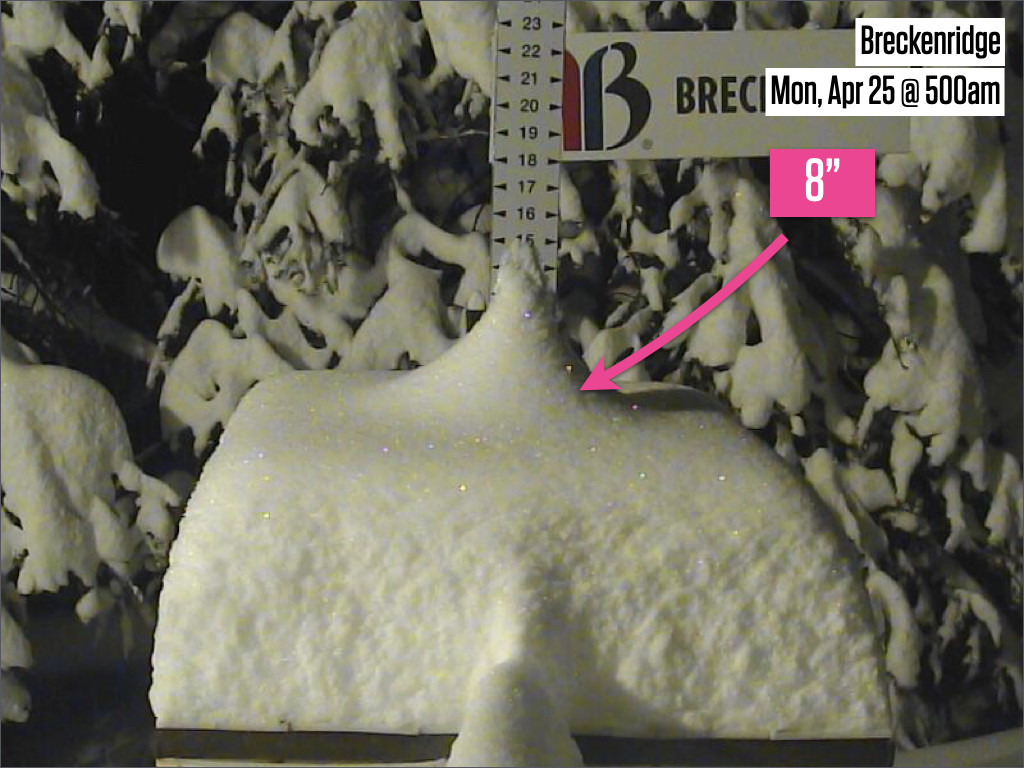 The sneaky storm on Sunday night came through on the high side and dropped 4-8 inches on many mountains. This will make Monday morning soft and fun. Looking ahead, I don't see another cold powder day in the forecast for the next 10+ days or so.

Sunday morning started out fresh and soft and fun, especially in the northern mountains, thanks to the lingering snowfall on Saturday and Saturday evening. 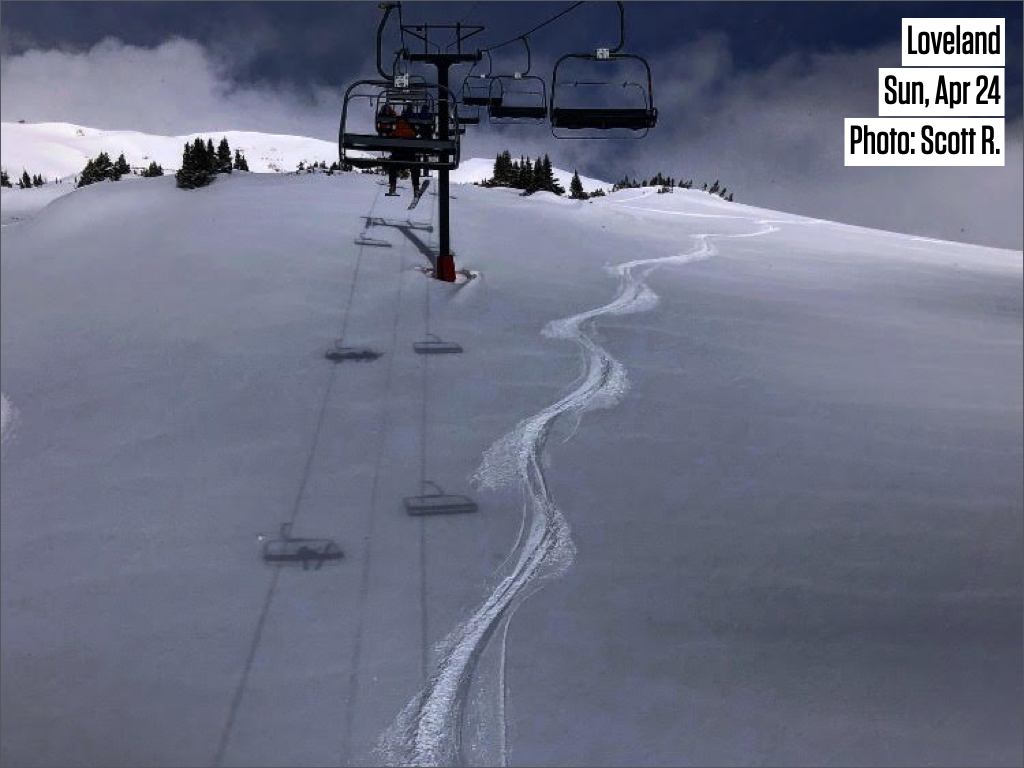 Then on Sunday afternoon and Sunday night, the sneaky storm that we were watching for near the divide came through on the high side with snowfall rates of 2-4 inches per hour at times and significant accumulation not just along the divide but at many mountains. 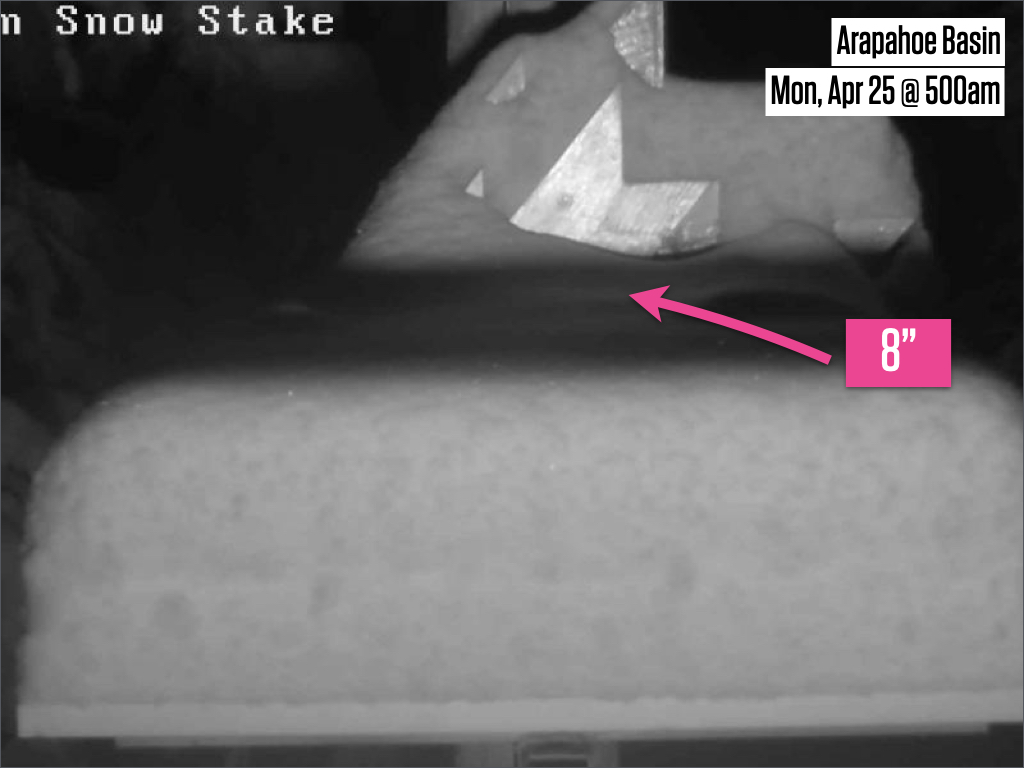 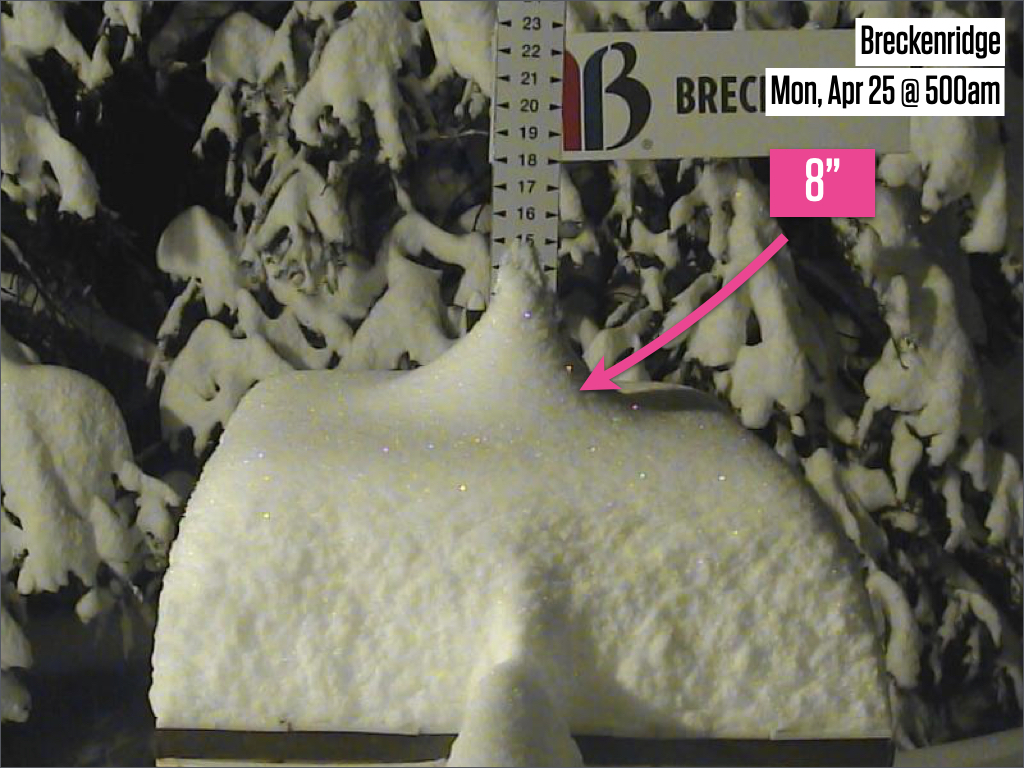 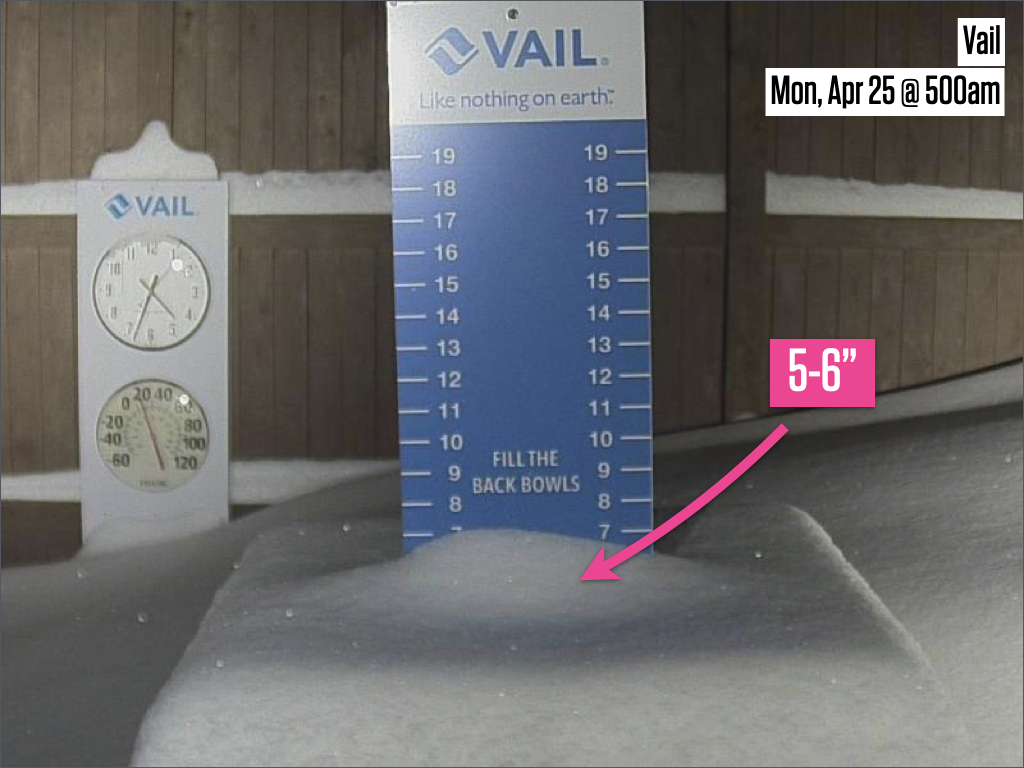 Aside from the snow stake cams above, I saw about 3-4 inches of snow in the Aspen area, and there were 4-5 inches as far south as Molas Pass, just south of Silverton.

Looking ahead, his week will be mostly dry with maybe just lingering showers on Monday morning, a chance for an afternoon shower on Wednesday, and light snow accumulations on Friday into Friday night in the northern mountains. 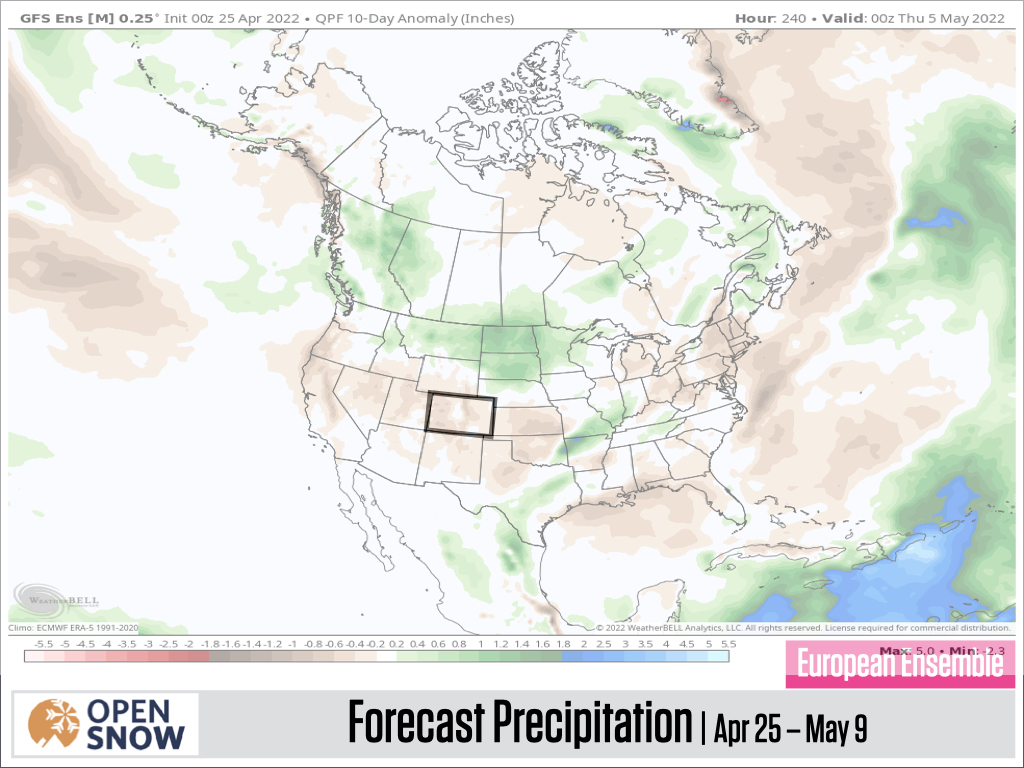 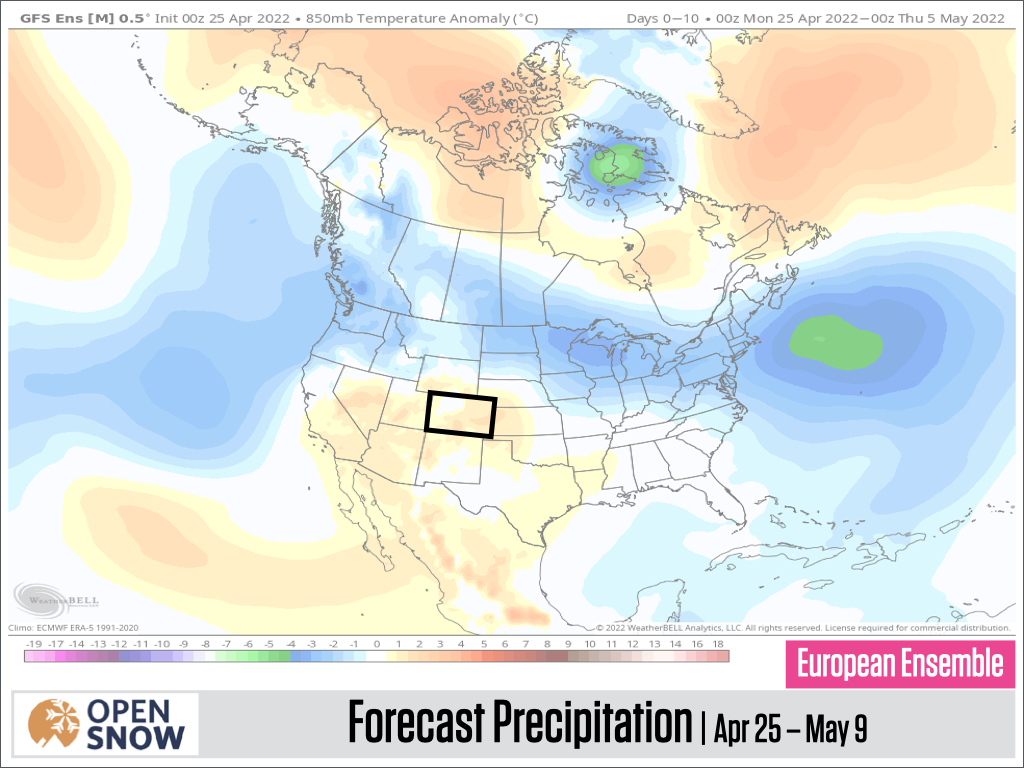 With a springtime weather pattern on the way, I'll write my final post of the season on Tuesday morning.