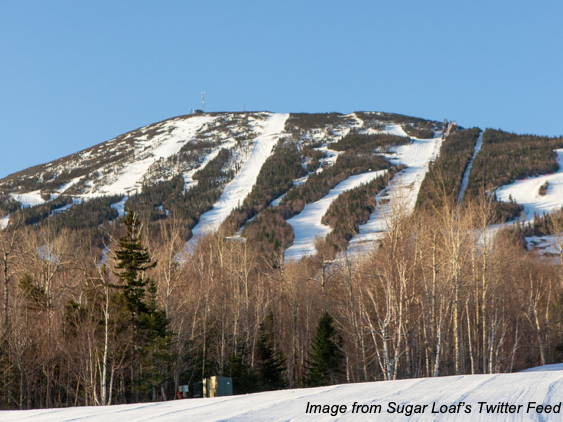 Widespread spring conditions with good sunshine on Friday giving way to clouds and a chance of showers this weekend. Next week sets up cooler and cloudier with a chance of valley rain showers and high-elevation snow showers. 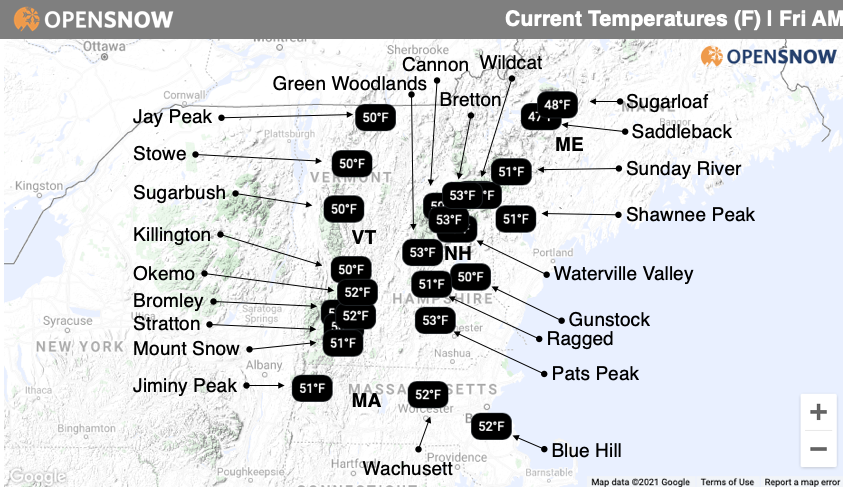 With another day of good sunshine and a light southwest wind, temperatures are going to be pushing 70F in the valleys across Central New England with slope side temperatures in the 60s. Snow conditions are going to be a soft and slushy corn fest (i.e., "wet granular"). There's still some resorts out there with a lot of snow that are still open. Just to name a few, Wildcat is open until 4/18 and Jay Peak/Sugarloaf will be open until 4/25. Enjoy it. Take a look at the coverage up at Sugar Loaf (from their Twitter Feed): 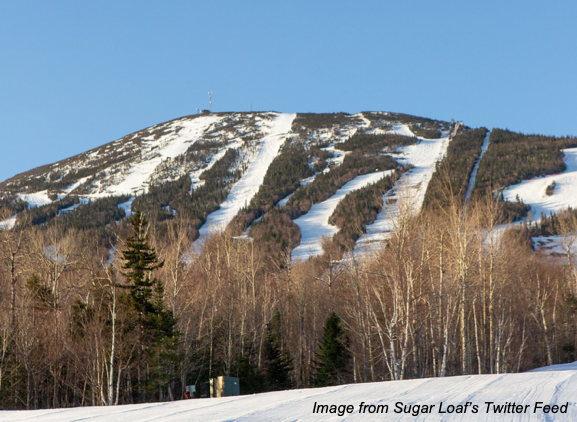 The weekend forecast has high pressure sliding off to our east and a slow moving storm trying, and failing, to move in from the west. Here's how it shakes out according to the ECMWF for 8AM Friday through 8PM Sunday:

The week ahead is interesting with a chance of slope side rain showers and possibly summit snow showers on Wednesday as a weak area of low pressure crosses New England. Otherwise the week looks pretty cloudy with rain and some high-elevation (>3000') snow showers more likely than not through Friday. Places in Maine might be cold enough to reap some slightly lower elevation snow showers later in the week (e.g., Saddleback and the Loaf).

Temperatures do back off into the 40s with overnight lows near freezing that could stabilize some of the snow pack to make it to closing dates. Those places farther north and at elevation look like they could drop into the upper 20s, thus slightly higher odds of accumulating snow. Our 10-day snowfall forecast is even picking up on these possible accumulations (note that many the resorts plotted below are now closed, but some are open): 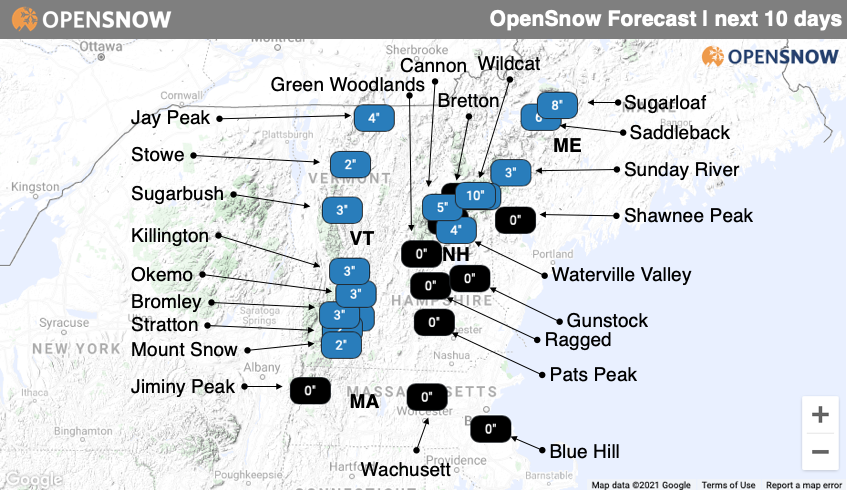 All in all, not bad for April. You get sunshine, sunburns, and a chance of snow next week. Could be worse?

I'll be back with another update either this weekend or first thing Monday morning.

PS: If you are planning to head to Tuckerman Ravine, watch out for falling ice.

Jason Cordeira
Meteorologist
Jay Cordeira is an all-around outdoor enthusiast living and working among the lakes and mountains in New England. When he’s not in the classroom teaching the next generation of meteorologists, you can find him on the trails, rivers, lakes, slabs, and backcountry of the White Mountains.
Read More