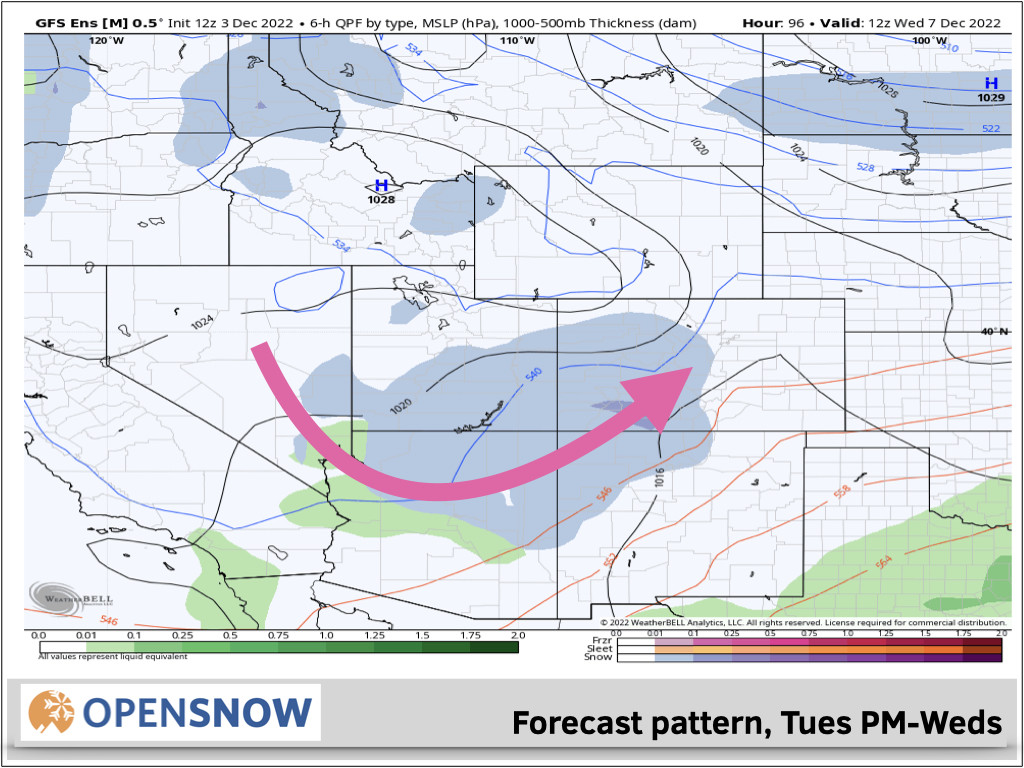 On Saturday and Sunday, a stream of sub-tropical moisture will bring heavy rains to the west and central mountains. Temperatures will be too warm for snow. The northern mountains will see clouds, breezy conditions and maybe a dusting of snow favoring Ski Santa Fe. Next real chance of snow is Tuesday-Wednesday.

On Saturday morning, a plume of moisture is crossing southern Arizona on its way to New Mexico.

This system will bring a solid round of precipitation in the form of rain to the Gila Mountains in western New Mexico and to the central mountains. 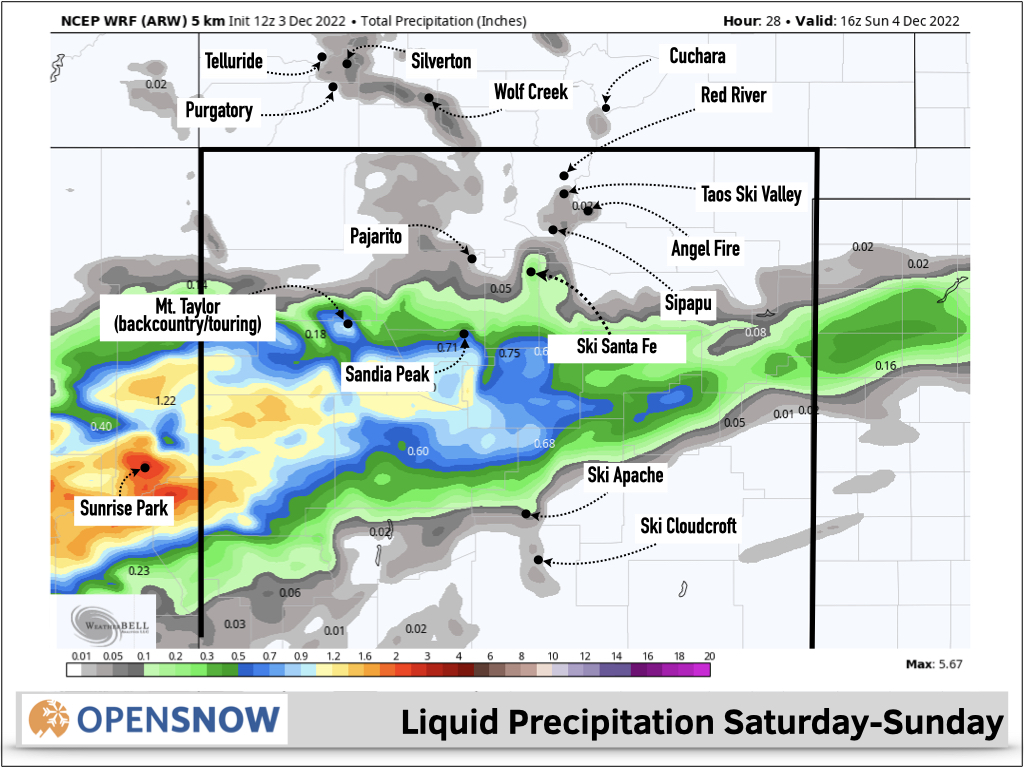 Temperatures will be too warm for snow. The exception could be Ski Santa Fe and possibly the northern Sangres where some light snow flurries late Saturday into Sunday could bring a dusting of snow.

For the northern mountains, cool and windy conditions with isolated snow flurries will persist through Monday before our next storm arrives in the region on Tuesday.

Models are coming into agreement that a storm will drop down from the Great Basin of Nevada late Tuesday and through Wednesday. This will produce storm energy and precipitation directed across the Four Corners favoring Wolf Creek and the San Juan Mountains of southwestern Colorado. 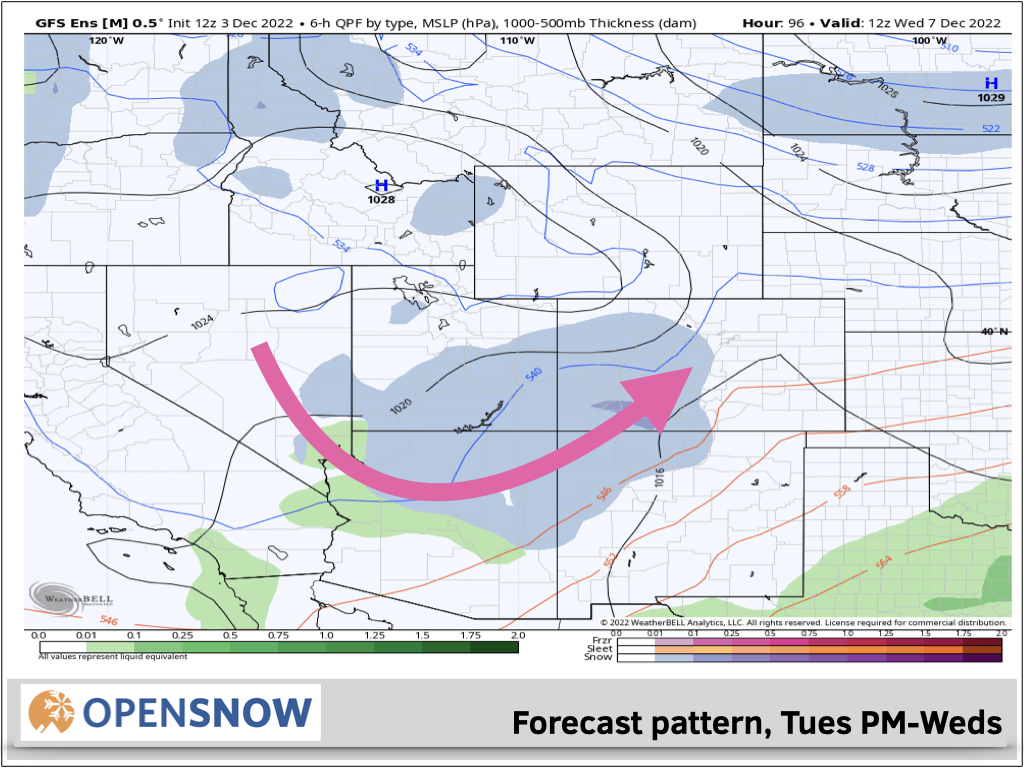 There could be some stalling of the storm on Wednesday which would prolong the precipitation event for the Four Corners into Thursday morning.

If the current forecast pattern holds up, the Jemez and Sangre de Cristos would be outside of the sweet spot for this storm but should see at least some light snow totals. Taos Ski Valley would be favored with southwest winds and being located further north closest to the storm energy cutting across northwestern New Mexico. 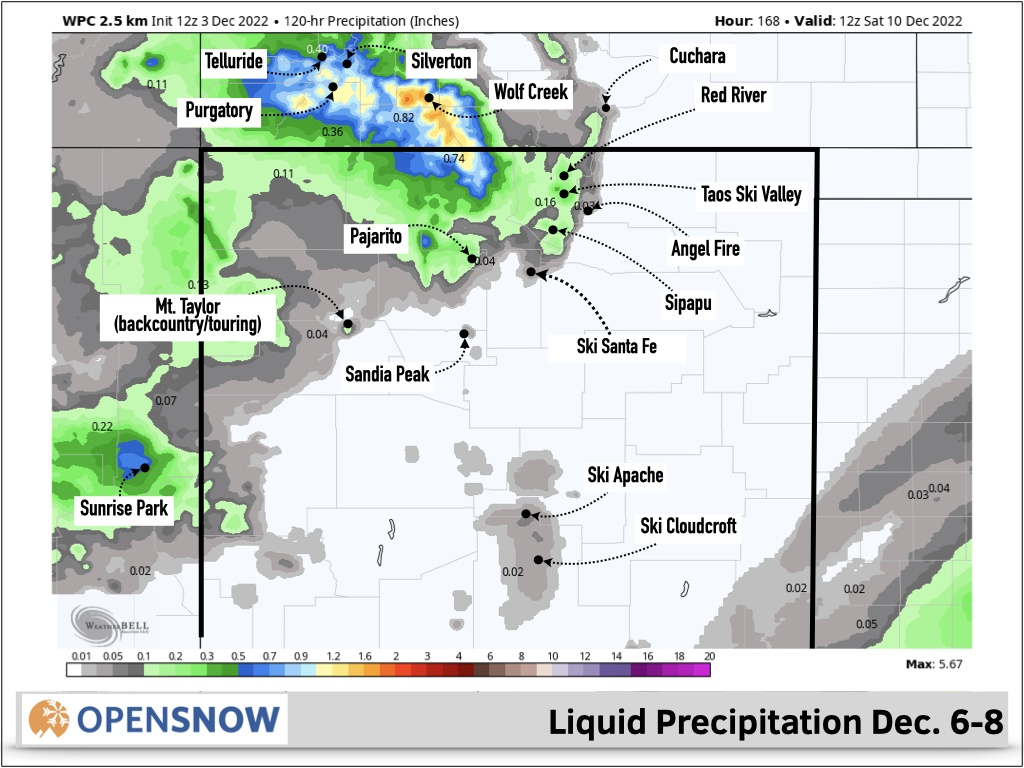 The chase should definitely be on for Wolf Creek Tuesday, Wednesday, and Thursday.

Thanks for reading! I will post again on Sunday.

OpenSnow is proud to sponsor this upcoming event to support Taos Avalanche Center (TAC) on December 7th at Tumbleroot Brewery in Santa Fe. Social hour starts at 6pm followed by a viewing of Spirit of the Peaks at 7pm. There is a suggested donation of $10 directly to TAC. TAC is the only avalanche center in NM and the goal is to raise money to fund future forecasts and expand forecasts to the Santa Fe area. 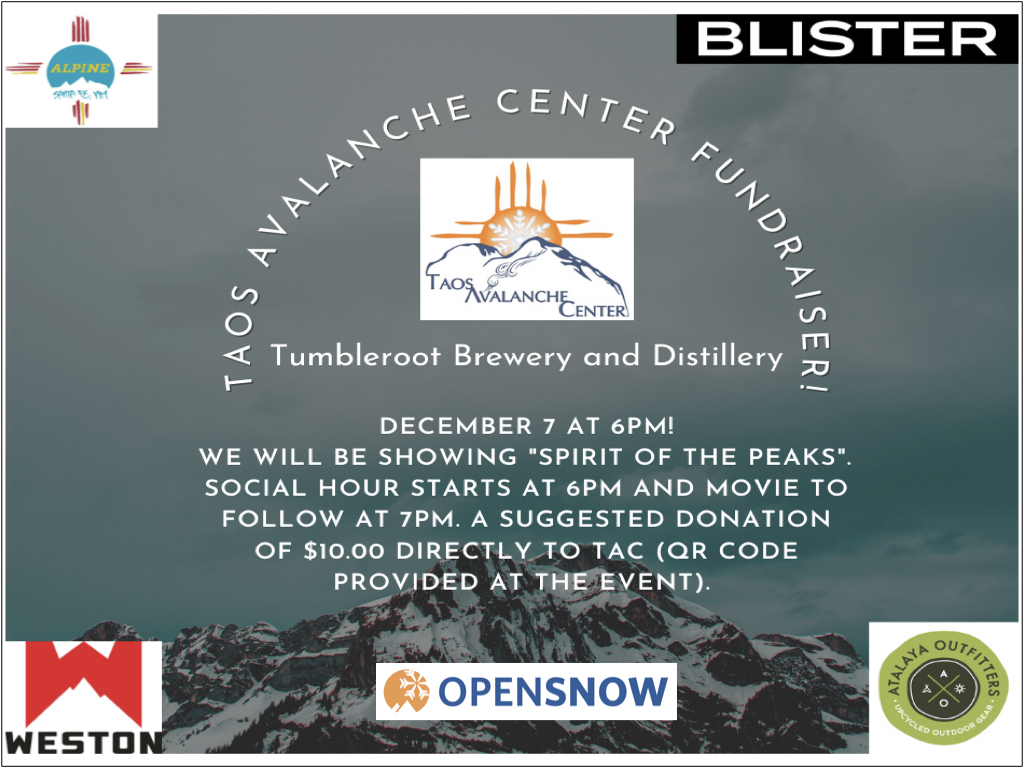