Heads up, there may be fresher snow! Read the latest Palisades Tahoe Daily Snow 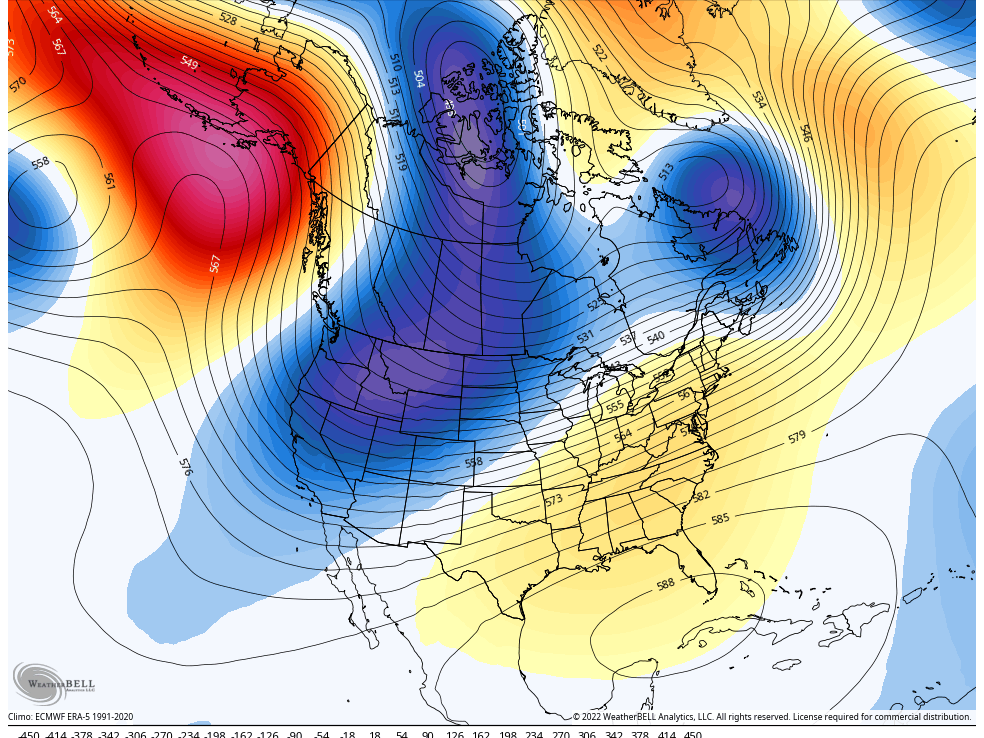 Mostly sunny and mild into the weekend. Next week will be colder with the chance for a few storms to bring at least some light snow to the mountain.

We will have a sunny Thanksgiving holiday. High pressure will dominate the pattern into the weekend with highs into the 40s, along with mostly sunny skies during the day.

Breezy east winds through Thursday over the peaks from the east, turning west Friday into the weekend. Gusts up to 30-40+ mph at times.

Monday we are shifting the pattern to a cold trough digging down into the West and we will see colder air move into the region. With the trough, we also have the storm door open to storms diving into the trough every few days or so.

With the pattern forecast to be in place next week, the storms will dive down the west side of the trough and could track just off the coast pulling in lots of moisture, or just inland pulling in a lot less moisture. They could also miss northern CA just to our east.

The latest forecast model runs show snow showers moving in during the day on Monday and ending by Monday evening. Snow levels drop below the base at the start. High temperatures drop into the 30s at the base and 20s up top. Ridgetop winds likely increase from the southwest with strong gusts up to 70+ mph at times, possibly affecting upper mountain lift operations.

Looking at the possible snow ratios and the model average for precipitation, we could see 1-3 inches of new snow fall on the mountain by Monday night.

Tuesday into Wednesday looks like it could be cold and dry with highs in the 30s at the base and 20s up top with mostly sunny skies during the day. The winds should be lighter as well.

Next Thursday the 1st could be the next chance for a storm. Again, the track of this system will determine how wet/snowy it is. We will continue to watch the trends on this storm as well as we get closer.

The models show a 3rd system around Saturday the 3rd that may also track down the coast with similar forecasting headaches.

One or more of these systems could track just right to bring us big snow, but the models will likely change day to day as they try to determine the track. A slight jog east or west with the tracks can make a big difference with the snowfall forecast.