What Does a Dry October Mean for the Season Historically?

High pressure is building in over the West Coast bringing us a prolonged period of dry weather. The good news is that, at least for now, the skies are clear of smoke. Hopefully, we will see a change in the pattern by the end of the month.

We saw a dry cold front move through the area over the weekend. That brought some clouds, gusty winds, and slightly cooler temperatures. The best part is that it cleared most of the smoke out of northern CA! (OpenSummit.com) 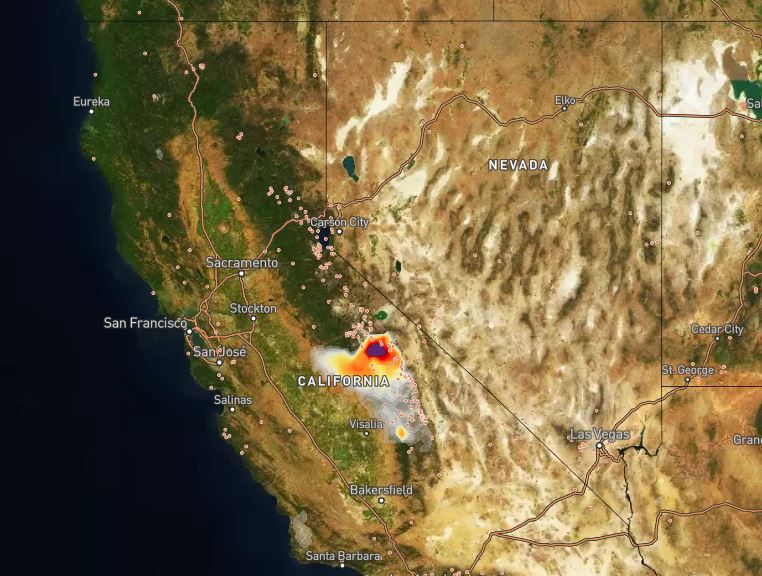 Unless more fires start or expand, we should see clearer skies continue this week except for farther south down near Mammoth.

High pressure will continue to build in over the West Coast through the week with sunny skies continuing. 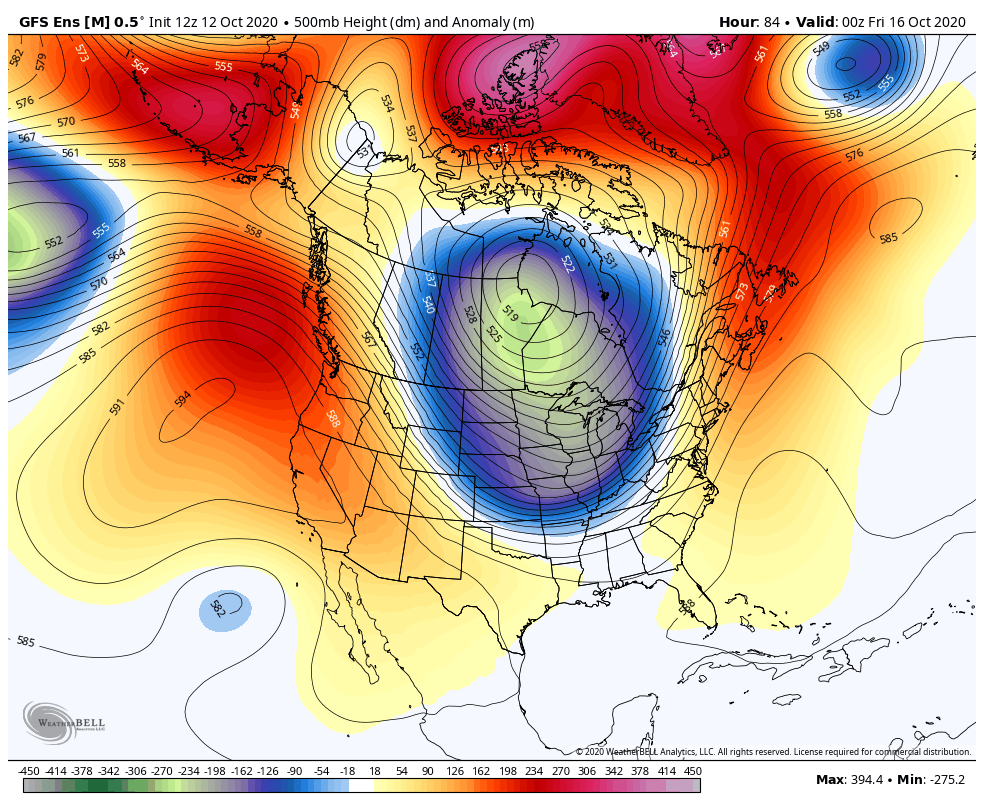 As the ridge shifts north we may see a northeasterly flow for the 2nd half of the week. That should help to keep the skies clear of smoke. Highs in the 70s at lake level and 50s for the upper elevations. (OpenSummit.com) 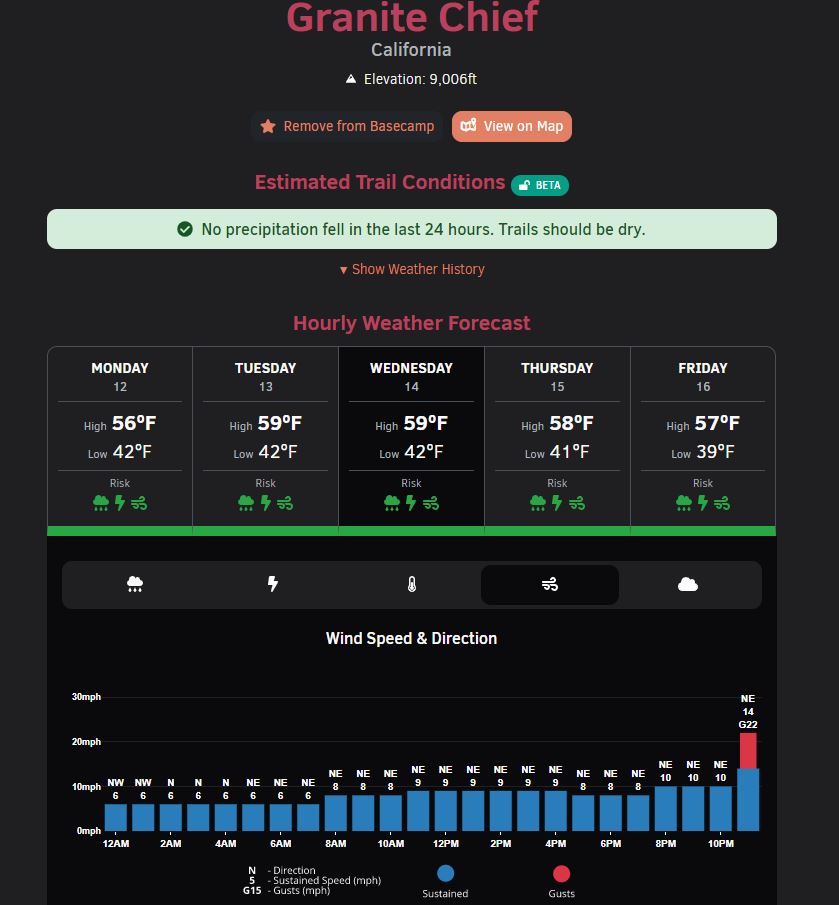 The 10-day precipitation forecasts have the storm deflection dome over CA... 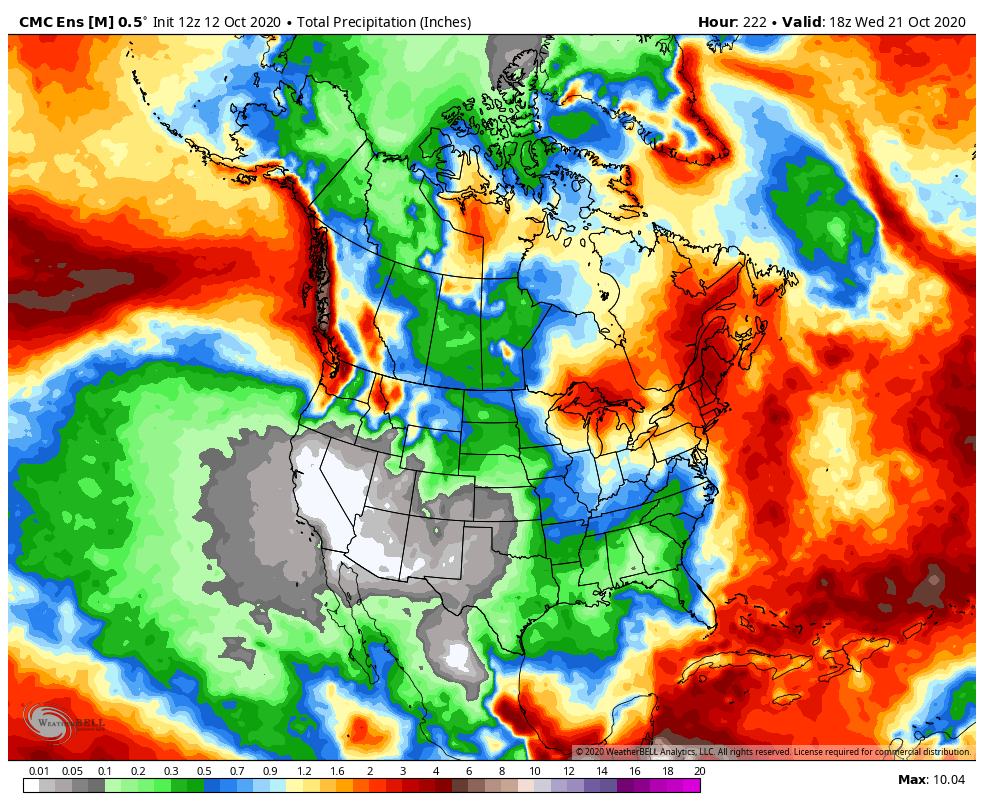 ...and the 10-day mountain forecasts are very boring for now. 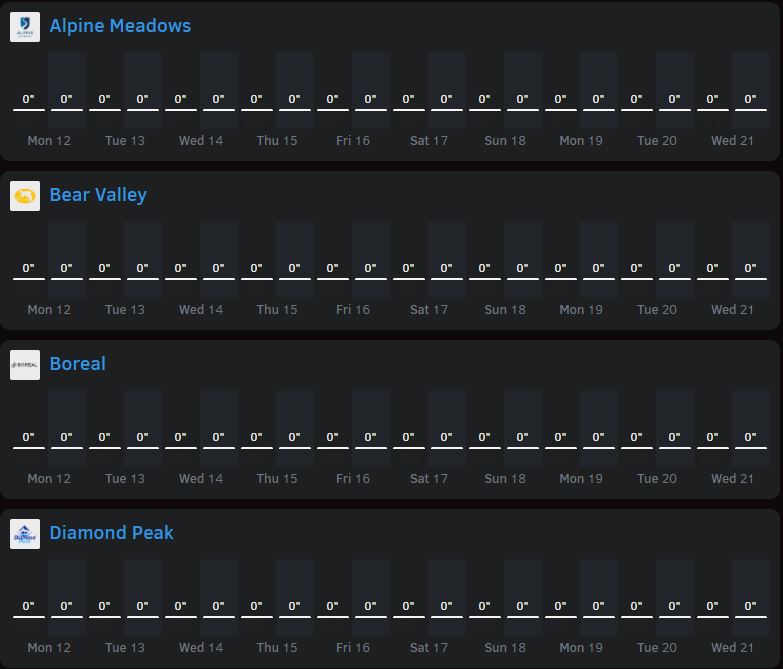 This is frustrating if you were hoping for an early start to the storms this season, especially after a late start last season and an early end to the season due to the virus. I'm with you...

Luckily we are super busy here at OpenSnow building out lots of new All-Access features, including lots of new forecast maps, for the upcoming season! Consider joining us and letting us work directly for you to try and build you the best snow forecasting site on earth!

The long-range models show storm activity picking back up into the Pacific NW the last week of the month. We are still being shown on the southern edge with only light precip if any. We will keep a close eye on it and let you know as soon as a storm is on the horizon.

Some have asked about what a dry October could mean for the upcoming winter season. It is still VERY early with October being only the 1st month of the new water year. We are only 11 days into October. I usually don't even start to analog with dry seasons until we see both a dry October and November. The models can change fast and we could still see storms before the end of the month. 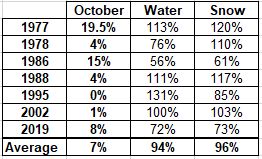 You can see that 4 of 7 seasons with a dry October ended up above average for precipitation and snowfall. So there really isn't any correlation between a dry October and the rest of the season. Here is a look at a graph of the 10 Octobers that saw "0" of snow and what they saw for snowfall the rest of the season. The snow doesn't really start falling in earnest most seasons until December. 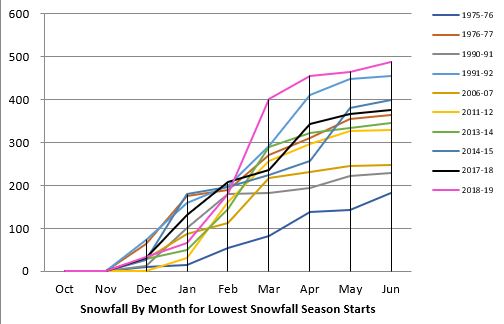 Here is how those seasons broke out by month, with most of the snow falling Dec - Feb. 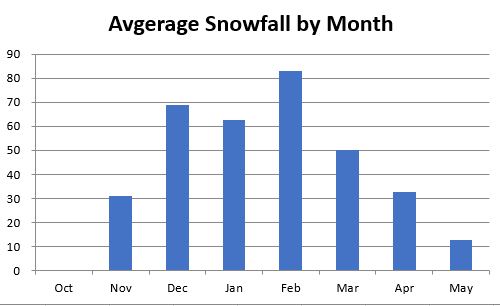 What's interesting is that the seasons that start late tend to end earlier. March on average across all seasons tends to see snowfall closer to that of February. 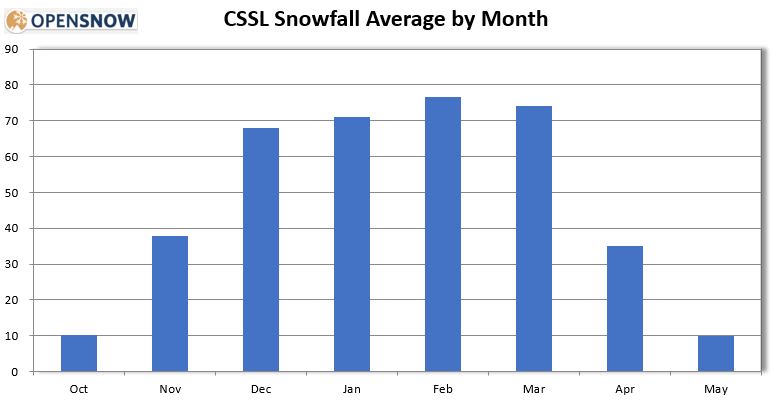 As we head towards the Winter season we continue to watch the sea surface temperatures. There is a lot of cold water along the equator, consistent with moderate La Nina conditions. 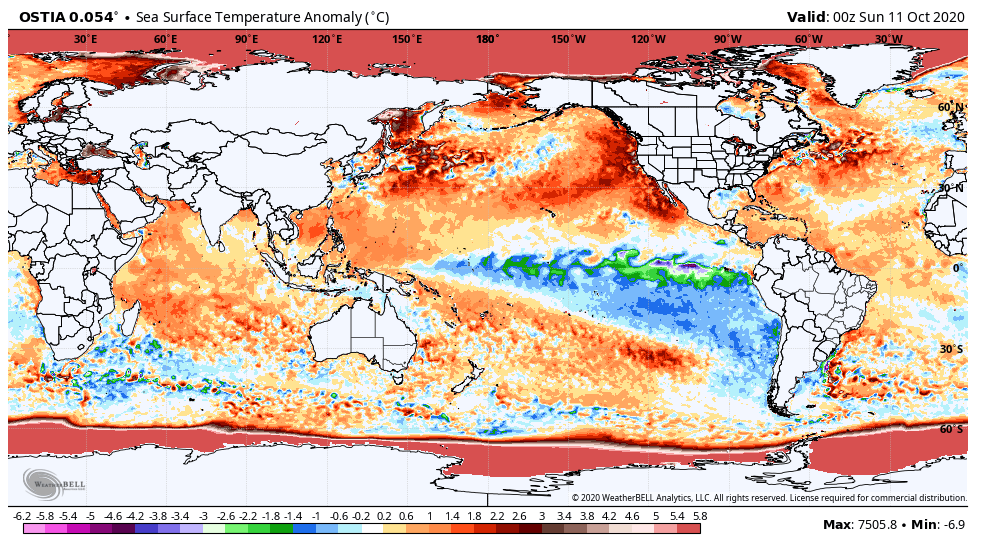 NOAA has a forecast now for a moderate La Nina this season, with some models peaking near a strong La Nina around January. That favors a wetter Pacific NW into northern CA historically, with below-average precipitation south of Tahoe. 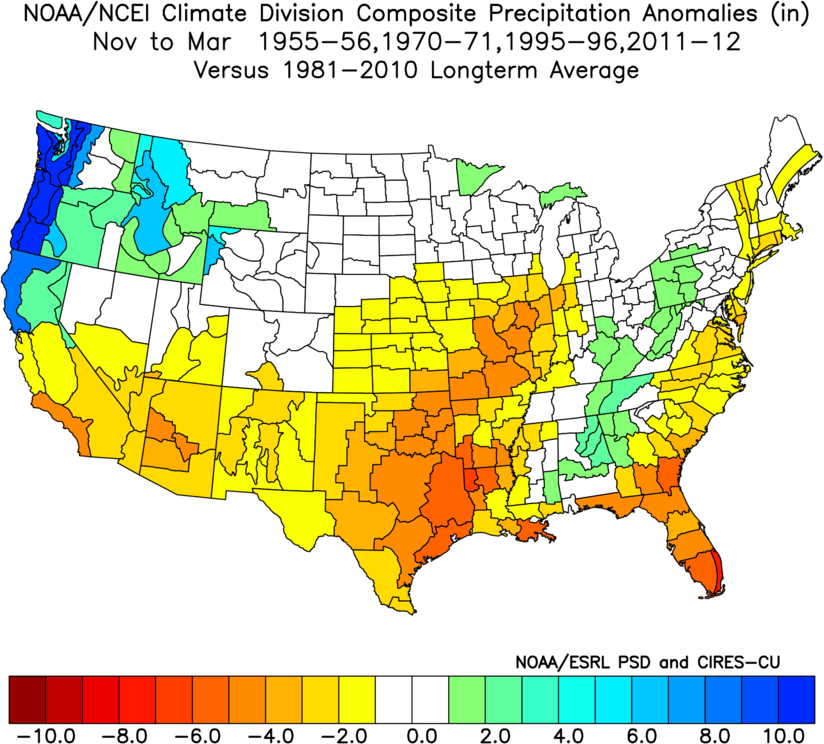 That is similar to what the European model is forecasting for this upcoming winter season. 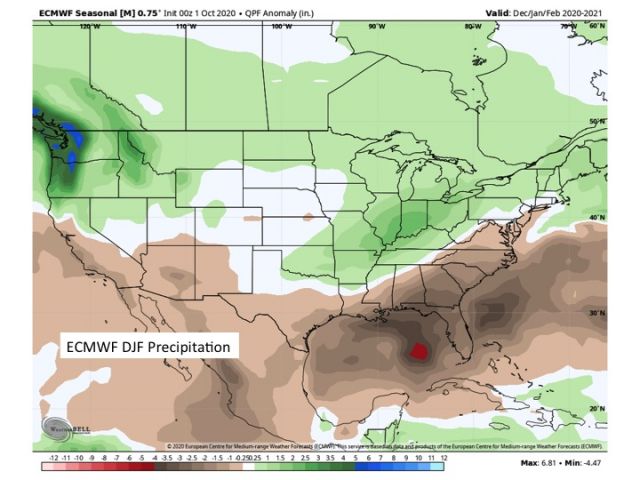 So don't fret, there is still a whole winter season ahead, even if we have a dry October. Of course, there are a lot of other teleconnections and patterns that could affect the storm track this winter. Some of that tied to the SSTs over the rest of the ocean north of the equator. Some of them are short-term patterns that can only be forecast out a week or two. that is why seasonal forecasts are so unreliable.

We will continue to watch the patterns develop as we head through the fall. I'll post another outlook on what I think could happen this winter around the end of October. In the meantime, lots of work to do on new powder tracking features! I may have another surprise for you as well.