Ghost of Seasons Past... 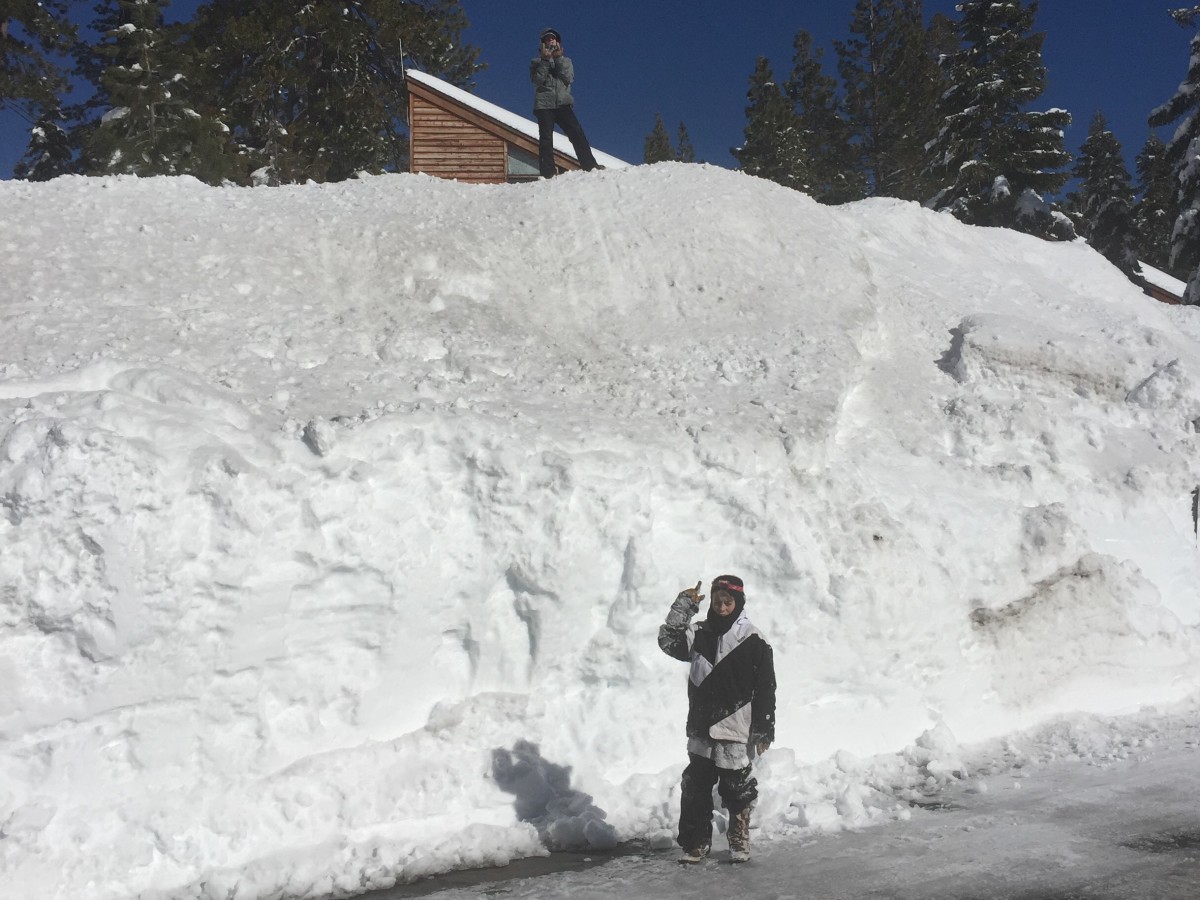 Tuesday into Wednesday storms just to our north bring in some clouds, gusty winds, and possibly a shower or two. Then mostly sunny and mild Thursday into the weekend. Dry with slightly colder air possible for next week. A pattern change begins around the 20th.

We will see some clouds and gusty winds Tuesday into Wednesday, and the chance for a few rain showers, especially west of Lake Tahoe along the Sierra crest. Highs lower into the 30s for the upper mountains and 40s at lake level. Snow levels above 8000 ft., then rising to around 9000 ft. Tuesday night into Wednesday.

The moisture from the AR to the north looks impressive on our radar...

...but little if any precip reaches the Tahoe Basin but we may see rain showers off and on along the crest through Wednesday, especially NW of the lake. 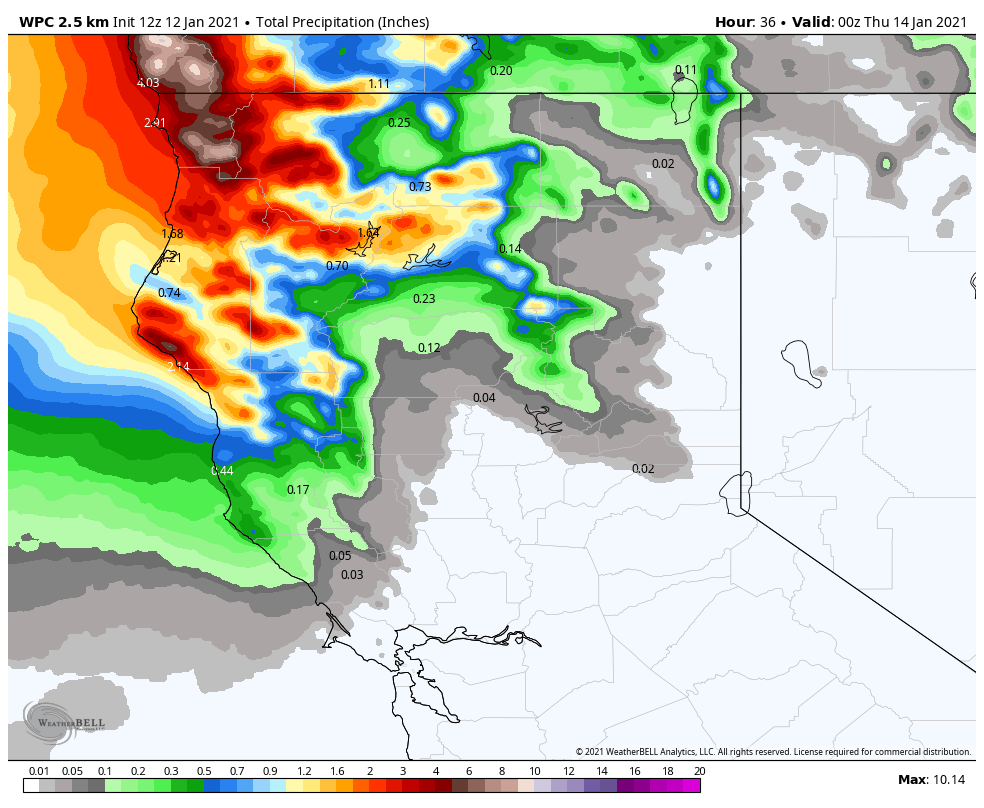 Winds from the southwest with ridgetop winds gusting to 70+ mph into Wednesday morning, then starting to drop off Wednesday afternoon as the system begins to clear.

Thursday Into the Weekend:

High pressure builds in over the West Coast and amplifies northward by the end of the week. 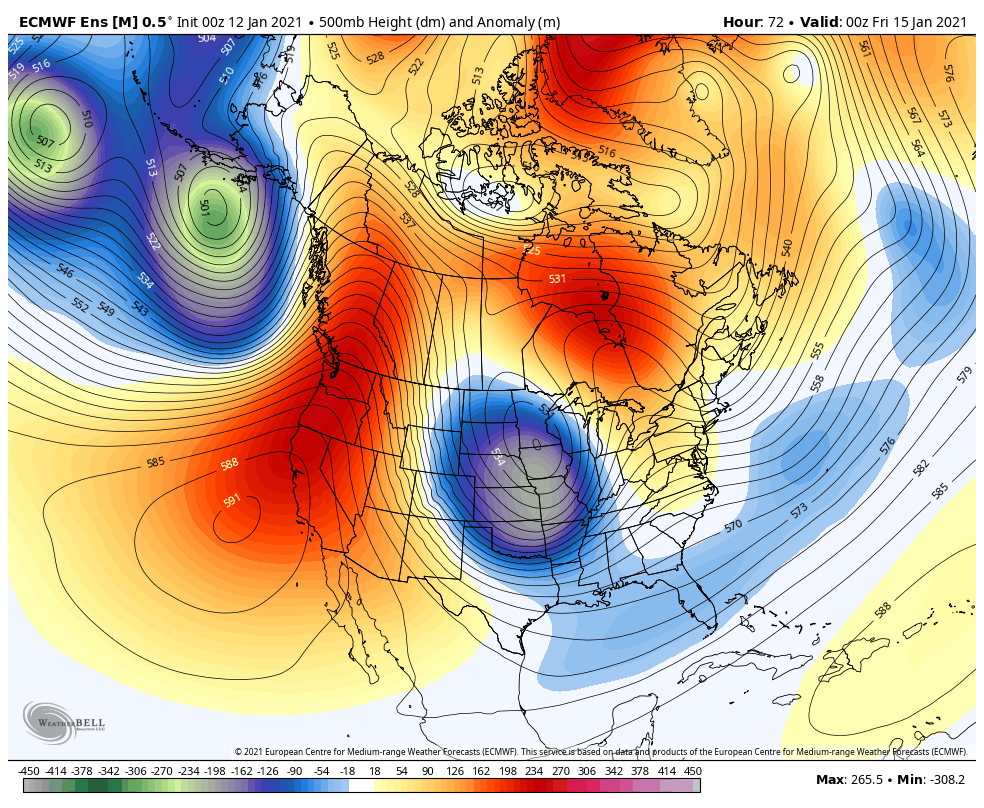 That will bump the storm track farther north into Canada with Washington on the southern edge. For CA we have sunny skies and warmer temperatures with highs into the 50s for Thursday and Friday. The models still show some breezy southwest winds Thu - Fri with ridgetop gusts up to 40+ mph.

The ridge starts to slowly shift west over the coast this weekend with temperatures cooling a few degrees but still in the 50s at lake level and 40s for the upper elevations.

The retrogression of the ridge continues next week. Early in the week, it is forecast to shift just off the coast which may cool temperatures a few more degrees with highs possibly dropping into the 40s. We should stay dry through the 19th 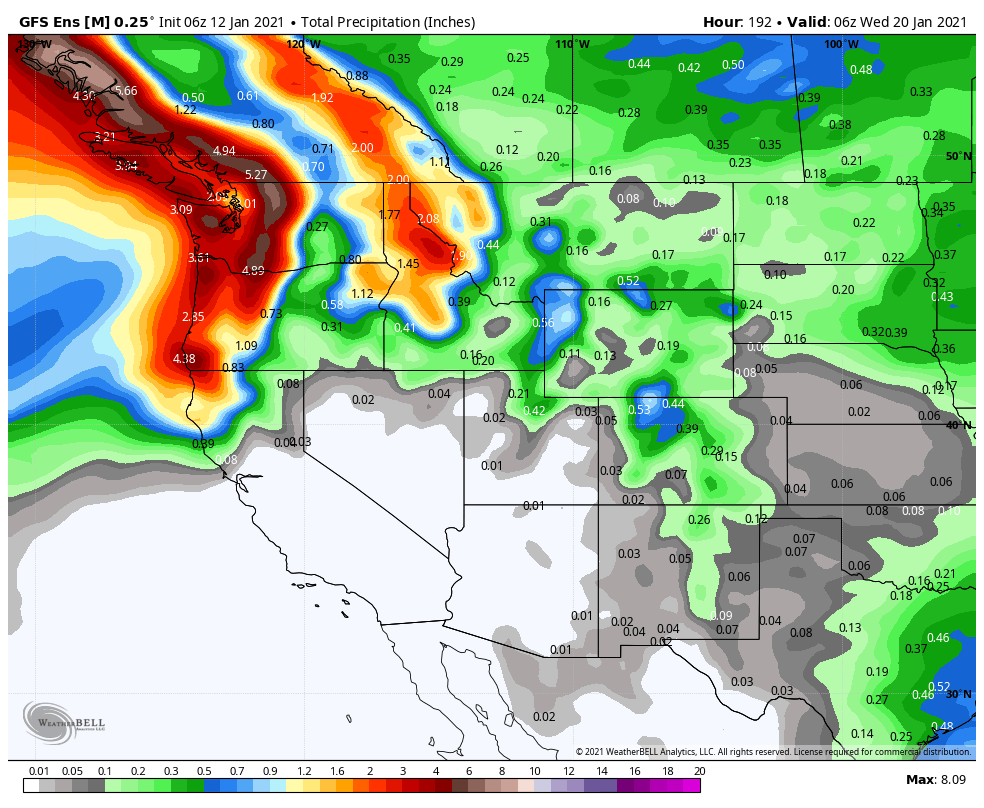 The retrogression of the mean ridge farther out into the Pacific is forecast to continue to the south of the Aleutians for the last week of the month. 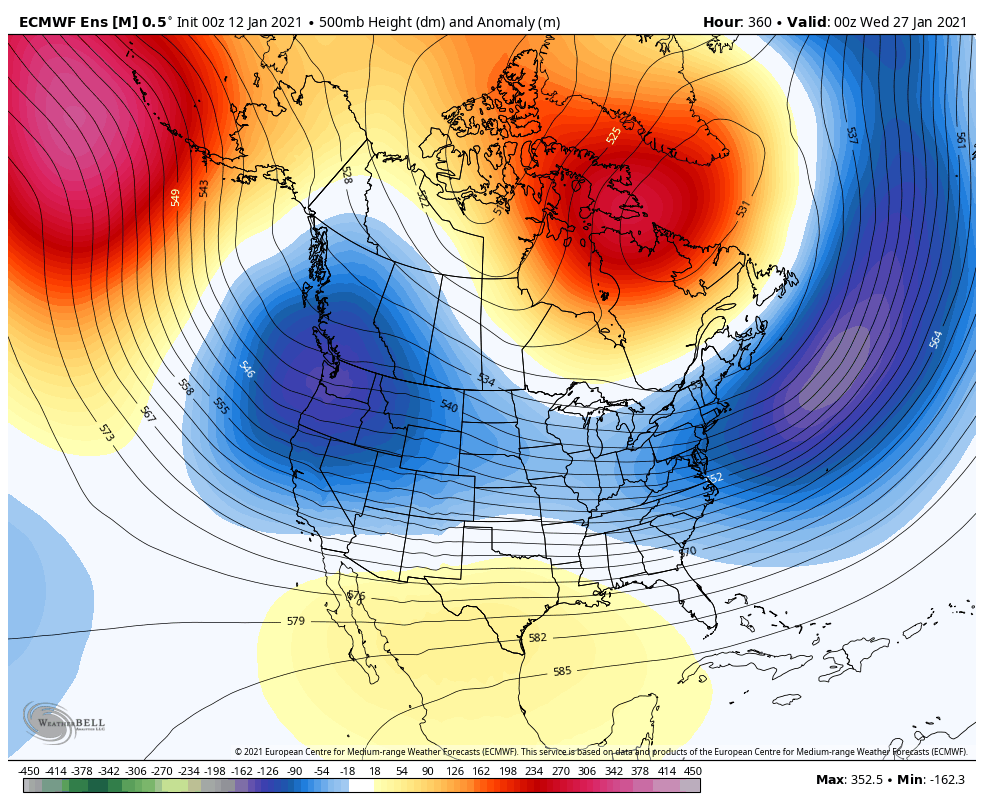 If the pattern forecast continues to hold, the storm door may open more after the 25th. We will have to see if some stronger systems can track into CA the last week of the month. Hopefully, with the shift in the pattern we see the storm track into northern CA, and not just to the north as we've seen most of the winter so far.

The long-range ensemble mean model runs show an increase in precip the last 10 days of the month. 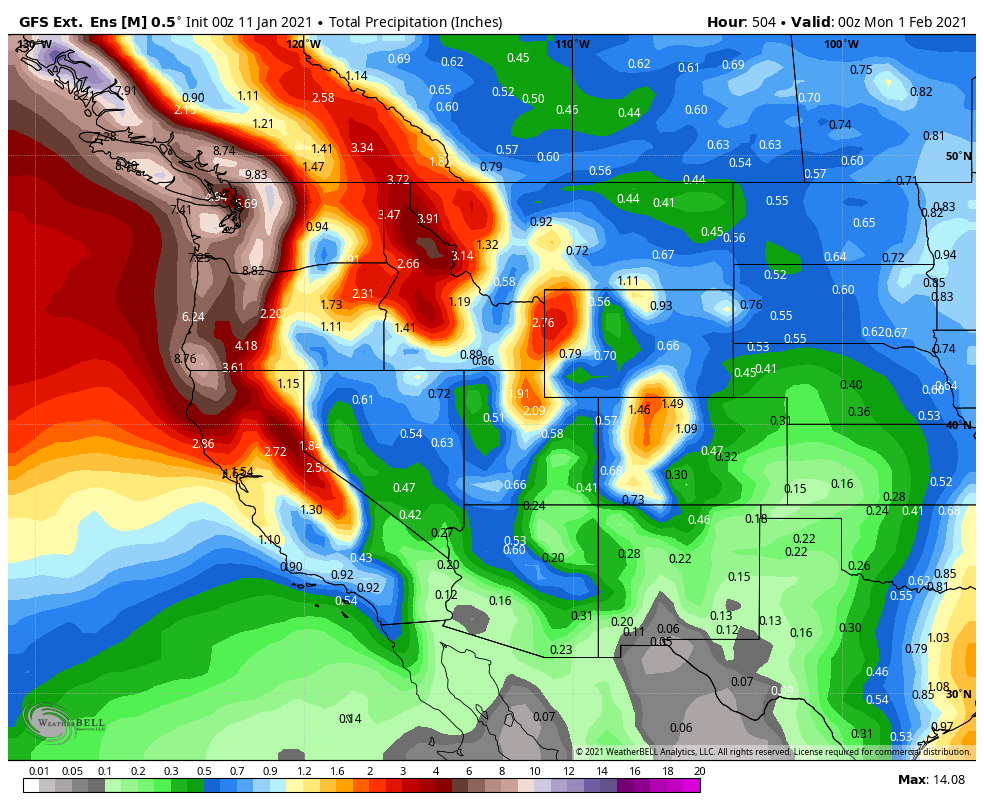 We get into a discussion on the Polar Vortex and how that may be involved in the long-range weather patterns on the latest episode of The Flakes Podcast that came out Monday.

The Ghost of Seasons Past:

While we wait for the snow to return, I asked people to send in photos of weather in Januaries past or snow in seasons past to remind us of what it looked like. Maybe to show those new to Tahoe what kind of snow we can get as well. Enjoy!

Melissa sent in a photo at Squaw Valley from Jan-14 during one of the lowest snowfall seasons on record. 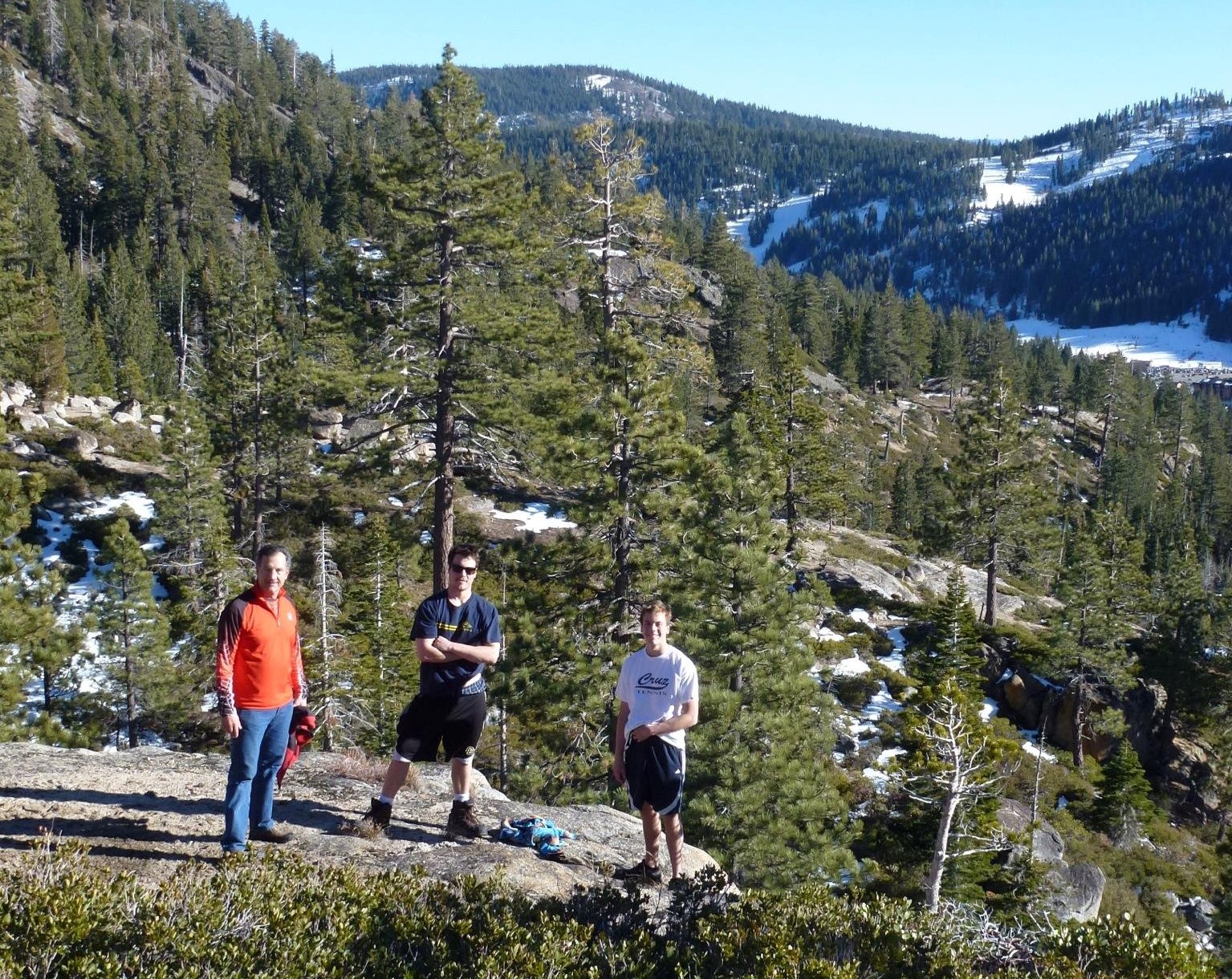 She also sent in a photo at Squaw Valley from Jan-17 during one of the snowiest seasons on record. 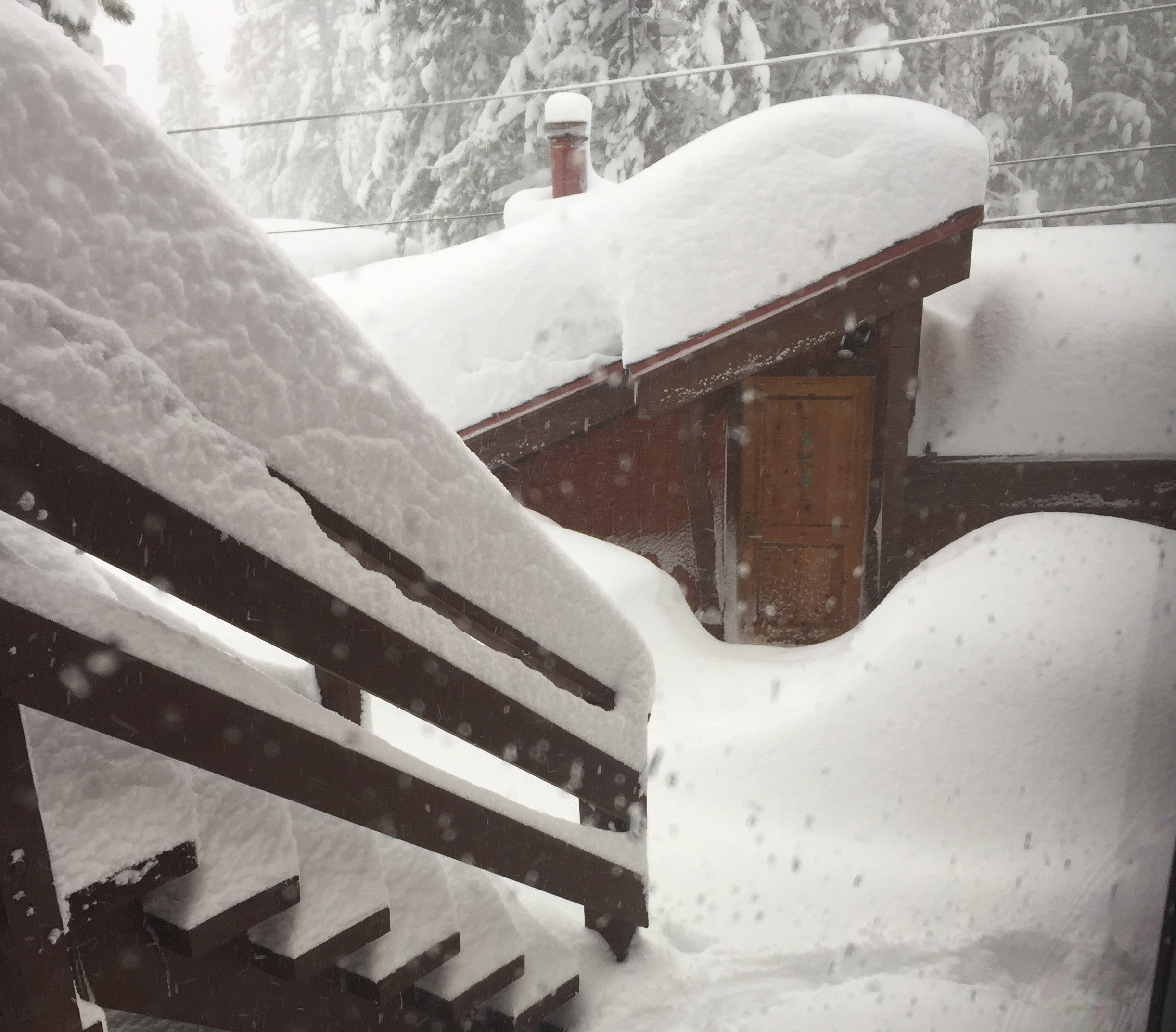 Jen sent in this photo from a powder day at Sierra at Tahoe during Jan-16. 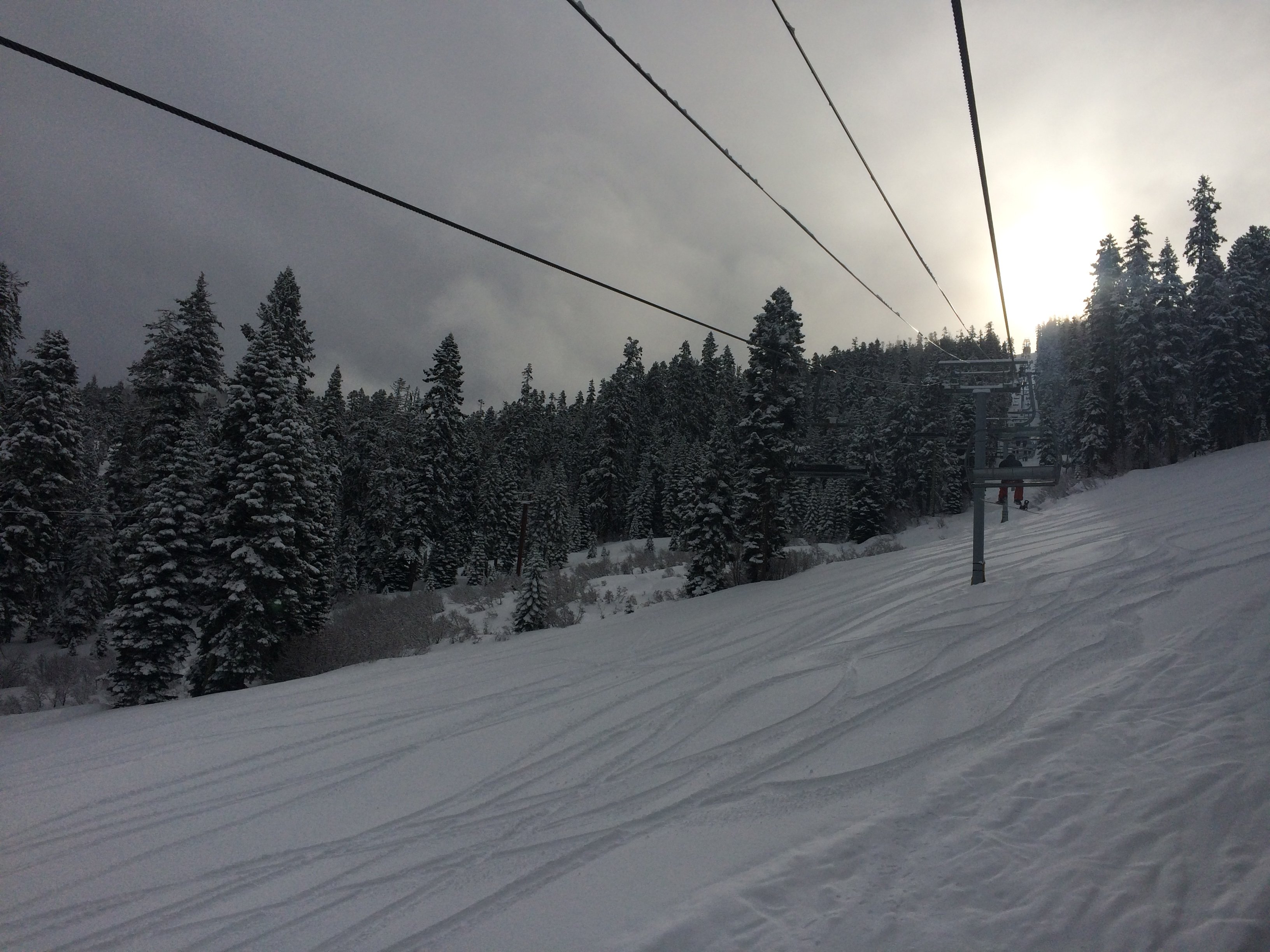 January 2017 was a memorable January so we have a lot of photos from that month. Here is a photo from Joshua of him digging out his car in South Lake Tahoe during Jan-17. 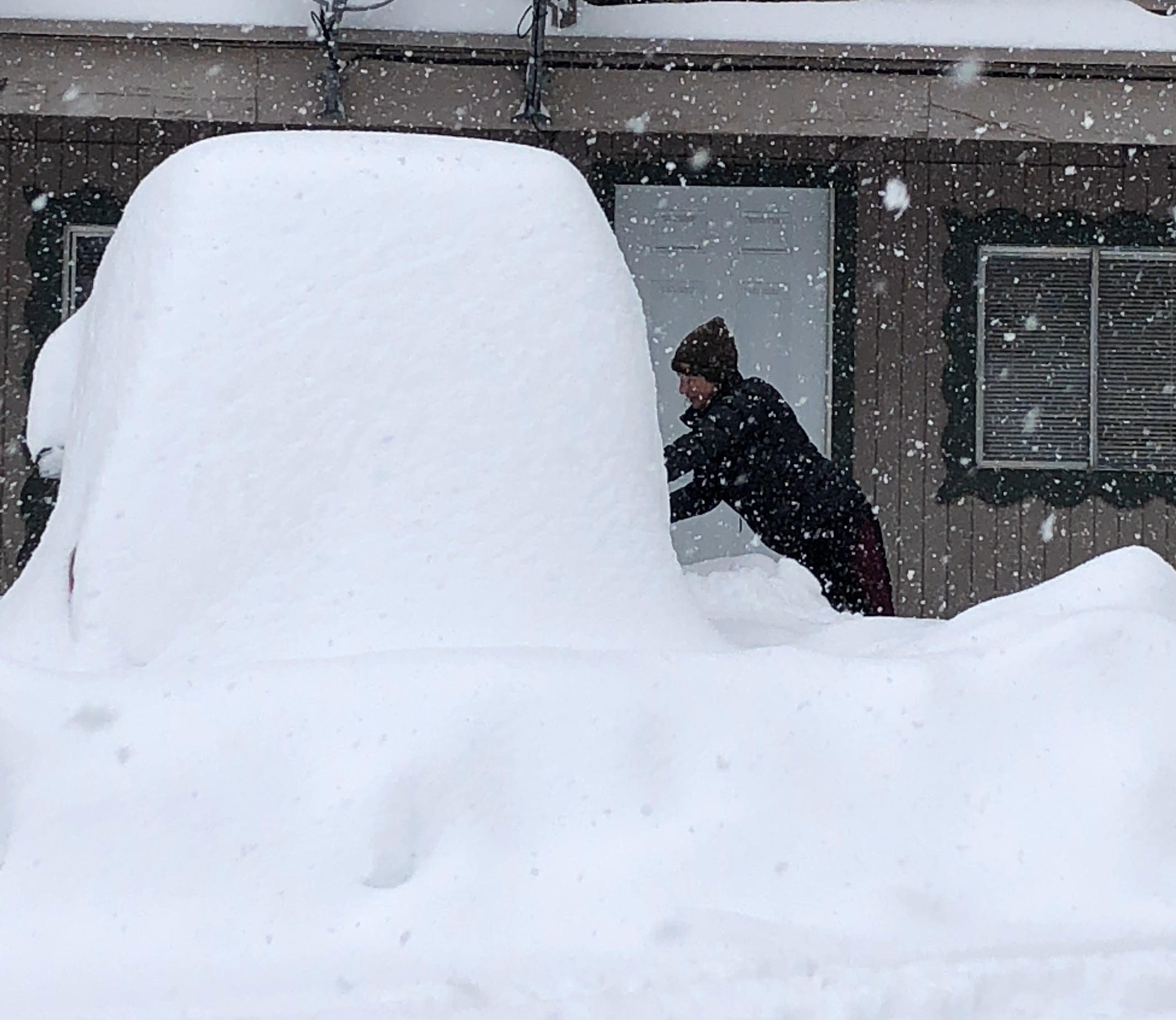 Rachel sent in this photo of her son doing a 360 off of a jump they built in their driveway in Carnelian Bay during Jan-17. 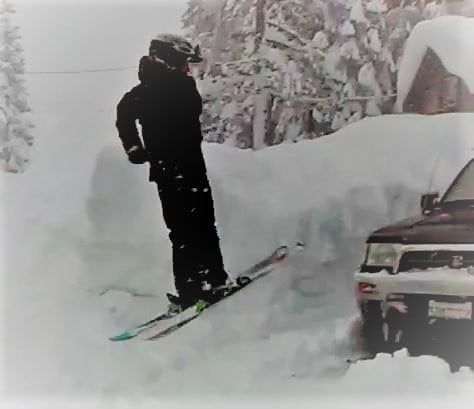 Ted sent in this photo of his house in Incline Village disappearing under the snow during Jan-17. 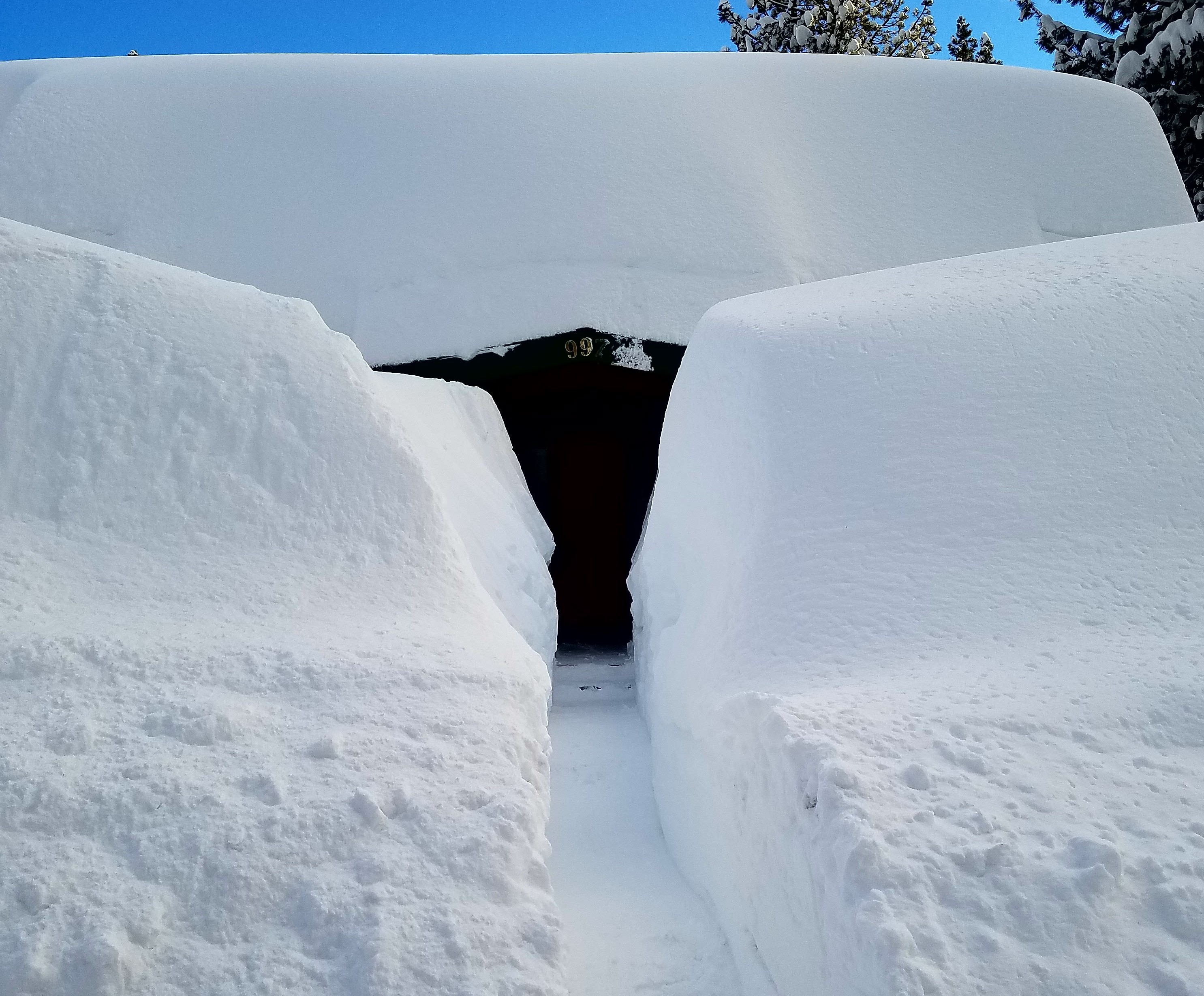 Michelle sent in this photo take at Juniper Mountain during Jan-17. 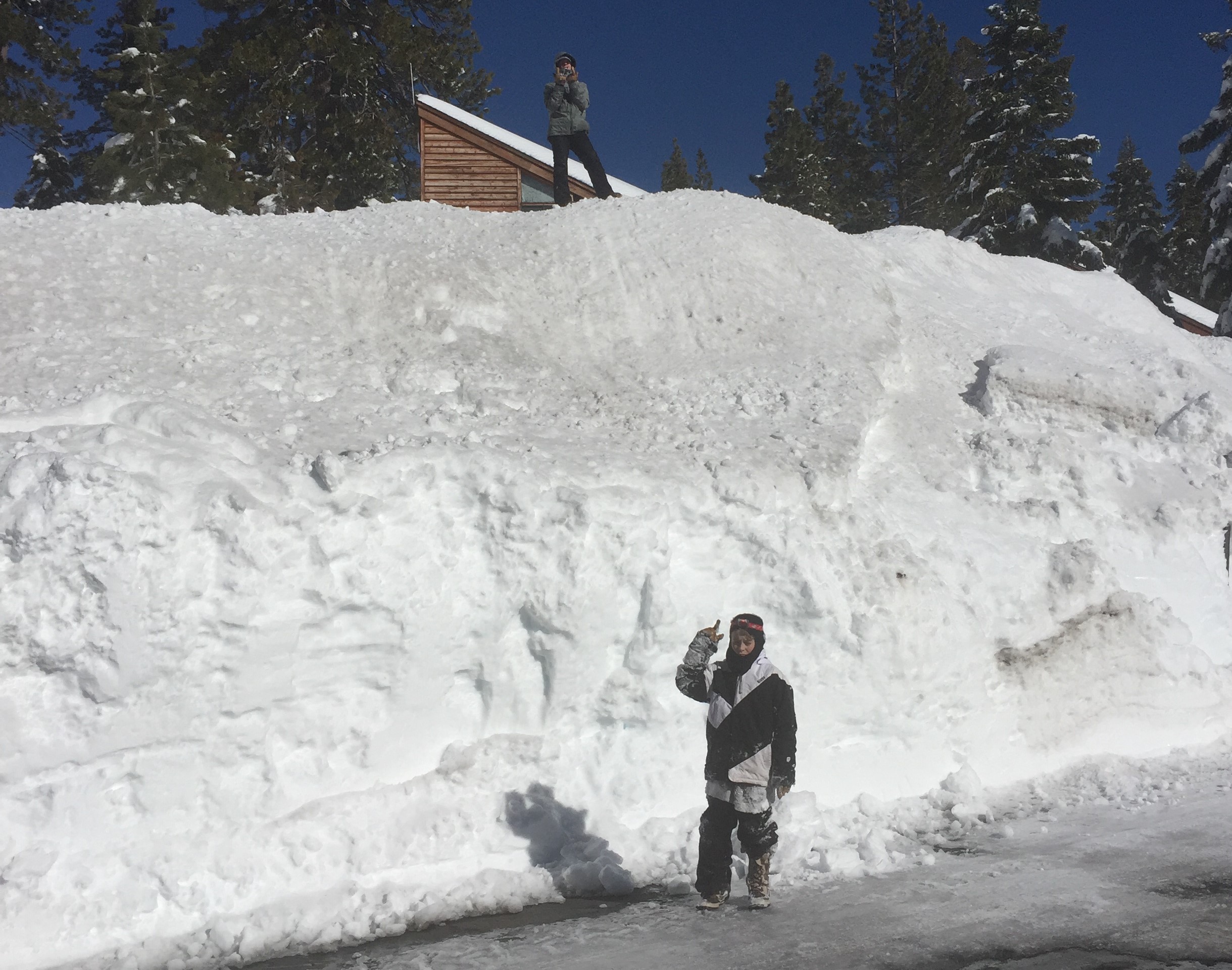 Another Joshua sent in this dreamy photo from Jan-17. 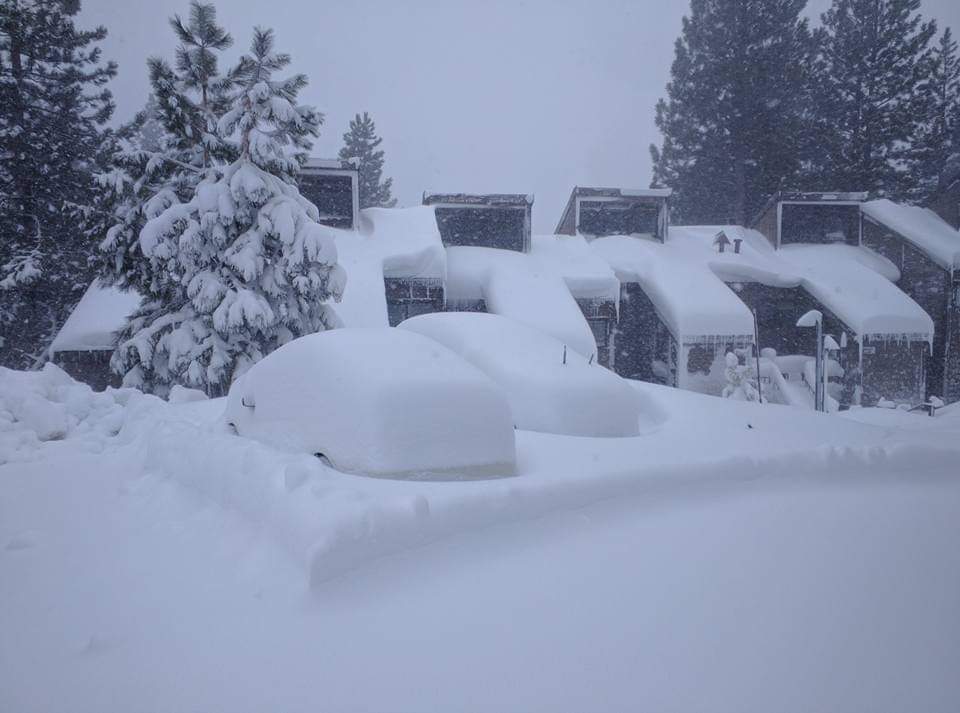 The snow continued during the 2017 season. Bruce sent in this photo taken at Alpine Meadows during Feb-17. 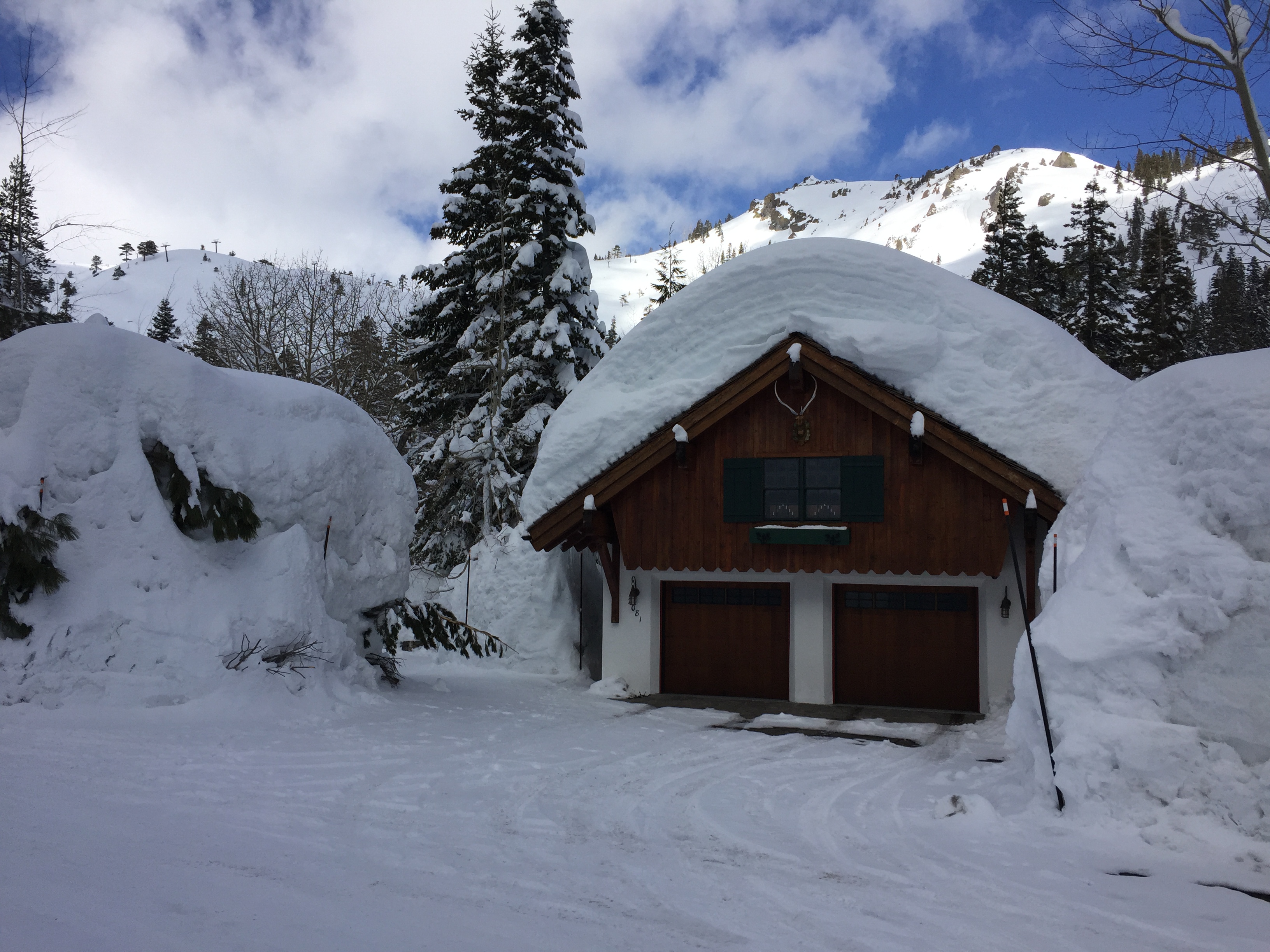 February 2019 was a record-breaking February with lots of cold storms. Brian sent in this photo of the lake from Feb-19. 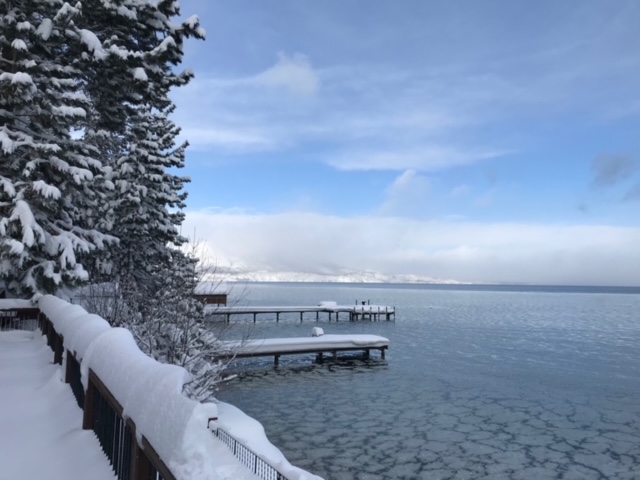 Diane sent in this photo of her house after she had to dig down to find the front door at Bear Valley in Feb-19. 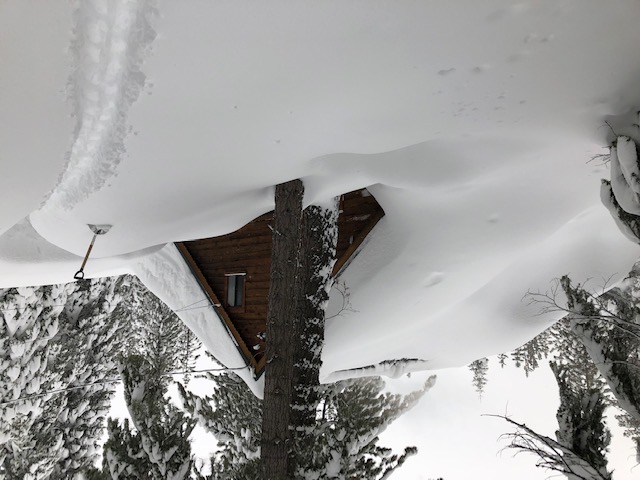 The snowfall continued to bury us into March of 2019. Ronald sent in this photo of his truck being dug out in Graeagle during Mar-19. 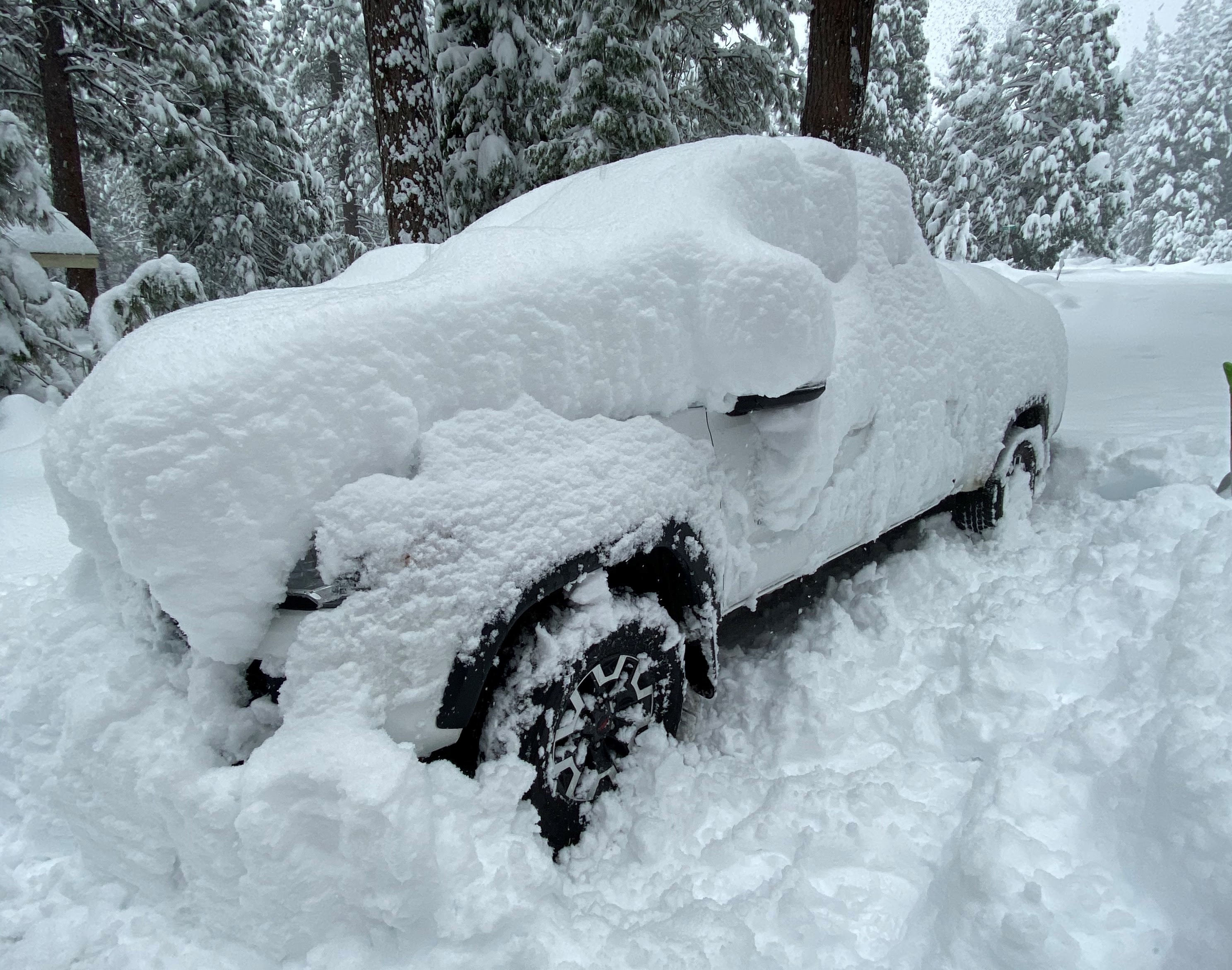 And of course, someone had to remind us that the snow finally started falling during March of 2020 after the pandemic closed the ski resorts. "Snowbon" sent in this photo of a roll of toilet paper carved out of snow on the deck during Mar-2020. 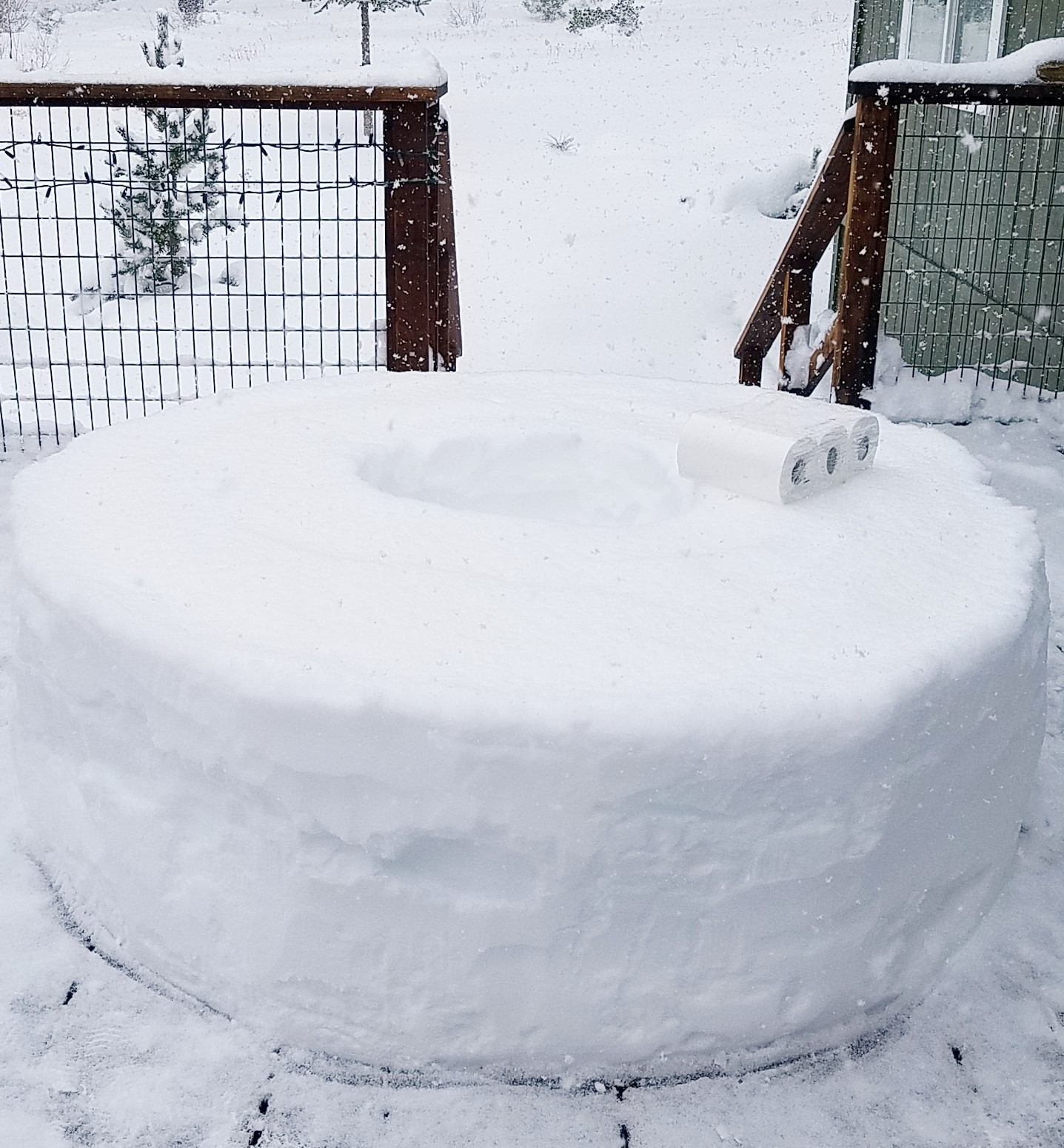 I will be traveling tomorrow so the next post will be Thursday. Hopefully by then the models are showing storms in the long-range.

P.S. If you want the Tahoe Daily Snow emailed to you when it comes out each day, please sign up!

The dry spell will give you plenty of time to listen to episodes of The Flakes Podcast. On this week's show, we talk about the snowfall reports for each ski region, where we stand for snowfall and what history has shown, the Polar Vortex & its effect on our weather, and how snow could bring back the happy vibe.

Listen below via Spotify or wherever you get your podcasts.