Gusty Winds with A Shower Possible...

Some clouds, gusty winds, and some scattered showers for Thursday afternoon into Friday. Then cooler but dry for the weekend and through next week. No signs yet of any systems on the way with significant precipitation.

We are changing the script from weekly summer forecasts that mostly focused on fires and smoke as of recently, to forecasts looking at possible storms, winds, & temperatures shifts as we head into fall.

The good news is that the fire crews have gotten much more containment on the nearby fires and the fires have been settling down. Most of the smoke now is concentrated just near and upstream of the fires. 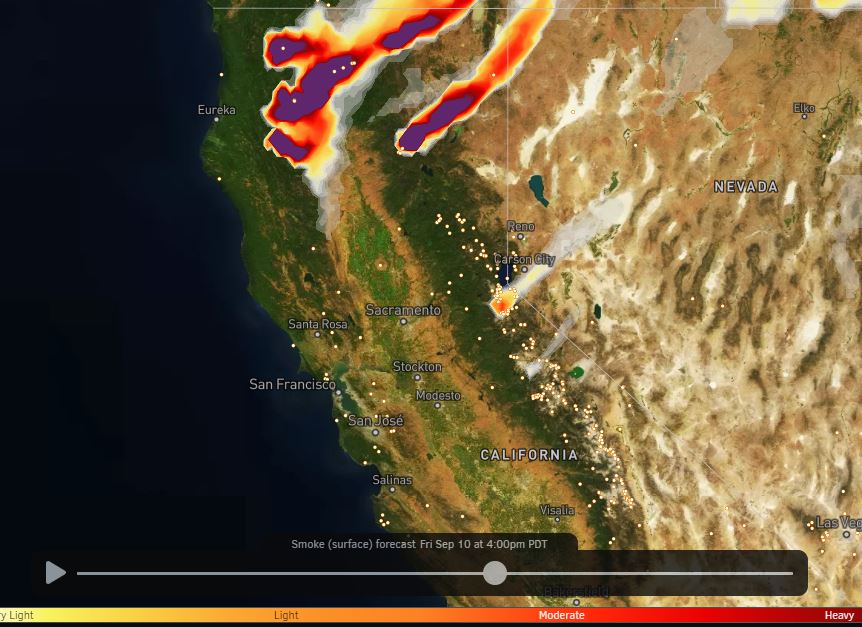 For north lake and areas away from the fires the air quality is now the best we have seen in a while. The bad news is that we are under a red flag warn as winds pick up Thursday afternoon into Friday ahead of and with a cold front and trough move through. 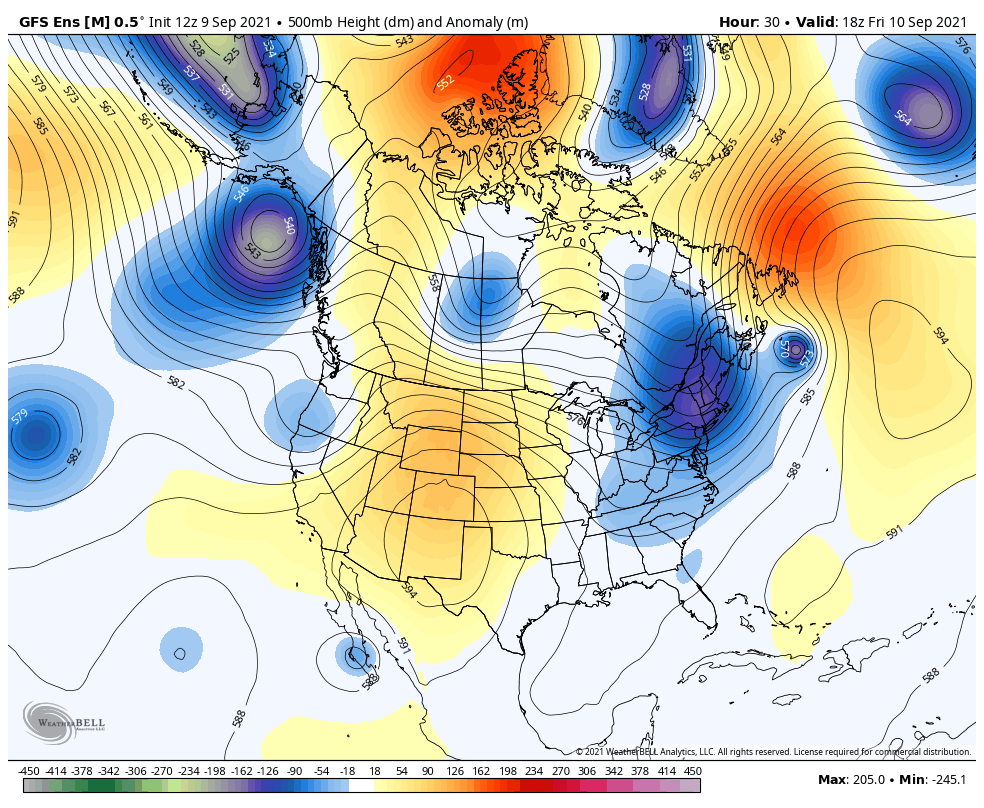 The dry conditions and winds mean any fires that do start can move quickly and the current fires could flare up some. Ridgetop winds will be gusting up to 40+ mph from the southwest Thursday afternoon, and then up to 70+ mph for Friday!

The total precipitation forecasts are unfortunately pretty meager with this system. 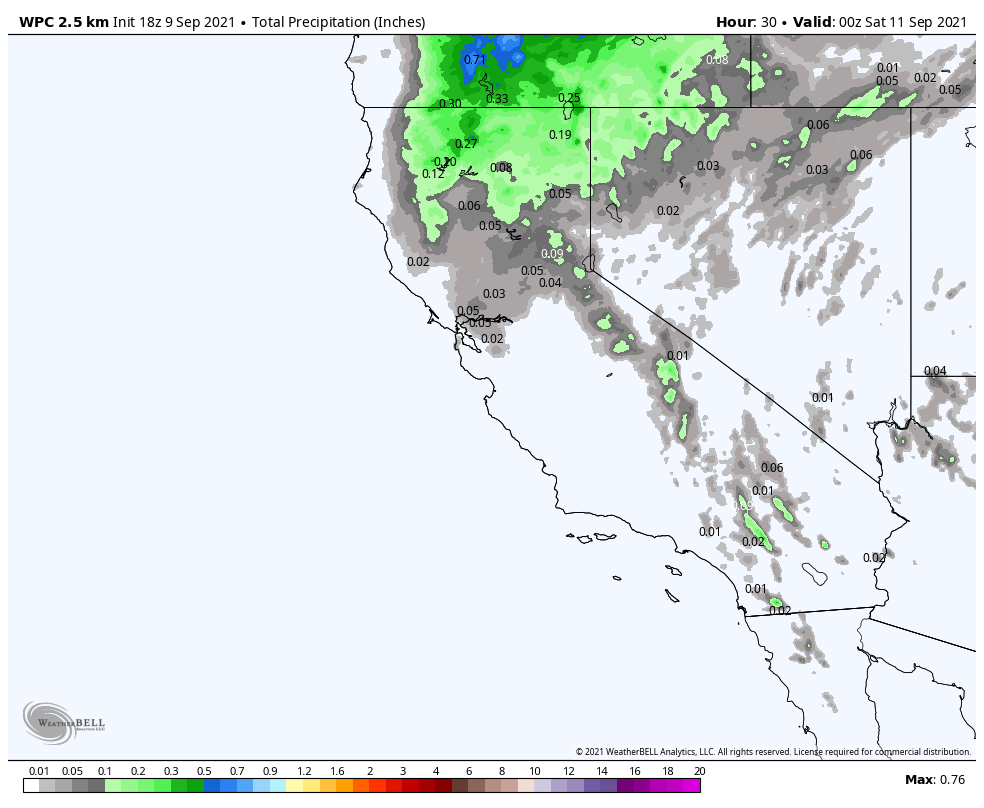 We could also see some dry lightning strikes in addition to the gusty winds. That means new fires could start and grow fast. Let's hope not because it is great finally having some cleaner air.

Behind Friday's cold front highs will only be in the 70s at lake level through the weekend and into next week. The 60s & 50s for the upper elevations as you go higher.

The pattern is expected to become more tranquil and dry with lighter winds through the period as high pressure builds back in over the region. 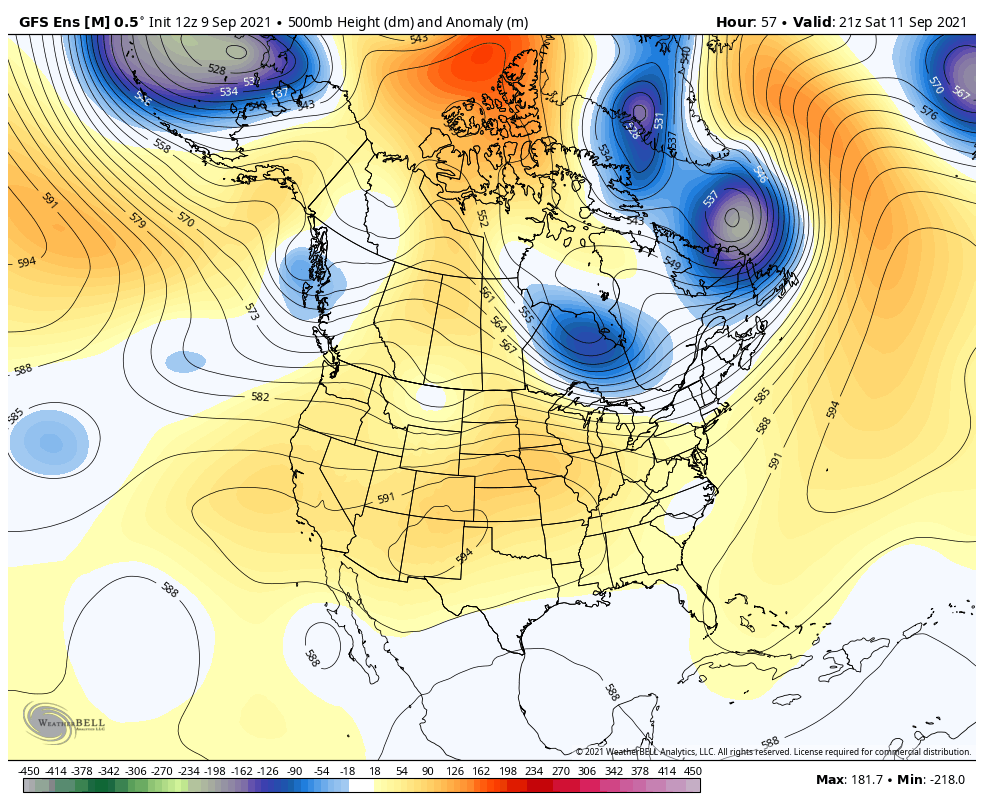 Now that we are into the fall season we will be watching the long-range closely for any signs of a storm that could bring us some much-needed precipitation or even the first snowfall! The long-range models suggest troughing over the West Coast by the weekend of the 18th into the following week. 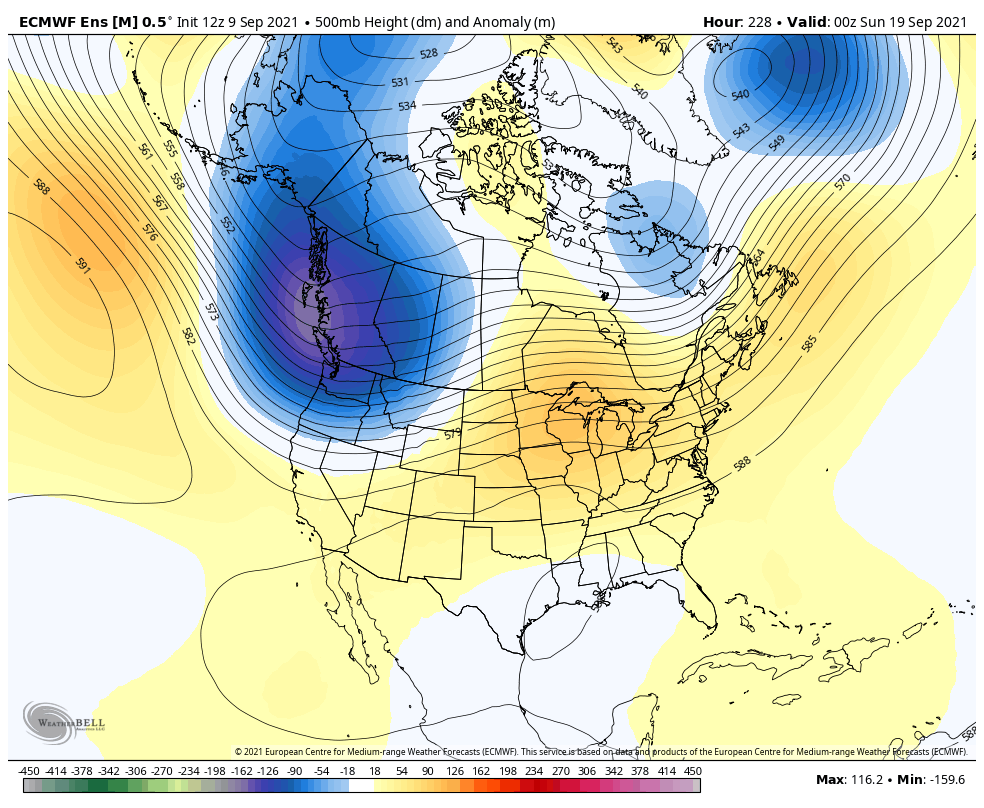 The European model above is deeper with the trough. Other models keep the trough farther north. Storms dive into and spin up in troughs so we will keep an eye on the long-range pattern. For now, it appears most storms stay to our north over the next 2 weeks.

Here is a look at the wetter European ensemble mean model through the next 2 weeks showing only light precip amounts this far south. But the storm season starts to ramp up in the Pacific NW. 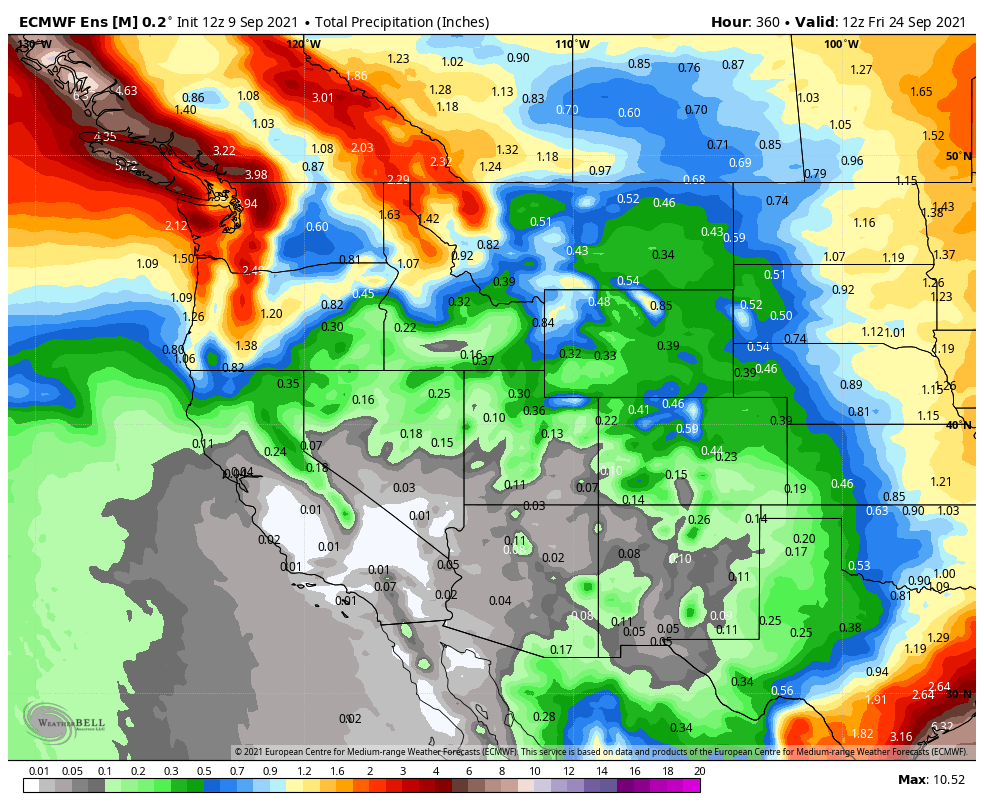 Here is a look a the snowfall forecast. The European model suggests a possible dusting on the peaks if we do see the tail end of any systems later in the month as the storms start to become colder. 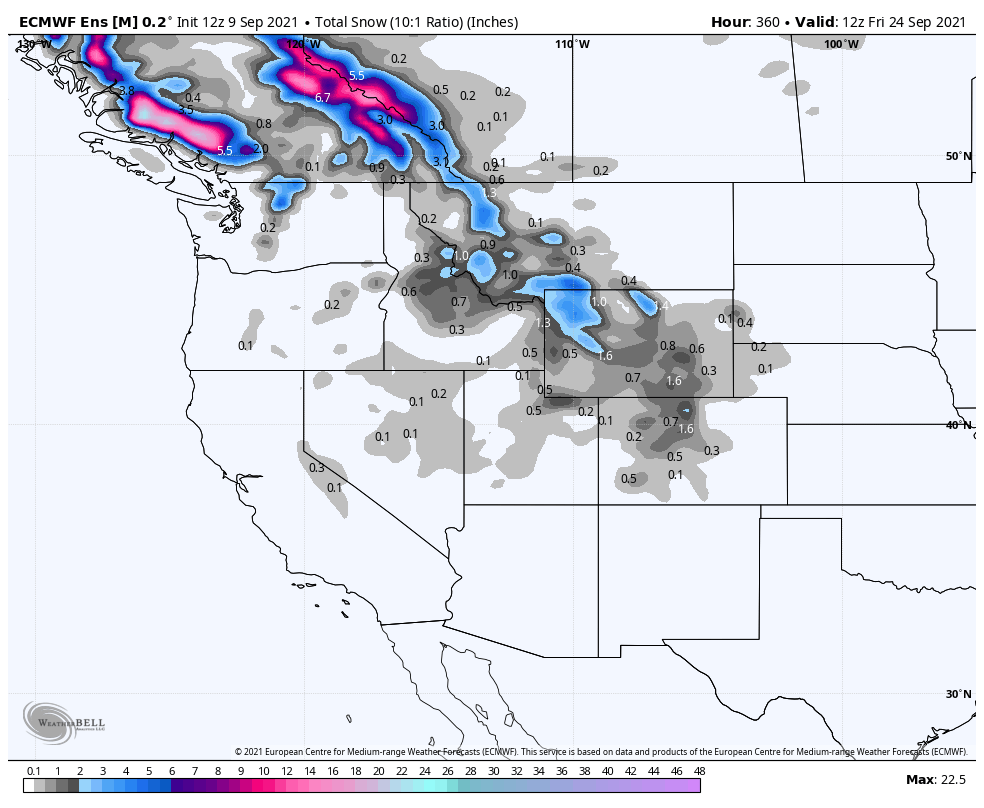 We will continue to watch the long-range and I'll be posting more frequently once we have a chance for any precip worth noting. Until then, the forecast looks fairly dry over the next 2 weeks outside the chance for light precip at the beginning and end of the forecast period.

We are still working through the data on the upcoming winter and I'll have more posts on that as we have more ideas to share.