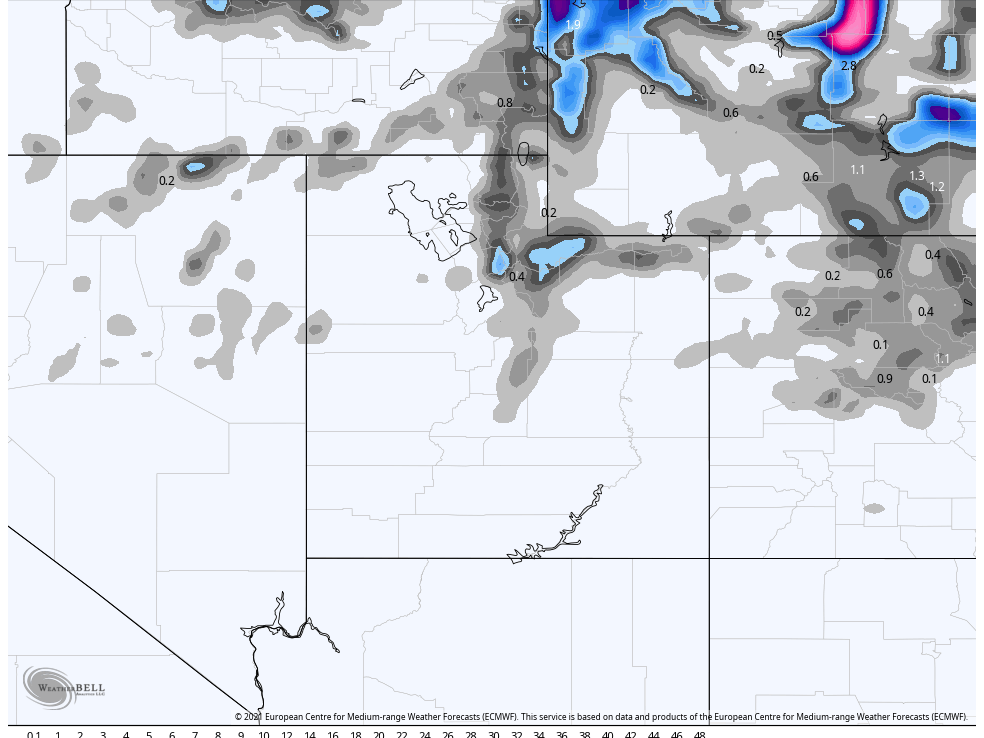 Generally warm and smoky conditions will continue this week. Next week, we should have a trough push in out of the northwest and bring cooler temperatures and a chance for light snow in the high elevations.

Last week we were pushing record temperatures and saw quite a bit of smoke. We were able to get a reprieve this past weekend as modestly cooler temps moved into the region. We also saw a subtle shift in wind direction that pushed smoke to our north for a few days. It was almost shocking to see my surroundings so crisply after a summer of almost constant haze.

However, we have seen a return of smoke as of today. Looking at the HRRR smoke forecast map (available to all-access members), I can see that in general, we should have at least some smoke hanging around for a few days. It shouldn't be as smoky as it was last week, but likely enough for moderate AQI and hazy looking skies. As I've said previously, the prevailing winds are out of the west and to our west is California which has many active fires. While wildfire activity is difficult to predict, chances are we won't see these fires put out until Cali can get some decent widespread rain -- which often doesn't come until late October or November. A few more weeks, at least, of intermittent smoke here in Utah seems like a good bet.

The big news in the models over the last few days has been to pick up on a cool, fall-like trough that will move into the region early next week. The GFS has been showing this for some time and the Euro looks like it's starting to hop on board. Until this trough arrives on Monday, we should see warm temps continue into this weekend. We won't be near record territory, but we should be about 5 degrees or so above average with mid to upper 80s in the lower valleys and 70s in the mountains.

The trough will usher in much colder air. Here we can see this early next week in the GEFS mean surface temps: 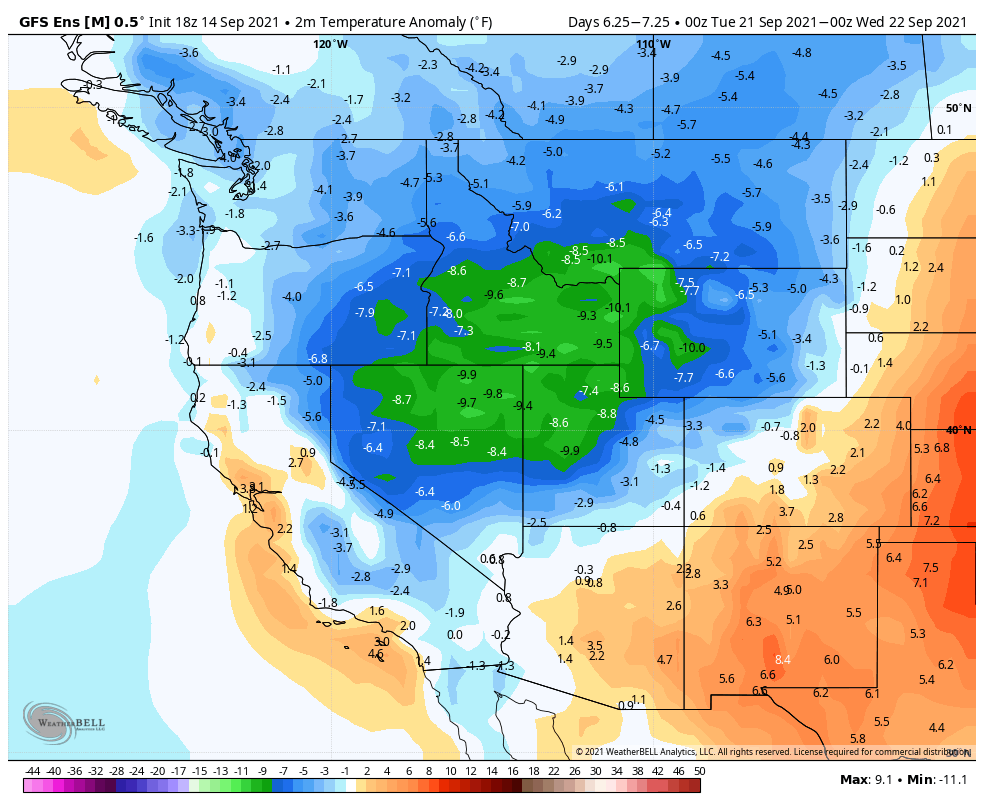 We haven't had too many periods of below normal temps lately, so this will be a welcome change.

As for precipitation, both major models and most of their ensembles do show showers impacting Northern Utah on Monday. While amounts are expected to be light, when you add in the cooler air, it's probably not a surprise that some models have been showing some snow accumulation in the high elevations. Here is the latest (18z) GFS: 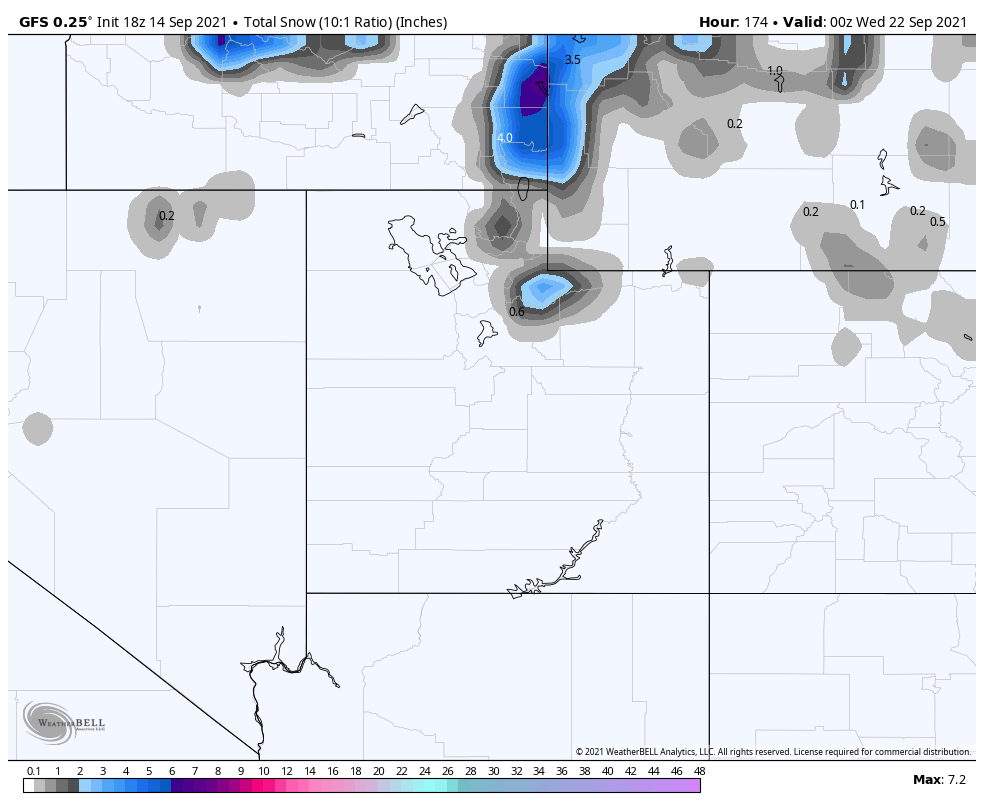 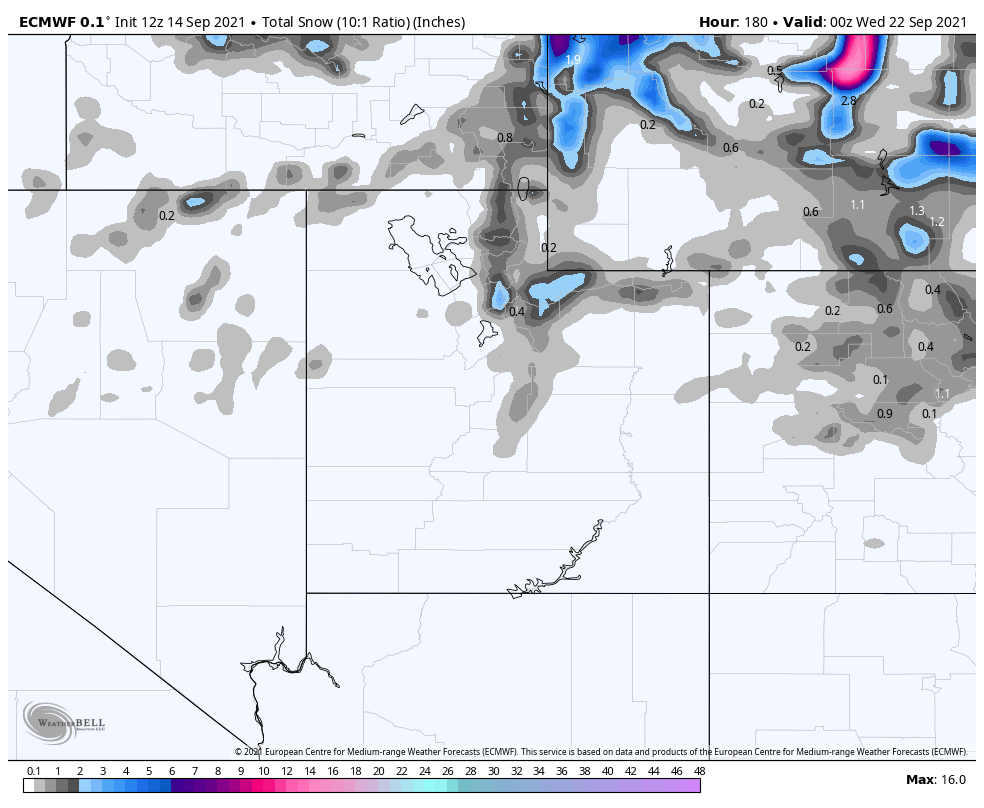 Not exactly impressive amounts, but we rarely see much more than a dusting in September. The main benefit will be cooler temps with highs likely dropping below 70F in the lower valleys of the Wasatch Front with 50s in the mountains. Hopefully we will also see smoke clear out for at least a few days as well.

I'll be trying to post at least once per week moving forward. I should have another post up this weekend as we get closer to this upcoming trough and the details will be clearer.