Good news for next week 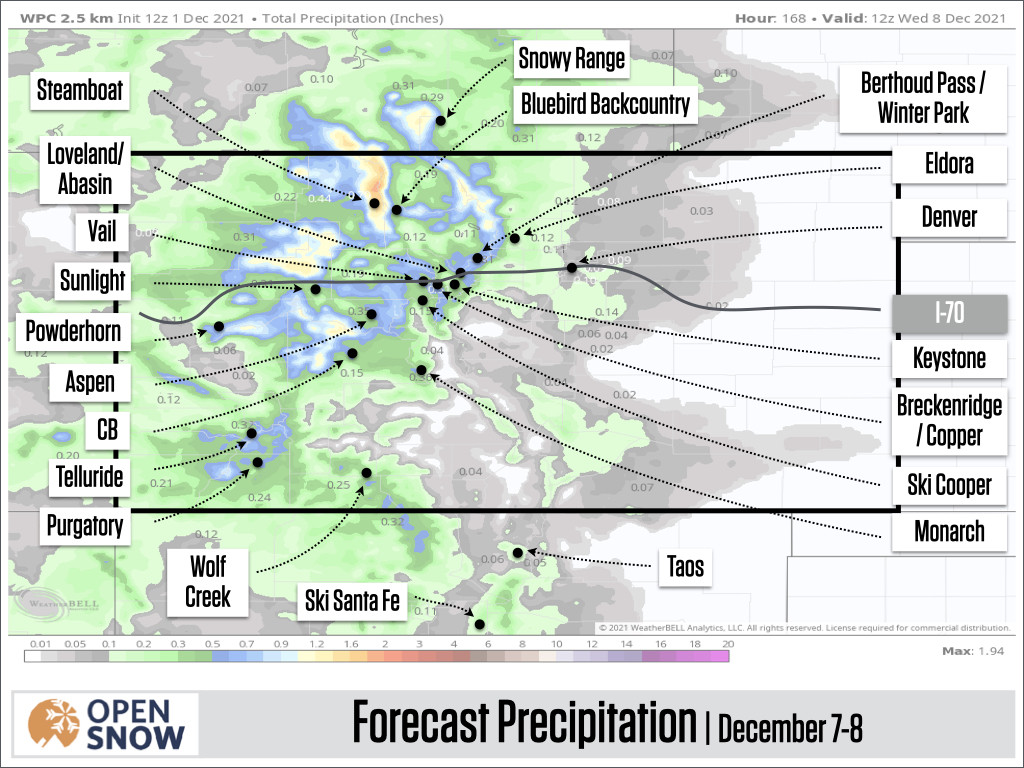 Wednesday through Monday will be mostly dry and warm, though on Sunday there will be a chance for a few flakes and slightly cooler temperatures. Our next chances for real snowfall will be around Tuesday, December 7, and Saturday, December 11. Both of these storms could bring significant snow.

This week's weather is just more of the same – mostly sunny skies, warm daytime highs in the 30s and 40s, and overnight lows that are marginally supportive of snowmaking conditions.

We're ending the month of November with a snowpack that's about 35-85% of average across the higher elevations. It feels dire. But have we seen low-snow years before?

Below are graphics showing weather data for the town of Steamboat Springs, which has weather history dating back 100+ years. This is my source for historical weather data.

Looking at total snowfall from October 1 to November 28 during the past 100 years, there is no strong trend. This year (on the far right) happens to be one of the lower years. 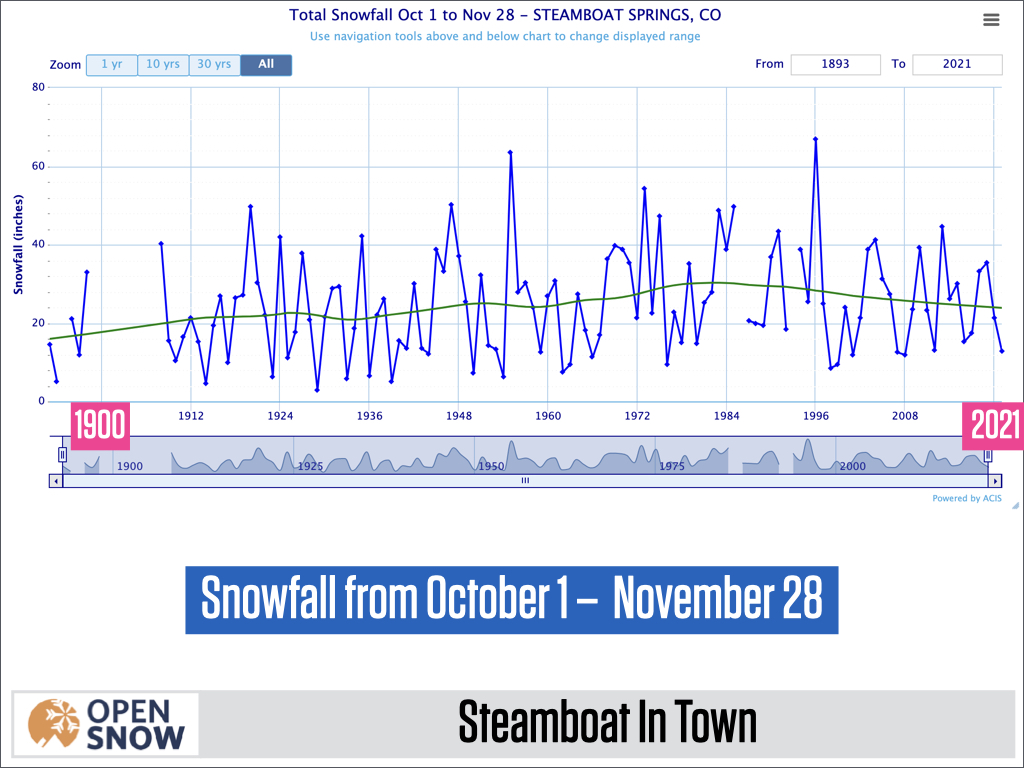 For high temperatures from October 1 to November 28 during the last 100+ years, there is also not a strong trend one way or the other. 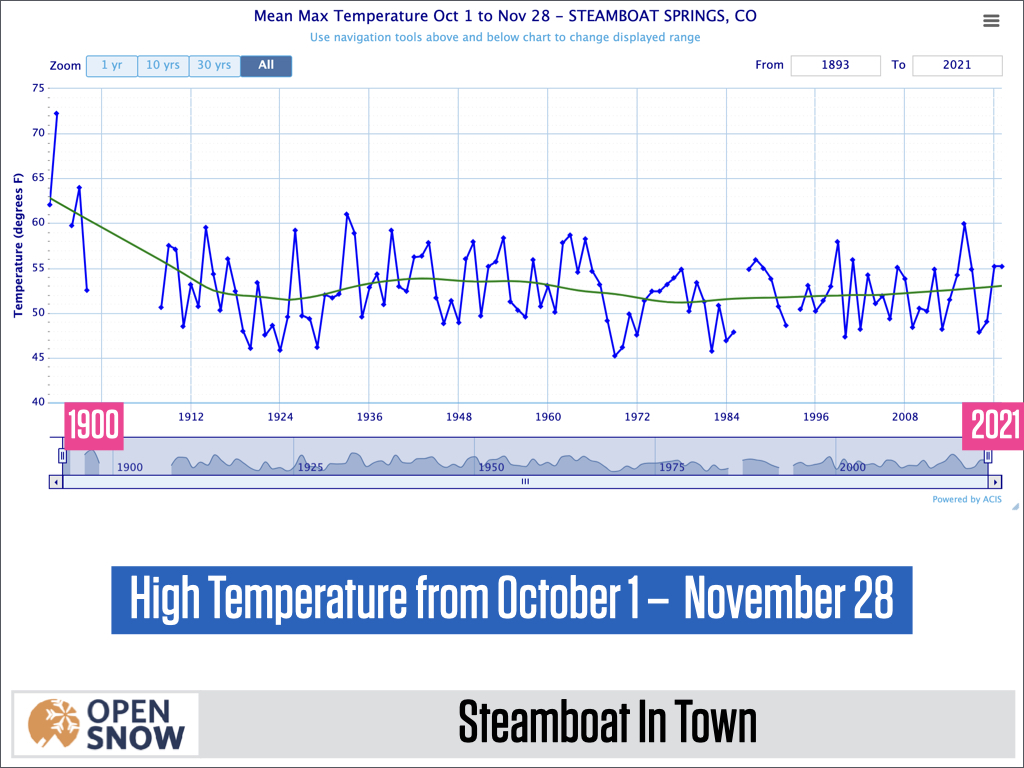 However, for low temperatures from October 1 to November 28 during the last 100+ years, there is a very strong upward trend of 5+°F with roughly half of this upward trend coming in the last 50 years. 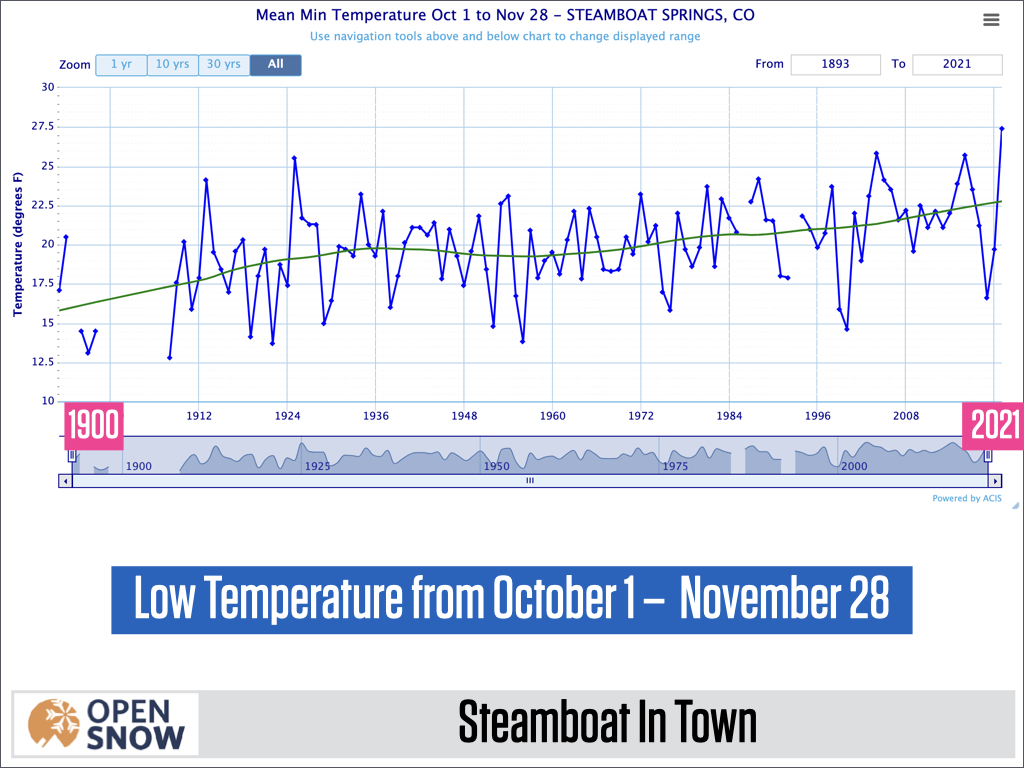 Hopefully, this provides a little perspective on what we're seeing so far this season.

Coming up, we finally have something exciting to talk about.

The potential storm on Tuesday, December 7 is holding together in the models. While some of the storm's energy may split and not track directly over Colorado, there could be enough moisture to yield significant snow totals.

Below is the model average precipitation forecast, and many mountain areas in Colorado are in the dark green or blue colors, which signifies 0.5+ inches of precipitation or 6+ inches of snow. 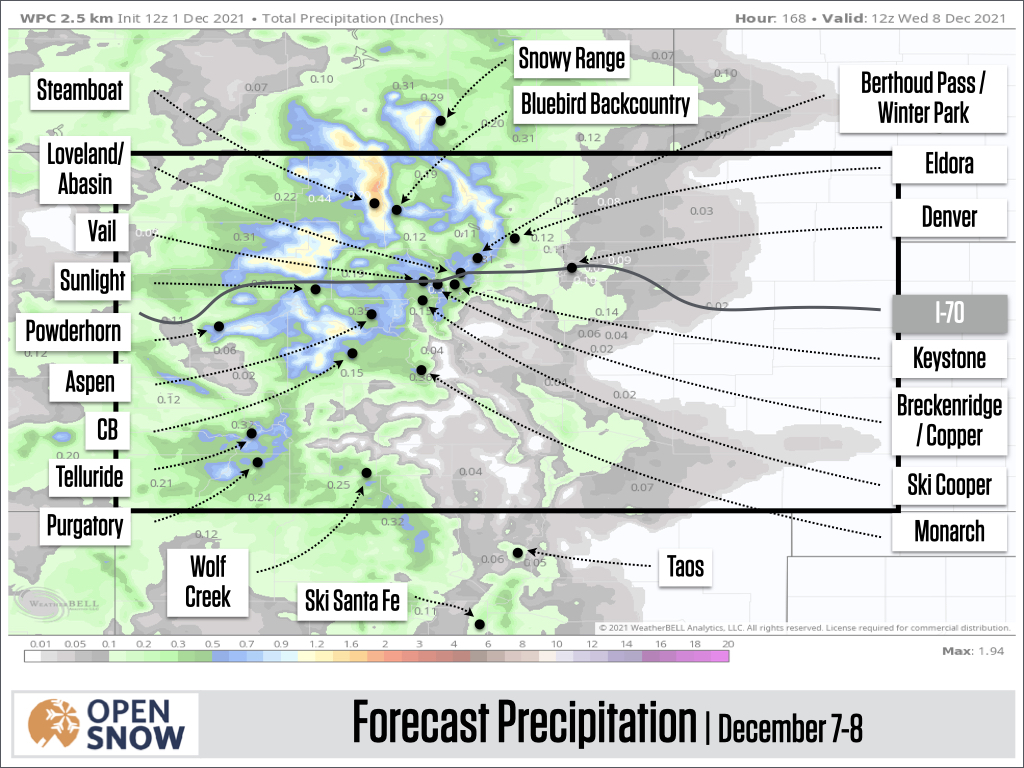 The storm is still 6-7 days away, so it's too early to start talking about the details of the forecast, but I'm thankful that it looks like we'll see at least decent snow from the storm on the 7th.

Beyond that, most models show another significant storm around Saturday, December 11th. If it happens, it would be wonderful to see two storms within five days next week, and that could help to increase our snowpack and open up more terrain.