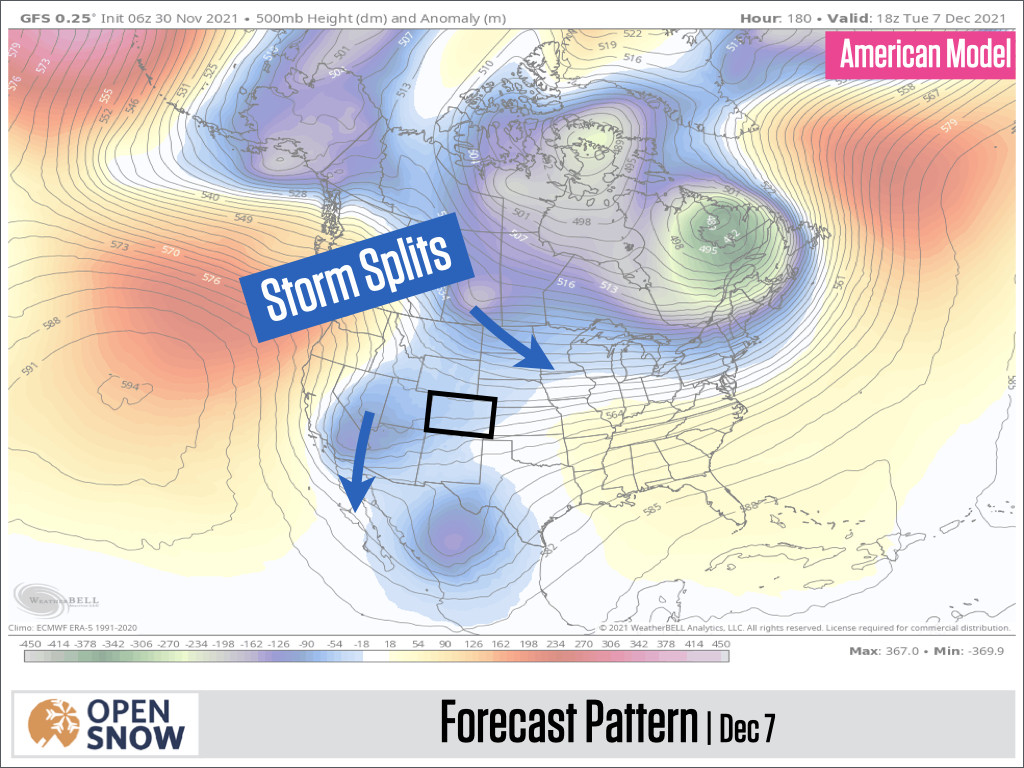 Dry weather is locked in during the next 6-7 days. Then a storm will likely move through the Rockies around December 7, but the most recent models are hinting that this storm could split, which is not welcome news. However, there is a bit of a bright side to the storm as well.

Monday was yet another sunny day across Colorado with warm temperatures that rose up to the mid-30s to mid-40s. 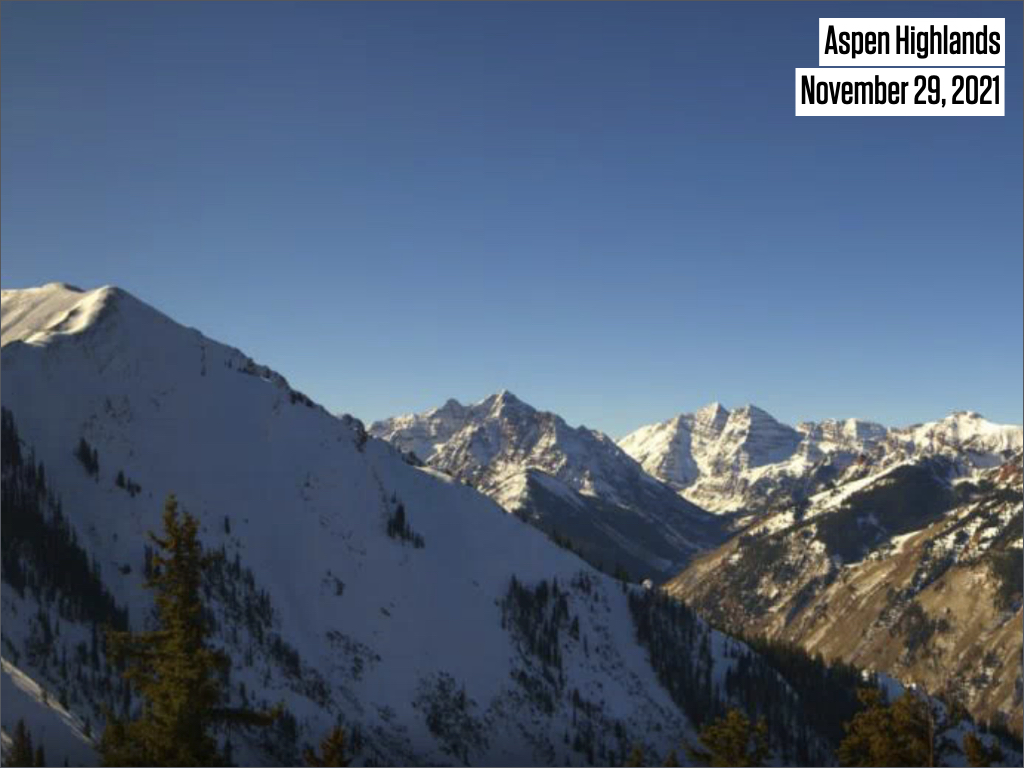 The weather from Tuesday through next Monday will be more of the same with mostly sunny skies, daytime highs in the 30s and 40s on the hill, and overnight lows dipping toward or below freezing, which will allow limited snowmaking to continue.

Our next chance for a storm will be around Tuesday, December 7. Nearly all versions of all models show a storm moving through the Rockies on this day, so the question is more about the exact track of the storm and how much moisture it'll bring to Colorado.

The bad news is that all recent model updates now show that the energy from this storm will split, with some energy moving to our north and some energy diving to our southwest.

The European model shows the splits. 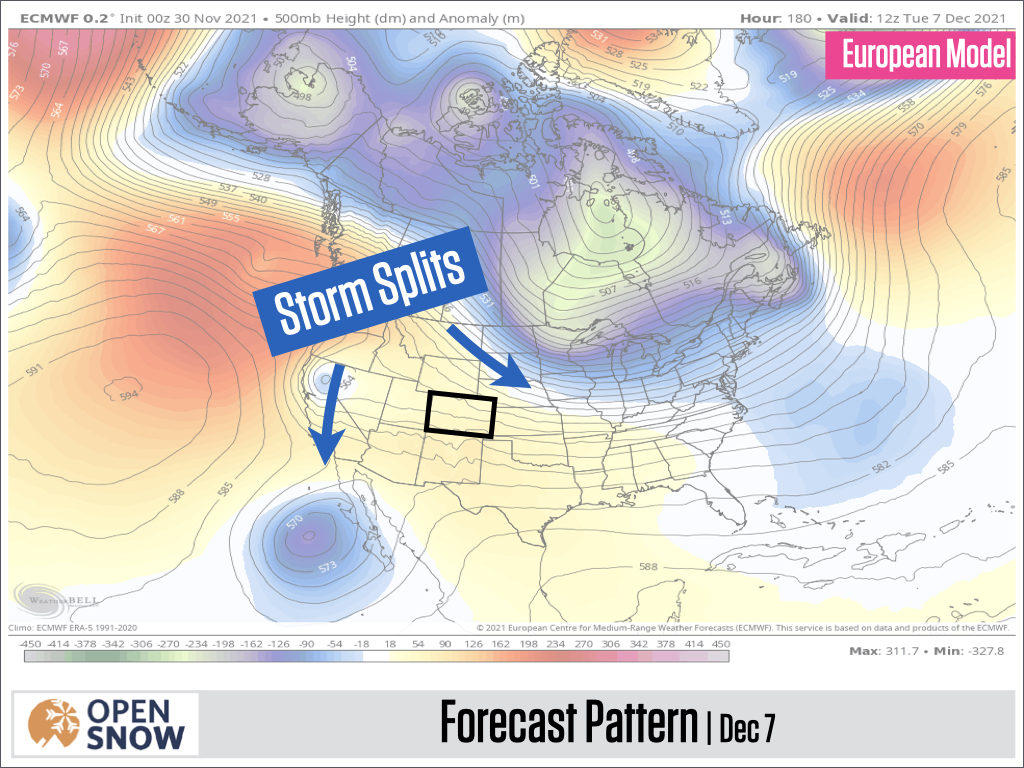 The Canadian model shows the splits. 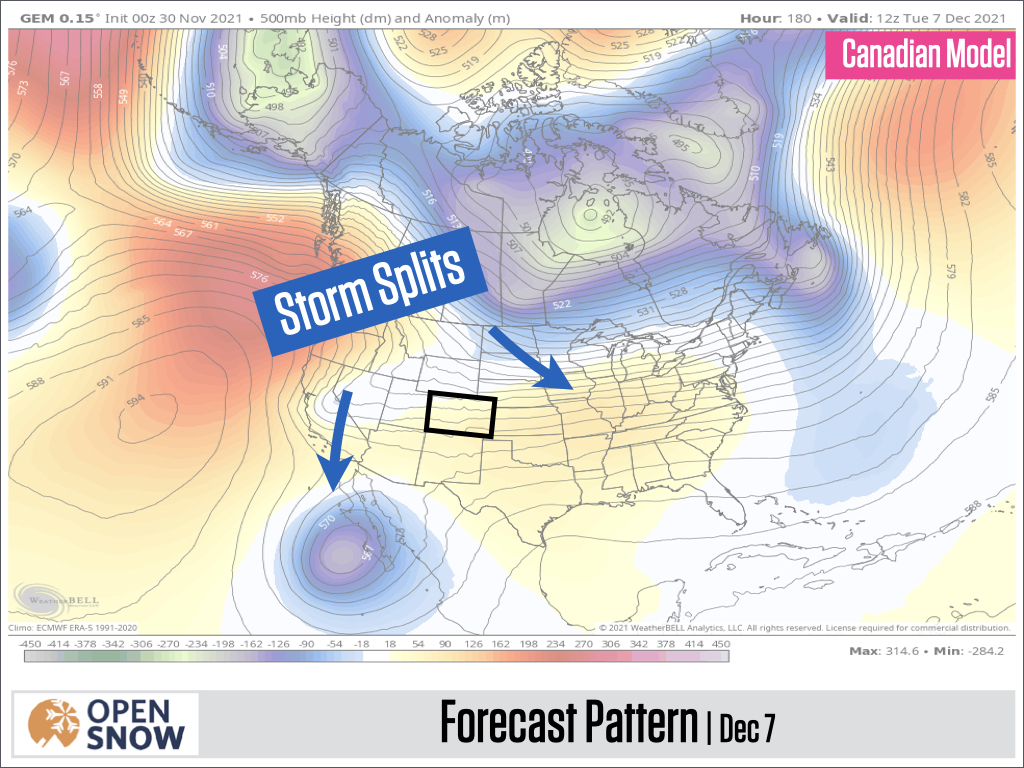 And the American GFS model also shows the splits. 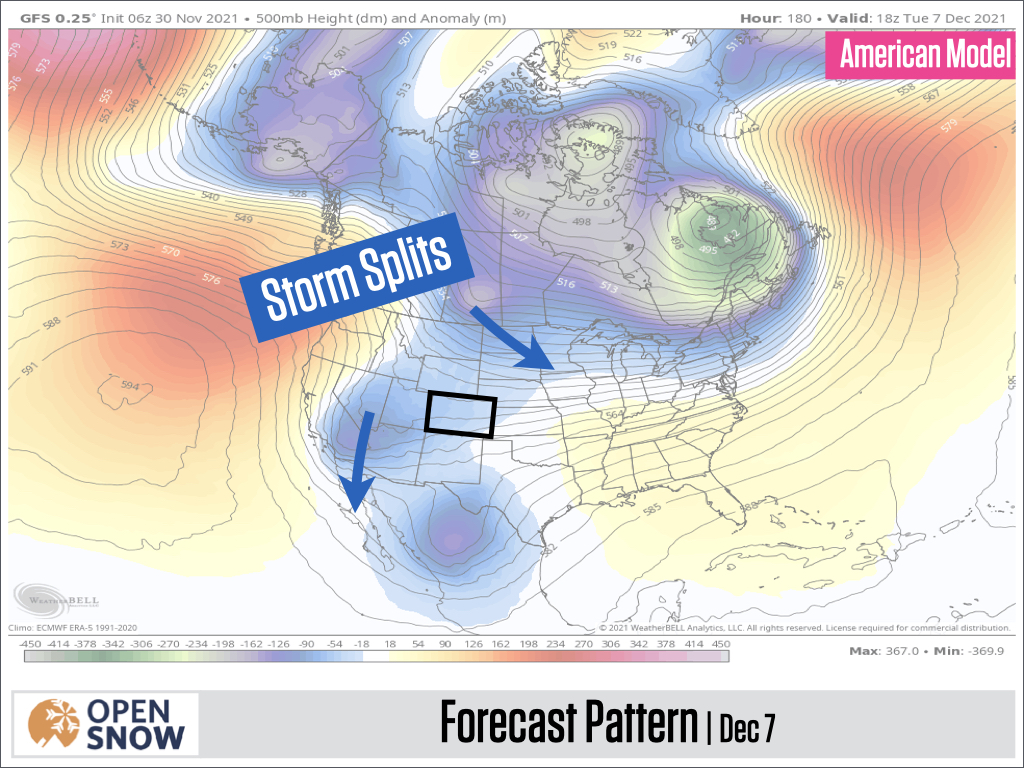 A splitting storm is not ideal, but remember that last week's storm also split yet provided a surprise 6-8 inches to Aspen, Beaver Creek, Vail, Copper, and Breckenridge due to a surprising amount of moisture that moved north. Not all hope is lost with a splitting storm, but it often means that a lot of snow for many mountains is a lower probability.

The good news with the storm around December 7 is that all models show that the system will pull in a lot of moisture from the Pacific Ocean and this moisture should reach Colorado. So even though the storm's energy might not be concentrated over us, at least there's a chance for a decent amount of snow due to a high amount of moisture.

A multi-version look at the European model still shows a strong signal for the storm around December 7, and there's also a signal for a storm around the weekend of December 11-12. Due to the uncertainty in the forecast, I hate to even mention a storm that's still 12+ days away, but the longer-range forecast is all we can hang onto right now. 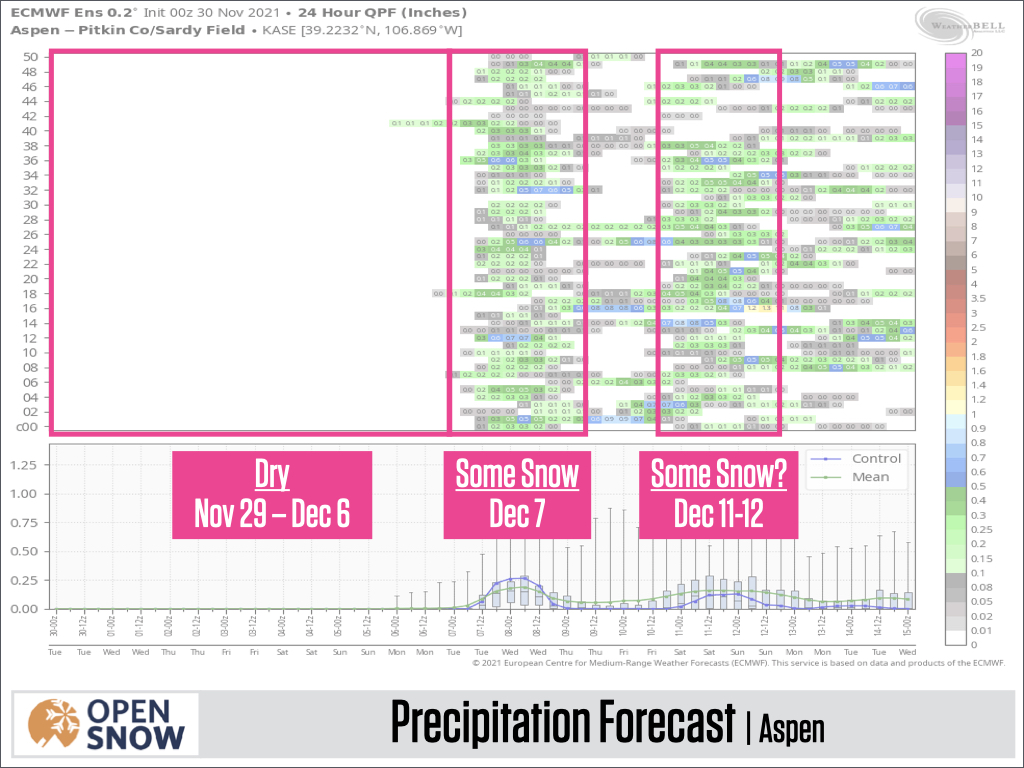 Keep your old trail maps in the freezer – it'll make it snow eventually!