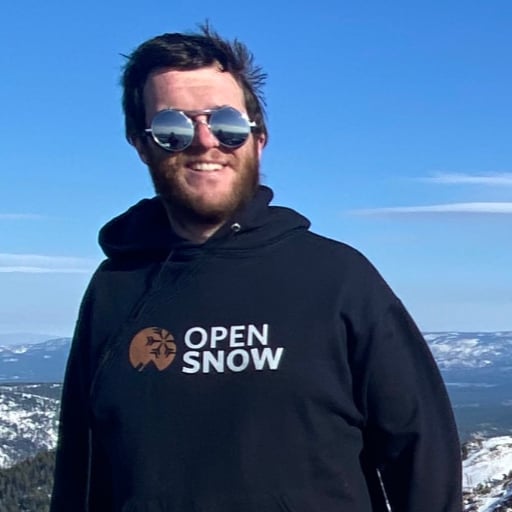 Multiple Storms on the Way 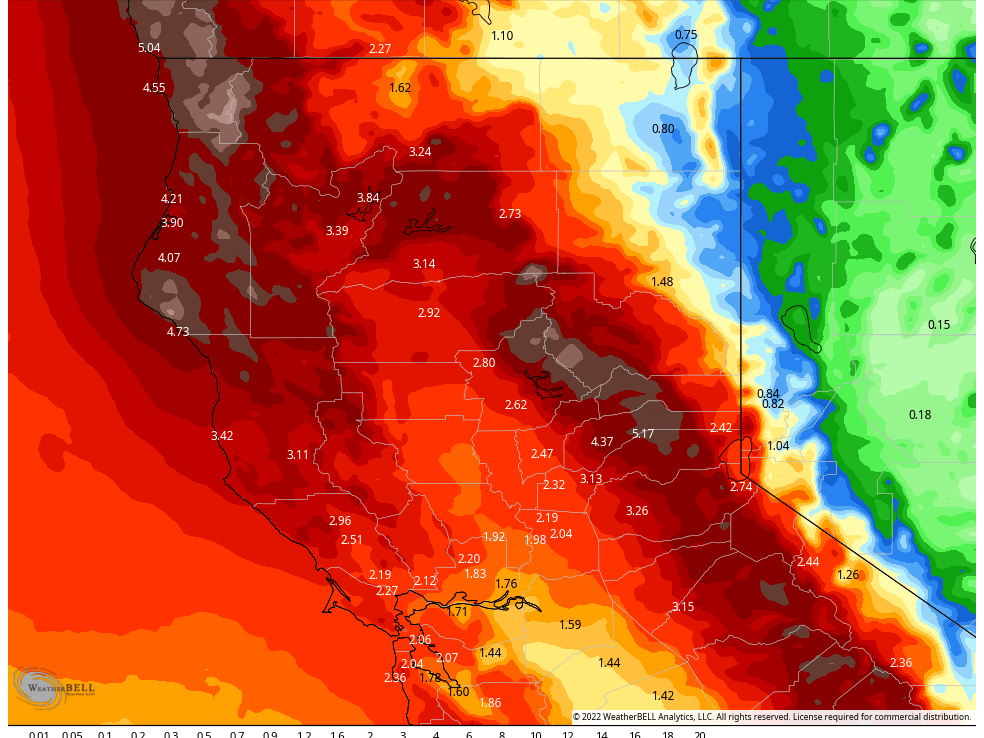 Sunny and clear for Tuesday & Wednesday. Thursday, the first storm rolls in. Saturday the next storm comes in, with a break in between for Friday. The snow likely continues into Sunday for a snowy and stormy weekend. Next week we clear out and dry out.

We are now in the 5 day window for both storms at least through Saturday, so the excitement is building that we'll see multiple days of snowfall this week and hopefully heavy snowfall!

Both Tuesday & Wednesday will be mellow & sunny days. Highs will be in the mid to upper 20's up top with highs in the 30's at the base.

Winds will be lighter on Tuesday with gusts only up to 25 MPH but on Wednesday as the next storm approaches there will be stronger Southwest winds gusting up to 60 MPH by later in the afternoon.

We've been talking about this storm for quite some time now. All systems go for it now. I have high confidence we'll be seeing multiple feet with this storm. The GFS and Euro have converged on a solution this morning and that makes me happy. They are both showing 1.4 to 1.6 inches of liquid over the mtn. Since this is a cold storm with snow levels well below the base and down to 3K FT that means snow ratios closer to 16:1 rather than 10:1.

Winds will be howling starting Wednesday and they likely won't let up until Friday morning. Gust over 80 MPH are likely throughout that time period out of the Southwest. It will be full on blizzard conditions on Thursday with heavy snowfall and very strong winds. Temps will be in the mid teens to low 20's across the mtn.

Right now I'm still expecting 14 - 18 inches of snow at Main Lodge and 18 - 25 inches up top. I'm hopeful that we can squeeze out 2 FT from this storm up top. I'm concerned about the measurements up there given the wind so we'll see how that pans out.

Friday should be a clear to mostly clear day. Winds should die down significantly and only be gusting up to 30 MPH across the summit. The powder should be fantastic and the temps will be in the 20's. Enjoy it!

The Saturday system has the potential for us to double down on our snowfall from the Thursday storm. It's a slower moving system and has plenty of moisture to drop on us. The problem is that the Euro is not on board with the amounts like it is with the Thursday system as compared to the GFS. That's concerning at this time.

We're still 5 days out so I could see there being some model flipping over the coming days. The GFS gives us a really nice storm that lasts into Monday morning, while the Euro cuts us off sometime on Sunday. The amounts are not quite double on the GFS versus the Euro but significant. Since the GFS shows this storm lasting into Monday I'll only hint at what I think could fall at this time.

The GFS shows another 2.5 inches of liquid falling, so that could equate to another 3 FT since the storm is cold. But tempering that with the Euro it could really be more like another foot and a half since the Euro shows half that. The solution might lie somewhere in between and it's definitely worth waiting another day to see where things end up.

I'll be watching this storm carefully the next few days.

Going into Sunday and Monday we could continue to see snow fall if the GFS scenario is correct. If this morning's GFS run pans out we could be looking at 4 - 5 FT of snow over the top of the mtn just in the first 5 days of December. But... never trust a model more than you can throw it and I can't throw the GFS model very far... my upper limit is 5 days but I prefer the 3 day window!

So we'll have to see which way both models continue to trend. I'm confident we'll see snow and it could be significant but exact amounts I'm weary of at this time.

The following week looks to keep us dry as we sit on the cooler side of a ridge. Snow should stay fresh and soft as temps remain colder. It could be another week to 10 day days before we see a return to more snow and storms. Plenty of snow to forecast before then...

Till the next one... Mike out.