Dry start to the week, next storm Wednesday

To start this week, dry and seasonable weather is back in the Mid-Atlantic through Tuesday. The next storm system tracks to the north of the region Wednesday, bringing rain. A strong cold front will change precipitation to snow north and west Wednesday evening and on Thursday. We will be looking at minimal to light snow accumulations. Read on to see what will happen this week…

A mix of sun and rain for the first weekend of skiing and riding in the Mid-Atlantic has concluded. All in all, for late November skiing, it was not bad. Sunday was wet and anyone who was on the slopes, kudos to you. Check out Holiday Valley where the visibility was low at times but people were still killing it on the slopes. 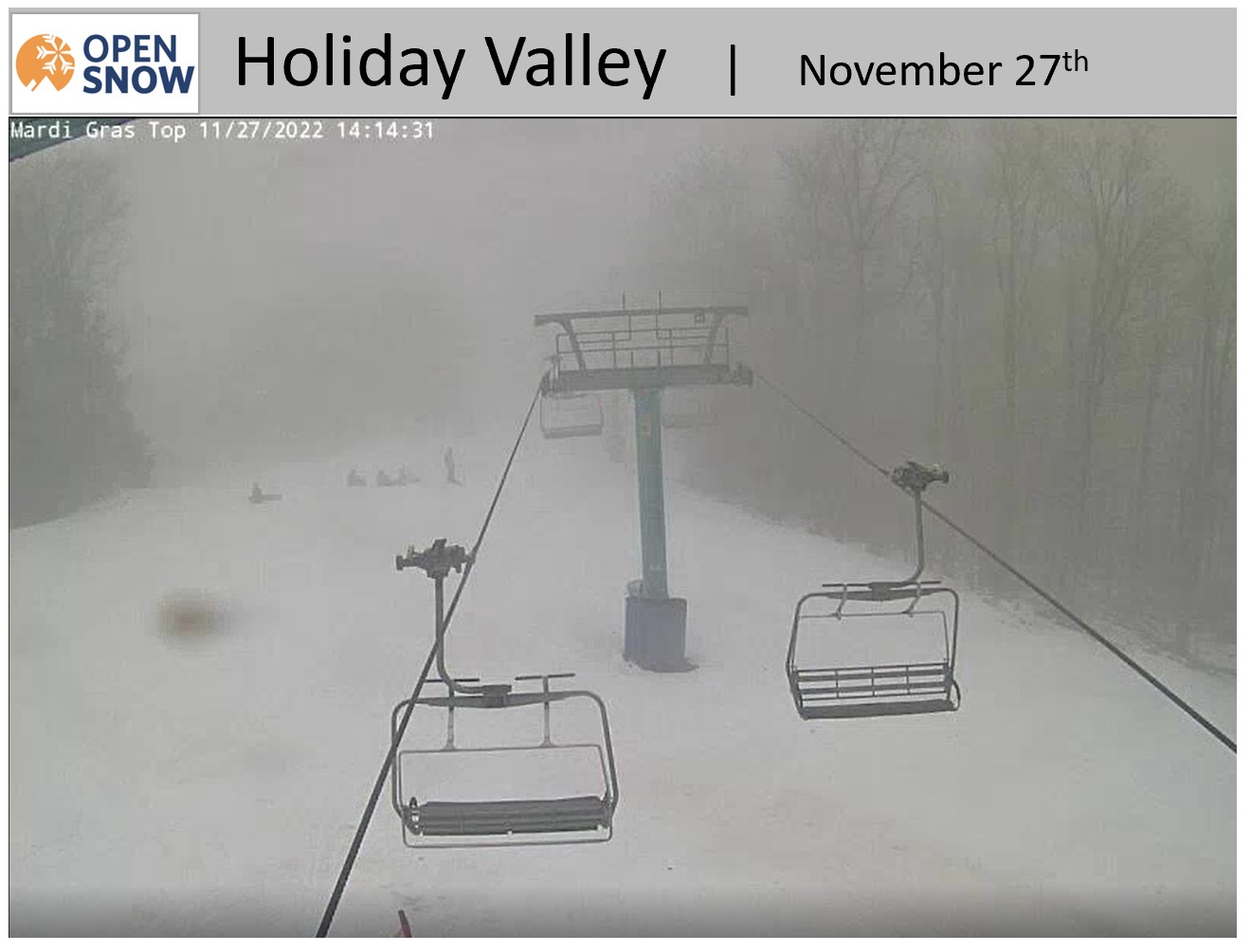 There is some hope in the forecast this week with winter weather returning to the region on Wednesday. In the meantime, the weather will be dry and seasonable on Monday and Tuesday with low temperatures allowing for snow-making. Conditions on the slopes will improve as man-made snow allows for carving.

During Wednesday, a strong storm system will track to the north of the region and bring widespread rain showers. The good news is that this storm has a much better chance for backside snow showers than others this past weekend.

Here is a look at the GFS model’s depiction of precipitation type and intensity from 4 am Wednesday, November 30th to 7 pm Thursday, December 1st.

Snow showers will be brief but intense and add a few inches to the slopes. Here is a look at the GFS model's predicted snow accumulations by Friday morning. 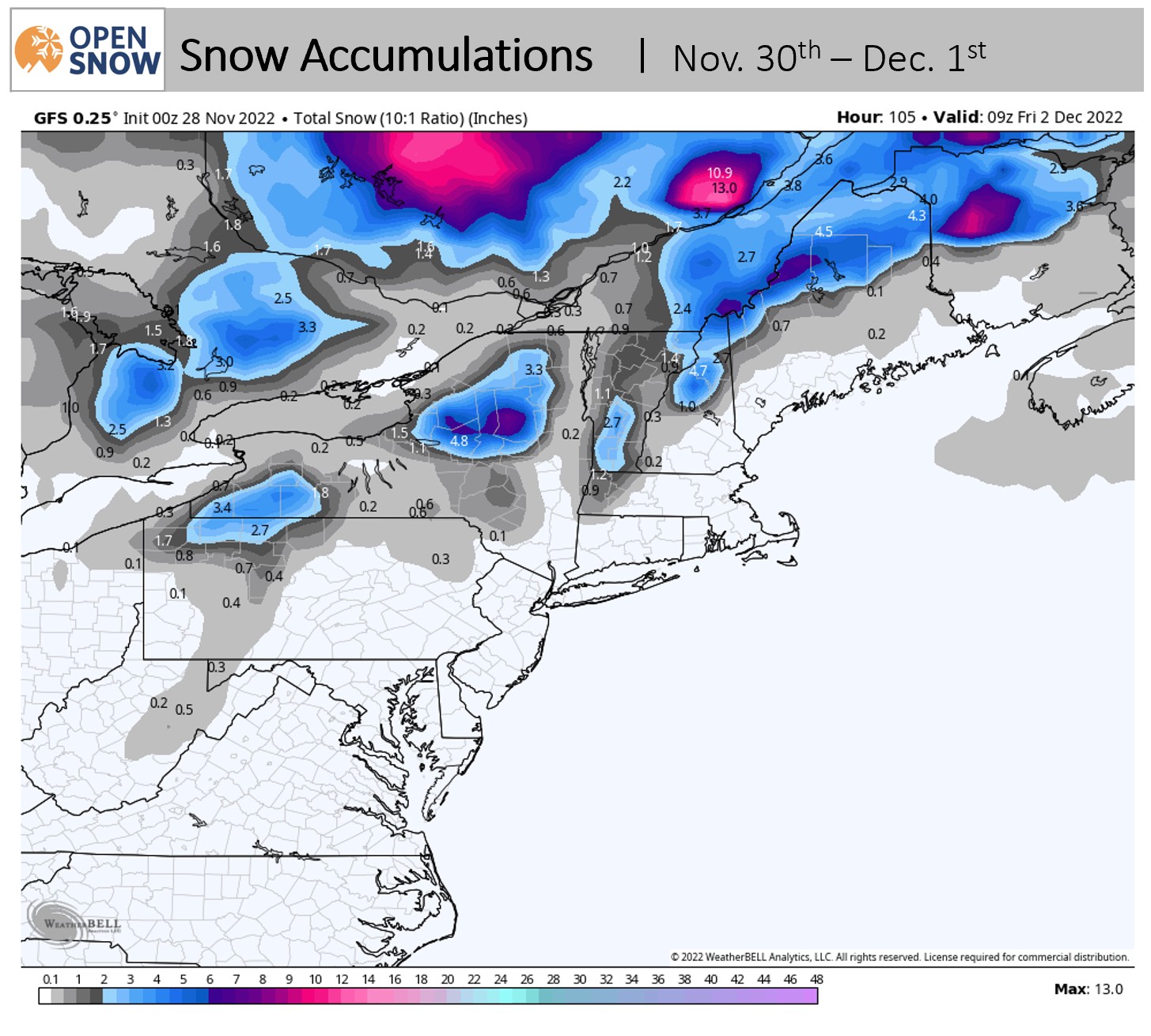 Friday clears with temperatures staying cool in the upper 30s as more terrain opens up throughout the region for the first weekend of December.

The storm track continues to favor storms moving to the north of the region next weekend December 3rd and 4th. A few rounds of precipitation are possible with mostly rain, but some chances of snow mixing in the north and west.

The bigger and more hopeful news looking further into the extended forecast will be a potential pattern shift in mid-December. There is a blocking pattern going on across Alaska and Greenland, which sandwiches the US in the middle of this. This has the potential to move a large area of cold air from Canada into the US and the Mid-Atlantic.

This is far away, but models have remained consistent with this blocking pattern that brings the possibility of cold air and snow to the region. Here is a look at the GFS predicted upper-level pattern on Tuesday, December 6th. 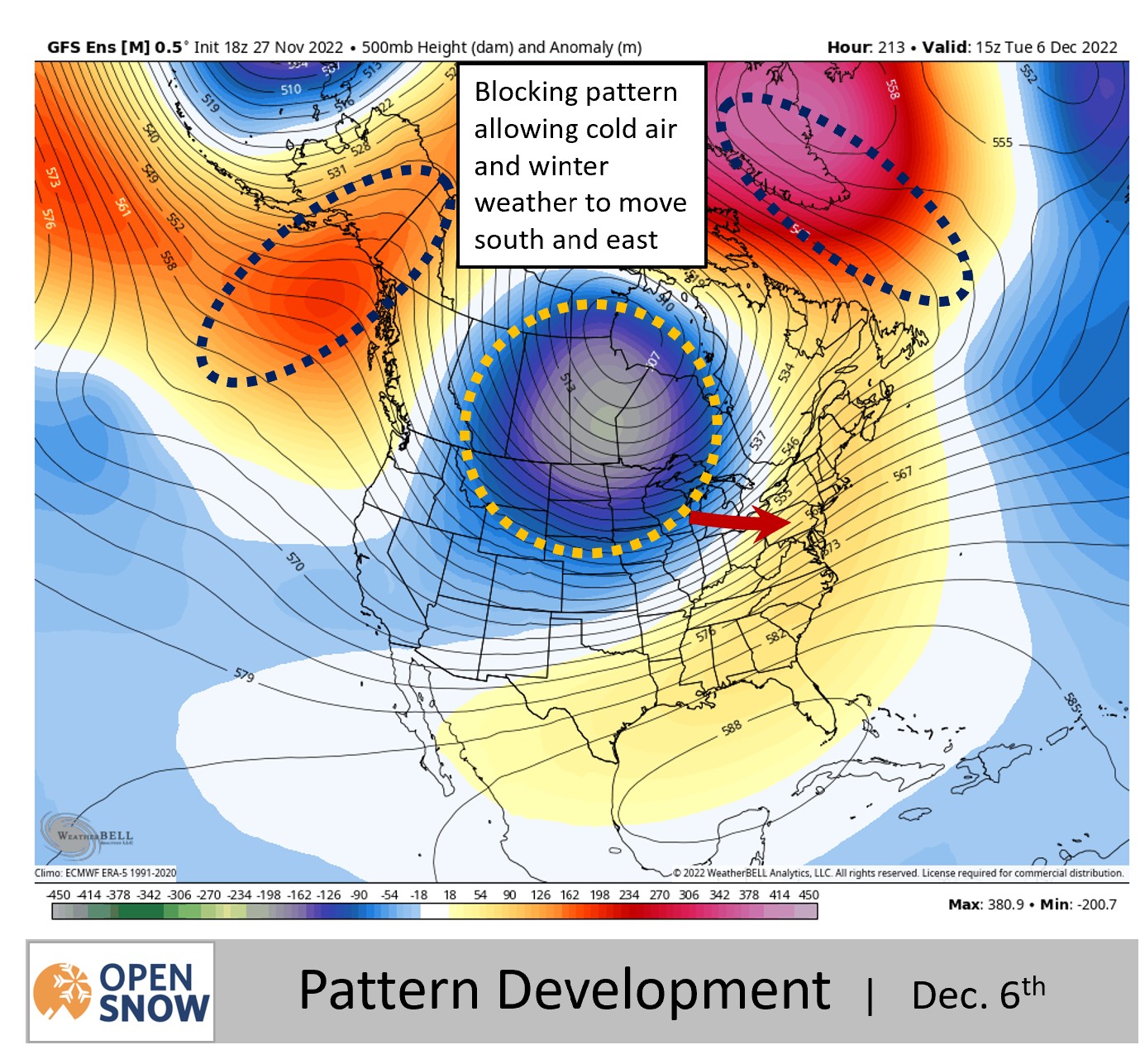 This pattern shift could mean big things for the East Coast snow wise but it is still far away, which adds to the uncertainty. Keep your hopes high!

Have a great start to the week and thanks for reading, I will have the next forecast Tuesday morning.