More rain in the week ahead

Dry weather on Sunday and Monday will give way to light rain and warming temperatures midweek. The models are a bit all over the place with another storm heading into next weekend that could bring a mix of rain and snow. 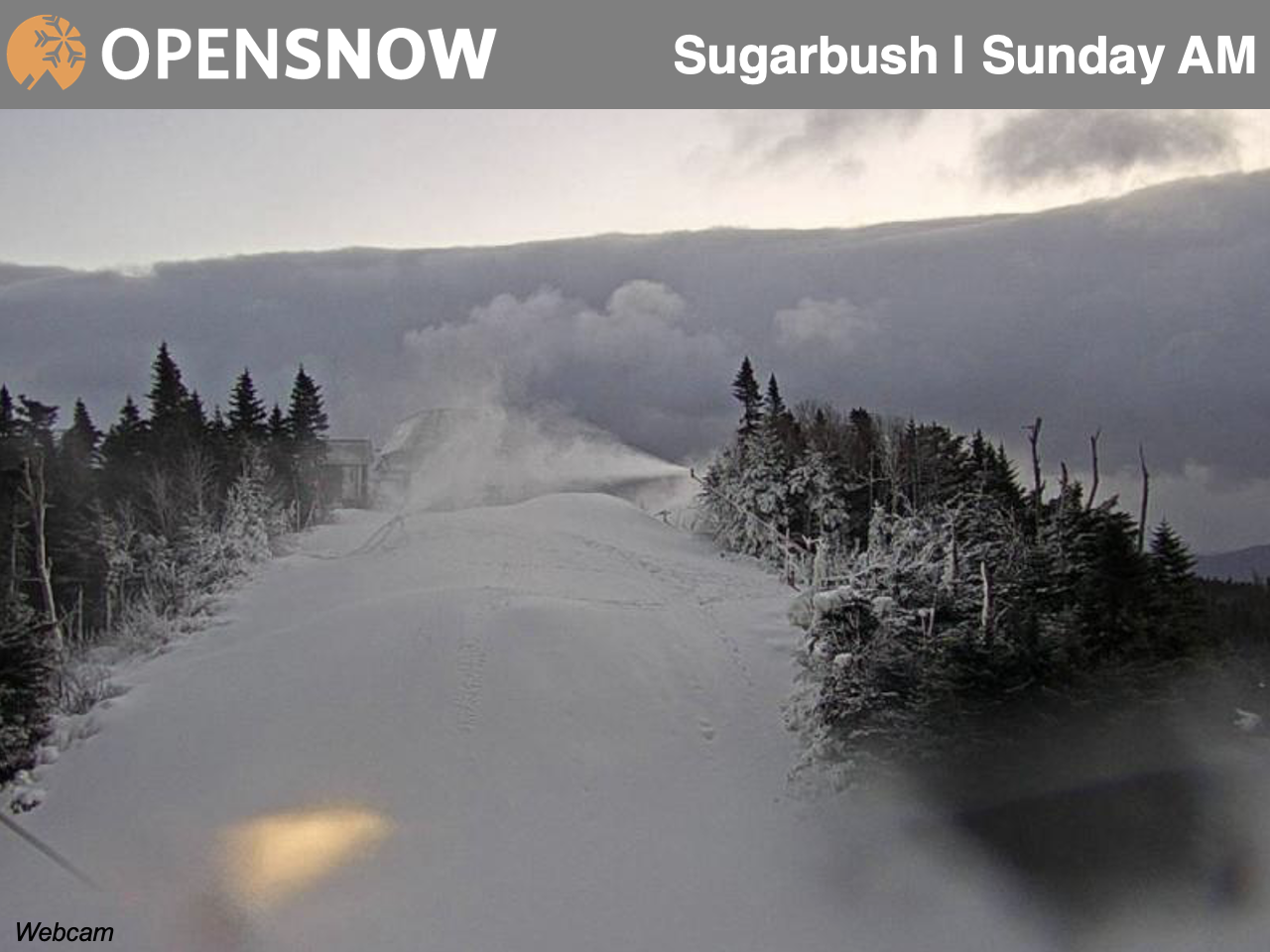 Rain pushed through New England on Saturday in two rounds from 9AM-2PM and then briefly again 5-6PM (at least here in New Hampshire). Some valleys remained in the 30s for most of the day, but most regions saw temperatures climbing into the lower 40s region wide. The warm rain softened surfaces for a wet day of skiing and riding.

Temperatures dropped overnight with at least a dusting of snow reporting across the high terrain in Vermont and Jay Peak came in with 1-2" in their morning report. Most resorts are back to blowing snow Sunday morning with plans to do so throughout the day on groomed frozen granular and increasing sunshine.

ECMWF model forecast animation for Tuesday and Wednesday (1AM Tuesday through 1AM Thursday).

It's going to be a bit of a roller coaster. High pressure will roll offshore during the day on Monday and give way to increasing clouds into Monday night. Another multi-part weak rain storm is on our doorstep for Tuesday. Light snow and freezing rain is possible at onset of this system on Tuesday morning, but all areas eventually go over to light and scattered rain by midday. These showers more or less persist through Wednesday evening as temperatures climb into the mid-40s.

We get a break from the rain on Thursday as temperatures drop back below freezing again just in time for our next storm on Friday, maybe. The ECMWF model is suggesting a storm over the Ohio Valley that will dive southeast toward the Mid-Atlantic, whereas the GFS model brings the same storm from New York across New England. The EC is dry and the GFS is wet. Neither really produce much snow on Friday, but the GFS does bring some wet snow to higher elevations over the weekend once the "low" crosses the region.

Ensemble odds of more than 3 inches of snow in 24 hours next Tuesday (Dec 13).

Surprisingly, both models and their ensembles ultimately converge on a solution that brings a subsequent, potentially colder, storm into New England next Monday and Tuesday (Dec 12-13). Hopefully this is the start of the pattern change we've been waiting for.

The New England Daily Snow will be updated again on Monday morning.