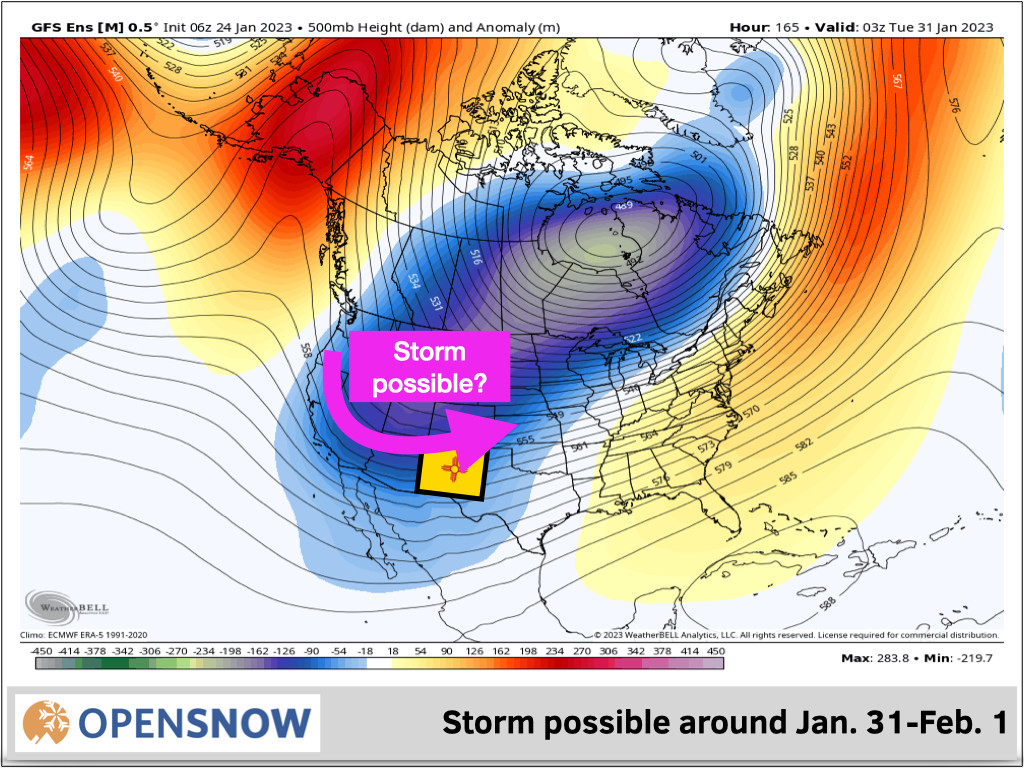 Storm #1 delivered 9" to Ski Apache, 4" to Angel Fire, 3" to Sipapu, 2" to Ski Santa Fe, and 1" to Pajarito. Storm #2 will arrive late Tuesday with 2-6" by Wednesday morning favoring the northern mountains. A dry pattern settles in from Thursday through the weekend. A storm is possible around January 31.

On Tuesday morning, storm #1 is exiting stage right and snowfall has wrapped up for the central mountain chain.

Monday's storm was a wild ride and mostly performed as we expected, but with a few surprises.

As expected, Ski Apache was the big winner with .6" of liquid equivalent precipitation overnight (SNOTEL sensor data) which is approximately 9" of snow (15:1 ratio).

During the day on Monday, the counter-clockwise wind field was so large around the storm that orographic lift kicked in across parts of the northern mountains that can do well with south, southeast, and east flow. 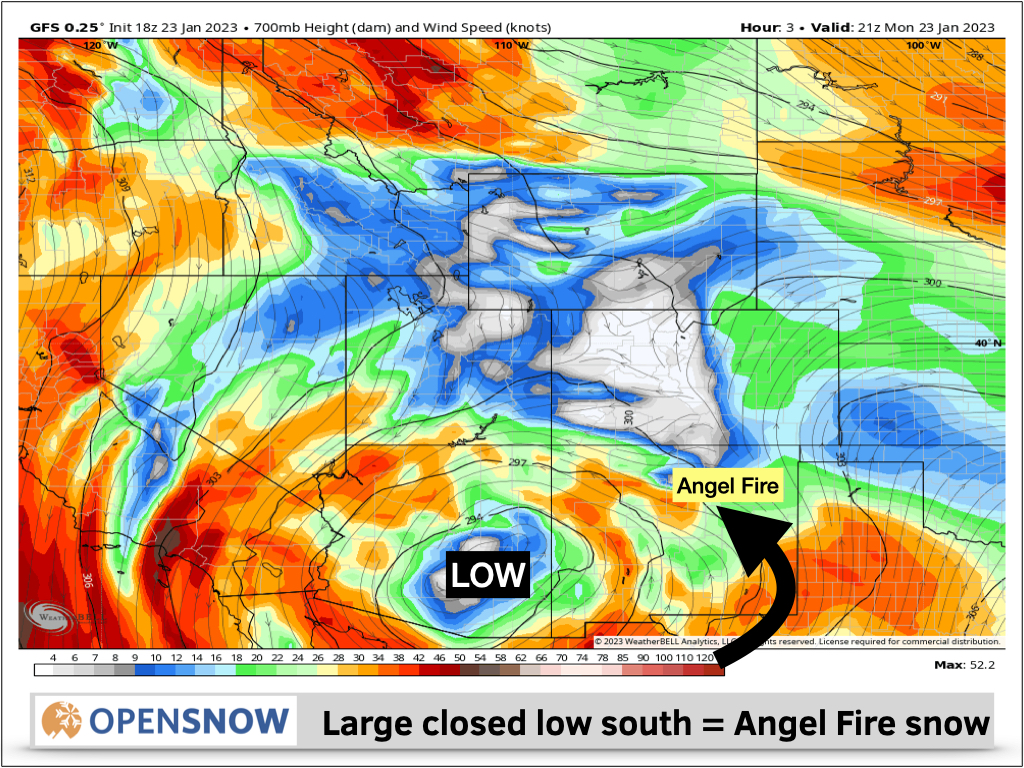 It was fun to check the webcams at Angel Fire and watch it snow pretty much all day Monday thanks to the eastern upslope flow generated by a storm centered over Arizona!

Here is the "keep me honest" report for storm #1. 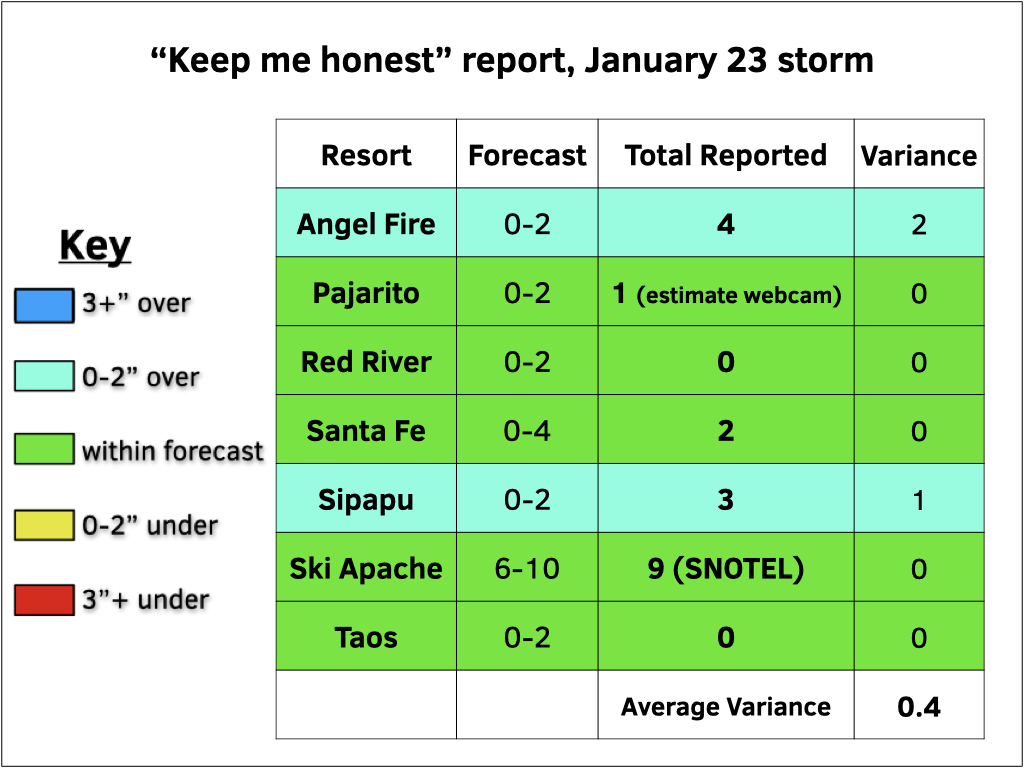 Snow should start late afternoon or early evening in the northern mountains. This is a meager storm in terms of moisture, however, the optimal cold temperatures (5-15 F) for parts of the storm should make it an efficient snowmaker with high snow-to-liquid ratios. At some points overnight Tuesday it could get too cold for optimal snow approaching 0 degrees F above 10,000 ft elevation.

Here is a reasonable liquid precip forecast and multiply by about 15 for snowfall. 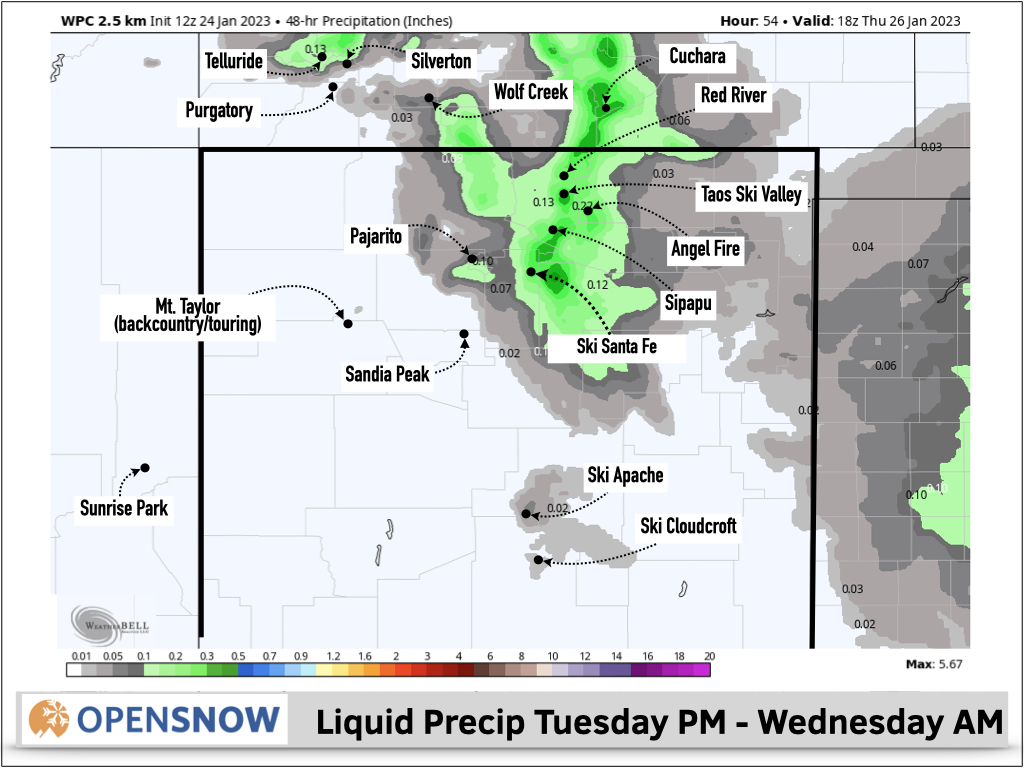 The University of Utah Ensemble is pretty locked in on 4-5" for Taos by Wednesday morning for a low-end powder day. 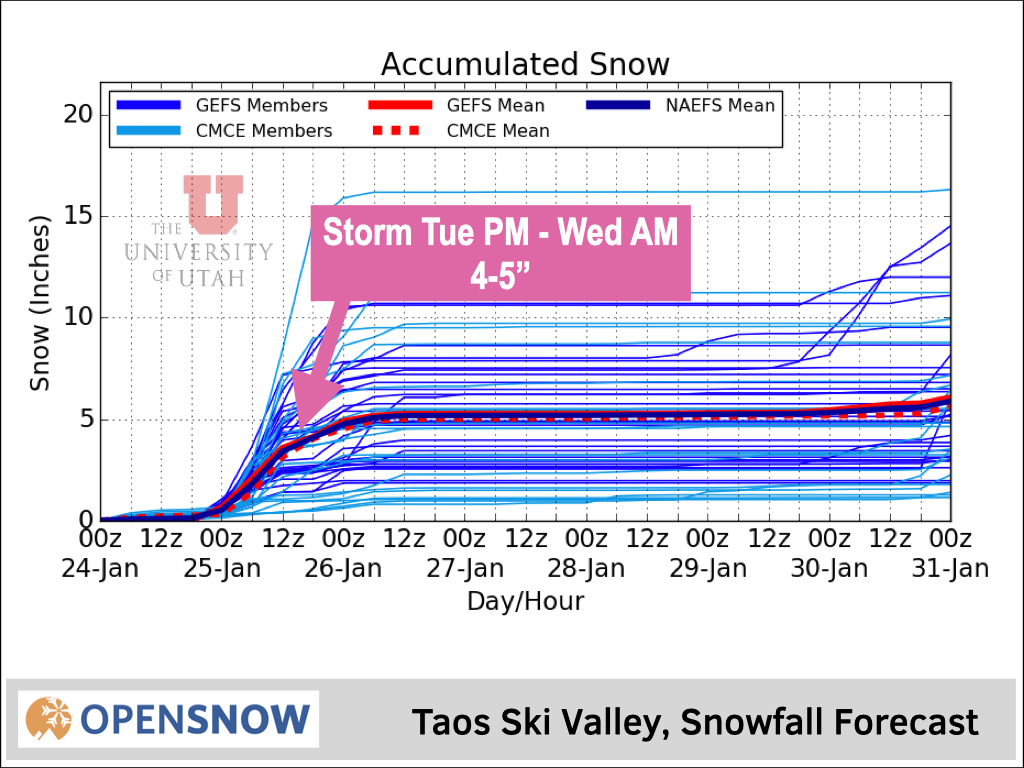 Wednesday morning should be fun with some fresh snow to enjoy.

From Thursday through the weekend, we will have a dry pattern. But temperatures will remain cold.

I am eyeing a storm around January 31. 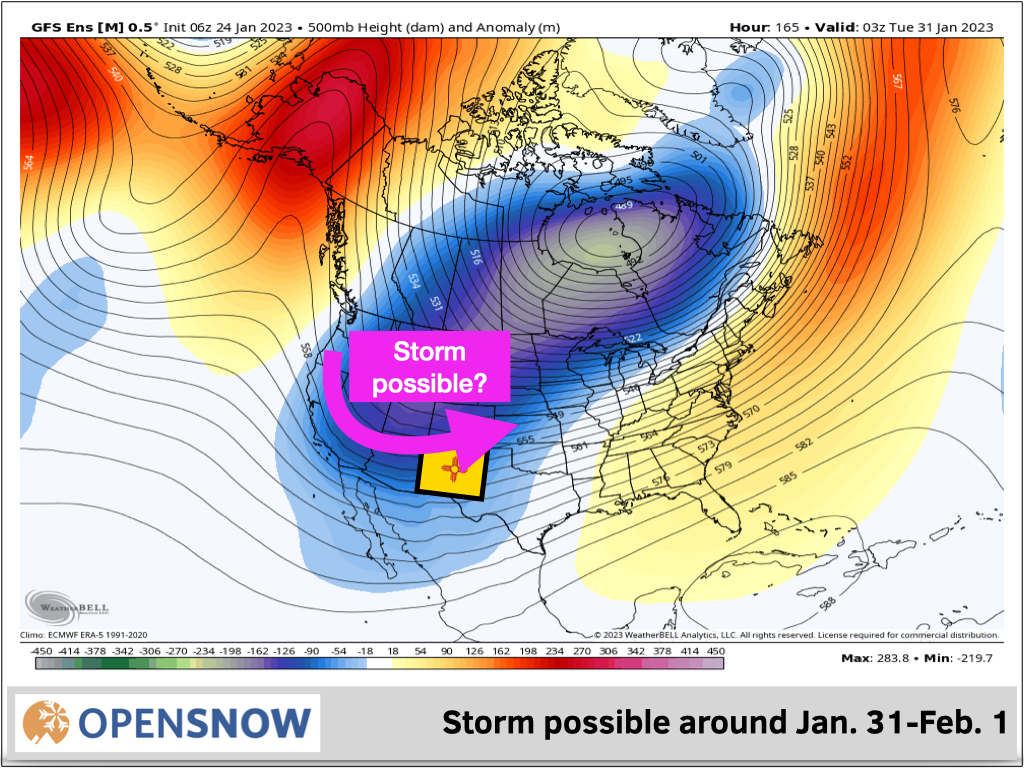 Thanks for reading! I will post again on Wednesday to see how storm #2 performs.

The Taos Avalanche Center is again partnering with the best in the business for an awesome slate of courses this season in Taos and Santa Fe. Check out the details here.