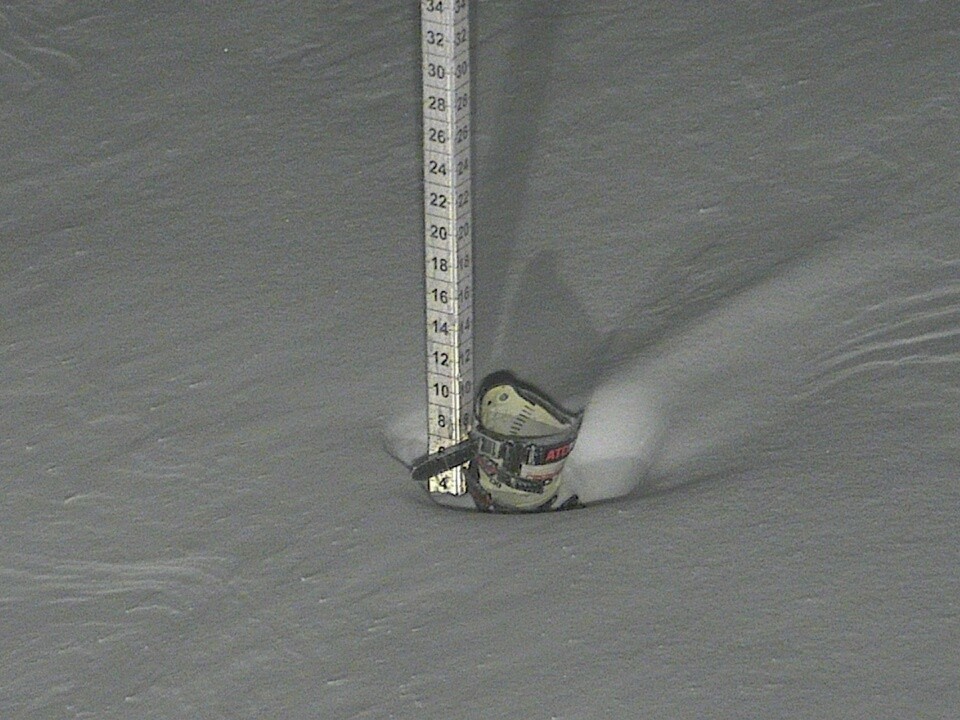 Gusty winds and a few snow showers Saturday morning and then clearing through the afternoon. A drier pattern sets in for the next week. We warm up Sunday into Monday and then cool back down Tuesday into Wednesday. Then we warm up Thursday before cooling down again next weekend. We may see storms return the first week of March.

Snow showers moved through Friday night with a burst of heavier snow as the cold front swept through between 3-5 AM. That brought a fresh 1-6 inches to lake level and 2-7 inches to the mountains. A nice refresh of the slopes after a wet day on Friday. 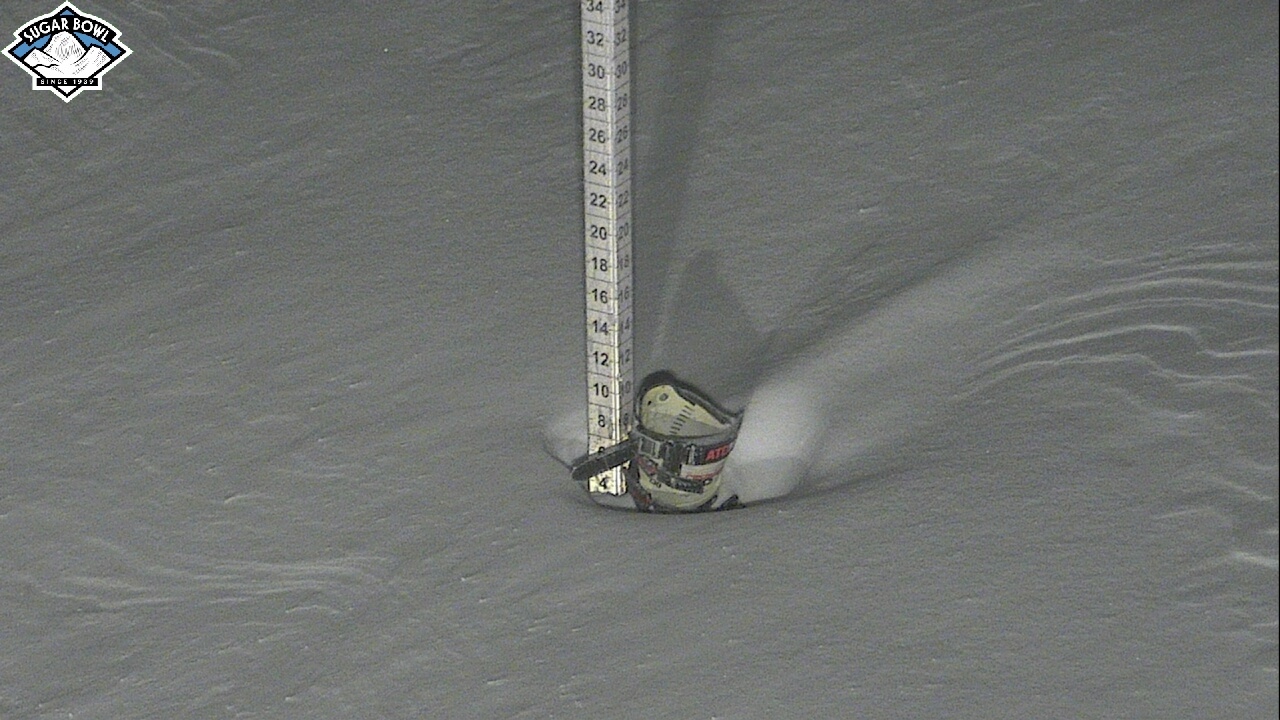 There was enough forcing with the front that we didn't see much shadowing to the east side of the lake. The lower amounts fell on the lower mountains and south of the Tahoe Basin from Bear Valley down to Dodge Ridge where only 2-3 inches fell, and only an inch down at Mammoth. The 2-day storm totals ended up at 3-8 inches, with a little rain & wet snow sandwiched in the middle on Friday. 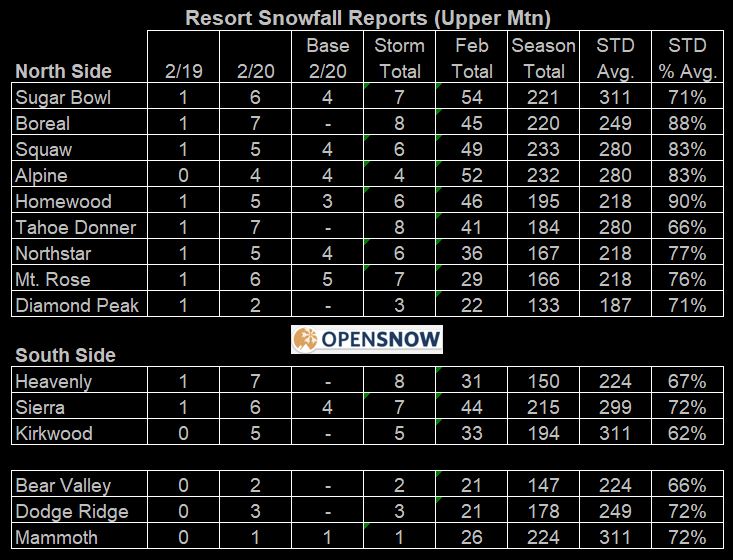 I bumped up the snowfall forecast to 1-6 inches yesterday for the system last night, pretty close to the 2-7 inches we picked up, but the final forecast from Thursday morning ahead of the 2-day system was lower due to the models showing a drier system. So we had several ski areas come in over the forecast with this system on the forecaster scorecard, especially on the east side. 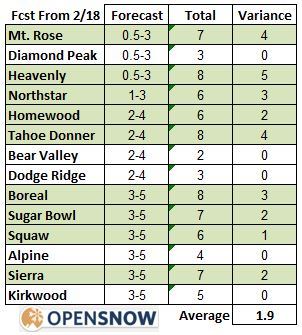 Averaging the ski resorts together, this system bumps us back up to 76% of average snowfall for the date. But that will fall off with a drier pattern over the next week. Thanks to everyone for sending me your lake level reports. Highest I've received so far is 6 inches in Meyers. You can comment yours at the bottom!

We still have some snow showers moving through this morning. That could bring a final coating up to an inch of snow before the system clears out later in the morning through the afternoon.

We still have ridgetop winds gusting up to 80+ mph this morning as well, which could cause a few upper mountain lift opening delays. As the system clears out later this morning through the afternoon we should see some sun and the gusty winds dropping to 20-30+ mph during the afternoon.

High pressure builds in over the region Sunday into Monday. That will bring mostly sunny skies and warming temperatures. Highs into the 40s at lake level and 30s on the upper mountains Sunday and then 40s Monday to near 50 degrees at lake level. 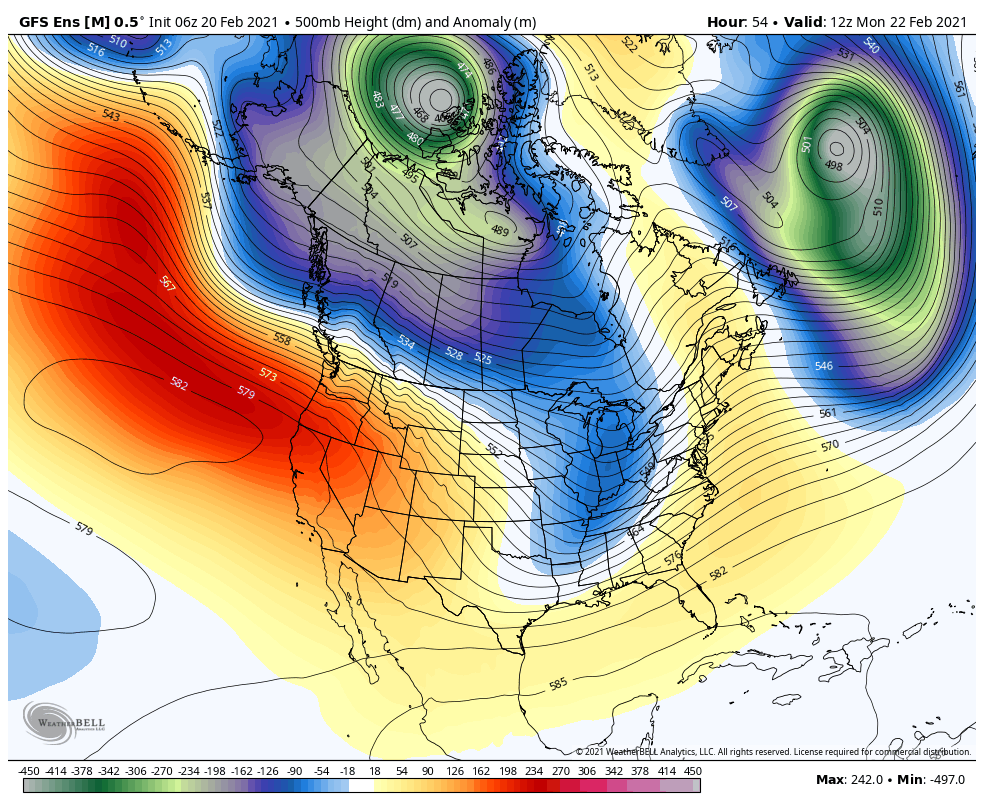 The change in the pattern is speeding up a little on the latest model runs. They are showing the ridge shifting off the coast starting Tuesday with colder air moving into the region. Mostly sunny but highs back down into the 40s at lake level and 30s on the upper mountains, and then even colder into Wednesday with 30s at lake level and 20s for the upper mountains. These are dry cold fronts. 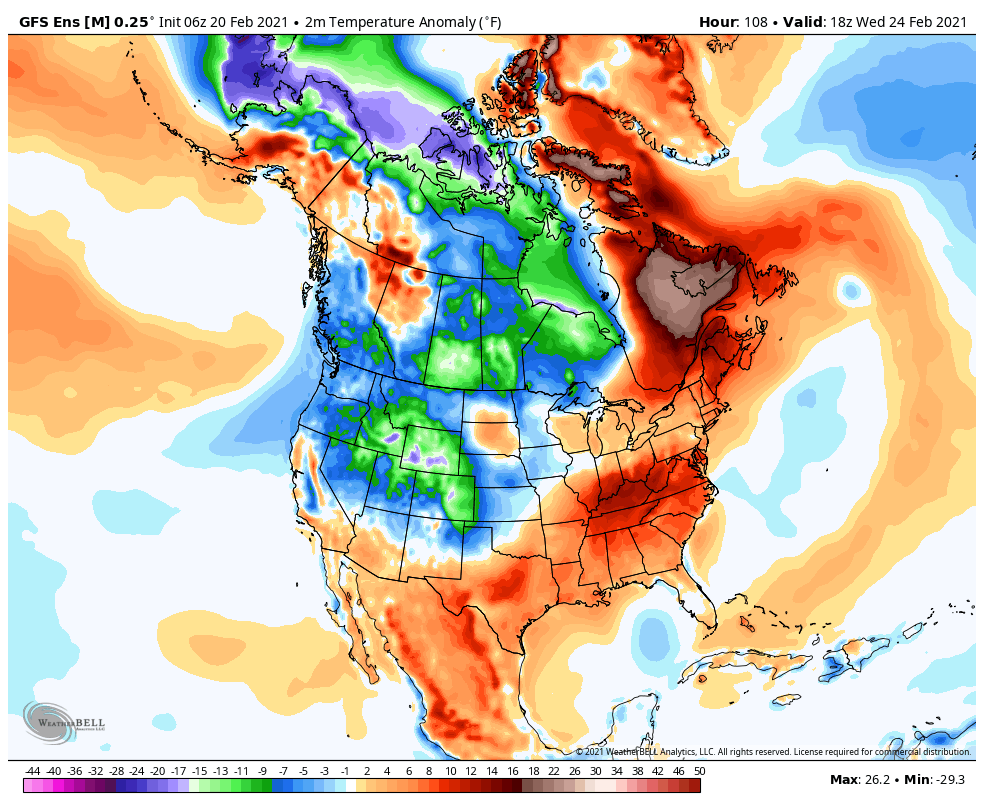 We may warm up again briefly on Thursday with highs back into the 40s at lake level and 30s for the upper mountains. We should see mostly sunny skies throughout the period. Lighter winds Sunday into Monday, and then maybe some gusty north winds Tuesday into Wednesday with ridgetop gusts of 30-40+ mph.

The other chance on all of the forecast models this morning is for the ridge to be slightly closer to the coast through next weekend with the trough over the West. 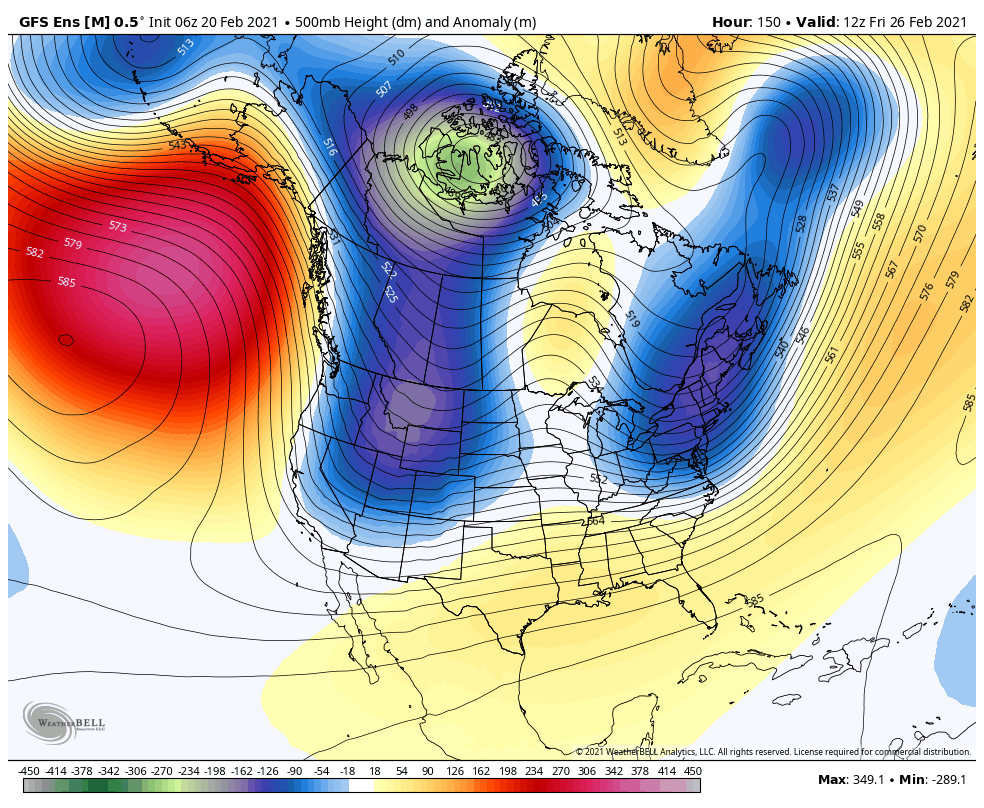 We may see additional cold fronts move down from the north Friday into next weekend. But any precipitation may stay to our east now. So the dry pattern may continue with just shots of colder air and gusty winds through the end of the month. 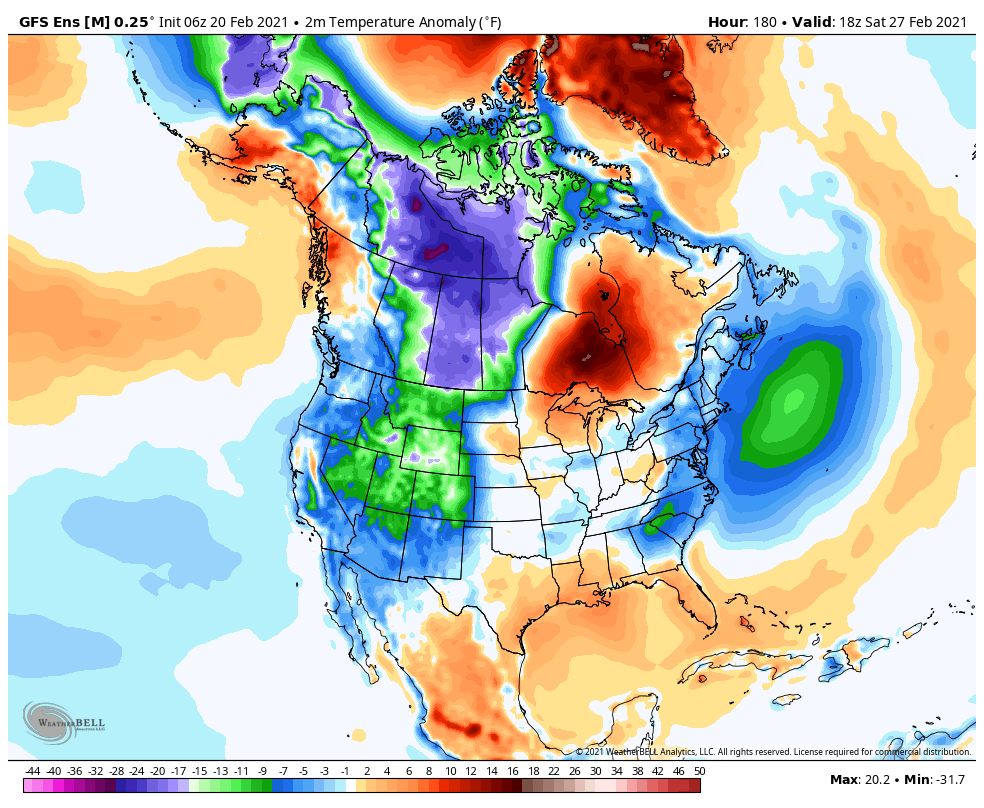 By day 10 we are starting the month of March. Hard to believe! When we have dry seasons we usually put all of our hopes on March. I'm not seeing any signs yet that give me confidence we could see big storms in March.

But the long-range models do continue to suggest that we could see the trough back west just a tad centered over or just off the West Coast during the 1st week of March. 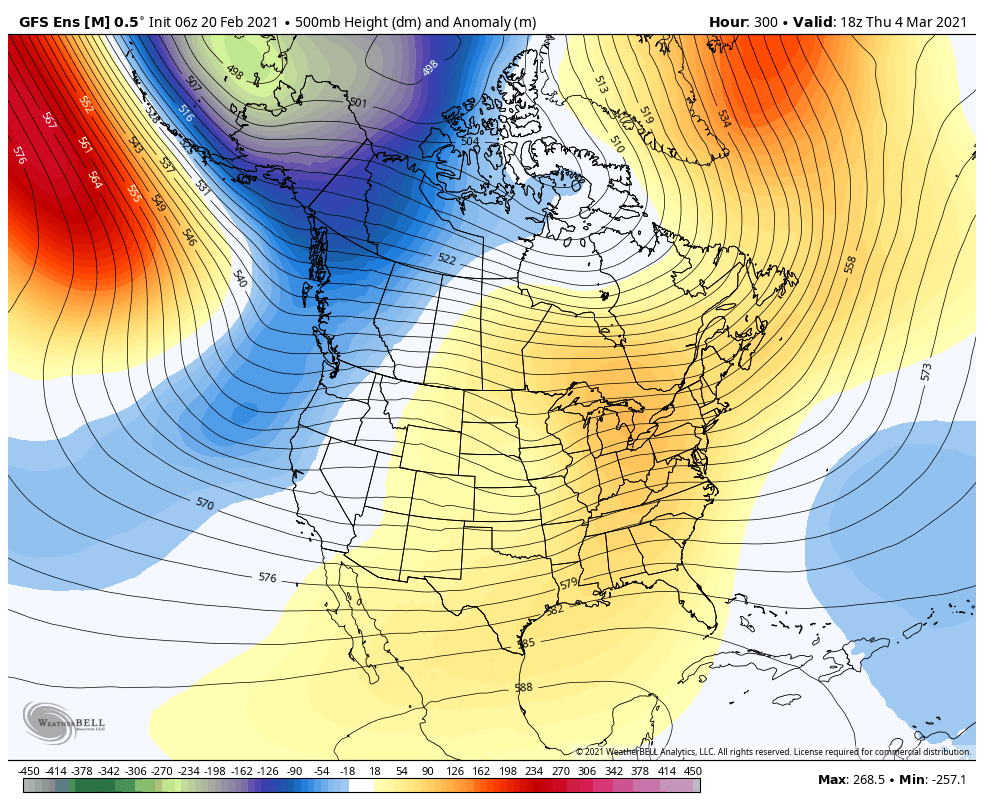 If that forecast holds, it could open up the door to a few storms tracking into CA that week. The long-range ensemble mean runs show increased precipitation that week. 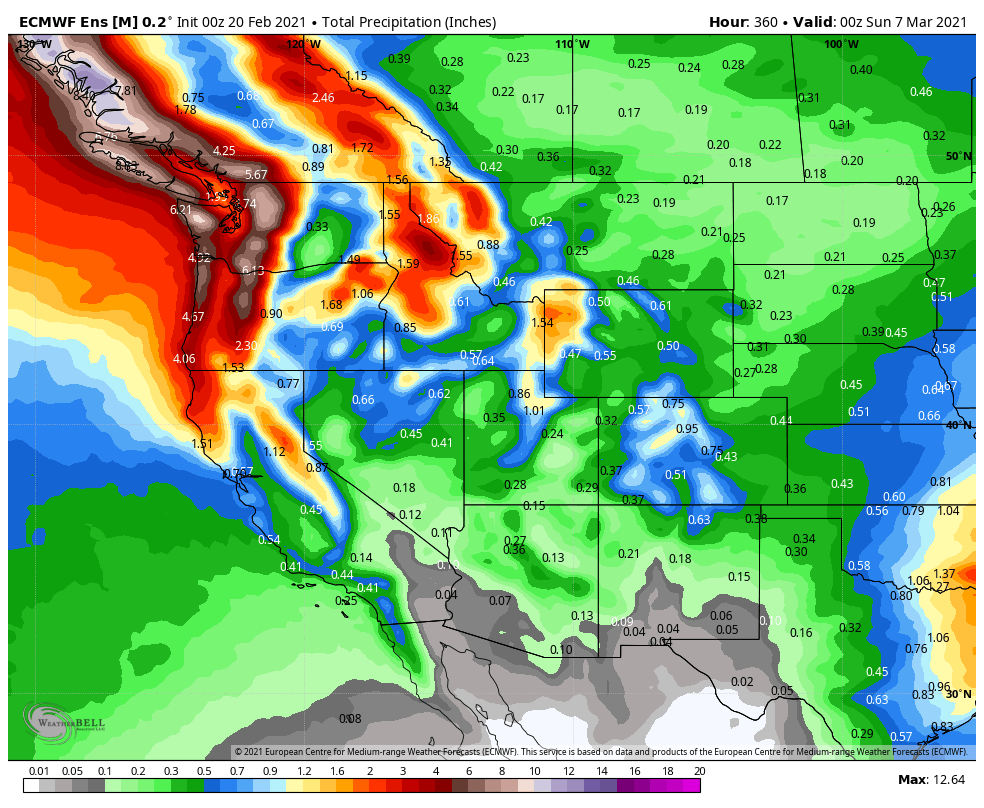 But they were also showing that for the last few days of the month, and have now trended drier. So not much confidence right now, but it looks like our only hope for the next measurable snowfall could be during the first week of March. I'll continue to monitor the trends in the long-range and I will let you know when we become more confident in storms returning...

On this week's episode of The Flakes Podcast, we talk to Powder Chaser Steve about top chases this season & being stuck in Interlodge at Alta/Snowbird along with several members of the OpenSnow team. Plus we go through the 5-day snowfall reports & forecasts for each ski state!