A Dry Week Ahead with Dry Cold Fronts... 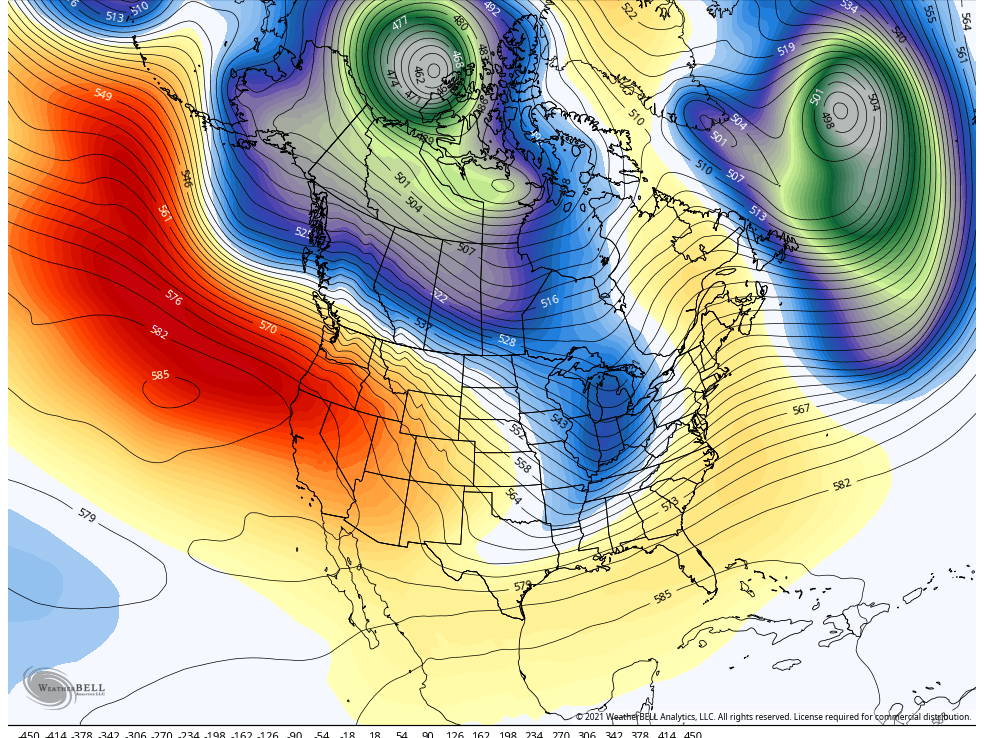 We have a dry pattern through at least Thursday. We warm up slightly Sunday into Monday and then cool back down by Wednesday with gusty winds. Then we warm back up slightly Thursday before cooling down again next weekend. We could see light snow Saturday. We may see more storms through the first week of March.

Not a cloud in the sky this morning. We have high-pressure building along the West Coast that will keep us in a dry pattern through at least Thursday. 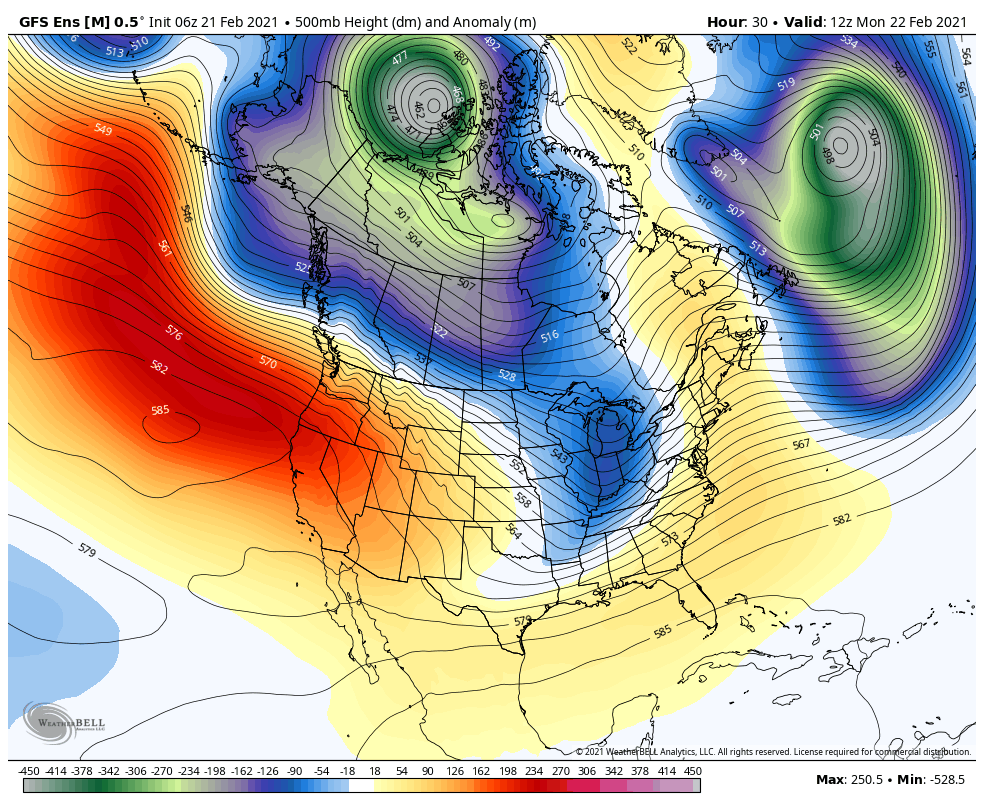 We will warm slightly with highs into the 40s at lake level and 30s on the upper mountains Sunday and then 40s Monday to near 50 degrees at lake level. Slightly above average. 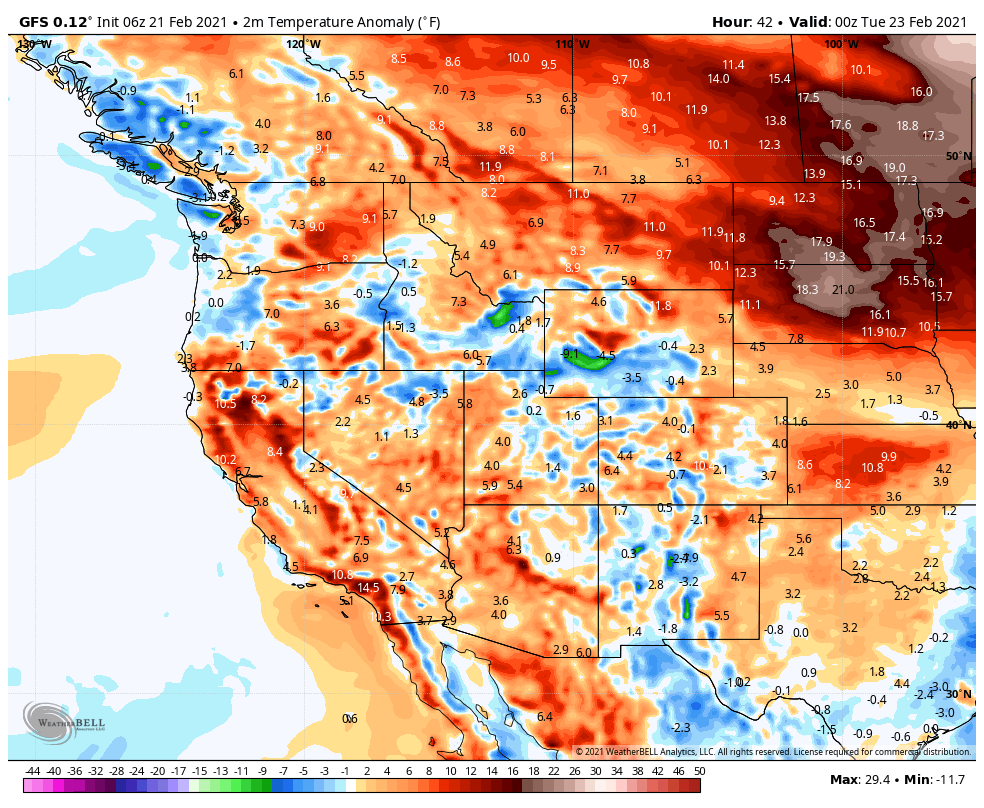 A dry cold front will move through Tuesday night. We may see highs in the 40s again for Tuesday but with ridgetop winds increasing to 40-50+ mph from the north/northwest. The cold trough digs into the West by Wednesday but the cold front is dry with the ridge still along the coast. 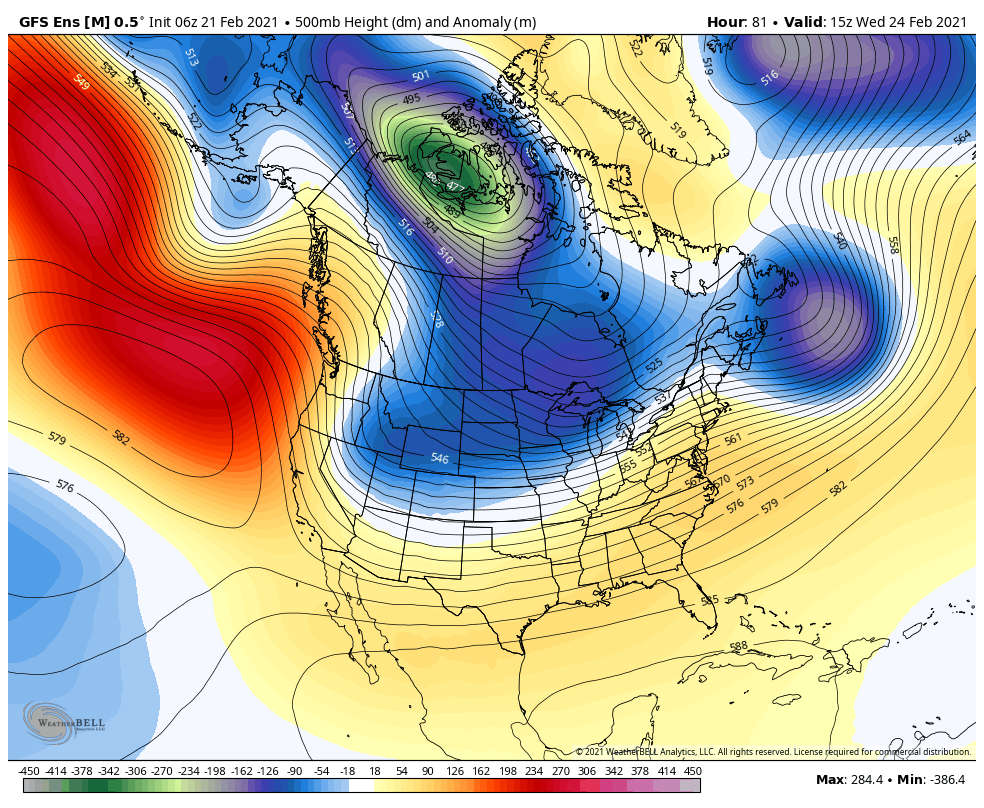 We will just see gusty winds continuing and some colder air for Wednesday. Ridgetop winds gusting to 60-70+ mph from the north/northeast. Highs only in the 30s on the upper mountains and low 40s for lake level. Slightly below average as we are on the western edge of the trough and colder air. 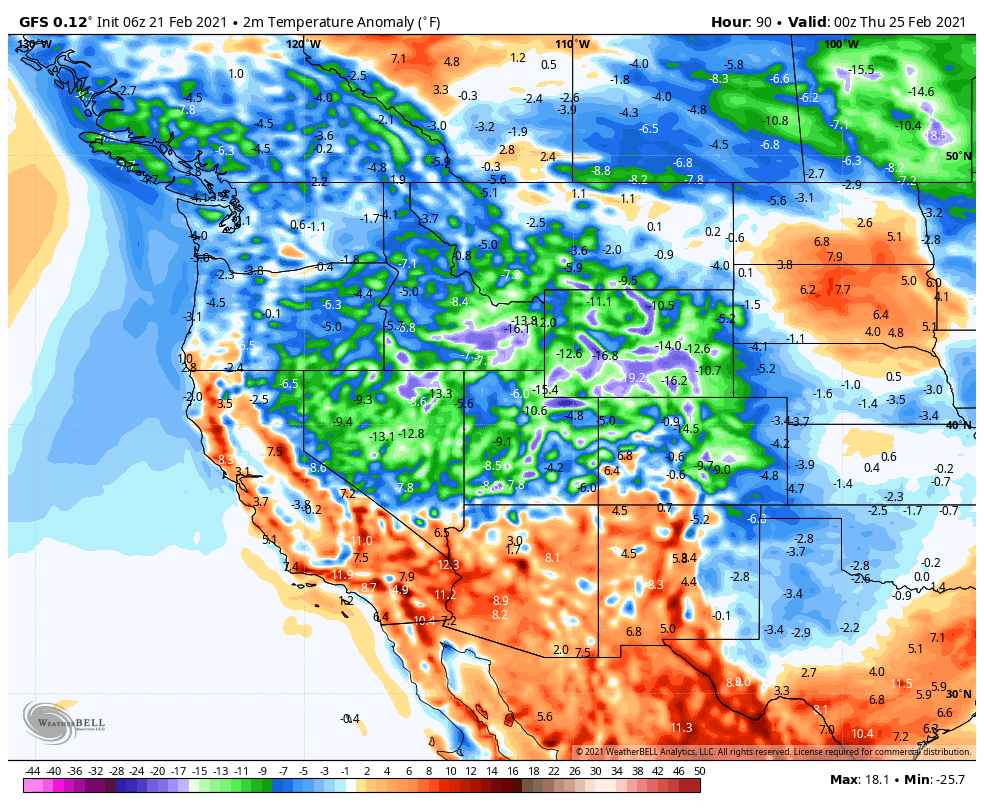 Then we warm a few degrees for Thursday. We should see mostly sunny skies throughout the 5-day period.

As we go through the last few days of the month and through the 1st week of the month, the long-range models continue to suggest that each trough digs south farther and farther west. The next trough and associated cold front dig south by Friday into Saturday. 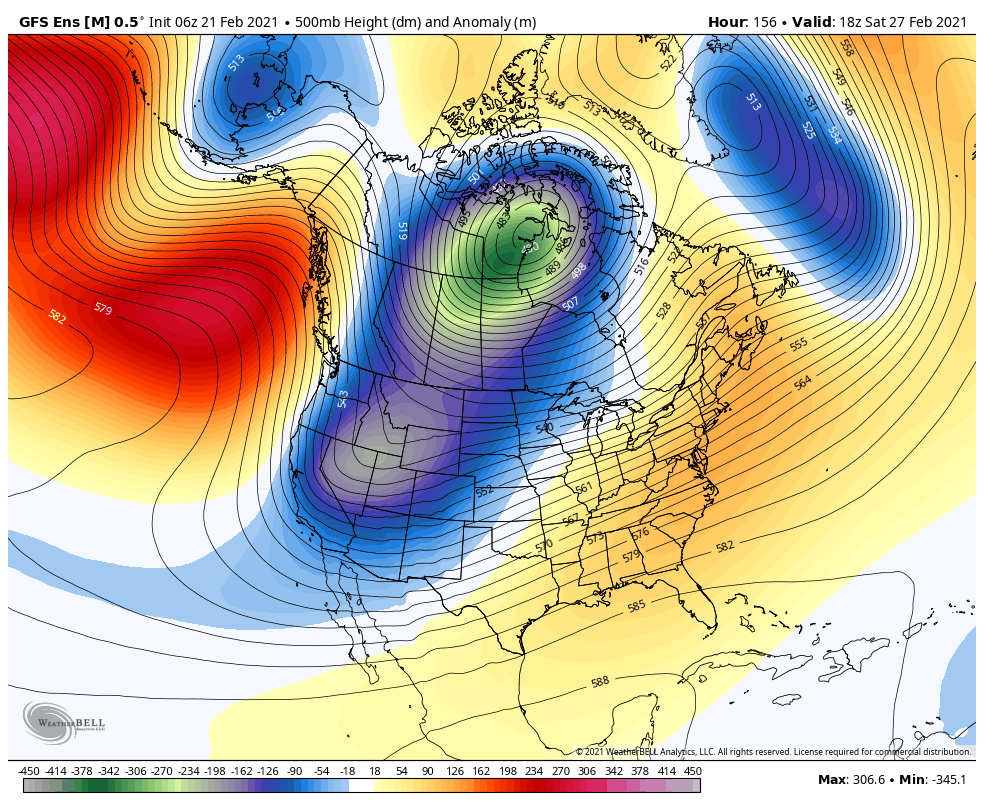 We may see another dry cold front sweep through Friday. Then another front Saturday could pull in a little bit of moisture for some snow showers. We will keep an eye on that all week. Highs drop back into the 30s on the upper mountains and low 40s at lake level. We may also see gusty winds again.

The long-range ensemble mean models show the possibility of light precip through Saturday from the systems sliding down to our east. (inside sliders) 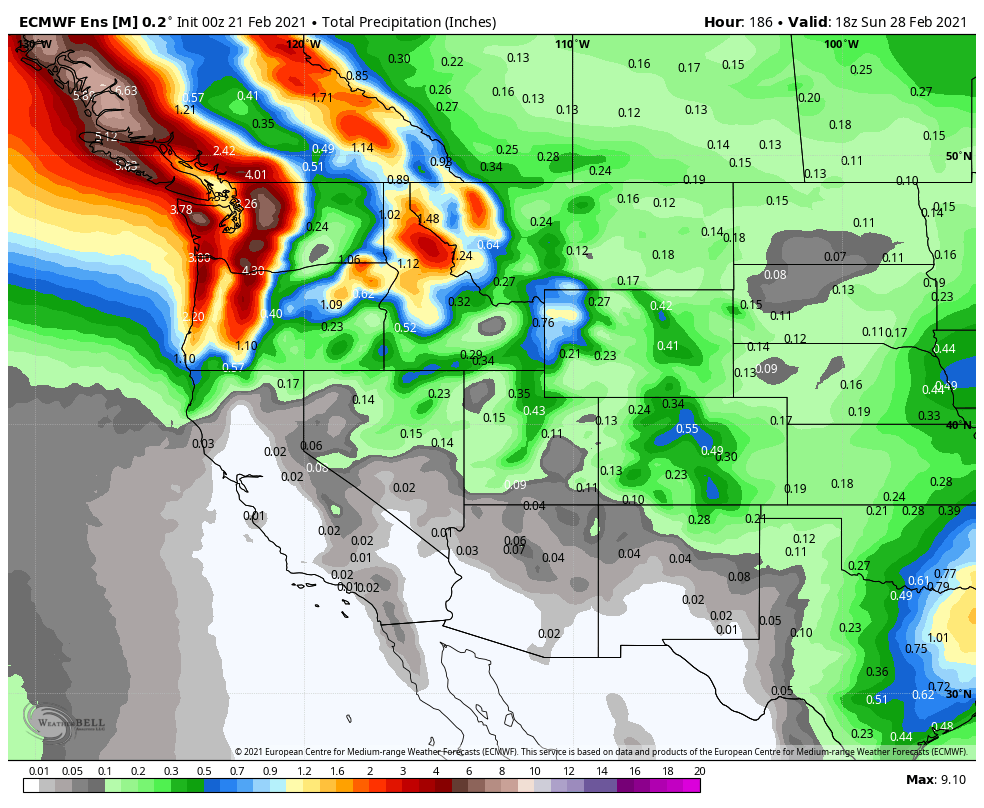 Then as we go through the 1st week of March the long-range models suggest that we could see trough digging down farther west along/off the West Coast. 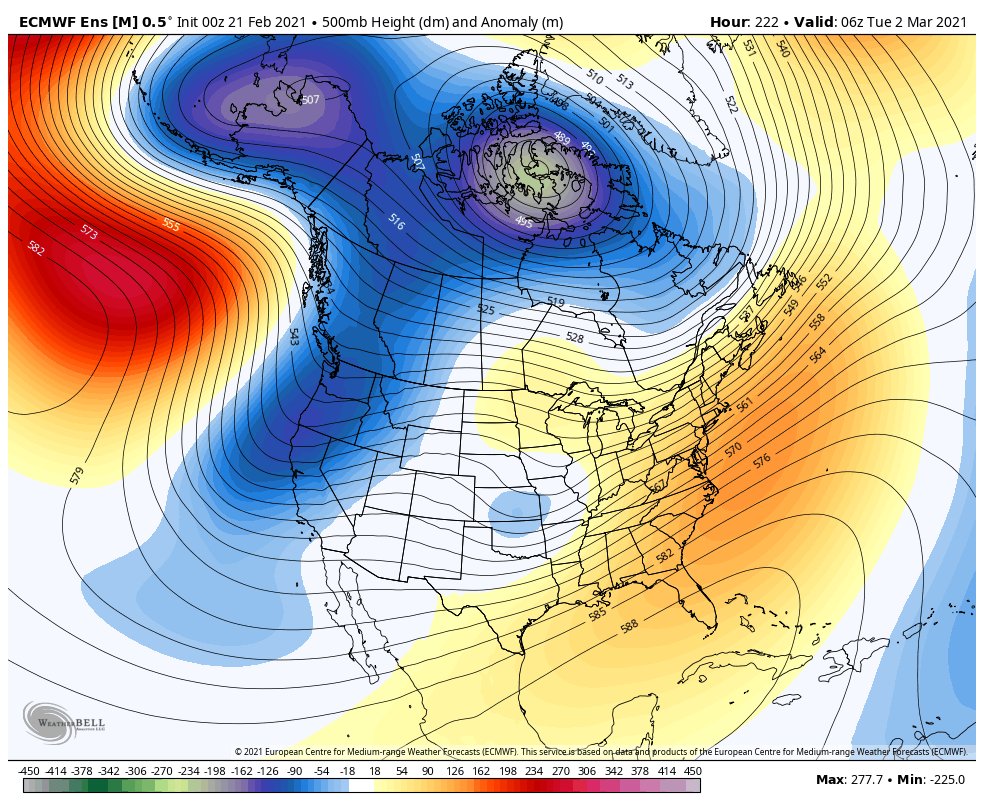 That may allow systems to spin up into the base of the trough off the coast picking up more moisture. We will be watching this period to see if we could see a few wetter systems move into CA through the 1st week of March. It's not a guarantee yet this is out at 10+ days in the fantasy range.

But the long-range ensemble mean runs continue to show increased precipitation chances, so we will keep watching closely as we get closer. 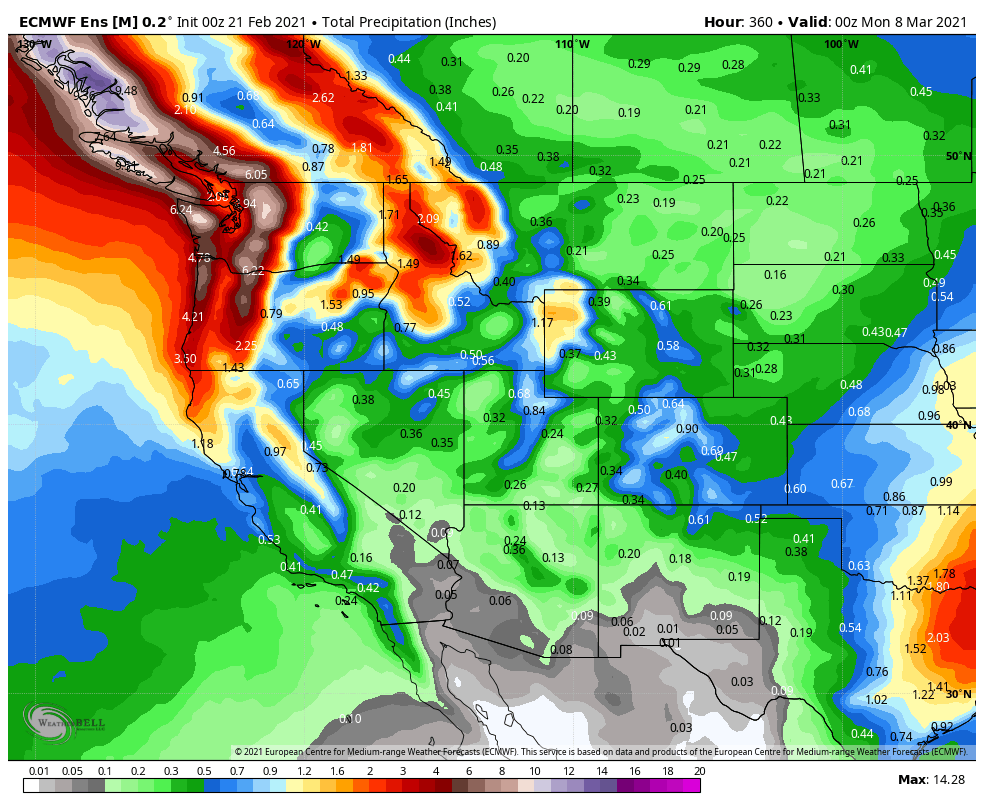 Looking out even farther, some of the longer-range models suggest that we could see the mean trough position continuing to be in the West through the month of March. 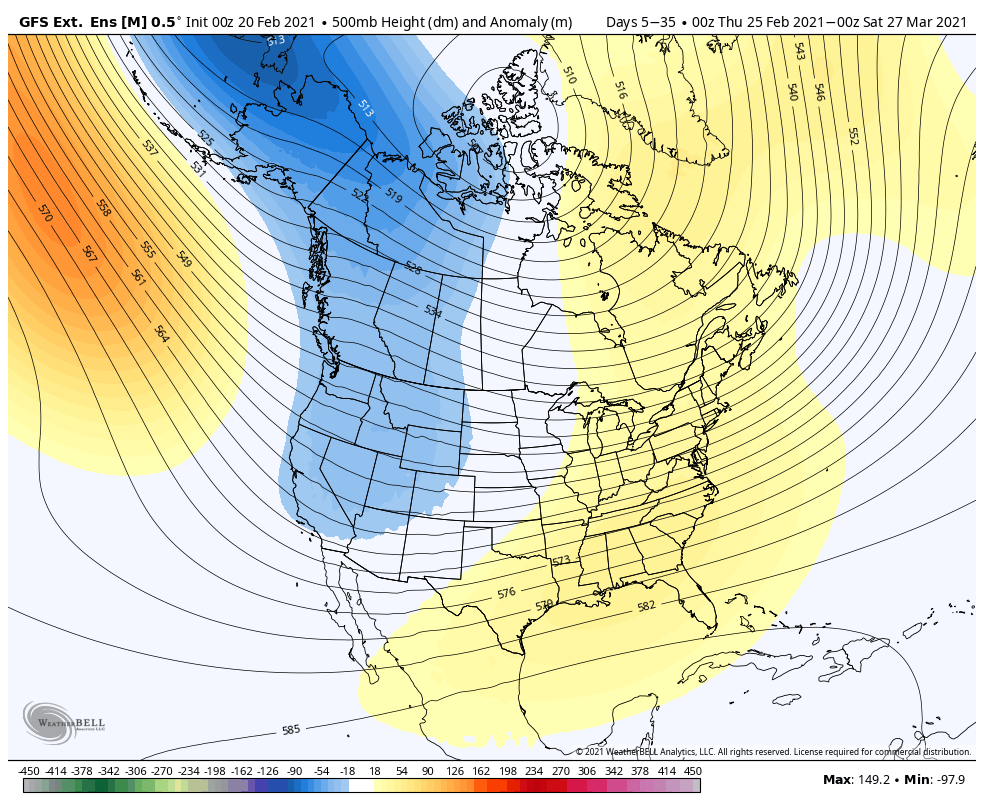 Hopefully, a bit off the coast so that we can see wetter systems and not just weak systems continuing to drop down from the north like we've seen a lot this season. Looking at the precipitation anomalies they show below-average precipitation through the 1st half of March and above average for the 2nd half. That would be similar to what we saw last season. We'll see...

The data will update daily, around 20z (12 PM Pacific), with the latest available information. The delay in updating to the early afternoon is due to the accuracy of the data being improved each hour after it’s initially available at 14z (6 AM Pacific).